“Not making rape scenes look sexy might sound like a no-brainer, yet avoiding this pitfall seems remarkably difficult. That’s because most popular media looks at women primarily through the lens of sexual attractiveness. Important female characters are uniformly young and alluring, while unconventionally attractive or older women rarely make it to the screen at all. It’s a troubling subtext: If women aren’t sexually attractive to men, what’s the point of them even existing? The impulse to sexualize women is so knee-jerk and compulsive that sexiness becomes functionally mandatory, which sets the stage for maximum creepiness any time those characters suffer, and particularly when they suffer sexual violence. As Rachel Edidin wrote in her critique of sexualized rape scenes, ‘Women are exaggeratedly—and always—sexy. They’re sexy on the phone. Sexy on the job. Sexy fighting. Sexy tortured. Sexy dead. Sexy raped.’ If you’re a woman in media, you’re basically the sexy Halloween costume of human beings in a world where Halloween never ends. Again, I cannot believe I have to say this, but if a movie or TV show can’t visualize a woman in non-sexual terms even for the brief duration of a rape scene, it has no business depicting rape scenes.” 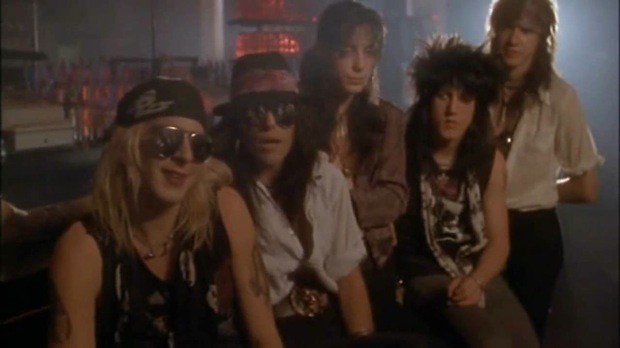 "'Nikki Sixx Told Me He Didn't Like It When I Called Him a 40 Year Old Heroin Addict': Penelope Spheeris and Anna Fox on 'The Decline of Western Civilization'": Interviewed by Jim Hemphill at Filmmaker Magazine.

“Filmmaker: ‘What kind of restoration work was involved? What shape were the original negatives in?’ Fox: ‘The situation with the first movie was a total nightmare. The negative was being stored at a lab that went out of business, and when they closed down they put this ad in Variety saying, ‘if you have anything in our facility, you need to come get it.’ Nobody saw that, of course, and when the lab shut down they burned the original negative.’ Filmmaker: ‘Oh my God.’ Fox: ‘Fortunately Penelope had a good clean print that she was able to make a new negative from. Then the major work became putting together all the extra features for the DVD. Once Shout! Factory came on board we would go to my mom’s vault and start digging out boxes and boxes of material that was on all kinds of different formats, including formats that aren’t even used anymore. Finding machines to play them back on was close to impossible. I have friends who collect weird music gear, so I would call them up asking if they had equipment that could play this stuff…I ended up borrowing a DAT player from Matt Sorum of Guns N’ Roses to listen to our audio tapes.’” 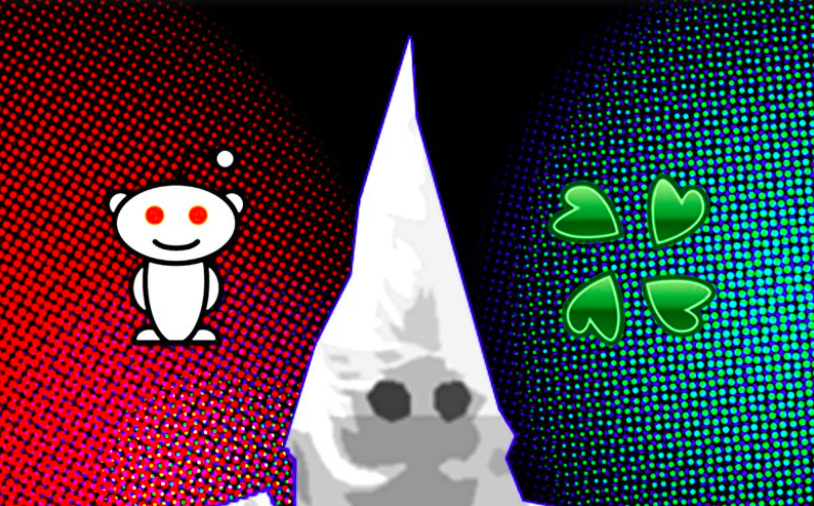 “According to the accepted wisdom, trolls were fiercely apolitical pranksters up until they put on Guy Fawkes masks and became the radical progressives known as ‘Anonymous.’ But Anonymous doesn’t have a monopoly on trolling’s political legacy. They are only its nominally left-wing manifestation. Something else has been growing in the online ferment they came out of—something that Anonymous and its supporters want to disown—a politics that is temperamentally of the right, not quite coherent, though Anonymous isn’t always either, but unified by certain passions, a conspiratorial bigotry and anti-black racism above all. This is another legacy of 4chan, the infamous online message board that spawned trolling culture. It is a different branch of politics than the hackitivism associated with Occupy Wall Street and the Arab Spring, but its roots are the same. While Anonymous has gotten most of the attention, the trolls they left behind on 4chan have seen their influence spread as well, though without a catch-all name or striking avatar to easily refer to them. You can see this other side of trolling’s inheritance spreading on popular sites like Reddit and in the widespread adoption of the rhetorical style they developed: using bombast and absurdism to hide racist tropes in conceptual riddles. If Roof was not directly shaped by that Internet culture, he nonetheless moved in the world it helped create.” 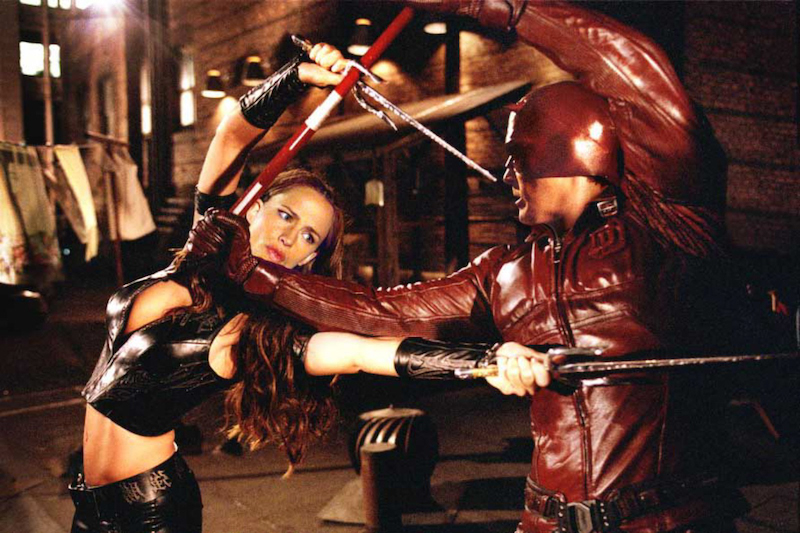 “It is not unusual for movie stars to meet and eventually fall in love and/or get married while on the set of what would turn out to be a pretty terrible movie. So the fact that Ben Affleck and Jennifer Garner met on the set of ‘Daredevil’ is not more or less unusual than Ryan Reynolds and Blake Lively meeting through ‘Green Lantern’ or Elizabeth Taylor and Richard Burton meeting via ‘Cleopatra.’ ‘Daredevil’ was pretty close to rock bottom for both Garner and Affleck in terms of would-be big studio releases, with one coming towards the end of an artistic freefall and the other coming towards the beginning of an emerging career. Affleck starred in the 2003 comic book actioner as Matt Murdock while Jennifer Garner starred as Elektra. Affleck’s career recovered and outright soared after ‘Daredevil’ to the point where securing him to play Batman a decade later counted as a major get. But Jennifer Garner’s career was permanently stopped in dead heat as a result of her ill-received comic book role partially because she did not have the avenues to rehabilitate herself accordingly.” 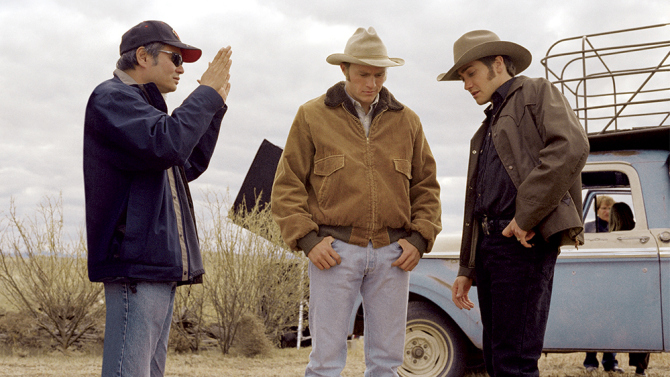 “Lee: ‘I cried at the end of reading the short story, and I couldn’t figure out why I was so moved. The language was unfamiliar to me. Actually, nothing was familiar to me. But the idea of a mysterious romance up on Brokeback Mountain — one that once you leave, you are always pursuing and can never get back — always haunted me. There was a moment in the story where Jake says, ‘All we got is Brokeback Mountain.’ That really hit me and touched my heart. I felt compelled to make the movie because of that mystery.’ Schamus: ‘I remember when I met Heath. He came to my apartment, in Columbia University housing. He arrived at my front door, and we’d been joking around about the tent scene where he spits in his hand. I pretended to spit in my hand before I shook his hand, and said, ‘Come on in, man. We’re doing this.’ I was such a fan already.’ Lee: ‘Jake met me, and I thought he was great for the part for a romantic love story. Heath came in and wanted to do it right away. I think he told me that he learned from one of his uncles, who is also a very macho, homophobic gay, much like Ennis, and also a rancher. I interviewed about 20 or 30 actresses for each of the female roles. Michelle Williams was the second one to read, and as soon as she walked in, I knew it was her. With Anne Hathaway, I didn’t really know her work. On the Universal lot for auditions, the casting director told me the next actress coming in to read was going to apologize for her clothes and makeup, but to just let her do that and go into the reading. Then Anne came in, wearing heavy makeup and dressed as a princess, because she was shooting a parade scene for ‘The Princess Diaries 2’ on the Universal lot. She used her lunch hour to audition for the part.’” 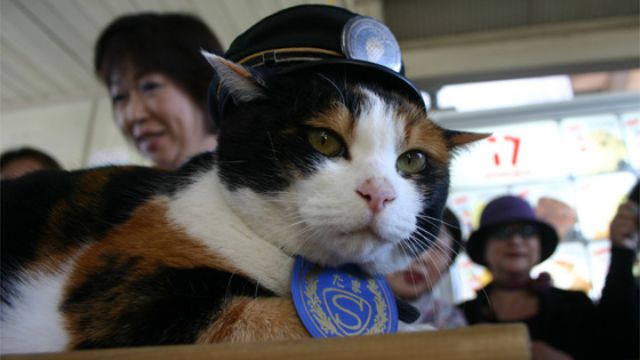 No Budge's Kentucker Audley presents Hunter Zimny's short film, "HEALTHY: A Documentary," on Indiewire, kicking off a new partnership between the sites.