"FEMALE HORROR JOURNALISTS YOU SHOULD BE READING (THAT AREN'T PLAGIARISTS!)" When horror writer (and Tarantino girlfriend) Lianne "Spiderbaby" MacDougall was accused of plagiarism this week, Indiewire's Sam Adams highlighted the reaction of one of her editors, who lamented that there aren't a lot of women writing in the horror community. B.J. Colangelo clearly doesn't agree, offering this list of potential Spiderbaby replacements.

"Quite frankly, as furious as I am, I'm sick of talking about it. She doesn't deserve the amount of free publicity (there's no such thing as bad publicity) she's getting for being a shitty journalist, and I'm not going to be the one who gives her anymore. The hard work of others was taken for granted and it is cruelly unfair that a thief will forever be a name we all remember, and there are individuals that still remain in the shadows. I want to be furious, I want to dedicate an entire article talking about how unforgivable the act of plagiarism is, but a thief is not worthy of my energy or analysis. At this time, I think the important action to take is to direct your attention to women that are far more worthy of your time and attention. The plagiarist in question has taken away opportunities from other women who are far more talented, and clearly, much more genuine than Miss 'Pen-Name from a 1968 black comedy.' Instead of bitching and moaning about this plagiarist, it's time to replace her."

"'Community's' Dan Harmon Reveals the Wild Story Behind His Firing and Rehiring." The reinstated showrunner tells The Hollywood Reporter's Lacey Rose why he was ousted from—and then brought back—to the cult-hit series, to the extent that he can explain. 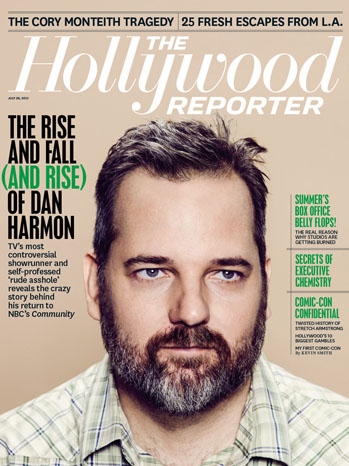 "For a journalist half-expecting an unhinged savant to appear before her for his first in-depth interview since rejoining 'Community,' Harmon disappoints. On this June morning on the Paramount lot, where the quirky ensemble comedy about a study group at Greendale Community College is filmed, he is articulate, thoughtful and disarmingly candid. There are no signs of the rage-filled prankster who rallied his crew to chant expletives at co-star Chevy Chase during the series' third-season wrap party. Instead, Harmon calmly lays out the events of the past year with the type of frankness and wit that have charmed his 200,000-plus Twitter followers and those who consistently turn up for his 'Harmontown' comedy shows. The only thing he can't offer is the definitive rationale for why he was replaced by season-four showrunners Moses Port and David Guarascio and then later rehired, but he insists that's because he wasn't provided one. 'They never took their hats off, held them over their hearts and said: "This is why we did that. This is why we're undoing that," ' he says." 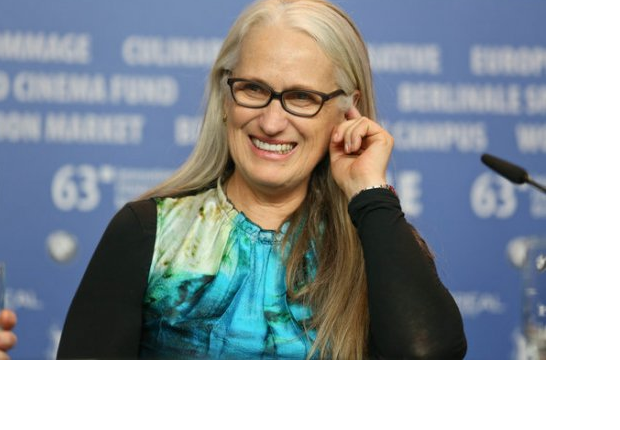 At The Telegraph, Benji Wilson interviews Jane Campion, who's unapologetic about her first foray into TV with "Top of the Lake."

"'Television is the new frontier. Film is conservative. I'm sick of it,'" says Jane Campion. It is a hand grenade, gently lobbed. That she says it sitting on a sofa in Cannes makes it all the more resonant: this is the same city in which Campion won the Palme D’Or for 'The Piano' exactly 20 years ago. Furthermore, it is a death knell to film that comes from one of the world's few genuine auteurs, a female non-conformist best known for films about female non-conformists, whose style varies from lyricism to borderline surrealist fantasy. To have Jane Campion call film 'conservative' is distinctly radical. But then Campion has an ace in the hole: she has a made a six-hour television series, 'Top of the Lake,' that is so singular and penetrating, it does indeed make television seem like the new frontier."

"The French like to make fun of the British, joking about their repressed ways in matters of the heart. But when it came time to debate same-sex marriage, it was France that betrayed a deep conservative streak in sometimes violent protests — while the British showed themselves to be modern and tolerant." 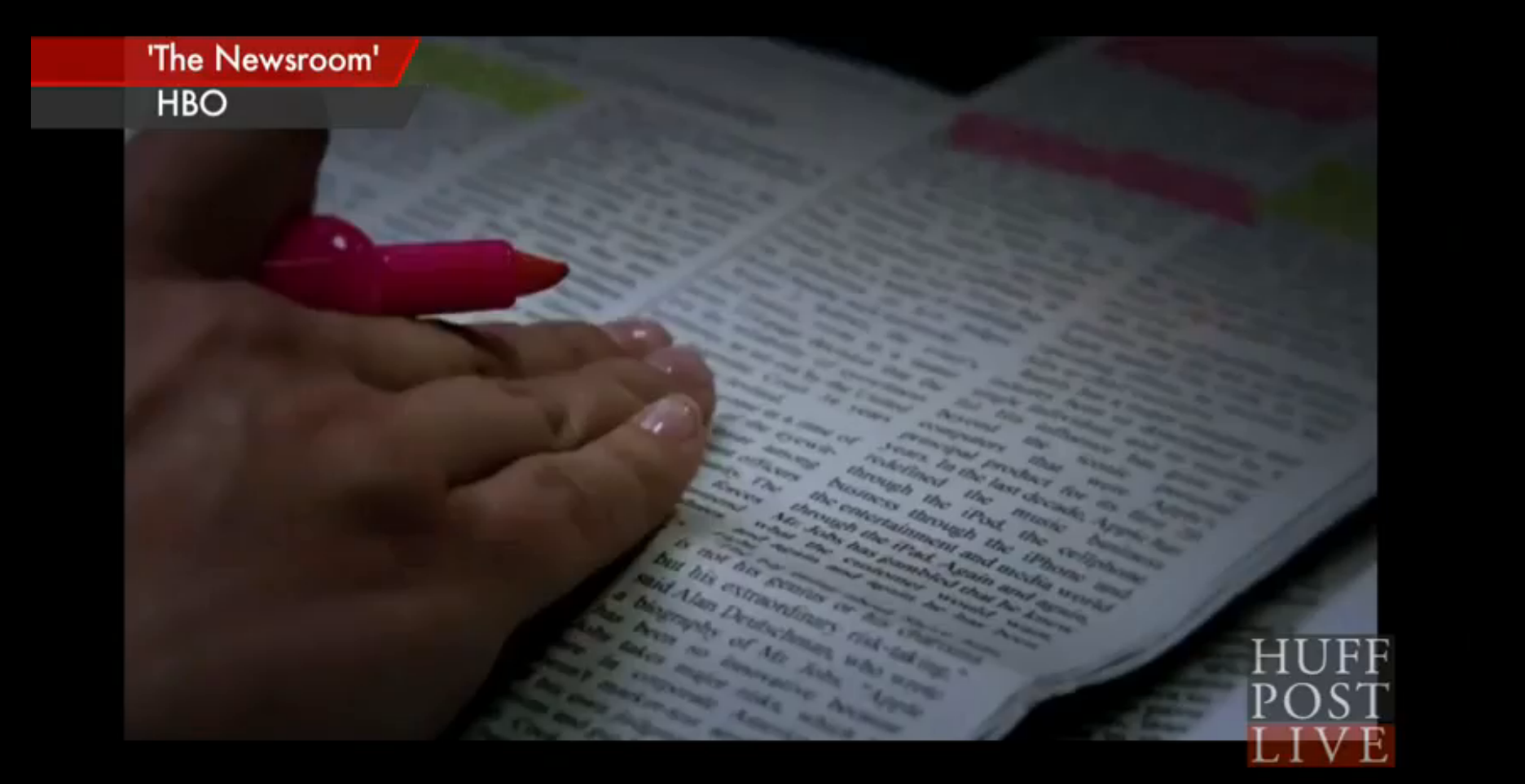 "I Like 'The Newsroom'." A fan asks whether critics have been too harsh on Aaron Sorkin's HBO series. RogerEbert.com editor Matt Zoller Seitz participates: "I think there's a sense to disproportionately tromp on this show and nitpick every aspect of it." Included: Some praise for the same-titled, vastly superior Canadian series 'The Newsroom,' created by and starring Ken Finkleman, and a comparison of the show's first and second season credits sequences.

At Dangerous Minds, David Lynch recalls how he became a filmmaker.