"Orange Is The New Black: Season 2": Entertainment Weekly critic Melissa Maerz gives the hugely hyped new season an A grade. Related: New York Times critic Mike Hale offers his take. See also: The Washington Post's Emily Yahr delves into the first half of Season 2, which will be a treat for binge-watchers and a spoiler-laden land mine for everyone else (you've been warned).

“‘Orange Is the New Black’ might be the closest thing we have to Charles Dickens right now: a sharp denunciation of an arcane system, driven by hardscrabble characters with whimsical names that define who they are and what they like. This season delves further into the complicated lives of Poussey (Samira Wiley), Crazy Eyes (Uzo Aduba), and Taystee (Danielle Brooks), making them even more sympathetic, especially when Taystee's old drug-dealer boss Vee (Lorraine Toussaint) shows up. (Minor spoilers ahead.) And when Piper (Taylor Schilling) starts snooping into allegations of fraud at Litchfield, OITNB continues its savvy critique of officials who benefit from the oppression of the poor — what, exactly, is Fig (Alysia Reiner) doing with those prison funds? — and prisoners who manipulate the goodwill of officials. And there's no better satire of white privilege on television: When Larry (Jason Biggs) tells Piper that he just stood in line for hours to get a much-hyped ‘bagnut’ — half bagel, half doughnut — she sighs, ‘I forgot what it's like to have all that freedom to waste.’” 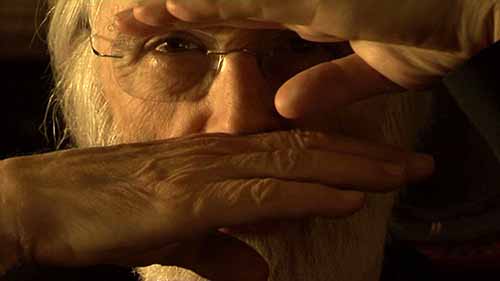 "Three Masters: Spielberg, Anderson, Haneke and Their Audience": A. Jay Adler of Bright Lights Film Journal writes a superb essay dissecting how the three great directors relate to their audiences through their respective 2012 features: "Lincoln," "The Master" and "Amour."

“The notions of ‘external justification’ and ‘effects’ are complicated by the thought that the reader, viewer, or listener is the artist himself. I think, of myself, for instance, that I write for an ideal reader, and that ideal reader is me, with my sensibility, only smarter, someone who can read – decode – without knowing, as the reader, everything I as the writer write, or encode, and more. I wish, then, to consider with regard to three modern filmmakers and their most recent (at this writing) films – Steven Spielberg and ‘Lincoln,’ Paul Thomas Anderson and ‘The Master,’ and Michael Haneke and ‘Amour,’ all released in 2012 – where they stand, as filmmakers, in relation to ‘I write because making things out of words is what I feel compelled to do’ and ‘to locate the value of the writing either in its effects or in the verisimilitude it achieves is to grab the wrong end of the stick.’ Because the relationship of the filmmaker to his artistic act and also to his viewer is my focus, I wish very briefly to begin with their relationship to my viewership.” 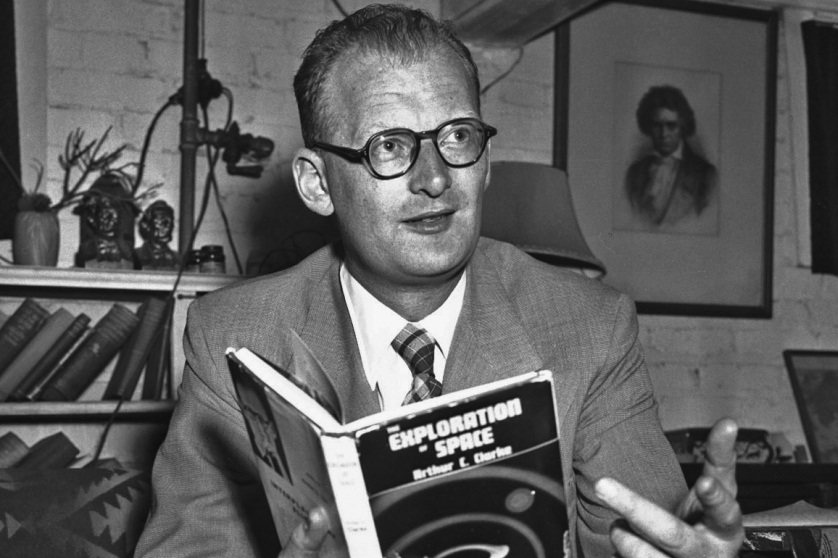 “‘If by some miracle some prophet could describe the future exactly as it was going to take place, his predictions would sound so absurd, so far-fetched that everyone would laugh him to scorn.’ That was Sir Arthur C. Clarke, science fiction author best known for '2001: A Space Odyssey,' describing the inherent folly of predicting the future in a 1964 BBC documentary. Of course, he then goes on to do exactly that – with remarkable, unnerving accuracy.” 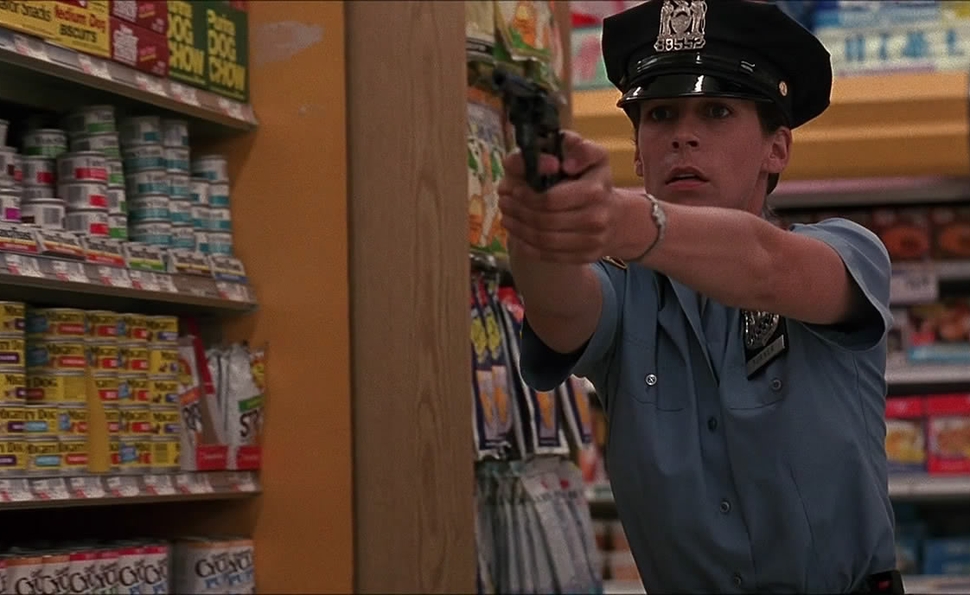 "After 'Near Dark,' Kathryn Bigelow crystalized her obsessions with 'Blue Steel'": A typically sublime piece from The Dissolve's Nathan Rabin.

“‘Blue Steel’ is already half a horror movie, but it would only take a single cheap special effect (say, an eerie glow emanating from the revolver just before Eugene picks it up) to transform this into a supernatural horror movie about a seemingly normal, non-violent man who devolves into a deranged, homicidal lunatic the moment he picks up the robber’s haunted gun. In ‘Blue Steel,’ the gun has a talismanic quality; it’s nearly as much of a character as Eugene. Once it’s illegally in his possession, Eugene and the gun become inseparable; James Woods in ‘Videodrome’ wasn’t as attached to the firearm that was literally part of his body as Eugene is to his .44. Once he begins thrill-killing people with it, that gun becomes an essential part of his identity. He is no longer Eugene the nebbishy nerd who responds to the threat of violence by dropping to the floor: He is now the .44 Killer, a malevolent force rampaging through New York at night, using gun casings into which he’s lovingly carved Turner’s name, in a somewhat misguided display of affection.” 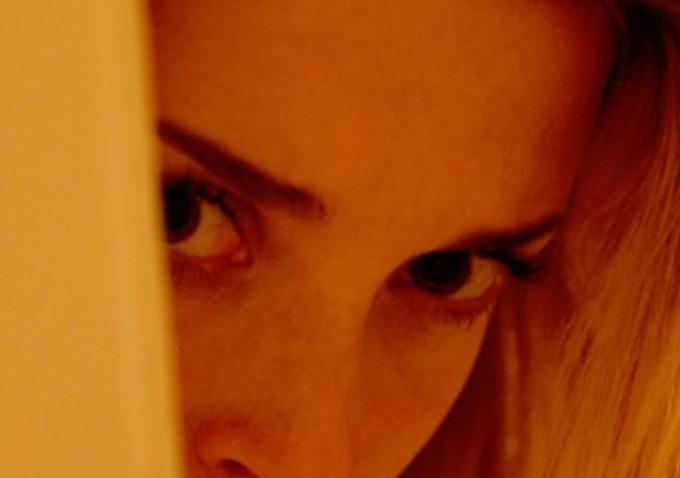 "Tom Cruise Sustains the Enjoyable 'Edge of Tomorrow,' But You Have Better Movie Options This Summer": In his review of Doug Liman's sci-fi thriller for Indiewire, Eric Kohn recommends two upcoming indies, "Coherence" and "Premature."

“The movie works just fine as a mild distraction, but arrives in theaters with a fanfare that suggests a far grander achievement. That's largely because it benefits from a contrast with its competition. Now that the Wachowskis' ‘Jupiter Rising’ has been pushed to next year, ‘Edge of Tomorrow’ is indeed the most original science fiction blockbuster of the summer, but there are much stronger options on a smaller scale. Chief among them is ‘Coherence,’ which hits theaters in New York and Los Angeles on June 20th. Joining ‘Primer’ and ‘Timecrimes’ as one of the best time-bending science fiction movies of the past 10 years, writer-director James Ward Byrkit's supremely clever and economical comedy-drama finds a group of friends trapped in a war with alternate versions of themselves when a passing comet merges their universes during a dinner party.” 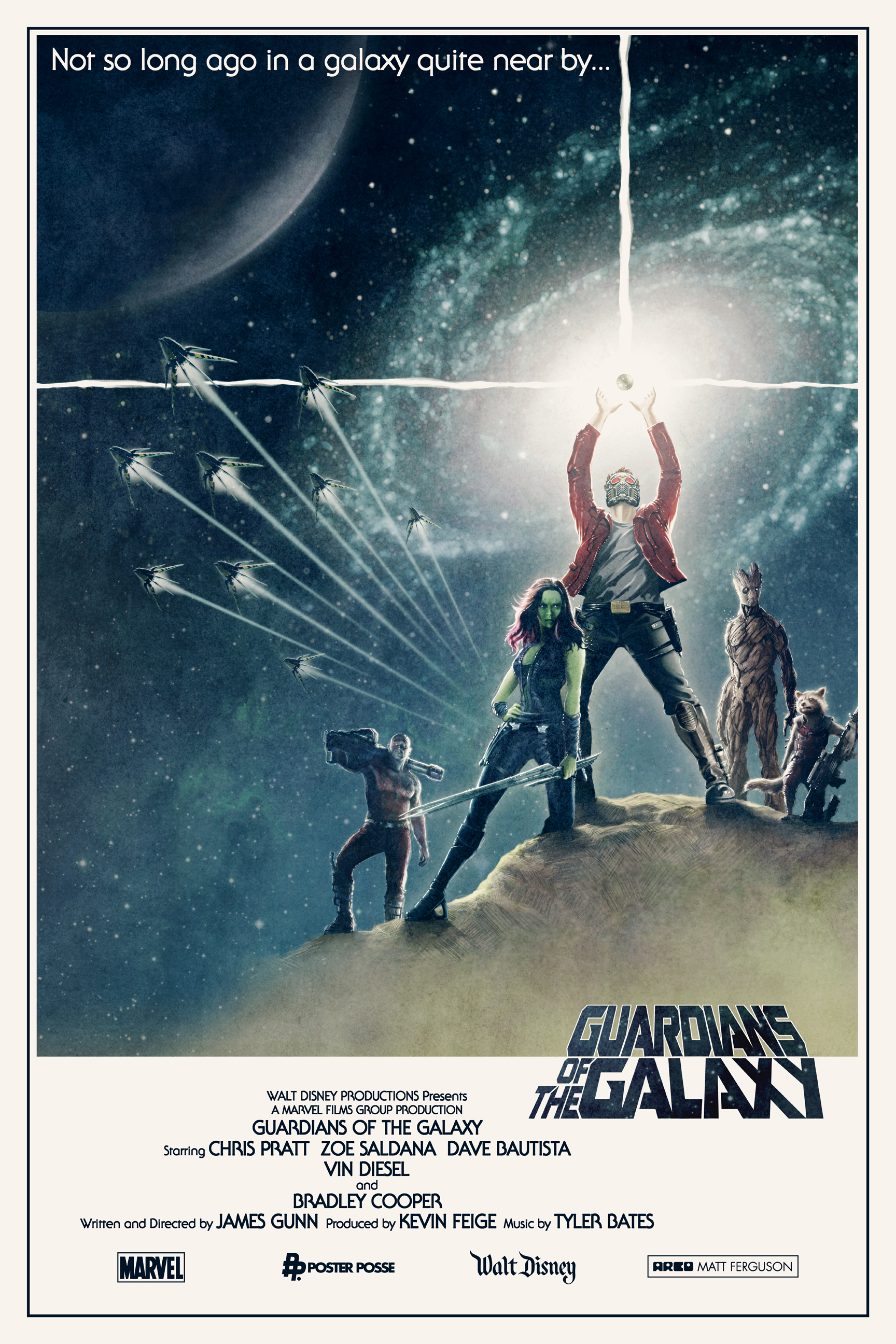 The visual wizards at Poster Posse have generated a great deal of online buzz with their gloriously nostalgic fan-made poster for James Gunn's upcoming summer blockbuster, "Guardians of the Galaxy," designed in the vein of the original "Star Wars" poster.

The Charm Of 2001: A Space Odyssey from Jim Casey on Vimeo.