"Jean Harlow: Bombshell": A wonderful essay on the iconic actress from our contributor Dan Callahan at The Chiseler.

“Harlow was born Harlean Carpenter in 1911, and she married at 16 to a society boy, but she worked for a while as an extra at star-struck Mama Jean’s urging, getting her skirt caught in the door of a car and walking away with her black underwear showing in ‘Double Whoopee’ (1928), a Laurel and Hardy short where childlike Ollie seems genuinely hot and bothered by this cotton candy blond looker. She posed for beautiful semi-nude shots for Edwin Bower Hesser in Griffith Park with her body covered only by a wet piece of fabric, showing off her curves for him with joy and abandon, but Harlow was still stiff in front of a moving picture camera. Bit parts proliferated, including one with Bow in ‘The Saturday Night Kid’ (1929), where Harlow had one line of dialogue that she delivered in an amateurish way as she looked at her watch. Harlow fell under contract to breast-obsessed Howard Hughes, who put her in his aerial epic ‘Hell’s Angels’ (1930) as sexpot relief. He had a party scene shot in two-strip Technicolor in order to show off the pearly beauty of his new star’s skin, her breasts barely covered by her backless dress, and though Harlow delivers dialogue in a very stilted way in ‘Hell’s Angels,’ she already had a way of looking at men that was unmistakably carnal. ‘Would you be shocked if I put on something more comfortable?’ she asks Ben Lyon in ‘Hell’s Angels,’ taking joy and pride in the way she makes his temperature rise. The distinctive thing about Harlow is her total lack of shame about sex on screen, her sheer anticipatory enjoyment of it as an idea, and an ideal of pleasure, a force that totally loosens her up. Harlow’s relation to sex in her movies makes Bow seem slightly jittery and insecure about it in comparison, and makes Monroe look like a sexual basket case.” 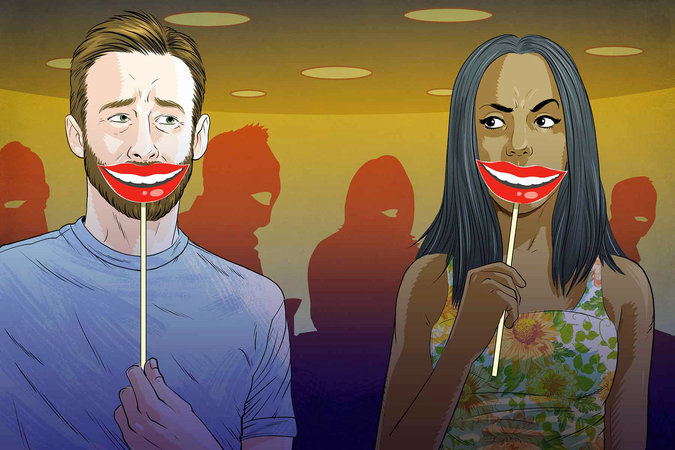 "Adjusting to a World That Won't Laugh With You": At The New York Times, A.O. Scott explores the modern humor crisis.

“Laughter is supposed to be a unifying force, a leveler of distinctions and a healer of divisions. But it often seems to be just as divisive as anything else in our angry and polarized climate. Can’t we just all have a good time together? But maybe comedy has become the way we argue about matters that are too painful, awkward or explosive to address in other ways. In our self-conscious, suspicious and defensive time — when the default settings of public discourse seem to vacillate between piety and rage — comedy might be the only widely available vehicle for the arguments we otherwise don’t want to have. Fighting about what is or isn’t funny is our way of talking about fairness, inclusion and responsibility. Who is allowed to tell a joke, and at whose expense? Who is supposed to laugh at it? Can a man tell a rape joke? Can a woman? Do gay, black or Jewish comedians — or any others belonging to oppressed, marginalized or misunderstood social groups, or white ones for that matter — have the exclusive right to make fun of their own kind, or do they need to be careful, too? It’s pretty clear that these questions are not only about what happens on television or in front of a brick wall under a spotlight.” 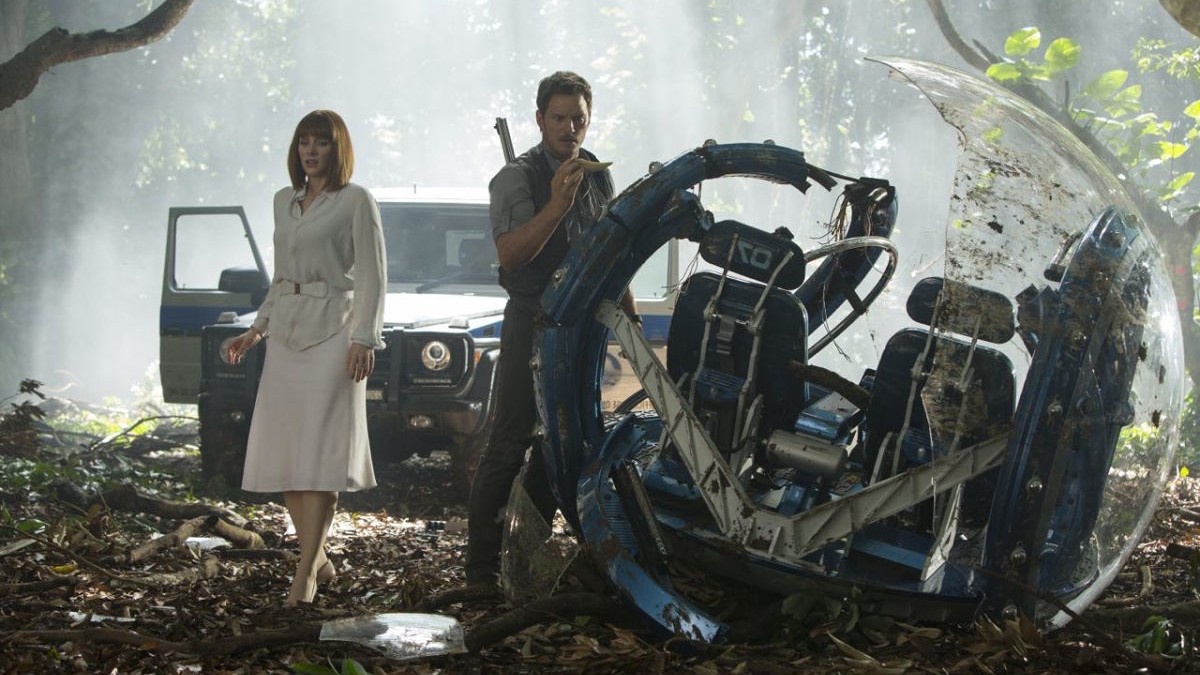 "'Jurassic World' And The Slow Death Of The Mid-June Summer Box Office Champion": Scott Mendelson of Forbes explains how the June release of the latest dino-laden franchise reboot harkens back to an earlier time on the summer movie calendar.

“Going back to 1981, Steven Spielberg’s ‘Raiders of the Lost Ark’ became the biggest-grossing film of the summer via an opening on this same early June weekend. The same frame gave us ‘E.T.: The Extra-Terrestrial’ in 1982, ‘Trading Places’ in 1983 (second only to ‘Return of the Jedi’ that summer), and ‘Ghostbusters’ and ‘Gremlins’ in 1984 (the first and third top grossers, with the Memorial Day release of ‘Indiana Jones and the Temple of Doom’ in the middle). 1988 gave us ‘Who Framed Roger Rabbit’ in late June while of course brought Batman and its record-breaking $42m debut in the same late-June berth. The next few summers offered what amounted to Hollywood trying to get the next Batman (or a Batman sequel). We had presumptive summer champions like ‘Dick Tracy’ (1990), ‘Robin Hood: Prince of Thieves’ (1991), ‘The Rocketeer’ (1991), ‘Batman Returns’ (1992), ‘Last Action Hero’ (1993), ‘The Lion King’ (1994), and ‘Batman Forever’ (1994)in mid-to-later June.  I do not need to tell you which of those films did not necessarily dominate the respective summer seasons, but they were all somewhat expected to either top the summer crowd or be among the very biggest movies of the summer. Spielberg returned to this key second weekend-in-June slot in 1993 for ‘Jurassic Park,’ which was the presumed summer champion, and we all know what happened then.”

“In one of his latest projects, a hilarious little web-series called The Filmmaker Diaries, Luke Neumann tackled that challenge head on. The final product is both well-executed and tremendously surreal. Plus, Luke was gracious enough to show everybody how exactly he pulled off the various effects used in the sequence, which range from nifty cinematography tricks to some compositing and color magic that he crafted in After Effects.The main effect used here is one in which Pete, who is tripping balls thanks to some surreptitiously-placed magic mushrooms, has a conversation with three different versions of himself. If this had been done with multiple shots, it would be easy to edit together, but Luke chose to shoot this in a single take with a motorized panning head from Syrp. To pull it off, he shot four variations of the scene, with Pete placed in a different location for each shot. It's key that the panning motion in each of these shots happens at a consistent speed (hence the motorized head) so that they're easy to line up and composite together in post.Speaking of the post process for this effect, bringing it all together was extremely simple. First, Luke synced up each of the shots by stacking them upon one another and turning on the ‘difference’ blend mode. This technique makes it very easy to see when the shots are perfectly in sync with one another. Then it was simply a matter of masking out and tracking each version of Pete as the camera moved around the circle.”

"'Silicon Valley' Recap: The Curse of Schrödinger’s Cat": At Vulture, our critic Odie Henderson offers his take on the latest episode of HBO's acclaimed sitcom.

“My mother wanted me to be a lawyer when I grew up. I resisted because I knew Odie Henderson, Attorney at Law would run commercials at 3 a.m. asking if you’d been in an accident. I would not have fit the romanticized notions of the law that Mom obtained from Perry Mason and Atticus Finch, notions that have led more than one fictional story to wrap its third act in a court battle. Stories that do this are legion, and occasionally more than just a little lazy, because courtrooms have become dramatic shorthand. They’re a means to immediately involve us with their old-fashioned delineation between good and evil. We know a clear winner will emerge victorious at the end. When I saw that ‘Binding Arbitration’ was this week’s ‘Silicon Valley’ episode title, I was a bit nervous. It’s not that I don’t like courtroom drama — I watch ‘Judge Judy’ religiously in the hopes somebody will throw a brick through her car windshield in anger, and I was hooked on ‘L.A. Law,’ ‘Perry Mason,’ and ‘My Cousin Vinny.’ My fear came from all the ways director Mike Judge and screenwriter Dan O’Keefe could botch this episode, from comically inept lawyers to ridiculous out-of-left field revelations. Thankfully, ‘Binding Arbitration’ avoids numerous pitfalls while yielding a successful, well-balanced episode, the second-best of this season.” 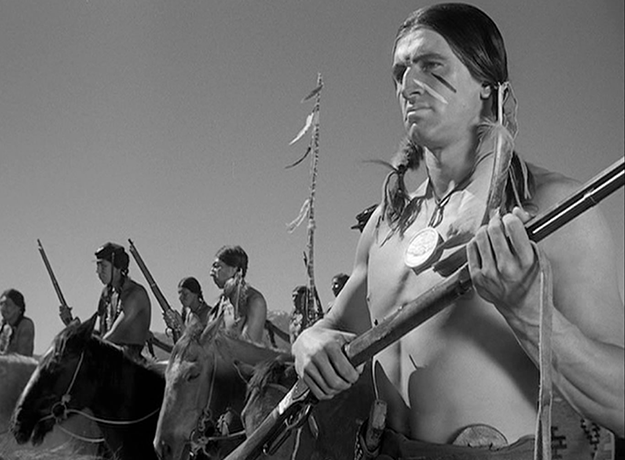 Lindsay Ellis analyzes the "Mad Max" franchise in this insightful installment of the Loose Canon series.