"A Look Back at the 23rd Chicago Underground Film Festival": Nelson Carvajal reports on highlights from the festival at Indie Outlook.

“[Amir] George’s film ‘Shades of Shadows’ is a collaboration piece with the soul band The O’Mys and it uses archival footage of various ritual sacrifices and acts of mysticism that illuminate the African diaspora. Eugene Sun Park and Sara Zalek’s ‘Spawned Seeds’ jarringly presents a vision of kabuki theatre that looks to be rendered through the mind of David Lynch. Andrés Passoni’s ‘Campeón’ seductively manipulates a greyhound dog race track meet to be an almost slow motion pornographic experience, punctuating in on the movement of a dog’s mouth and its body transformation in various stages of the race. A personal favorite entry is Carol Nguyen’s ‘This Home Is Not Empty,’ which observes a small white cardboard house, and the room(s) inside. The ominous ambient score eventually gives way to a splice that takes the viewer out of the house and forces them to stare at handheld photos from the filmmaker’s own childhood—presumably in the actual rooms that the cardboard house recreated. It all climaxes with the cardboard house getting set on fire. It’s simple yet delicately woven together, so that it feels like more than just a visual diary. There’s a vision and a confession here. Inevitably, with a festival like CUFF, a non-festival goer might shrug and ask, ‘What is underground cinema? What does it all mean?’ It’s not clearly defined. Many of this year’s entries are hardly similar to one another. For me, underground cinema is more of a spirit, a personality even. In the general arena of movies, ‘underground’ is dirtier, sexier, more profane and ultimately naked with its voice and feelings. It’s hard to summate it as simply ‘off-kilter cinema.’” 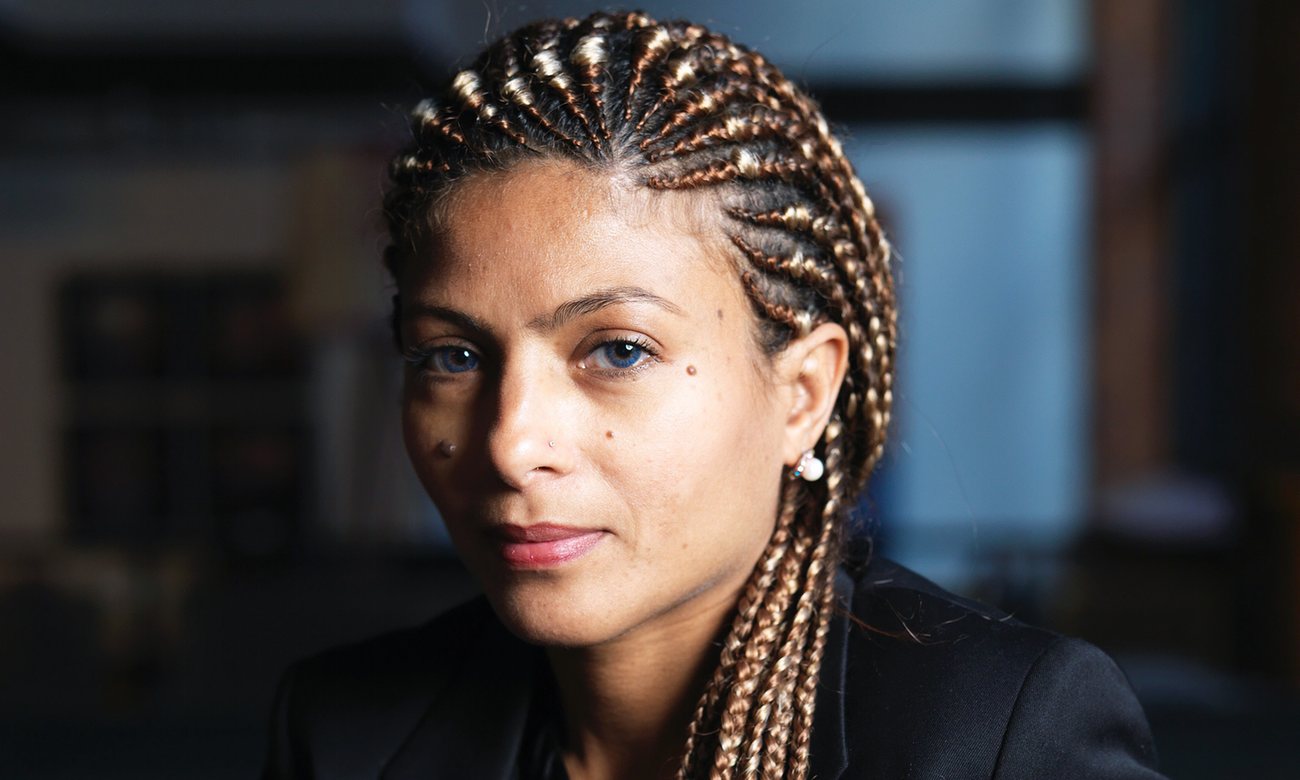 "The first 50 lashes: a Saudi activist's wife endures her husband's brutal sentence": The Guardian publishes an essential excerpt from Ensaf Haidar's new book, "Raif Badawi, The Voice of Freedom: My Husband, Our Story."

“The man himself could not be made out in the video. But I saw clearly that he was striking Raif with all his might. Raif’s head was bowed. In very quick succession he took the blows all over the back of his body: he was lashed from shoulders to calves, while the men around him clapped and uttered pious phrases. It was too much for me. It’s indescribable, watching something like that being done to the person you love. I felt the pain they were inflicting on Raif as if it was my own. The men I had seen in the video might as well have put me in a square and flogged me. But worst of all was the feeling of helplessness. I sat on my sofa, wrapped my arms around my legs and wept. I don’t know how long I sat there for. The phone rang several times, but I didn’t answer. How was Raif now, I wondered. How severe were the wounds that he had suffered from this brutal abuse? Had they broken his bones? The violence of the blows almost made me suspect as much. Did he get medical treatment for his wounds? If only I could have done something for him! I managed to keep the children away from the internet, from television and from the newspaper kiosks in Sherbrooke all weekend. On Sunday evening, however, the subject was still in the headlines, and I wondered whether I would even be able to send the children to school the next day. I woke them up at half past seven on the dot, as always. But as we were sitting together in the kitchen over cornflakes and maple syrup my phone rang. ‘Ms Haidar,’ asked a woman’s voice. ‘Can you talk?’ It was the principal of the school. She wanted me to come in.” 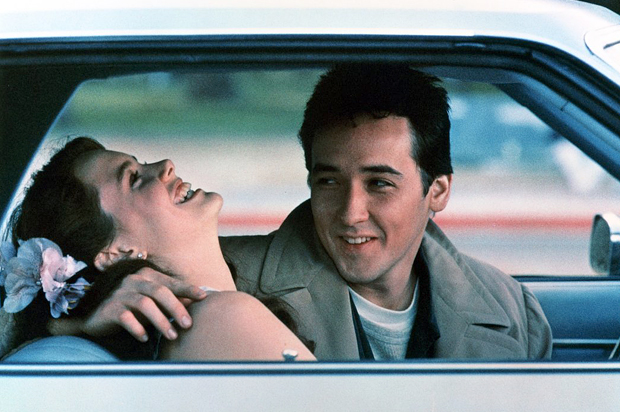 "Go ahead, believe in romance: It will make you a happier, more committed partner": According to Salon's Erin Coulehan.

“New research is investigating the effects of romantic values on contemporary society. As younger generations try to navigate the lust frontier amidst hook-up culture, high divorce rates and a recovering economy, it seems almost silly for people to hold onto concepts like soul mates and love at first sight. Scientists are finding the opposite to be true. Believing in romance is showing to lead to higher satisfaction and levels of commitment. A recent article published in the Journal of Social and Personal Relationships examined how romantic ideals shape commitment and satisfaction in relationships. The study’s authors found respondents who believed in love at first sight and soul mates, and questioned whether this degree of idealism affected the course of dating with a partner in the real world outside of novels and romantic comedies. The researchers determined romantic beliefs positively correlated with relationship satisfaction and commitment. Those who valued enduring love were more likely to fight for it and run the risk of making themselves vulnerable to being torn apart by it. They were also the ones who reaped the most from it. In the paper, authors Sarah Vannier and Lucia O’Sullivan write, ‘romantic beliefs do not appear to foster false or unobtainable expectations for romantic relationships, and the concerns regarding the endorsement of these beliefs may be misplaced.’ In the new edition of ‘Anatomy of Love,’ biological anthropologist Helen Fisher explores the factors that lead modern Americans to continue to seek out marriage, and learned romance plays a critical role. Fisher’s research found single people prize finding a soulmate above all else in a relationship. Additionally, more than 54 percent not only value — but fully believe in — love at first sight. Simply put, ‘In America, as much as in the postindustrial world,’ writes Fisher, ‘romantic love is in full bloom.’” 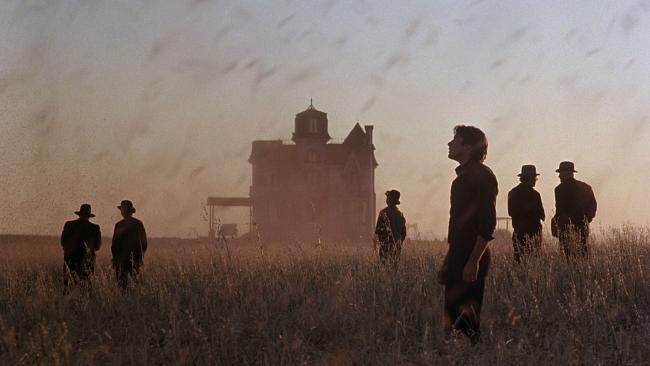 “Thus those of us who’ve watched ‘Days of Heaven’ more than 30 times scan frantically through Carly Simon’s recent memoir to read about the time when she dated the famously thoughtful and soft-spoken director (in between Cat Stevens and Warren Beatty). We scribble notes on Martin Sheen’s reminiscence on the radio program On Being of how Malick, his ‘spiritual mentor,’ saved him from a dark time in his life by handing him Dostoevsky’s The Brothers Karamazov. Yet we also long to leave him in his inwardness, because we know that — as with his fellow mystic of the Texan plains, Cormac McCarthy — it’s Malick’s very distance from the spotlight that allows him to stage intense, uncompromising, almost Melvillean meditations about the relation of the heavens to human savagery. Thankfully, Malickites can now afford to relax for a while, insofar as a huge new oral mosaic about him, put together by some devout Italian acolytes, leaves the enigma very much intact. In Terrence Malick: Rehearsing the Unexpected, Carlo Hintermann and Daniele Villa earnestly rehearse the expected for 400 pages of transcribed interviews with many from the Malick repertory company: actors and producers and cinematographers and friends (who, if they are good friends, will say nothing at all about their pal’s life or his secrets). In this profoundly linear accounting of a deeply non-linear artist, one associate after another says almost exactly the same thing: the director is uncommonly sensitive, poetic and committed, and they will give up all their self-regard and time to work with him because being involved in a Malick project is a transfiguring lifelong rehearsal in which you learn to see the world a little differently and get to work on what one of the Taviani brothers (referring to his own films) called ‘the cathedrals of our time.’” 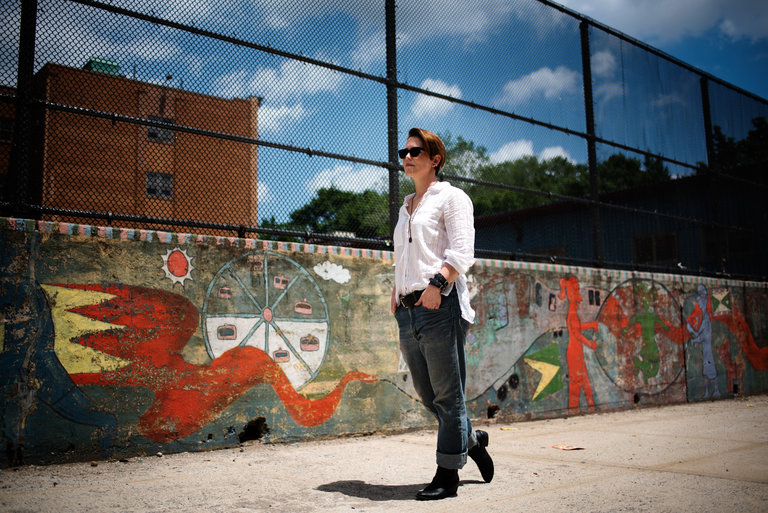 "Female Cinematographers, Not Content to Hide Behind the Camera": An excellent article from Melena Ryzik at The New York Times.

“Cinematographers XX, whose website went up in February, is one of several new efforts among professionals in the industry to correct its gender inequity. The International Collective of Female Cinematographers, a networking and resource site that went live in April, is another. It was formed, a spokeswoman said, ‘out of the desire to get rid of the singular excuse we hear so often: ‘There just aren’t enough female D.P.s.’’ A documentary, ‘Cameraperson,’ about the cinematographer Kirsten Johnson, has been making the festival rounds. Local 600, the International Cinematographers Guild, is also taking steps on behalf of its members, publishing an ad in the Hollywood trade journals with the names of female directors of photography and camera operators, as a reminder that they exist and are hirable, and convening meetings with studios and producers. Branches of the union have also organized women’s conferences, like the one at Ms. Kuras’s house for the Eastern Region membership. And in January, the guild named Xiomara Comrie its national diversity officer, a new post, to coordinate and expand outreach. If Hollywood’s dismal track record with female directors is well known, lately the focus has shifted to other crew members, for whom the data is equally egregious. For the 2,000 top-grossing movies from 1994 to 2013, only 1.8 percent of the cinematographers were women, according to a study by the producer and researcher Stephen Follows. And the overall numbers for technical jobs have actually gotten worse for women since 1994, he said. ‘We’re talking about breaking a longstanding cycle’ of hiring that favors men, said Rebecca Rhine, who was appointed the national executive director of Local 600 in December. Even choosing her as a leader, she said, is a sign that the union is open to change, ‘and acknowledging that we have work to do,’ in broadening the ranks. Still, most of its executives are male.” 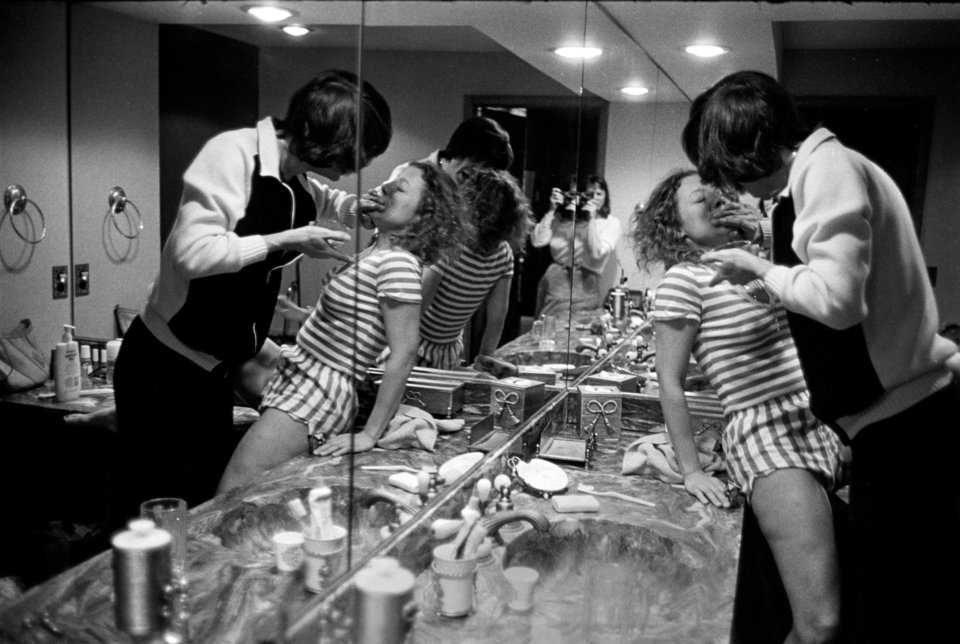 The Huffington Post's Melissa Jeltsen takes us "behind the photos that changed how America saw domestic violence."