"I couldn't be their 'happy girl': Pixar's 'Inside Out,' childhood depression and the emotional stranglehold of 'Minnesota Nice'": A marvelously personal piece from Salon's Libby Hill about Pixar's latest masterpiece.

“In Pixar’s latest effort, ‘Inside Out,’ an 11-year-old girl named Riley Anderson and her parents move to San Francisco from Minnesota. It’s a stressful undertaking that puts Riley’s emotions through the wringer, yet allows her the deeper sense of emotional wellbeing necessary to become a balanced and reasoned adult. However, buried in the subtext of the film is a message that speaks deeply to the reality of growing up in the Midwest. Often classified as ‘Minnesota nice,’ the Nordic background of much of the upper Midwest contributes to a mindset that values emotional restraint over honest dialogue about wellbeing. In the pop culture landscape, this dysfunction is often cast in a (darkly) humorous light, the most recent example being the television adaptation of Coen brothers’ classic film ‘Fargo.’ Showrunner for the FX series Noah Hawley even speaks to the repression of the area, saying, ‘It felt to me like a regional thing, where someone who’s so buttoned up and constrained by polite society, to make a declarative sentence is to risk offending someone.’ In ‘Inside Out,’ this sense of emotional misrepresentation makes for a perilous situation, leaving a young girl, raised in an environment where appearing happy is valued over all else, left unequipped to process difficult emotions when they come calling.” 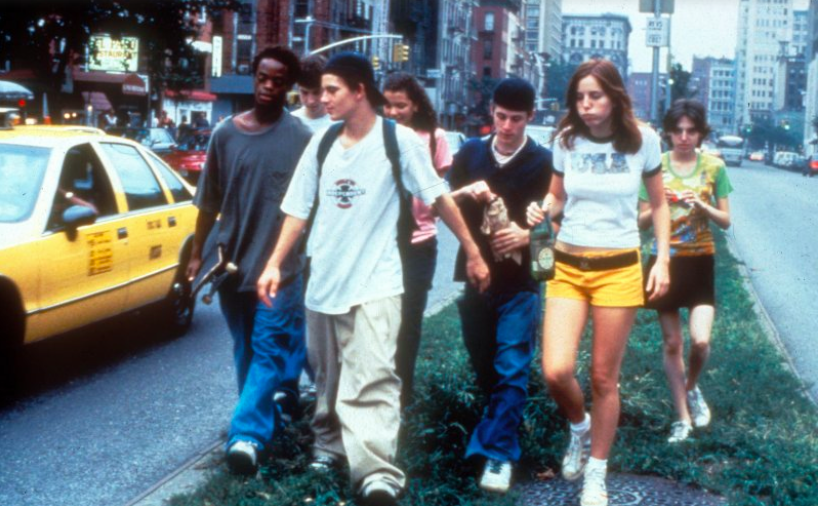 "'Kids': The Cast and Crew Reflect on the Groundbreaking Film's 20th Anniversary": An excellent report from The Daily Beast's Rich Goldstein.

“Along the way, audiences were treated to an uncompromising look at teenage life in New York City, from frank discussions about oral sex (courtesy of Ruby, played by Rosario Dawson), to persistent drug use, to scenes of shocking violence—most notably a sequence in which a group of skaters beat and stomp an older man in Washington Square Park, probably killing him. Contrary to the advice of nervous parents everywhere, writer Harmony Korine told the BAM audience, ‘It’s kind of a well-known story that I met Larry in a park.’ (So for any children reading this, don’t listen to your Mom and Dad. If you want to be famous and have a career in show business, chat up older men in public places, especially the ones who offer to photograph you.) When the movie first hit theaters, Roger Ebert called the children in it ‘a failure of home, school, church and society’ and Janet Maslin called their lives ‘wretched’ in The New York Times, because a person, once removed from the reality of childhood, can barely contemplate its myriad horrors. But these kids are the products of those homes, schools, churches, and societies. If the idea of the teenager was born in America, Larry Clark and Harmony Korine’s ‘Kids’ is its apotheosis.” 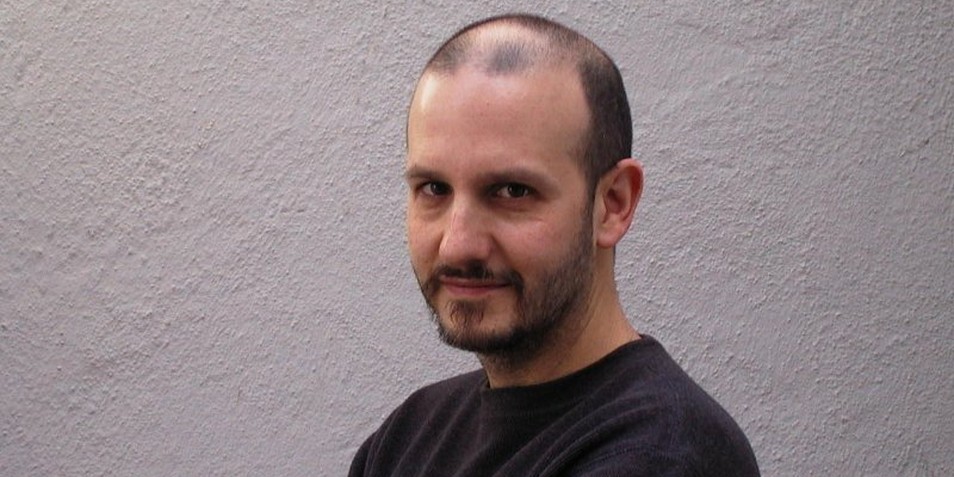 "Jim Hemphill ('The Trouble with the Truth') Talks the Small-Screen Auteurism of Keith Gordon": The filmmaker and critic pens another must-read piece for The Talkhouse.

“Most of the time, when an auteur takes on an episodic television assignment, his or her voice is almost entirely suppressed by the need to adhere to the format of the series in question. I bow to no man in my adoration of Joe Dante, for example, but I don’t see a lot of his personality in his recent TV work; a Dante episode of ‘Hawaii Five-0’ might be a little more stylish and dynamic than one directed by someone else, but the trenchant satirist and innovator of ‘The Howling’ and ‘Gremlins 2’ is missing in action. This, of course, goes with the territory – if you’re brought on to helm an episode of ‘NCIS’ or ‘The Good Wife,’ your job is to serve the demands of ongoing storylines and characters, not to engage in visual experimentation or artistic expression. Yet in his work on shows as disparate as ‘The Killing,’ ‘Nurse Jackie’ and ‘The Strain,’ Keith Gordon has managed to do both – his television episodes are both top-notch entries in their respective series and exquisite self-contained movies that fit perfectly within Gordon’s filmography. Working primarily in premium and basic cable, Gordon has figured out how to serve two masters – his own muse and his corporate employers – much in the same way that classical studio directors including John Ford, Douglas Sirk, and Howard Hawks smuggled personal statements into mass-appeal entertainments.” 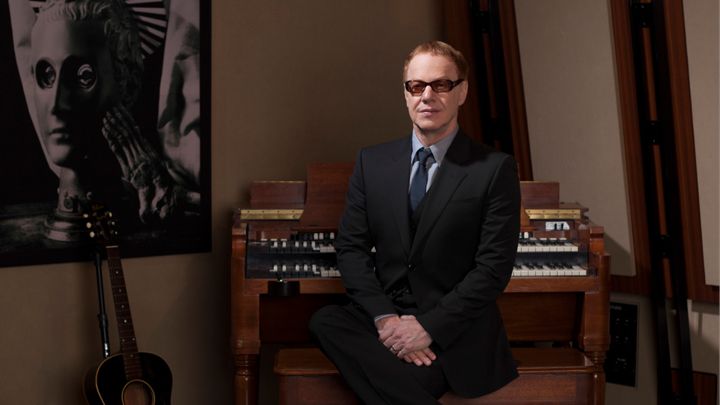 "Danny Elfman on Film Scores, 'Simpsons' and Working With Tim Burton": An interview with the legendary composer conducted by Rolling Stone's Kory Grow.

“‘The scariest performing night of my entire life was opening night in London,’ the orange-haired composer says of the [retrospective] series, sitting in the office of a radio station. ‘There was just no way to know whether the entire evening was a complete disastrous mess or not. There were only two rehearsals. And then I'd flippantly agreed to come out and sing. It was like, 'Wait a minute, did I agree to that?' 'Yeah.' 'Can I get out of it?' 'No.' It's like, ’S—t!’ I hadn't sung in 17 years and on some of these songs I didn't even put in rests to breathe. I need gills. So I remember sitting backstage, hyperventilating before I walk out, and Helena Bonham Carter's there. She sees I'm really nervous and she says, 'Danny, come on. F—k it.' And I said, 'Yeah. How could I forget that?' that's been the driving force of my entire professional life. F—k it. What are they going to do? Kill you? That's my mindset for everything I've ever done that was fearful or impossible or difficult. I walked out there and to my astonishment, the English audience was warm. It was probably the greatest night I can remember in my life performing. Now I just enjoy doing it.’” 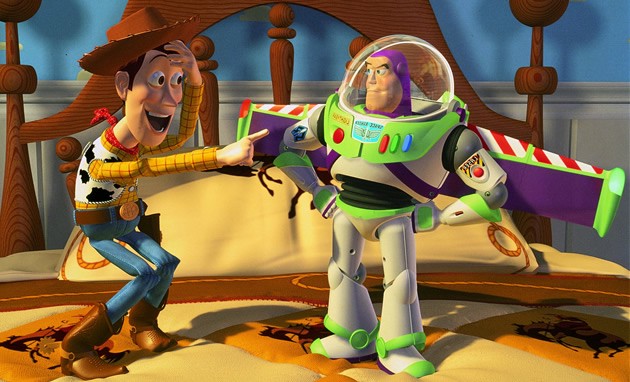 "Technology and The Evolution of Storytelling": Medium publishes an excerpt from a presentation given by Pixar's John Lasseter at "The New Audience: Moviegoing In A Connected World," an Academy event held last month.

“We did a series of short films in the beginning of Pixar and we did television commercials. We were thinking the next step for us was to do a Christmas special, but Disney threw us in the deep end, and we developed a feature film. It was amazing what we didn’t know. But I went back to my traditional training I had learned from my mentors—Frank Thomas, Ollie Johnston, and the great Disney animators that were still working at the studio when I started there—and the fundamentals of animation they kept talking about. Ollie Johnston would turn to me and I was expecting something about arcs and lines and silhouette value and all that stuff. He would turn and say, ‘John, what’s the character thinking?’ It was amazing to me, just that simple statement. It was not about the drawing. Through pure movement they taught me to bring a character to life and give it an emotion, a personality, a uniqueness, and it was done through just pure motion. So when I started working with a computer, I just brought that technology with me. As we started developing the story, it was always about emotion. It was always about emotion from day one with ‘Toy Story.’” 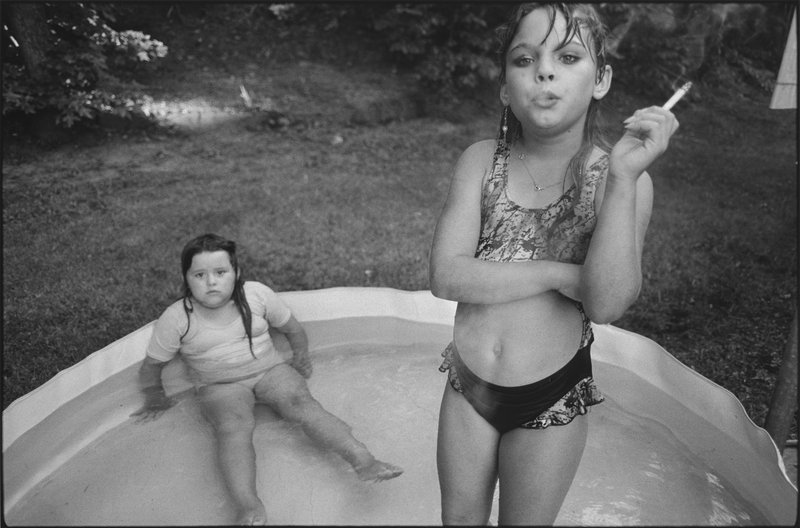 NPR's Chris Benderev investigates "what happened to the 9-year-old smoking" in this unforgettable snapshot captured by the late photographer Mary Ellen Mark.

Colin Marshall of Open Culture recommends the half-hour documentary, "The ABCs of Dada," which explains the "anarchic, irrational 'anti-art' of movement of Dadaism."