"This Summer's Action Heroes Are Several Shades of Gray": A fine essay from Manohla Dargis and A.O. Scott of The New York Times.

“Out in the real world, Americans live longer, more active lives — life expectancy hovers around 80 for both sexes — and the legions of retiring baby boomers and graying Gen Xers are not going quietly into the pop-cultural twilight. Rock ’n’ roll dinosaurs sell out stadiums, and the comic books and movies once beloved by today’s parents and grandparents are continually recycled for millennial consumption. Maybe that stuff is just better, and its durability is a matter of quality. Or maybe the people who think so — who are loyal to the movie and rock stars who defined their own adolescence and early adulthood — are still flexing their muscles in the marketplace. But nostalgia only partly explains the enduring popularity and renewed appeal of movie stars over 50. They bring gravity, craft and seasoned, relaxed professionalism to projects that otherwise might lack those qualities. When filmmakers are smart or lucky enough to cast Ms. Streep, they are almost guaranteed a memorable performance; she’s money in the bank. She brings her tool kit (a United Nations of accents and so forth) along with a vivid persona and a stellar résumé, conferring weight on even the flimsiest vehicle. She can prop up bad movies and weaker younger co-stars, much like Morgan Freeman, the hardest-working senior citizen in movies. He shares that honor, if now more behind the camera than on, with the avenging auteur Clint Eastwood (84), whose reascension as a critical and popular phenomenon offers further evidence that movies are currently enjoying a different kind of senior moment.” 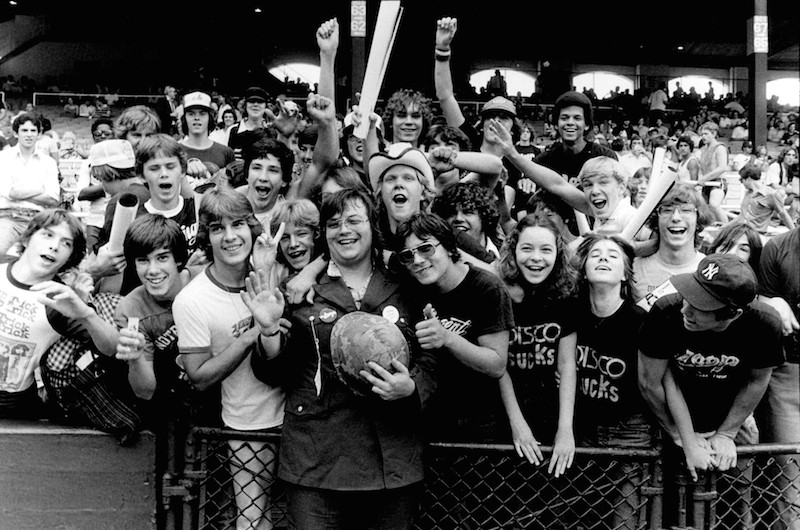 "Disco Inferno '79": From the archives: At Medium, Michael A. Gonzales remembers losing his "disco virginity at the hottest club in town, the same night a wild crowd tried to burn the genre down." Related: Gonzales pens two more Baltimore-based pieces for Citypaper, "Memoir of a Black Punk" and "A tale of heartbeat and hustle in 1979 Baltimore."

“Odell’s opened in 1976, back when G.Q.-dressed soul brothers still led their ladies by the hand to the massive dance floor to hustle and freak. In those days, disco was the soundtrack for most of my high school friends and Odell’s was where young, black Baltimore boogied. ‘You’ll know if you belong,’ was their motto, which was broadcast regularly on radio commercials between ads for Champale and jheri-curl juice. The words were also bumper-stickered on countless cars. With Thursday nights being the time when many teenagers claimed the club as their own, at a high school reunion years later former classmates talked about those Thursdays at Odell’s with reverence. ‘That place was our Studio 54 or Paradise Garage,’ says Teddy Douglas, one-third of the Baltimore-based production team the Basement Boys, who later crafted addictive dance tracks for Crystal Waters, Ultra Naté and Byron Stingily. ‘The door fee was $3 for members, $5 for non-members, but everybody wanted to get into Odell’s. On some nights, the lines were around the block.’”

"Silicon Valley Recap: The Lady Is a Champ": Our own Odie Henderson recaps episode 4 of the HBO hit's second season for Vulture, explaining why he disbelieves claims that the series is misogynistic.

“Your mileage may vary, but I don’t think 'Silicon Valley' is misogynistic. The show has always been aware of its use of female characters as a satire of how women are seen and presented in the real version of its fictional universe. On last week’s Vulture podcast, our own Matt Zoller Seitz said the male characters exist in a world of ‘chauvinism in the absence of women.’ Mike Judge and his writers are always mocking how wrong-headed and clueless his male characters are when it comes to dealing with women and homophobia. These guys are done in by their own hypocrisy, while all of the aforementioned female characters have more agency and common sense. With the addition of Carla as the new programmer, writer Carson Mell really twists the knife in this episode. Despite his awe at her skills, we’re not sure if Dinesh’s statement ‘I’m not jealous of her, I just want to make sure she makes less than me’ is a statement on Carla’s gender or her newbie status. And Carla is not only aware of the way this world operates, she’s often poking at its insecure notions in the same manner Dinesh and Gilfoyle poke at whatever’s aggravating them. She’s a true programmer type, and she’s also very astute about what her presence means to the unenlightened — and she wants them to know that she knows. As a minority programmer, I get it. I like her a lot.” 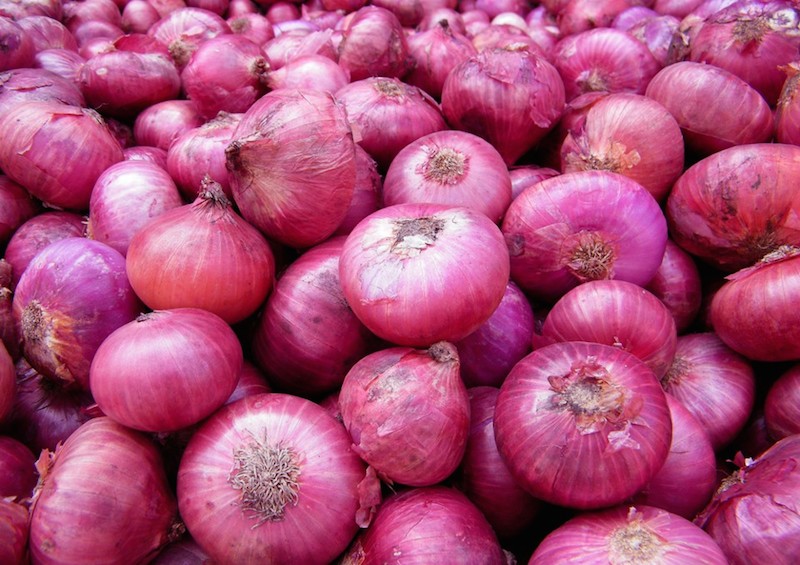 "The Onion Is Not a Joke": Chris Heller of The Atlantic explains how the "fake newspaper is turning into a real media empire."

“The Onion, as anyone who reads it will tell you, mines humor out of media trends. In recent years, though, the company has turned that formula on its head to finance itself. As the site lampooned sponsored content with a characteristically sharp eye, its corporate overseer, Onion Inc., set in motion a plan to beat media companies at the same game. With a strategy that seems meta even by satirical standards, The Onion’s BuzzFeed doppleganger, ClickHole, has become a force on the social web in its own right: The Onion set out to lampoon stories designed to be shared on Facebook by successfully making stories that people want to share. Now, The Onion is not just a comedy website. Onion Inc. cannot be described, simply, as a publisher. It has been transformed into a bonafide digital media company—with a profitable, in-house advertising agency in tow—that wants to succeed where the targets of its barbs have not. Within the next year, the company plans to spin off several new websites, launch a studio to develop films and TV shows, and possibly, raise money from new investors. ‘We want to be one of the few new media companies that's able to figure out these changes that are taking place,’ Mike McAvoy, the president and chief operating officer of Onion Inc., told me. An avalanche of money is waiting for whoever effectively blurs the line between publishing and advertising. ‘Ultimately, we see everything as converging, and if you're a great content creator, your business will thrive,’ he said.” 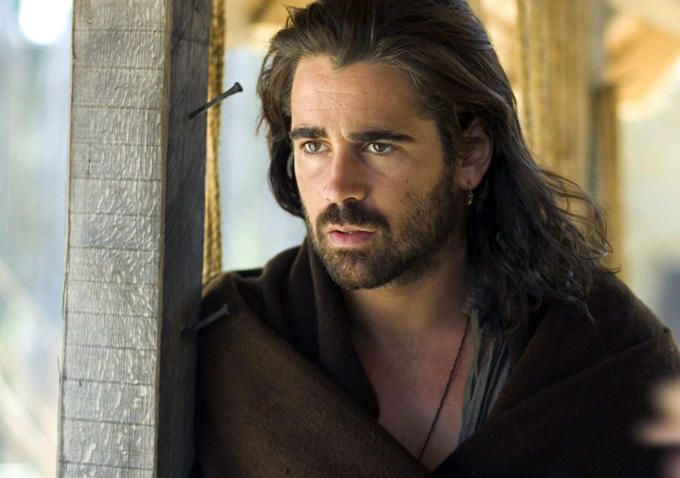 "James Horner Says Terrence Malick 'Doesn't Know How To Coalesce A Story From Beginning To End'": Indiewire's Kevin Jagernauth reports on comments made by the composer in his interview with Little White Lies.

“James Horner hasn't been shy about his lack of admiration for director Terrence Malick. The composer worked with the filmmaker on ‘The New World,’ and by his account, it was an arduous process due to Malick's constant changes, and his inability to get to the core of the film's love story. According to Horner, the editing process was a nightmare, and the final straw was when the composer's work was abandoned altogether (his score was later released on CD). In 2006, the composer explained in lengthy detail his thoughts, not just about working on ‘The New World,’ but Malick in general saying, ‘I never felt so letdown by a filmmaker in my life.’ And now in 2015, he's again sharing about his less than ideal time on that film. Chatting with Little White Lies, the magazine asked Horner about ‘The New World,’ and composer again offered his honest opinion. ‘Terrence Malick is an enigmatic filmmaker. He's a brilliant photographer. He's a brilliant cinematographer. In a way, though, he doesn't know how to coalesce a story from beginning to end,’ he said. ‘When I first saw this movie it was an early edit. There was no reason this movie couldn't have been as successful as 'Titanic.' It was cut that way. It was a story of this Native American girl meeting this guy and it was really romantic. In editing, Terry, as he does in his filmmaking, made much more of a dreamworld and he disassociated the scenes. There was no through-line any more. He lost the love story. He wasn't interested in that. He started telling a story about images and it didn't hold together. The movie didn't hold together for me, or for an audience.’” 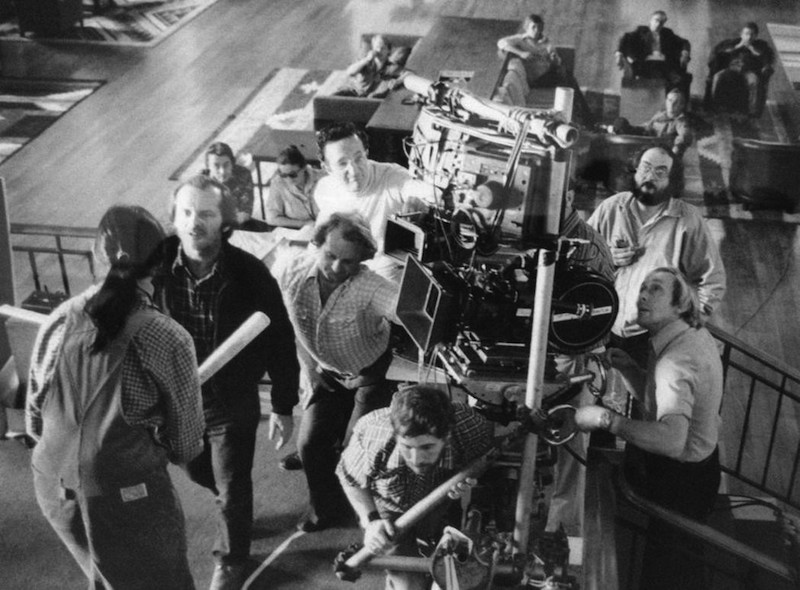 Cinephilia & Beyond unearths Stanley Kubrick's treatment of "The Shining." You'll want to read their coverage for ever and ever and ever.

Doug Walker of ChannelAwesome.com interviews Tommy Wiseau, director of the cult classic "The Room," which will be screened in theaters on May 6th and 12th courtesy of RiffTrax.