"Brad Bischoff on 'The Grasshopper'": At Indie Outlook, I interview the hugely promising Chicago-based filmmaker about his upcoming feature debut, which has a Kickstarter campaign that runs through April.

“My sister-in-law is a stay-at-home mom who used to be an opera singer, so I modeled the story for ‘Lady of the House’ around her. We shot it all in one day, just me and [cinematographer] Casey Bohrnell. I scripted the story around her daily routine with the kids, and I offered direction from the sidelines. I wanted each scene to be one shot, and the only thing we lit was the final scene. That’s the only time we use a dolly, the rest of the film is handheld. It’s difficult to sum up the emotional turmoil that you go through internally as a parent. On one hand, the day you become a dad is the greatest day of your life. On the other hand, you’re now a dad and you have another mouth to feed. You have to deal with the fact that anytime you go out to do something, there is somebody else depending on you. All the stakes are risen. At the end of the film, I put the title card, ‘For mom.’ The fact that my mother is now supposed to find work and reinvent herself after raising three kids is just wild to me. That’s sort of what ‘Lady of the House’ is about. Even the title, ‘Lady of the House,’ tells you who the main character is expected to be. There is a song unsung at the end of the day that nobody hears but her. One of the movies that made me want to make movies was ‘The Shawshank Redemption,’ and one of my favorite scenes is when Andy puts on the record. Nobody knows what the lyrics are, but it’s just a beautiful song. I didn’t care that the song in “Lady of the House” was in another language. I didn’t want to subtitle it because the lyrics aren’t important. Her husband’s asleep and the TV’s on, and the song is a vision of her soul. It is a bird inside of her that’s trying to fly.”

"The seismic shift in the world of film festivals": An in-depth analysis from Stephen Follows.

“Today’s article can be seen as a morality tale for modern times…  it contains everything you would want from a classic yarn – heroes, villains, heroes who become villains, abuse of power and a David and Goliath struggle, all in pursuit of spreading art to the people of the world. Today’s piece is a bit longer than my average article but I promise it’s worth it. So, if everyone is sitting comfortably, I shall begin…‘Film festival’ means different things to different people. Film audiences see it as a chance to view new and exciting work from all over the world, way before it will be on general release and sometimes there are chances to see films that won’t ever be released.  For filmmakers, festivals are a way of showing your work, gaining recognition and connecting with other filmmakers. Film business professionals often use film festivals as a place to network, learn and find new potential films or partners to do business with. Some film festivals are very small, running for a day or two and showing films for free to small audiences, while others have grown into huge operations, attracting tens of thousands of people. When I last studied the topic three years ago, I found 9,706 film festivals which had run at least once between 1998 and 2013, of which 2,954 had run in the previous two years. I looked at their location, dates, rules, funding, fees and shared the views of 523 film festival directors.  Since then, I have sporadically looked at individual film festivals and awards such as Cannes (1, 2, 3, 4, 5), Berlin (1, 2), London, the Oscars and the BIFAs, but I have not revisited at the overall state of film festivals.  I decided to check in and see if anything had changed since the study and, wow, things have really changed in just a few years.” 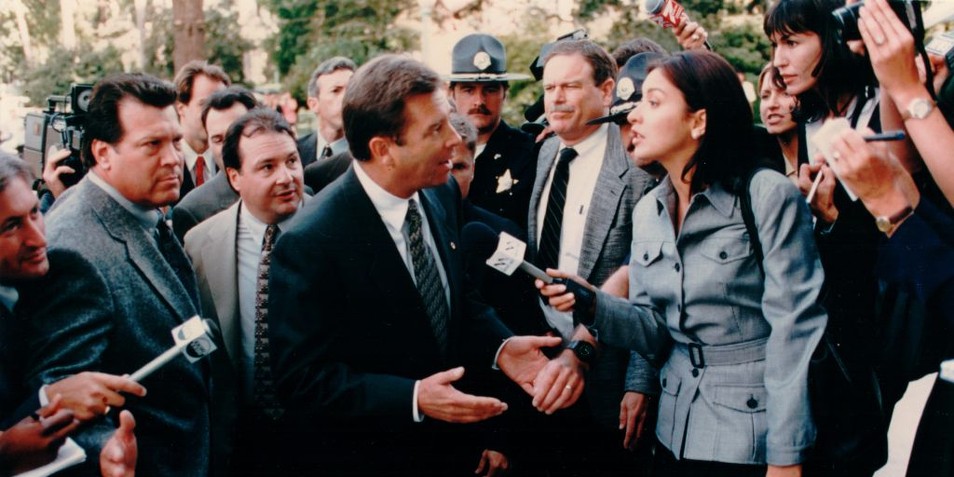 "Across the Aisle: Before Trump or Cruz, There Was 'The Second Civil War'": Another great piece from Jim Hemphill at The Talkhouse.

“Joe Dante’s 1997 made-for-HBO movie ‘The Second Civil War’ opens with a title card reading, ‘Sometime in the near future,’ which seemed a lot funnier 19 years ago than it did when I revisited the film last week. The 97 minutes that follow that title card are packed with provocative insights and unsettling observations, culminating in a climax that felt disturbing if slightly ridiculous in 1997 but comes across as distressingly plausible in the age of Trump and Cruz. I can’t think of another movie that unnerved me more, which is remarkable given that ‘The Second Civil War’ is ostensibly a comedy, but then Dante has always been far more than a mere satirist or genre filmmaker (though he happens to be one of the best of each that we’ve ever had). In fact, his is one of the most expansive visions in the history of American cinema, encompassing humanism and cynicism in equal (and equally strong) measures, embodying Fitzgerald’s dictum that ‘The test of a first-rate intelligence is the ability to hold two opposed ideas in mind at the same time and still retain the ability to function.’ He’s the American answer to Jean Renoir, and ‘The Second Civil War’ is his masterpiece.” 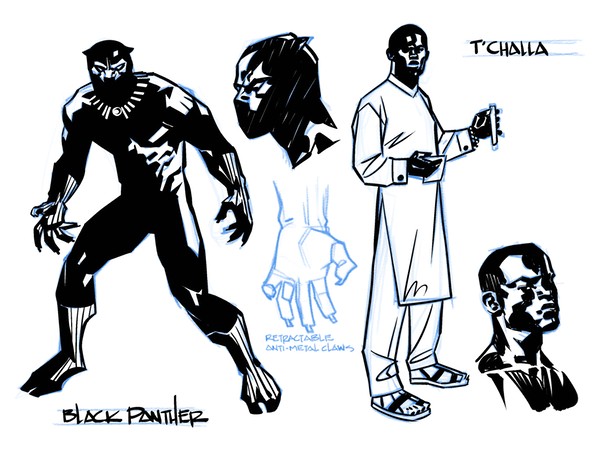 "A Conflicted Man: An Interview With Ta-Nehisi Coates About 'Black Panther'": New Republic's Jonathan W. Gray chats with the author about his new project.

“I’m trying to depict a human T’Challa. I like him a lot, I identified with him quite a bit to be honest. I mean, the last year or so has been amazing for me, but there are some aspects of it that I didn’t ask for, so I was interested in all of the things in his world that he didn’t ask for. He’s a genius, one of the smartest people in the world, but as a head of state a significant part of his job is managing a bureaucracy. Does this satiate a need in him, or is he simply bound by the traditions and customs of his nation? Others have portrayed T’Challa as arrogant, which distances the reader from the character, but re-reading those earlier issues I was struck by the idea that T’Challa doesn’t actually like being a king. I mean, who is a king and just leaves his nation for long periods of time to fight with the Avengers? Who does that? At one point he was working as a teacher in Harlem! I thought it would be interesting to explore a character who had to be King but perhaps didn’t want to be King. That’s T’Challa. I see him as a man in conflict.” 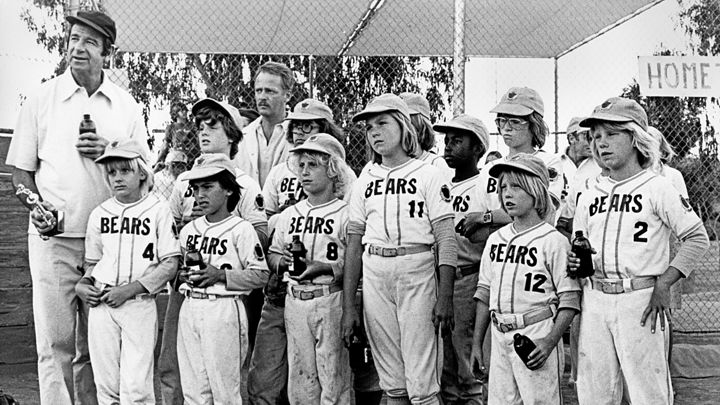 "Why 'Bad News Bears' Is The Greatest Baseball Movie Ever Made": According to Rolling Stone's Dan Epstein.

“The Bears go from abject to losers to championship contenders because of three figures: Buttermaker, who gets the rag-tag team of misfits to believe in themselves; Amanda Whurlitzer (Tatum O'Neal), the tough-talking, iron-armed tomboy and the team's starting pitcher; and Kelly Leak (Jackie Earle Haley), a Harley-riding juvenile delinquent who becomes the most feared hitter in the lineup. But none of them are in it "for the love of the game" — all three, in fact, are damaged individuals who have ulterior motives for being part of the team: Buttermaker to make some extra cash, Amanda to bring her former father figure back into her life, and Kelly to piss off Roy Turner, who keeps hassling him about loitering around the ballpark. Nor do any of them possess the sort of transformative super-human powers that pollute the plots of so many baseball films. Amanda throws a mean curve, but she also cheats by throwing a spitball and is prone to arm trouble; Kelly is a great player, but it's not like he's knocking the ball out of the park with every at-bat; Buttermaker's often too drunk to make it through practice, and his attempt at a big motivational speech during the championship game falls flat when the kids realize he's acting like just as much of an asshole as the coach in the opposite dugout. But all of that's exactly what makes their characters (and the film) so great. They're not one-dimensional figures with skills, personalities or motivations plucked straight from the Baseball Screenwriting 101 cliché bin. They're complex, unpredictable and occasionally maddening — y'know, kinda like baseball itself.” 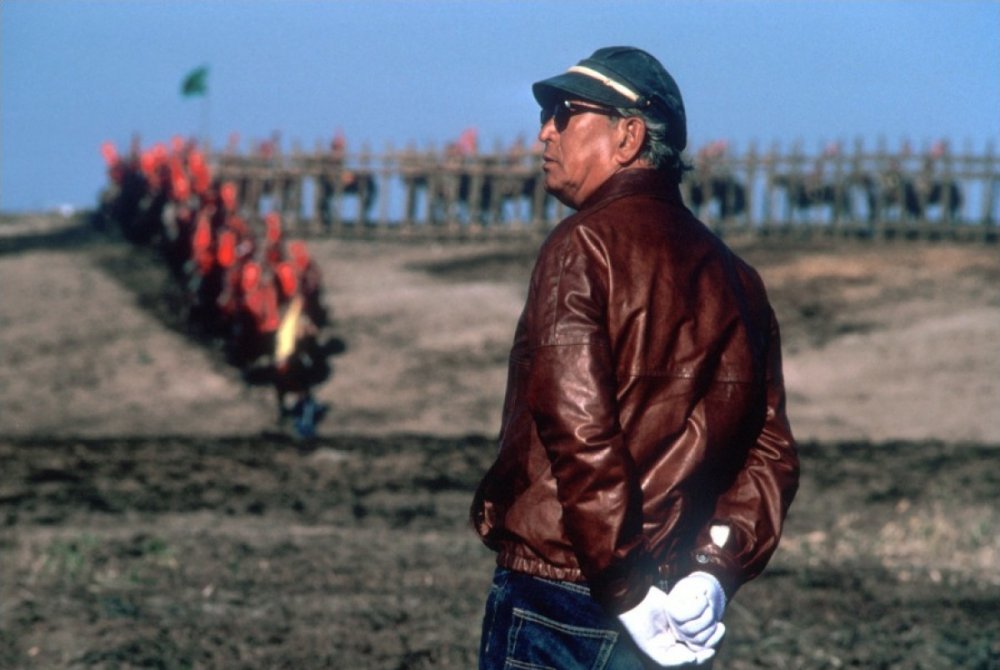