“Townsend, who’ll moderate Burnett’s Q&A, praises Ebert as ‘a champion of new voices’ who ‘always had an open mind, saying, ‘OK, I’m learning something about a culture,’ whatever the film happened to be.’ Huppert echoes that sentiment, lauding Ebert and late partner Gene Siskel as cinephiles primed ‘to build the bridges between foreign cultures.’ Years ago Ebert praised the French star, now bringing Oscar-nominated tour de force ‘Elle,’ for her ability ‘to betray almost nothing to the camera … as if daring us to guess what she is thinking.’She’s clearly touched by the quote, and impressed by his acumen. ‘He understood what I was trying to express in films. It’s very, very accurate. What I feel I do on screen — showing and hiding at the same time — is what the movie medium allows an actor. I do it as much as I can.’Lear, appearing with Heidi Ewing and Rachel Grady’s 2016 biographical documentary, ‘Just Another Version of You,’ takes similar pride in an Ebert bouquet. Calling the critic a ‘stalwart’ who ‘sought the interior of characters, content and story,’ Lear stops short when told his 1971 feature ‘Cold Turkey’ received a four-star review for its ‘malice and avarice.’ ‘What a great man!,’ he jests. ‘When I hear that played back so many years later, I love it,’ with an artist’s gratitude for kudos to underappreciated work.” 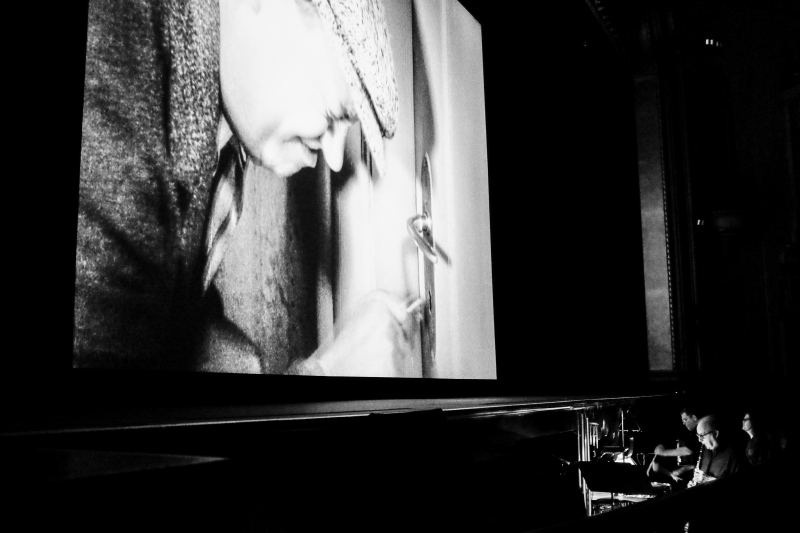 “It’s so smart of the Ebertfest organizers to slowly ramp up the intensity: Wednesday you come for one show and get some news about the fest. Thursday you still have the energy to get up early for panels, but there are only three films and plenty of breaks. Even though Friday’s schedule was exactly the same as Thursday’s, since it was the second time around, it felt more… real? And Saturday had the most films but the least amount of stretch time, so it felt like a bigger commitment. The gradual increase not only kept me muscling through, but provided more opportunities to have the lessons of the film selections revealed to me, building on each other.When I look back on the days, it seems clear now that I lived through them that each one had a specific theme. Wednesday was clearly political, and Thursday was about minorities’ rights. Friday was entirely about crime and the justice system; Saturday’s obvious theme of entertainment had an undercurrent about misinformation. While Sunday is supposed to be just a fun day of music, the film also provided some commentary about sexual orientation and atypical relationships. On every day, the emphasis of each film was to make you understand the struggle of someone unlike you. And like Lear and his reply – the films represented time periods stretching back one hundred years and still felt relevant.” 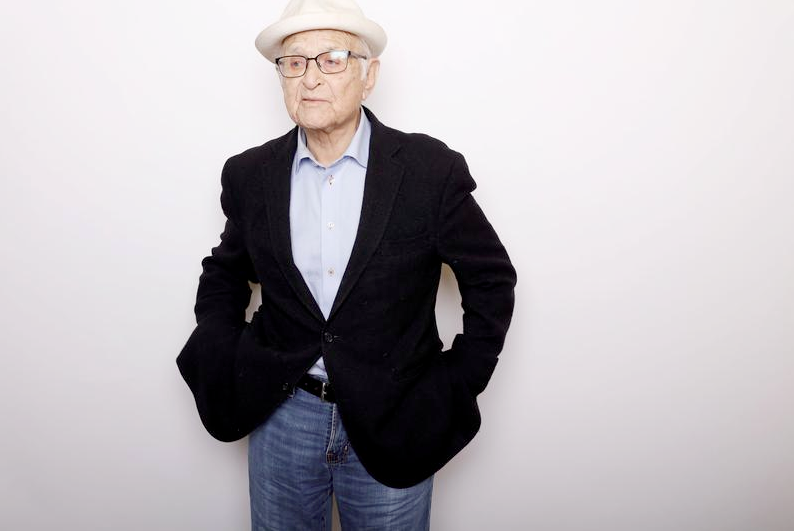 "Up close and personal with Norman Lear": A wonderful interview conducted by Melissa Merli of The News-Gazette.

“He's now writing a new sitcom — ‘Guess Who Died?’ — set in a senior living community. He said it's about his and the baby-boomer generation and that Sony Pictures Television will make the pilot. He also is producing a reboot for Netflix of the sitcom ‘One Day at a Time.’ He had developed the original, which aired in the '70s and '80s.It told of a divorced single mom, who's white, raising two teen daughters. This time around, the comedy centers on a recently divorced Cuban-American military veteran and her two children. ‘What happened was Sony and (producer) Brent (Miller) were talking one day about doing a Latino version because Latino families don't exist on television much,’ Lear said. ‘Brent remembered ‘a.k.a. Pablo,’ which ran for a season, about a Latino family. While they were talking 'One Day at a Time' about a Latino family, Brent asked me what I thought. I said I thought it was a great idea.’ As for the documentary ‘Norman Lear: Just Another Version of You,’ to be shown at 4:30 p.m. Saturday at Ebertfest, Lear said he had nothing to do with it.It was directed by Heidi Ewing and Rachel Grady, who along with Lear and Miller will be on the Virginia stage afterward. ‘I think it's so good,’ he said.” 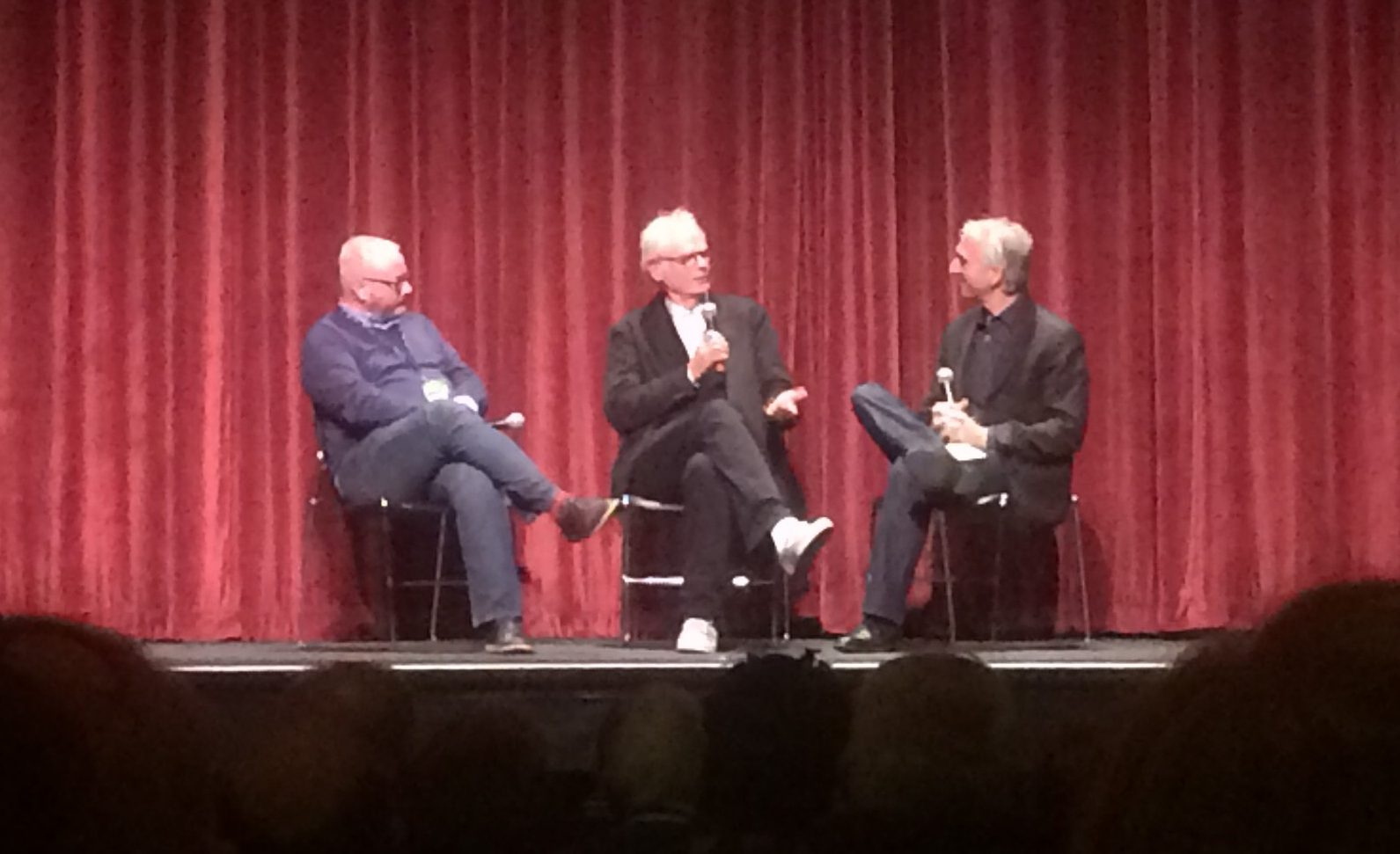 "'Being There' embodies politics, power at Ebertfest": Fantastic coverage from Taylor Wegener at The Daily Illini.

“Caleb Deschanel, the film’s cinematographer, hosted a Q&A after the movie. Deschanel said the film was not meant to be political. ‘It is a film about the human condition and how we see our lives,’ Deschanel said. Regardless, there were prominent political and ideological undertones. The satire against white supremacy was overt. Shortly after James loses his home, he passes some graffiti that reads, ‘America ain’t s— cause the white man’s gotta God complex.’ This message is irrelevant for the illiterate James, who cannot even comprehend the message, and parallels the reality in which he is entirely unaffected by systematic racism. The only person who is keen to James’ mental disabilities is his former caretaker, a black woman named Lois. Lois sees James on television after his ‘insightful’ interview about his conversation with the president. Lois said, ‘It’s a white man’s world in America. All you have to be is white in America. You get whatever you want.’ Deschanel said he was embarrassed about how true many of the racial scenes still are, and how in 30 years, nothing’s really changed. In this way, the movie highlights two sad realities of American culture — white privilege and a general disregard for the prevalence and severity of mental illness. Although James consistently benefits from his white privilege, it is troubling that he is put into a position where he would have to fend for himself after the death of his boss.” 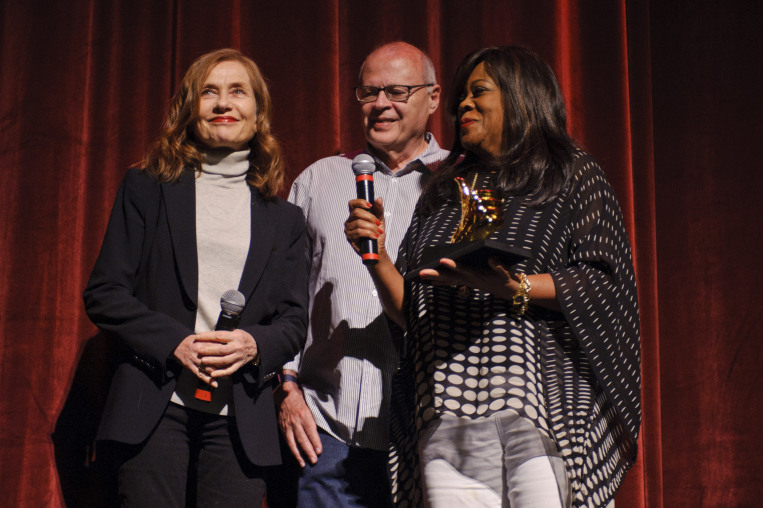 “Introducing Huppert, Michael Barker, co-founder and co-president of ‘Elle’ distributor Sony Pictures Classics, applauded another Ebertfest tradition: the big-screen experience. ‘I’ve been here 15 of the festival’s 19 years,’ he said. ‘With all the technological change in the world, you come to appreciate the things that don’t change, and that includes watching a movie on a screen like this.’ He reminded the crowd that Ebert had once written of Huppert: ‘A close-up of her face is worth an entire movie.’ Entering to a tumultuous standing ovation, Huppert said, ‘It’s very moving to be here. I feel the presence of Roger Ebert, who was supportive of my work and French cinema in general.’ During the Q&A session, Barker told Huppert, ‘If ever there was a movie that Roger would have loved, it would have been ‘Elle,’’ controversial for its depiction of a woman traumatized by present and past terrors. Huppert acknowledged, ‘It is not an easy film, but we expected more controversy.’ What drew her to the role (which several American stars had rejected) was the character’s unsentimental nature: ‘Too often people think characters should be nice, but it’s more important to be truthful.’ Of the film’s ambiguous ending — and perhaps its overall message, Huppert said, ‘The film speaks for itself. It generates its own energy. It generates its own strength. … It [asks] more questions than it answers.’” 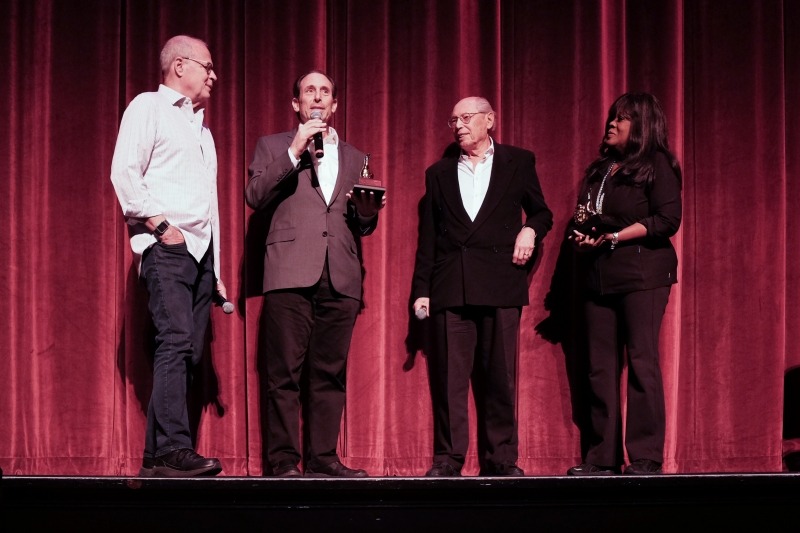 Eric Althoff of The Washington Times reports on the final screening of Ebertfest 2017, 2004's "De-Lovely," followed by a Q&A with Irwin and Charles Winkler.

The delightful, delicious and de-lovely trailer for Ebertfest 2017 edited by our Far Flung Correspondent Michael Mirasol.