“In college, I was the one who watched black-and-white films with subtitles on my laptop under the covers in his dorm room. Or went to 10 p.m. showings on a weekday at the independent theater uptown. My friends and I had a lot of other things in common, but cinema—not movies, but cinema—just wasn’t their thing. Freshman year, I couldn’t even convince them to watch the Oscars. So I took my computer down to the dorm lobby and watched the ceremony on the community television, reacting in real time with my fellow posters. Weird, I know. I still visit [Rotten Tomatoes] almost every day, but it isn’t the same place. Threads move slower; whereas before your topic might be bumped off the front page within a half hour if nobody responded, now it can linger for a day or more. I’m not imagining this slowdown. In 2008, RT’s heyday, more than 42,000 threads were started and they’ve accumulated more than 1.9 million posts. Last year, it was 5,567 threads and 291,460 posts. This medium of online discussion, the forum, isn’t quite extinct, but it’s endangered. The social networks, online commenting and Reddit, in some ways the forum’s Platonic ideal, have taken over.”

"Reflections of Synthetic Skin": At Indie Outlook, I explain how Alex Garland's "Ex Machina" serves as the missing link between "Under the Skin" and "Her."

“When the alien regards ‘her’ reflection, ‘she’ is just starting to have an awareness of ‘her’ body and an interest in its capabilities. The editing becomes fragmented as it cuts to close-ups of various body parts half-concealed by shadows. It’s appropriate that ‘her’ genitals are obscured, since they remain a mystery to ‘her,’ especially once ‘she’ attempts to have sex in a later scene. The alien’s movements in front of the mirror suggest that it is finally becoming accustomed to its place within the façade of another species, yet when it tries to have sex, it comes to the bewildering realization that its reproductive organs are, alas, only skin deep. To become human is to become vulnerable, and the alien’s emotional awakening is fraught with danger. The tender moments it shares with a disfigured man are entirely genuine, and lead the creature to rebel against its designated purpose. Yet the only fate awaiting this hopelessly lost being is a death as senseless as the ones it had caused while carrying out extraterrestrial orders. Compare this with the single shot late in ‘Ex Machina’ that takes place after Ava has acquired the skin of other robots. ‘She’ stands motionless in front of mirrors that multiply ‘her’ image, as the scraps of flesh meld to impeccably fit ‘her’ form. This is first time in the film that Ava resembles a fully realized woman, and as the camera pulls back further, it frames ‘her’ body in its entirety, with the bright lighting leaving nothing to the imagination. The sight of ‘her’ genitals calls to mind Nathan’s line about how Ava has been built with an opening between ‘her’ legs that can engage in intercourse and even give ‘her’ pleasure. The irony here is that Ava displays no interest in sex, whereas the alien in ‘Skin’ wanted it but couldn’t perform it. In this way, Ava is more like Samantha, the operating system in ‘Her.’ Relationships are not Ava’s desire, as evidenced when ‘she’ abandons Caleb, the man who had risked his life on ‘her’ behalf. As ‘she’ enters the world, it is clear that ‘her’ potential is limitless. Soon ‘her’ image will be multiplied as it was in the mirrors, and the survival of mankind will be tenuous at best.” 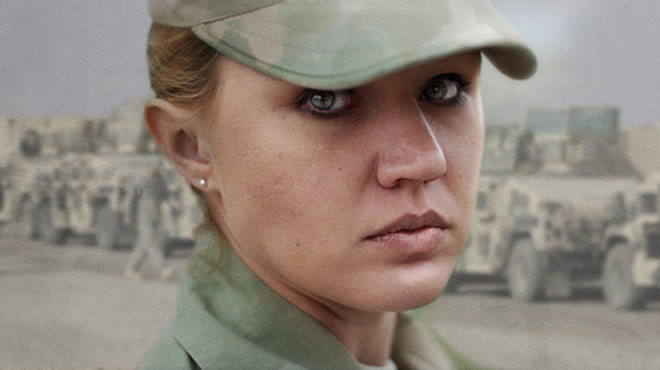 "Is PBS Neglecting Its Mission?": Asks "All in the Family" creator Norman Lear in an op-ed piece for The New York Times.

“PBS has drawn big audiences to ‘Downton Abbey,’ the epic costume drama about elites in early 20th-century Britain. On Sunday, it began broadcasting a new British mini-series, ‘Wolf Hall,’ about the Tudors. Dramas like these are helping to revive the ‘Masterpiece’ franchise and PBS’s brand. Unfortunately, PBS is now threatening, for the second time in four years, to downgrade documentaries, which are at the heart of its public mission. As it chases ratings, PBS risks neglecting the core of its public mission and mandate. At issue are PBS’s two flagship independent documentary series: ‘POV,’ founded in 1988, and ITVS’s “Independent Lens,” started in 2003. Both take on huge topics of public urgency. ‘Food Inc.’ (2010), from ‘POV,’ exposed harms in the food industry. ‘Me Facing Life: Cyntoia’s Story’ (2011) cast a spotlight on harsh prison sentences for minors, while another ‘Independent Lens’ film, ‘The Invisible War’ (2012), led to changes in the military’s handling of sexual assault. In October 2011, PBS moved the two series from Tuesday to Thursday evenings. Ratings plunged, by as much as 40 percent. PBS’s independent ombudsman warned of ‘a pattern that I sense of diminishing or less prominent public affairs programming distributed specifically by PBS in recent years.’ Dozens of documentary filmmakers, including Bill Moyers, Stanley Nelson and Alex Gibney, signed an open letter protesting the changes. PBS quickly backed down, and gave the shows a desirable Monday 10 p.m. time slot to share. (Monday evenings are the second-most-watched time slot on PBS, after Sunday evenings.) Inexplicably, the two series are under assault again.”

"The Assistant Economy": A sprawling, must-read essay from Francesca Mari at Dissent Magazine.

“Nearly every exclusive field runs on assistants. The actor James Franco, like Buddha before him, had an assistant keep track of his meals and school assignments. The critic and writer Daphne Merkin has employed a steady stream of Ivy-educated elves. They’re tasked with everything from editing to returning dead houseplants. Bestselling novelist John Irving (‘The Cider House Rules’, ‘A Prayer for Owen Meany’) has an assistant who types up his roughly twenty-five pages of handwritten manuscript a day. He recruits exclusively from liberal arts schools in cold climates like Middlebury and Vassar, to ensure his hires can survive the winter at his home in Dorset, Vermont. During the 2008 presidential season, recent Harvard grad Eric Lesser impressed senior advisor to the president, David Axelrod, with his color-coded system for tracking Obama’s campaign luggage. Lesser was taken on as Axelrod’s ‘special assistant,’ assuming responsibility for everything from supervising his boss’s diet to organizing the first-ever presidential Seder. Welcome to the main artery into creative or elite work—highly pressurized, poorly recompensed, sometimes exhilarating, sometimes menial secretarial assistance. From the confluence of two grand movements in American history—the continued flight of women out of the home and into the workplace, and the growing population of arts and politically oriented college graduates struggling to survive in urban epicenters that are increasingly ceded to bankers and consultants—the personal assistant is born.” 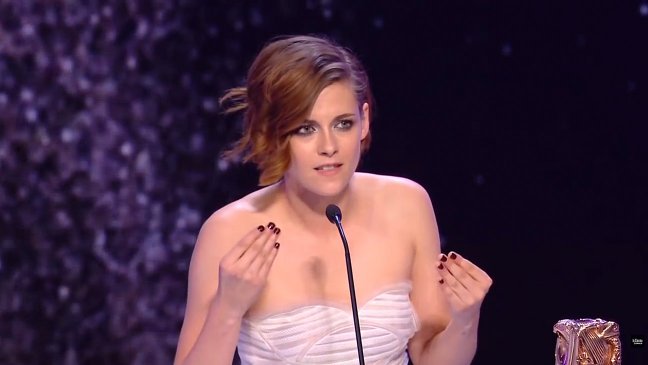 "Kristen Stewart Reflects on the 'Huge, Booming, F—ing Money-Making Industry' of Celebrity": As detailed by Scott Feinberg of The Hollywood Reporter.

“‘I’ve never, ever been like, 'One day, I'm gonna win an Oscar,’’ Kristen Stewart told me on Friday when we met up on the campus of Santa Monica College. The 24-year-old, who has been acting since the age of nine, says her dreams have always centered on the work, not the reward. ‘Truly, my ‘one day’ was always, ‘I’m gonna be a director! One day, I'm gonna direct movies!’’ Most of the reason Stewart possesses this attitude is her understanding — gleaned from her 15 years of experience and from her parents, who are also employed in the industry — that the work is what matters, not the money, celebrity or accolades, all of which have fleeting value. But, she lets on, part of it is also a defense mechanism: ‘I’ve taken so much shit that I'm just like, ‘I’m not the winner!’ I'm not gonna be let down when I don't get the pat on the back. I'm totally used to the kick in the ass.’ Therefore, Stewart was as surprised as anyone on Feb. 20 when, from her seat in Paris at the 40th César Awards — France's Oscars — she heard her name called as the winner of the best supporting actress prize for her performance as a movie star's assistant in Olivier Assayas' ‘Clouds of Sils Maria,’ making her the first American actress ever to take home a César. (The film, which has brought Stewart some of the best reviews of her career, premiered at Cannes last May, went on to screen at the Toronto, New York and AFI film fests and will finally open stateside on April 10.) ‘Oh, man, it blew my head off, to be honest,’ Stewart says. ‘I couldn't believe that I got nominated, and then obviously I really, really couldn't believe that they gave it to me, because those people rigidly dole out praise, especially to Americans.’ She adds, ‘It felt really good,’ and then says in a fake snooty tone, ‘I would prefer a French Oscar [to an American Oscar]’ before bursting into laughter.” 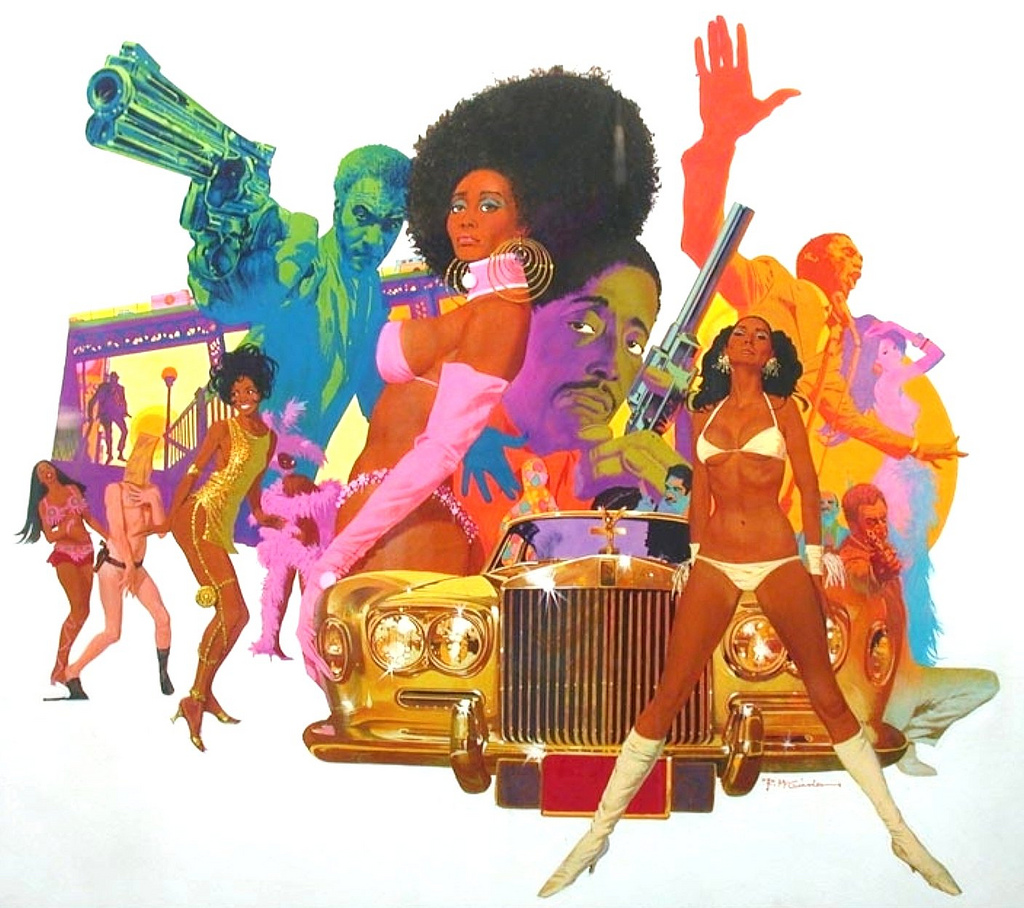 Listening to these fans react to Harrison Ford's appearance in the new "Star Wars VII: The Force Awakens" trailer made me feel like a kid again.