"Why 'Get Out' Is The Best Movie Ever Made About American Slavery": An amazing essay penned by Esquire's Steven Thrasher.

“‘Get Out’ is a kind of taut Universal romp, as if Alfred Hitchcock had finally contemplated the existential terror of race. ‘Get Out’ is really a masterwork of Afrofuturism, the artistic and scientific framework for understanding race as a technology across time and space. Writer-director Jordan Peele unabashedly uses classical Afrofuturist imagery in depicting the theft of the Black body when his protagonist Chris (Daniel Kaluuya) stumbles from his girlfriend's mother's hypnosis far down into the void of space— only able to look up at a two dimensional view of his own life and rendered unable to act. A recurring image in Afrofuturism is the Black body abducted by aliens as an allegory for enslavement in different eras and places. In Peele's hands, I found my eyes looking at Chris's floating body and thinking about stolen Africans who were experimented upon (or thrown overboard), Henrietta Lacks' stolen HeLa cells, Emmett Till's little 14-year-old lynched body, music and sports stars being extracted from Black neighborhoods for white profit, the government not treating syphilis in hundreds of Black men in Tuskegee to study them—and, back to Chris, about to be lobotomized. I did not experience ‘Get Out’ as a horror movie as such, but as the best damn movie I've ever seen about American slavery. Our ‘peculiar institution’ was so absurd, I had already found Quentin Tarantino's ‘Django Unchained’ to be a more effective film at depicting its American-style perversity than Steve McQueen's stentorian ’12 Years a Slave.’ But Peele's ‘Get Out’ does something much more ambitious than either of them: it is a searing indictment of the on-going theft of the Black body, from the NBA draft to the beds of white sex partners who don't treat their lovers as fully human.” 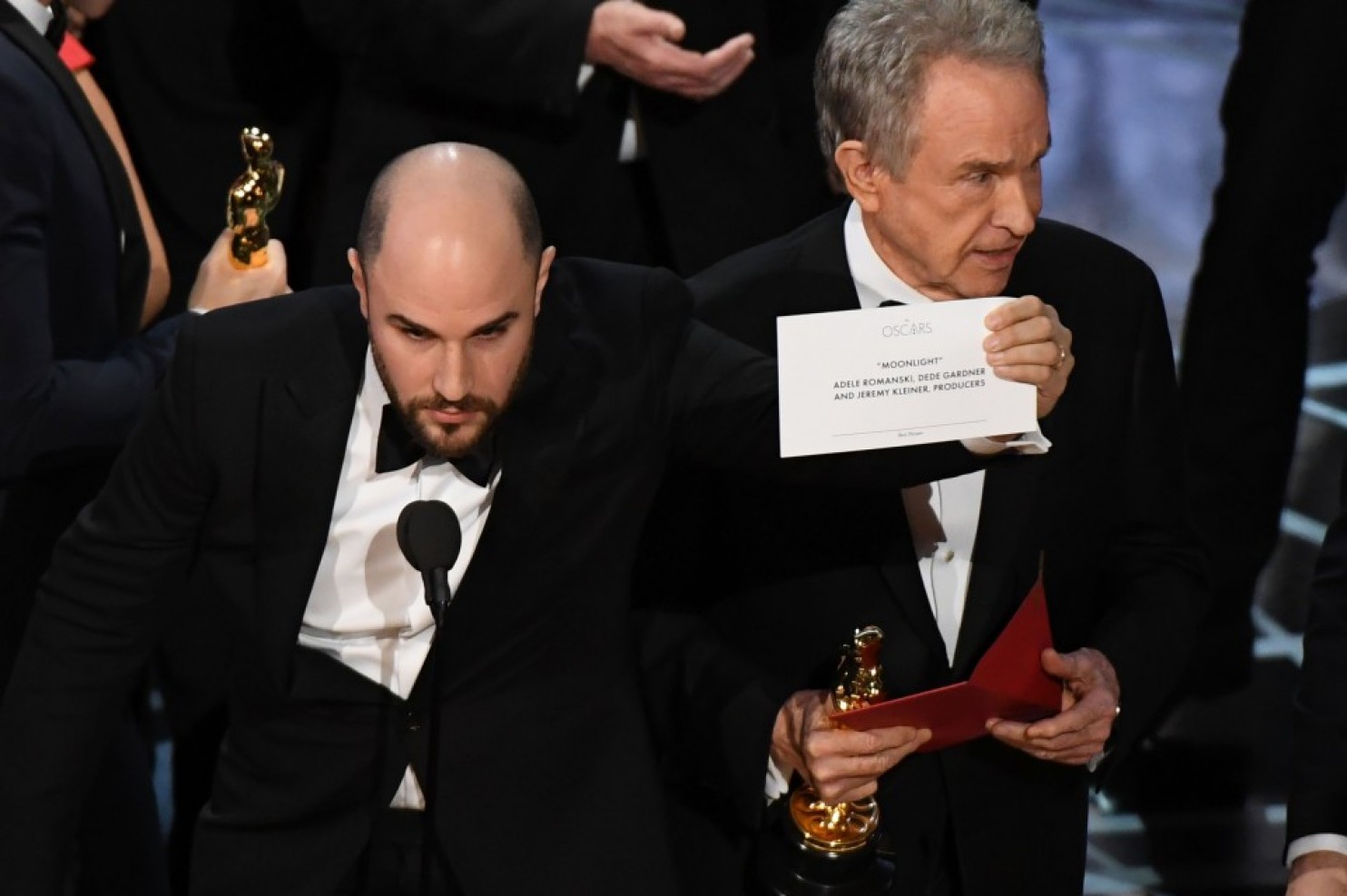 "'La La Land' producer Jordan Horowitz is the truth-teller we need right now": According to The Washington Post's Stephanie Merry and Lindsey Bever.

“This kind of behavior shouldn’t be all that exceptional, but truth has been hard to come by lately. We’ve just come off an election in which politicians have happily danced around facts, and the president continues to make false and misleading claims. When the truth is inconvenient, a lot of people spin it or bend it to their will. But that, apparently, is not Horowitz’s style. Now that Horowitz has been thrust into the spotlight, he’s received a massive outpouring of support — and he was interviewed Monday on ABC’s ‘Good Morning America,’ calling the episode a ‘surreal moment.’ But he doesn’t want people to lose sight of what’s important. ‘I want to make sure that we’re all talking about the fact that a $1.5 million picture about gay black youth in America won best picture at the Academy Awards,’ Horowitz told The Washington Post by phone Monday. ‘That’s a pretty sensational thing.’ He had just given a speech about wanting to do more bold and diverse work, he said — so it seemed appropriate somehow that he was able then to hand off his award to such a bold, diverse movie. There’s no need to spend any more time talking about what he did last night, Horowitz insisted. ‘That moment on stage was not about anything but moving the spotlight to where it should have rightfully been,’ he said. Besides, what he did was all just part of the job. ‘In a crisis, [producers] are levelheaded and decisive, and I try to operate from a place of doing what’s right on a moment-to-moment basis,” he said. “There was a real breakdown of process, and setting it right was in my mind the only option. All I know is there was a moment when I knew and it needed to be corrected. There was just so much confusion. I think people needed to see that piece of paper. There needed to be some real definitive clarity and truth in that moment.’” 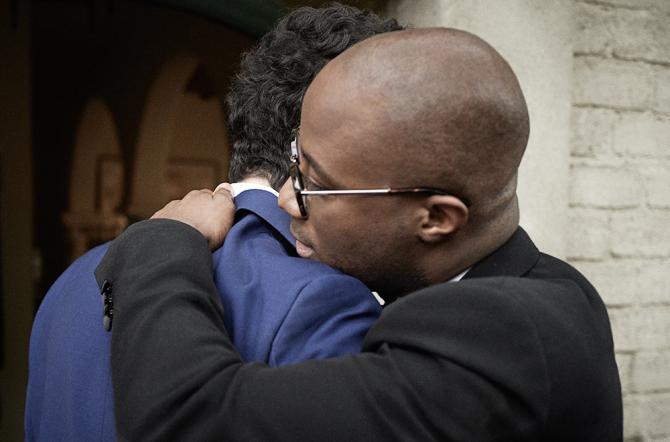 "Damien Chazelle and Barry Jenkins on That Oscars Shocker: The Morning After Interview": In conversation with Variety's Kristopher Tapley.

“In a joint interview, exclusive to Variety the morning after the Oscar ceremony, Chazelle and Jenkins — both emotionally hungover from the stunning scenario that had unfolded hours earlier — were finally able to compare notes on their respective experiences when chaos broke out on the Dolby stage. ‘Everything looked so energized, I at first thought there was some kind of prank going on,’ Chazelle says.Jenkins, meanwhile, was in his seat, poised to give an acceptance speech just in case his film won. ‘I had something that I had prepared to say, and that thing went completely out the window,’ he recalls. ‘I’ve been saying that [co-writer] Tarell [Alvin McCraney] and I are that kid in the film, and that kid does not grow up to make a piece of art that gets eight Academy Award nominations. It’s a dream I never allowed myself to have. When we were sitting there, and that dream of winning didn’t come true, I took it off the table. But then I had to very quickly get back into that place. And my first thought was to get to the stage to give Jordan a hug as quickly as possible.’ In terms of their respective talents, ages, and professional experience, Jenkins and Chazelle are at similar junctures. Jenkins, 37, has directed two movies, and ‘La La Land’ is the third feature for 32-year-old Chazelle. The separate awards paths for ‘La La Land’ and ‘Moonlight’ began nearly six months ago, when the two films world-premiered just two days apart. Chazelle’s movie opened the Venice Film Festival on Aug. 31, while Jenkins bowed his sophomore effort Sept. 2 in Telluride.” 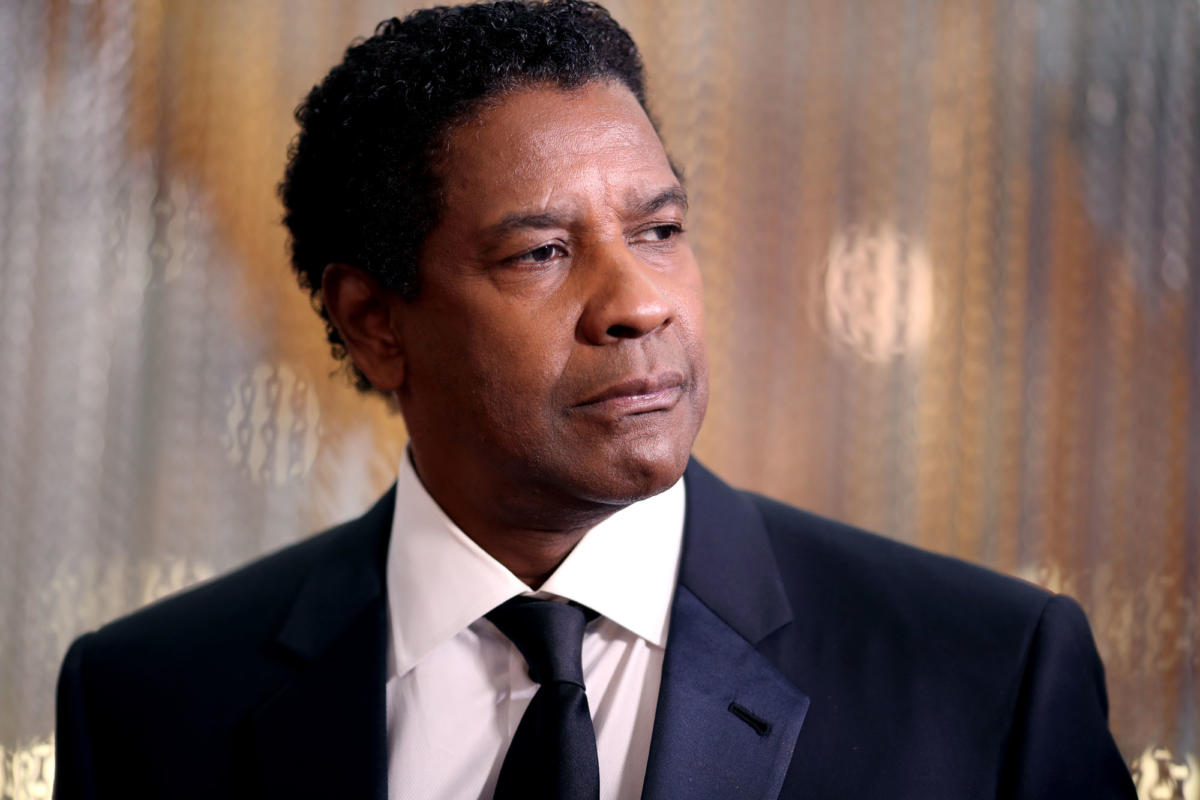 “The first black/white, old/new Hollywood moment that hurt my heart had happened sometime before the Beatty confusion, and that was when Casey Affleck won the Best Actor Oscar, for ‘Manchester by the Sea.’ Annoying public affect aside—the carefully studied, slightly unkempt ‘realness’ and James Dean inarticulateness—Affleck, it was clear, was sincere in his surprise and praise for other actors. Early in his speech, he acknowledged how much he had learned from his fellow-nominee Denzel Washington. The camera cut to Washington and his wife, Pauletta, who were looking up at the winner, unsmiling and unforgiving. In that moment, a silent rage was being used to put young privilege, or whiteness, in its place. (In the back of my mind, I could hear my mother criticizing Affleck’s long hair and lack of finesse.) Then the camera cut back to Affleck, who appeared startled and not a little hurt by Washington’s response. Maybe Denzel wasn’t having Affleck because of those sexual-harassment lawsuits that won’t go away, which were settled out of court while Nate Parker’s weren’t. But I don’t think that’s what Washington was mad about specifically. This was Hollywood, a community whose privileged black class rolls race out when it’s convenient, and where women and less famous black people are rarely if ever given a chance that would detract from their own fame. Washington’s look should have told Affleck something about trying to make amends in the Hollywood way—on TV—with one of its more fabled citizens. Washington knows what Hollywood is: a place that’s defined as much by myth as by petty and mighty anger over who got what, and why they didn’t.” 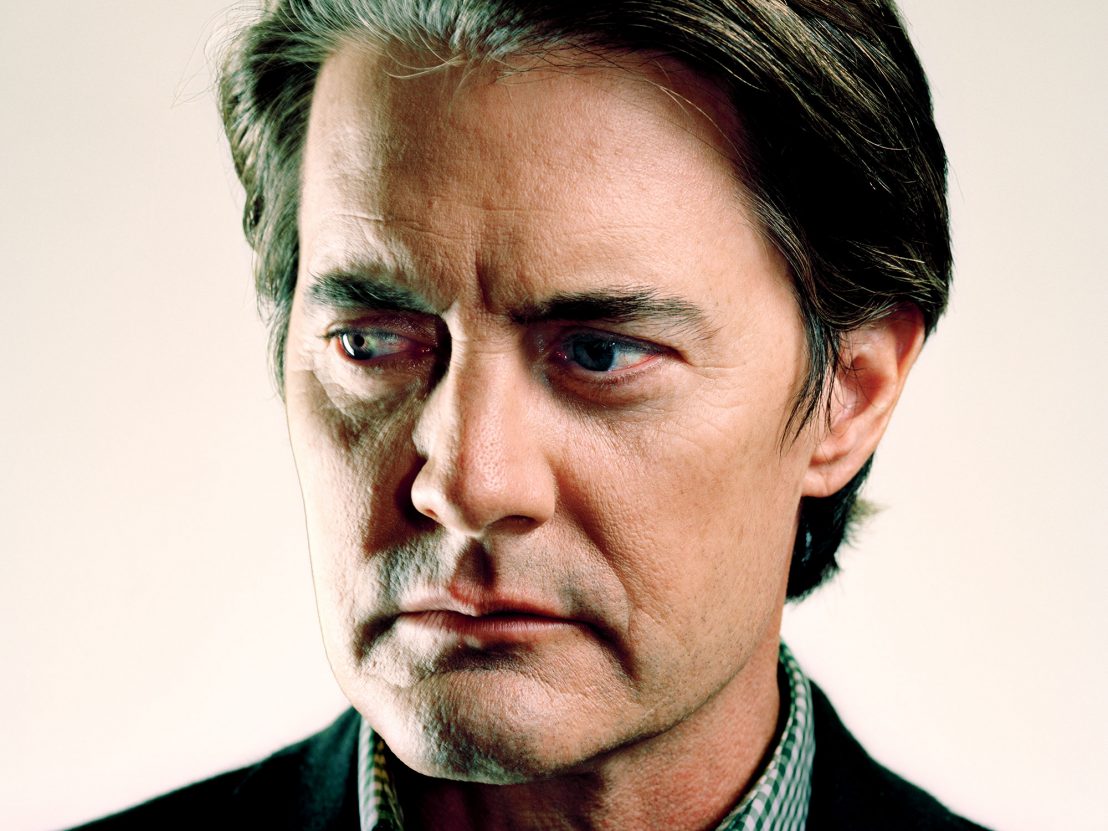 “The show’s beginnings were less than auspicious. Lynch and co-writer Mark Frost had met in 1986, and already had a pair of unproduced screenplays behind them when they were told there was interest from ABC in a television show. Their pitch to the network was vague: Frost recalls Lynch spending the majority of their meeting describing – with suitably jazzy hand gestures – the way the wind whispered in the pine forests surrounding the town. When ABC commissioned a pilot, the pair saw it as an opportunity to confound expectations and inject a dose of madness into the mainstream. ‘We didn’t approach it as a television show,’ says Frost. ‘Remember that we were coming out of a decade in which the tone of major television was set by shows like Dallas, shows that David and I wouldn’t be caught dead watching. It felt like we’d been led into the big machine inside a Trojan horse, and that seemed all the more reason to make Twin Peaks as strange and subversive as we possibly could.’ Writing took place at Frost’s home in LA, Mark typing while David lay on the psychiatrist-style couch and batted ideas off the walls (he professed to be unable to type). Casting adhered to a typically Lynchian anti-process: Dana Ashbrook was required to stand on the roof and bark like a dog, a role he later reprised as a jail-bound Bobby Briggs; Richard Beymer and Russ Tamblyn were cast as Ben Horne and Lawrence Jacoby simply because it tickled David to see the former arch-enemies of West Side Story reunited on screen; and roles were regularly adapted to fit actors that Lynch particularly liked (meeting Joan Chen led to him rewriting the Italian maid Giovanna, originally pencilled for his then-partner Isabella Rossellini, as the Chinese Josie Packard).” 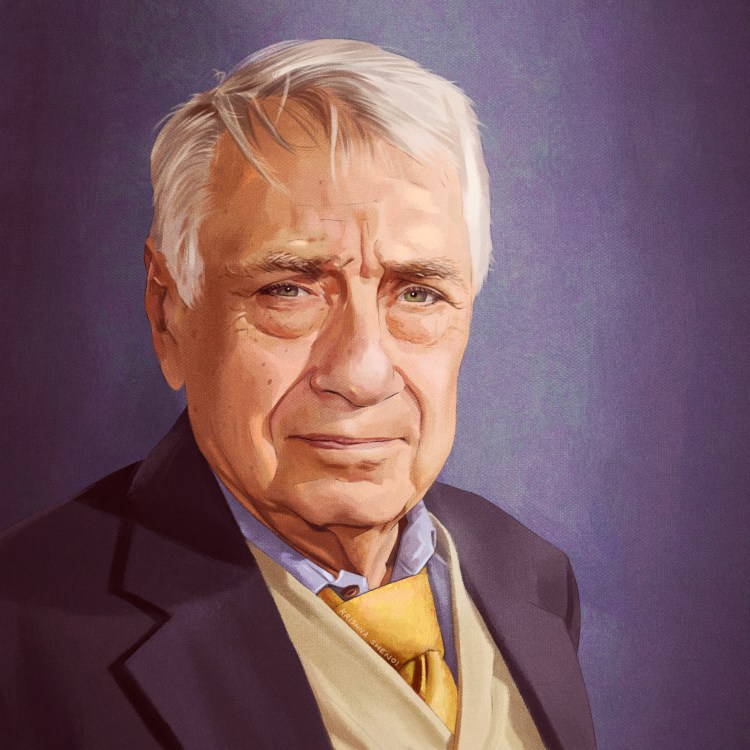 Doug Walker, a.k.a. the Nostalgia Critic of ChannelAwesome.com, may be best known as a comedian and satirist, but his videos also offer a great deal of insightful film analysis, especially when they focus on the realm of animation, as evidenced by his latest editorial, "What Happened to Great Disney Villains?"