"Harry Potter and the Twelve-Year Boyhood": At Observations on film art, Kristin Thompson pens a splendid piece contrasting the achievement of Linklater's "Boyhood" with the "Harry Potter" series, which both allowed audiences to watch actors grow up before their eyes.

“Early on Olivia reads a passage from ‘Harry Potter and the Chamber of Secrets’ to Mason and Sam. We don’t see the cover the the book, but it’s a passage that clearly identifies which entry in the series it is. ‘Chamber of Secrets’ came out in the USA on June 2, 1999. (Incredible as it now seems, the American releases of the first two books were roughly a year behind the British ones and didn’t reach a simultaneous release date until ‘Goblet of Fire’ in 2000.) The kids are obviously fans, since later they wear costumes to attend the book-store release of ‘Half-Blood Prince,’ which dates the scene precisely as July 16, 2005. I don’t think the use of Rowling’s series is a random choice. The first six books cover six years in the educations of Harry and his friends at Hogwarts, with the seventh and final one following their attempts to thwart the villainous Voldemort. All begin in the summer, often specifically including Harry’s July birthday. The first six end as the school year concludes, and at the climax of  the seventh, Harry, Hermione, and Ron return to Hogwarts for Voldemort’s defeat. Both Linklater’s feature and the ‘Harry Potter’ film serial face the challenge of retaining the child actors across a lengthy period of shooting. Moreover, neither Linklater nor the ‘Harry Potter’ filmmaking team started with a complete script. The script for ‘Boyhood’ was written year by year, with input from the actors. The early ‘Harry Potter’ films were made before Rowling had completed her books, and she seldom shared information about what would happen in the upcoming ones.” 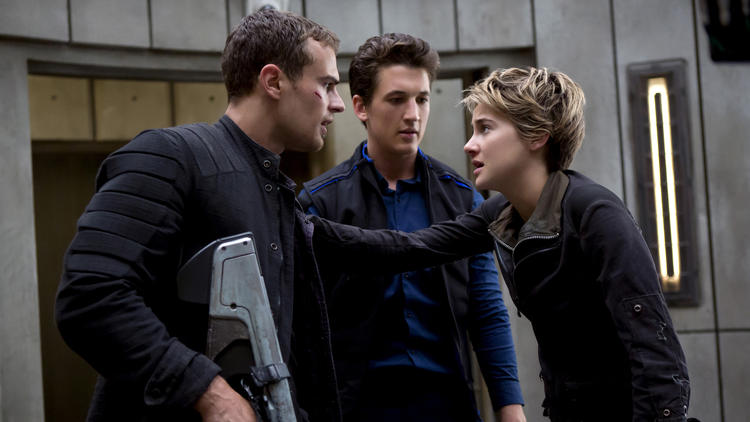 "Can 'Insurgent' spark a male rebellion too?": Asks Steven Zeitchik of The Los Angeles Times.

“Many of these action moments offer a kind of homage to (if you’re generous) or knockoff of (if you’re not) movies like ‘Inception’ and ‘The Matrix’ — particularly the last 20 minutes, when you’re likely to think of both films, as worlds fall apart and come together via effects-driven sequences inside a character’s mind. The reason for all this is, at least in part, audience-driven: Studio Lionsgate is hoping the film can expand to a male constituency. Roth’s books skew heavily to young females (the author herself is just 26), and so did the first movie. That’s all fine for a midlevel hit, but it’s not nearly enough for a major blockbuster. ‘Twilight’ appealed primarily to women, but up and down the age spectrum. And ‘Hunger Games’ has some male crossover, which is why each of its installments have taken in at least $330 million in the U.S. ‘Divergent,’ in contrast, grossed $150 million domestically. That’s a respectable enough number, but not nearly sufficient for the kind of tentpole the company needs now that ‘The Hunger Games’ is starting to wind down. Enter the male audience. Action, it should be said, can also open up foreign markets, something the series could benefit from. (The first movie took in a modest $137 million overseas.) There’s a feeling this might be the moment to grab for a bigger audience.” 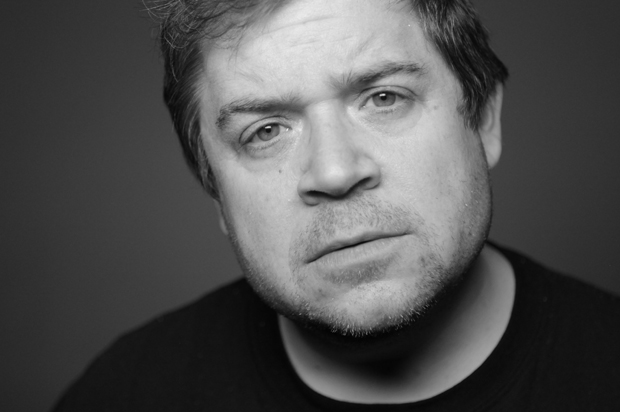 “If the writers’ rooms are white, and if the hosts are white, when do we start to see that change that should come from having these allies that you say are in these places. [Oswalt:] ‘That I can’t say. I don’t know. But it doesn’t help to make them seem like not an ally for being white males hosting these shows. That does not f—king help our side, to start picking apart people that are already on our f—king side. It must have been so frustrating for someone like Joan Rivers at the end of her life, who kicked open all these doors for women and gay people and transgendered people and people of color. Early on she was promoting Richard Pryor, she was trying to get the word out. And at the end of her life, suddenly she started having her stuff picked apart by the people that benefited directly from the risks she took and the work she did. To have them start going, ‘Well, that word’s not right. What is that word?’ And she’s like, ‘Are you f—king kidding me? I opened up the doors for women to get onstage and do whatever the f—k they want. Just like the guys were doing. And now the people that benefited from that are now picking me apart.’ That must have been so f—king frustrating. Oh hey, putting my picture next to ‘rape joke’ was hilarious. What a wonderful joke that was. By the way, don’t think I don’t know how powerful and crucial words are. I understand that. But that’s why I always give it a second and look at it again. I remember when the whole Daniel Tosh thing went down, and I’ve said this a million times. When he told that girl, ‘Wouldn’t it be funny if you were raped?’ Awful. That was awful. That part was awful. Everything leading up to that, I will defend to the ends of the earth. I will defend any comedian being allowed to go onstage and try to make a run at making any subject funny.” 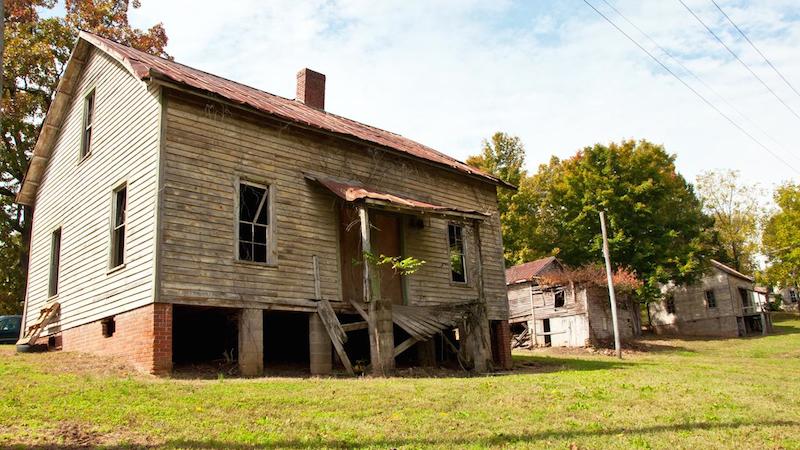 “Readers and movie-goers worldwide know District 12 as the home of Katniss Everdeen, the courageous, arrow-flying heroine of The Hunger Games: the brutal, annual event in which children fight to the death in an arena. The third installment of the film series, which is based on the books by Suzanne Collins, opened in much of the world last November. When scouts looked for locations for the film’s first installment, in 2012, they picked this place: Henry River Mill Village. The abandoned, early 20th-century mill town provided the perfect setting for Katniss’ poor home district, and the location was faithful to the book’s description. ‘District 12 was in a region known as Appalachia,’ Collins wrote in the first novel. ‘Even hundreds of years ago, they mined coal here.’ Remarkably few scenes were shot in a studio or using CGI, and most of the movie features North Carolina locations (a decision that earned the film nearly $14 million in tax credits). Scenes like the ‘Reaping,’ where tributes are selected to go fight in the Games, were shot in the town of Shelby, 20 miles west of Charlotte; the Charlotte Convention Center was used for the scene of Katniss’ chariot ride, when her dress lights on fire; the watershed of the town of Asheville, at the edge of the Blue Ridge Mountains, provided the first shot of the arena, when the tributes stand on podiums. Of the many film locations, though, Henry River Mill Village is one of the most evocative. Particularly in autumn; that’s how the scouts first saw the village. It was November, and the falling leaves and spare trees made the ghost town feel even more desolate.” 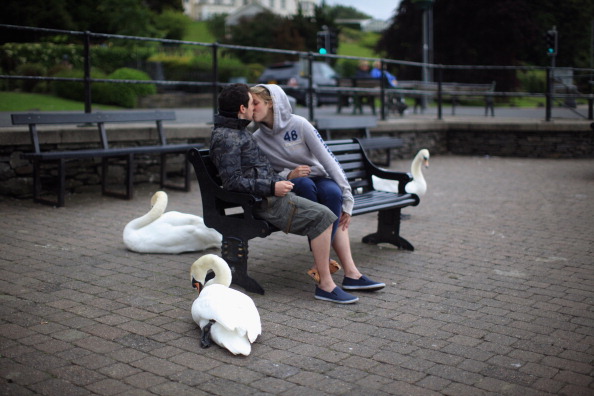 "Things You Should Never Say to Couples Without Children": Tiffany Raiford of SheBudgets writes an essential piece for couples of any age.

“Parents know what it’s like to hear the ridiculous questions and statements from their friends and family members regarding their reproductive systems and personal decisions. They ask when you’re going to try for baby number 2 30 seconds after baby number 1 enters the world. They ask if you’re going to breast feed. They ask if you’re having reproductive issues. They ask all kinds of questions that are none of their business and they make comments that are downright rude. Well, parents, the same thing happens to couples without children, too. And some of us are guilty of asking these questions and making these statements. Having a baby changes you and your entire life, but it doesn’t give us or anyone else the right to make rude, hurtful and nosy comments and questions to our childless friends. So before you go asking that childless couple why they’re not getting busy making a baby, go ahead and read over this list to see if your silly comment or question is on it. If it is, go ahead and assume you shouldn’t say a word.” 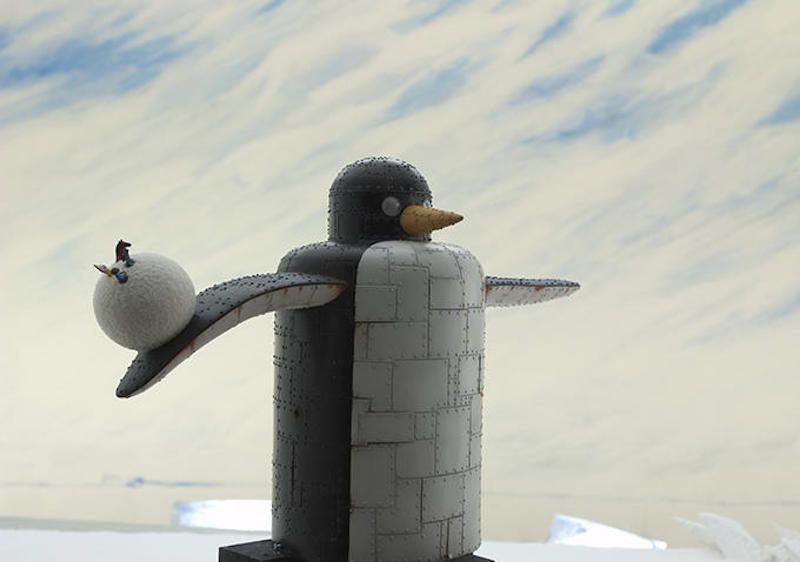 First and Final Frames from Jacob T. Swinney on Vimeo.

Jacob T. Swinney's excellent video essay, "First and Final Frames," illustrates what can be learned by examining the first and last shot of a great movie.