"Thank You For Being a Friend: An Oral History of 'The Golden Girls'": Compiled by Drew Mackie of Frontiers Media.

“[Mort Nathan:] TV Guide had done a piece on the show: “The Golden Girls’—Is it still as good as it was the first year?” And they asked random people what they thought of the show, and this one housewife said she didn’t think the show was as good and that Bea Arthur’s character wasn’t as interesting. They mentioned her by name—Mrs. Betty Johnson, Sioux Falls, Iowa. So Bea reads this at lunch and then gets on the phone and asks information for this Betty Johnson’s number. And she calls her. And she picks up, this TV Guide woman, and Bea says, ‘This is Bea Arthur, and I want to talk to you about what you said in TV Guide.’ The woman was horrified. She said she was misquoted. ‘I didn’t mean it. Is it really you? I love the show. I take it back.’ And Bea goes, ‘That’s what I thought. OK, that’s better.’ [Winifred Hervey:’ ‘And then Bea said ‘That person’s going to go tell everyone that I called her, and no one’s going to believe her.” [Stan Zimmerman:] ‘Years later, [Berg and I] were going to see that movie ‘The Opposite of Sex,’ and ahead of us in line was Bea Arthur and Angela Lansbury. And we were like, “Holy f—k—we’re sitting right behind them. And they were laughing at the dirtiest stuff in that movie. And it was Mame. That was everything. We were like, ‘Who drove? How many cocktails did they have on the way over?” 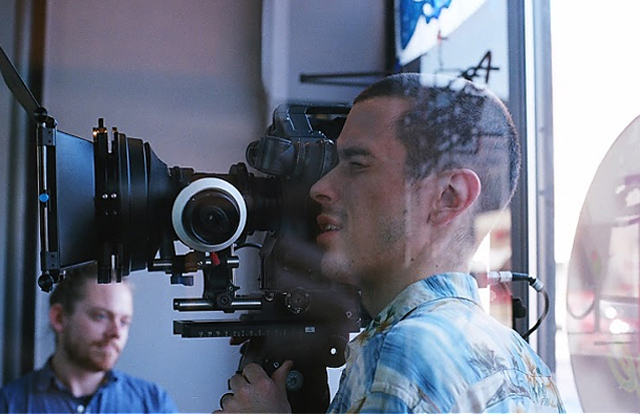 “‘[HollywoodChicago.com:] ‘Why the title ‘The Grasshopper’ [for your new film]?’ [Bischoff:] ‘It’s inspired by that old fable, ‘The Grasshopper and the Ant.’ The ant works constantly, so when winter comes he has prepared a home, food and security. The grasshopper, plays and dances all summer, so when winter comes he has no food, so he has to ask the ant for help. I’m a Millennial, we all want to be grasshoppers, but we tend to forget about the ants.’ [HollywoodChicago.com:] ‘Which film director has inspired you to the point that you include little tributes to them in your films, and what is an example of one of those tributes?’ [Bischoff:] ‘There is a French director, Leos Carax, who did the film ‘Lovers on the Bridge.’ I feel like he plays in a magical realism-type world, the whole story is just so metaphoric that they can live, dance, sing, breathe and throw fireworks off a bridge without a need for explanation. There is somewhat of an energy like that in my work. The other is American Frank Perry, whose most notable film is ‘The Swimmer’ [1968], which is my favorite film of all time. If I can make something like that statement, I would be very happy.’” 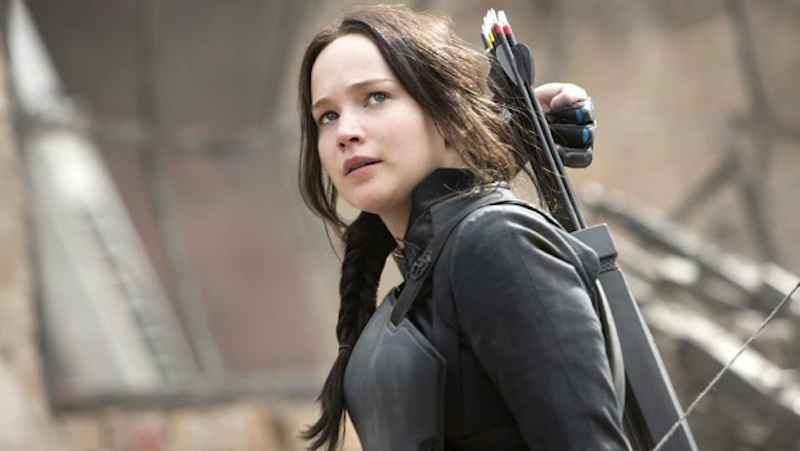 "'Seven Hours' Worth of Movie over Three Years': Francis Lawrence on 'The Hunger Games: Mockingjay—Part 2": In conversation with Jim Hemphill of Filmmaker Magazine.

“[Filmmaker:] ‘It’s a very unique look, and one that I think has been imitated by a lot of other films in the last year or so. Did you have any visual references in mind, like other movies, or was the approach more intuitive?’ [Lawrence:] ‘I didn’t have anything that I relied on heavily, though on ‘Catching Fire’ cinematographer Jo Willems and I looked at a lot of Vietnam films like ‘Apocalypse Now’ and ‘Platoon,’ both because there was a lot of story in the jungle and because these are, in a sense, war films. Jo also brought a number of lighting references in that influenced our approach.’ [Filmmaker:] ‘Which was?’ [Lawrence:] ‘Again, I’m a fan of naturalism. I think audiences are pretty savvy, and they can sense when someone’s got a key light that isn’t coming from any motivated source, and a backlight just because someone’s decided that they need to be separated from the wall behind them. My tendency is to lean toward a more realistic direction and away from that old-fashioned studio lighting, and then think about the emotional value of a scene and how the light relates to color and production design and how those things can bring out the ideas and emotions I want to express. The production designer and cinematographer and I had long discussions about things like District 13 in the ‘Mockingjay’ movies – we didn’t want it to be just gray, so we came up with this notion that the characters would be creating their own colors underground and forming circadian rhythms for the people living below. There were night looks and day looks so that during the day there would be this bright, clinical way of seeing things and at night it all went amber and dark but not black. We wanted the color underground to really contrast with what it looked like outside, so that you really feel the air and the green of the leaves when you emerge into the forest from a claustrophobic, industrial environment.’” 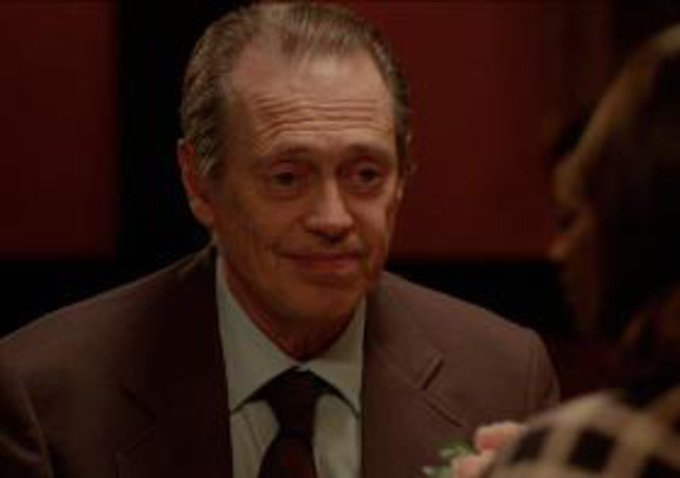 "On Louis C.K., 'Horace and Pete,' and the Meanness of Donald Trump": Insightful commentary from Indiewire's Max Winter.

“I woke up late on Saturday morning to good news in my email inbox: a new episode of ‘Horace and Pete,’ Louis C.K.’s online series, had dropped. The first part of the email was fun and games as usual, but then there was a PS, during which C.K. delivered a lengthy and much-publicized rant against Donald Trump. As one might expect, C.K. had choice words for Trump, calling him a liar, a bigot, the equivalent of Hitler—all fair labels. Most saliently, though, C.K. called Trump out for a couple of things: he stated that he’s ‘not one of you. He is one of him,’ urging readers not to be fooled by Trump’s promises. And he described, at length, Trump’s bullying, threatening tendencies, his pure meanness. Meanness should be distinguished from cruelty: meanness is inherent, deep, and yet also tacky; cruelty is slightly different, possibly situational. There’s a reason why C.K.’s words on the meanness and pretense of Trump should be taken seriously, and that his rant should not be dismissed as yet another self-serious celebrity’s conscious political statement. The reason is that C.K. is a student, practically a scholar, of both these qualities in humans. This knowledge is in glowing and wince-worthy evidence in Episode 6 of ‘Horace and Pete.’” 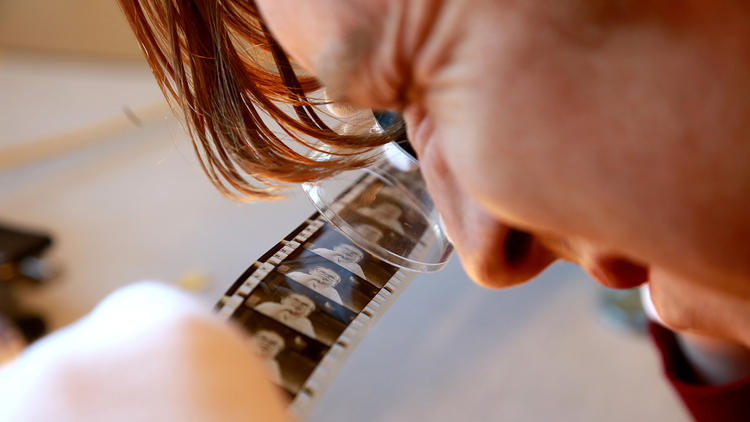 "Reels of classic films were melting into goo; philanthropist David W. Packard won't let that happen": As reported by Kenneth Turan of The Los Angeles Times.

“If you care even a little about the art and history of American motion pictures, about being able to see classic films now and forever, you owe a debt of gratitude to David W. Packard. Packard, the son of Hewlett-Packard co-founder David Packard, has never seen a Steven Spielberg movie and takes pleasure in reading Homer in the original Greek. But he cares deeply about film history, and his Packard Humanities Institute has become one of the leading philanthropic organizations funding film preservation. Now a landmark moment in that cause is nearing completion on 65 acres in the hills of Santa Clarita: a $180-million facility that houses vintage movies in the UCLA Film & Television Archive, including ‘The Maltese Falcon,’ the Flash Gordon serials, Laurel & Hardy's ‘Way Out West,’ Cecil B. DeMille's personal collection and producer Hal Wallis' own print of ‘Casablanca’  ‘UCLA was looking for a modest little place to move to, and I got involved and turned it into something monumental,’ Packard, 75, said during an extended tour of the facility. ‘It's a labor of love and a labor of craziness. I could have just built an adequate facility, but it didn't cost that much more for it to be something wonderful.’” 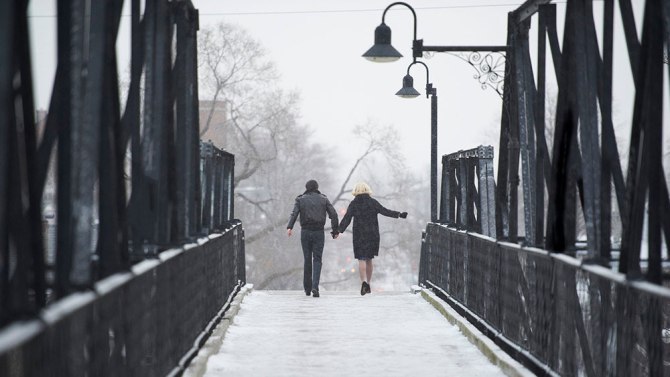 According to Variety's Alyssa Sage, the National Film Board of Canada has committed half of its production budget to films by women.

I love when a film puts its own indelible stamp on a classic tune, and that's precisely what "10 Cloverfield Lane" did with The Exciters' 1963 hit, "Tell Him." You'll never hear the refrain, "Tell him that you're never gonna leave him," in the same way again.