"The Post-Beatles Beatles Movies Reflect a Decade of Confusion." The Dissolve's Noel Murray on Fab Four-driven movies made after the band broke up.

"Say this for Sgt. Pepper’s Lonely Hearts Club Band: Compared to the amateurish, montage-heavy All This And World War II and Beatlemania, it’s practically A Hard Day’s Night. Director Michael Schultz—who also helmed Car Wash and the underrated Cooley High—knows how to move a camera and stage a scene, and the overall brightness and hugeness of Sgt. Pepper’s has some inherent appeal. But the musical performances are as flaccid as most of the ones on All This (even though original Beatles producer George Martin helped record the soundtrack), and the songs run under dialogue-free sequences that traffic in the oldest clichés about how Hollywood sucks the soul out of talented, hopeful young artists. The movie is essentially a two-hour music video with cruddy music, and there’s no small amount of cynicism in a mega-budget, star-studded film pretending that money-grubbing showbiz types are villains."

"I only tried the drug once myself. It was 1993 or 4 or so.  I was hanging out at Sally's Hideaway, the old drag bar on 43rd Street, the old ballroom of the Carter Hotel—it was later transformed into The City, the nightclub where that schmuck Sean Combs got into his gun trouble, and I don't know what it is now—and I was in the company of a charming preoperative transsexual who went by the name of Christina Piaget, and she was undergoing some sort of personal paroxysm of self-disgust that ended with her spoken resolve to never do heroin again, and handing over to me a small glassine envelope containing the substance, and then quitting the venue." 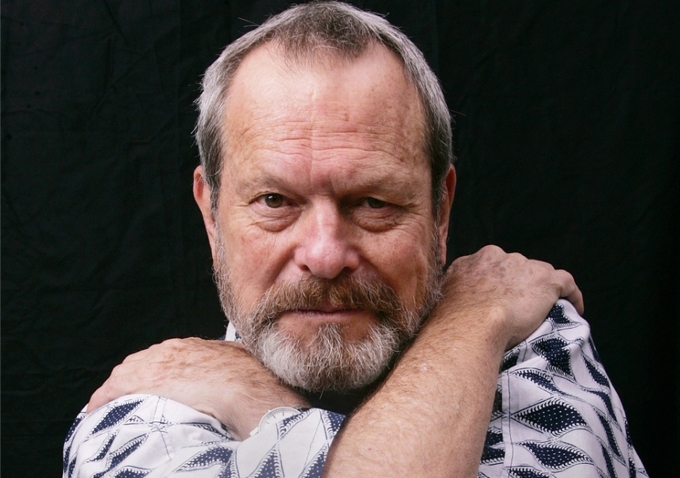 "Terry Gilliam: My Life in 8 Movies." The brilliant and mercurial director of "Brazil" and "12 Monkeys" inaugurates a new feature at The Playlist. Jessica Kiang has the interview. Kiang: What’s the film that everyone hates that you love?

Gilliam: Oh god. Well this would be back to 'One Eyed Jacks.' I have occasional fights with [film critic] Mark Kermode when I say it is in my top ten films ... And he’ll say 'you’re crazy.' I say, 'no, I think it’s a great, great film.' Flawed, but I think it’s just a great, great film. And so many people just don’t see it. It got bad reviews, but I love the characters, the situation, the whole story and I forgive it all the things that are wrong with it." 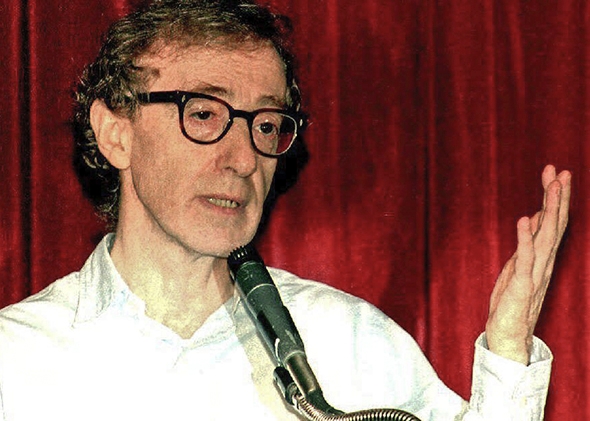 Some more links on you-know-what: "Woody Allen vs. Dylan Farrow: The Court of Public Opinion is Now in Session." By Dalia Lithwick, for Slate. Wherein a smidgen of common sense is applied to the vast unruly thing this has become. See also: "Woody Allen and Young Girls: A History," from Vulture, and Esquire's "Re-watching Woody Allen: The Newly Chilling Themes You Can See in His Movies," to which Lithwick's piece might as well be a response (even though it wasn't; not specifically anyway). Finally, New York Times public editor Margaret Sullivan says Allen may respond to Dylan Farrow's "open letter" via the Times itself.

"Investigative journalism is one thing. But the Court of Public Opinion is what we used to call villagers with flaming torches. It has no rules, no arbiter, no mechanism at all for separating truth from lies. It allows everything into evidence and has no mechanism to separate facts about the case from the experiences and political leanings of the millions of us who are all acting as witnesses, judges, and jurors. So go ahead and tweet your truth or publicly shame someone who is tweeting hers, but don’t believe for an instant that this is how complicated factual disputes get resolved or that this will change hearts and minds about our woefully anti-woman, anti-victim culture." 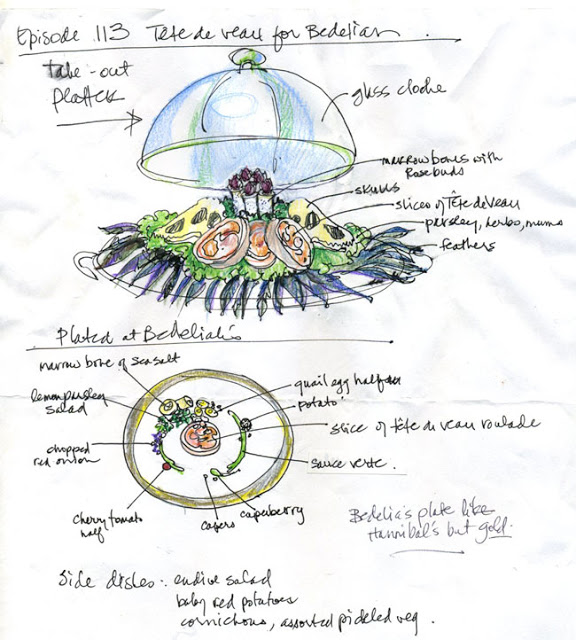 From the blog of Janice Poon, the food stylist for NBC's Hannibal.

The London Times trumpets its cross-disciplinary arts coverage with this video stitching together five images from different disciplines in a long, unbroken shot.