"Alexis G. Zall on 'Coin Heist,' 'Ouija' and YouTube": The actress and ace YouTuber chats with me at Indie Outlook about her approach to editing, podcasting and connecting with viewers.

“[Indie Outlook:] ‘The jump cuts in your editing makes us feel as if we’re hurtling headfirst through your thoughts.’ [Zall:] ‘I love the process of editing. I think it’s so cool to watch an episode you have in your brain come to life. Basically the way I figured it out was just by making videos. I started trying it and that’s usually the advice I give to someone if they want to be a YouTuber or want to get into editing. Just make whatever that thing is that you want to create, and then make another one and try to make each one a little bit better than the last. I kind of threw myself into it and had to figure it out.’ [Indie Outlook:] ‘You also display a great sense of comic timing in your edits, such as in the video where you’re wrestling with your cat.’ [Zall:] ‘Thank you! I never felt that I was particularly funny. Comedy wasn’t something that I was all that interested in, other than the times I would trip and my friends would always laugh. Something I started doing when I got into YouTube was when I watched a video and thought it was funny, I’d watch that same video like five times, and I’d figure out why I was laughing and why I thought it was funny. I think there is a lot more structure and math to comedy than you’d normally think of when you hear a joke and laugh. There’s a lot that goes behind it. Once you figure out the formula, the world is yours.’” 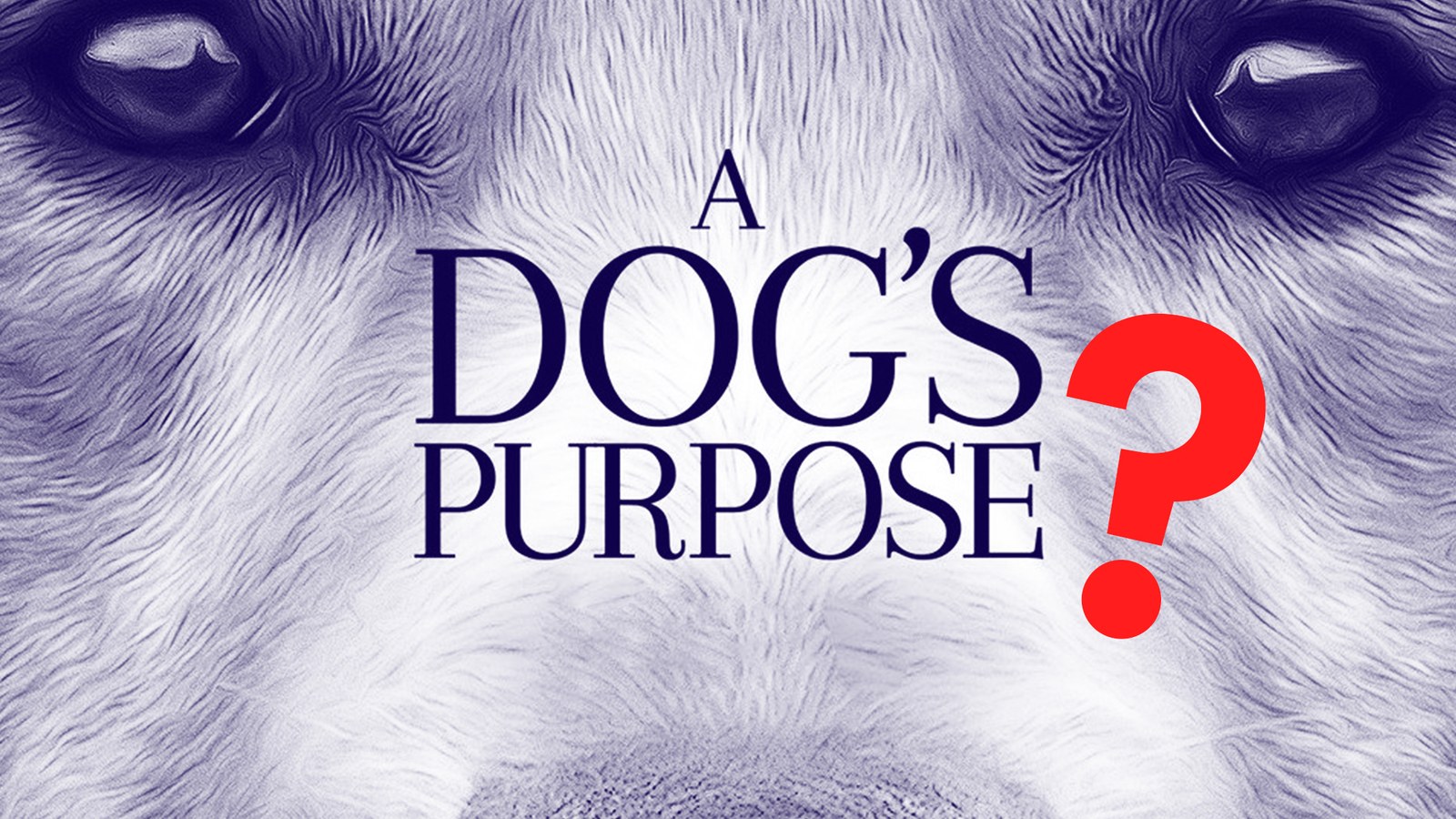 "What, Exactly, Is a Dog's Purpose?": An uproariously funny and beautifully written essay from GQ's Caity Weaver.

“By now, some people in the theater were sobbing. My own nervous system went haywire. I was laughing and crying simultaneously, frightened and amazed at how easily I could be manipulated into weeping by the simplest musical cues. Even as I saw the hits coming from 100 miles away, I was powerless to prepare myself; it was like standing in the middle of an empty New York alleyway, waiting to be run over by a car just leaving Philadelphia. Every time a dog died, even if it was a dog I had only known for five minutes of screen time, even though I knew these dogs were exactly the kind of pampered Hollywood elites who would rather eat caviar and drink $60 bottles of water than spend two minutes thinking about the struggles of average Americans, I was powerless to stop myself from bawling. Was this a dog's purpose? To make me unhappy forever?” 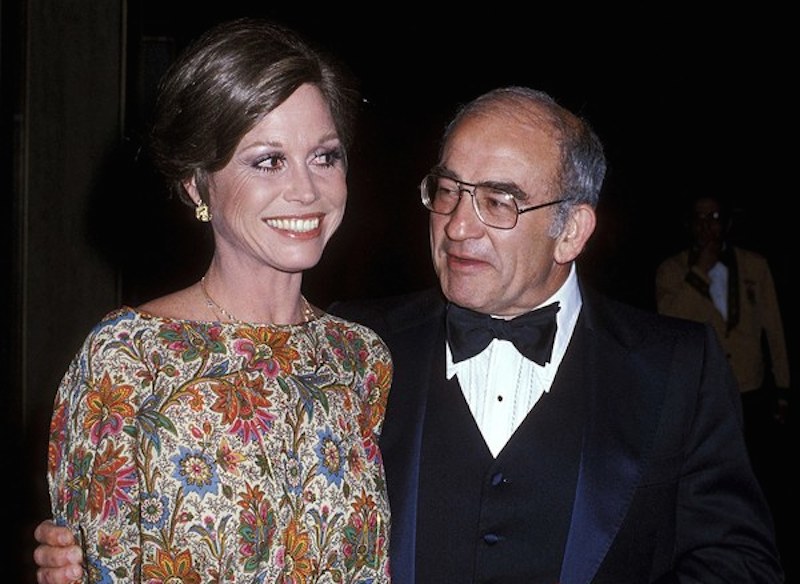 "Ed Asner Remembers His Ill-Fated Date With Mary Tyler Moore": In conversation with our own Donald Liebenson at Vanity Fair.

“Unlike the rest of us, who first fell in love with Moore as Laura Petrie on ‘The Dick Van Dyke Show,’ Asner said that he was unfamiliar with her work. ‘I didn’t go out of my way to watch comedies then,’ he said. He was a ‘potboilers and action’ guy. Asner and Moore were both in the cast of ‘Change of Habit,’ Elvis Presley’s last feature film—but they had no scenes together, and their paths did not cross on the set. ‘And a year later, I was working with her,’ Asner marveled. He had heard enough good things to be intimidated by Moore at his audition, he said. But he nailed their first scene together: Mary’s WJM job interview, which culminates in Lou’s classic line, ‘I hate spunk.’ ‘That audience burst forth like there was no tomorrow,’ Asner said. ‘I felt such power at that moment. I could command those 300 people to march into the sea if it was nearby.’ He credits Moore with helping to bring out his best. Working with her, he said, was ‘unbelievable. She was always there to bolster my bully boy image on the show.’ Asner was inspired to follow her example when he starred in his own eponymous TV series, ‘Lou Grant.’ ‘I discovered that just as she was the giving, generous [lead] of [her] show, that’s what I would have to become to make [my] show successful: the giving, generous pivot around which everything revolves. In the end, it’s your generalship, your giving [ensemble members]) the backboard to bounce off and make them good that makes the show succeed.’” 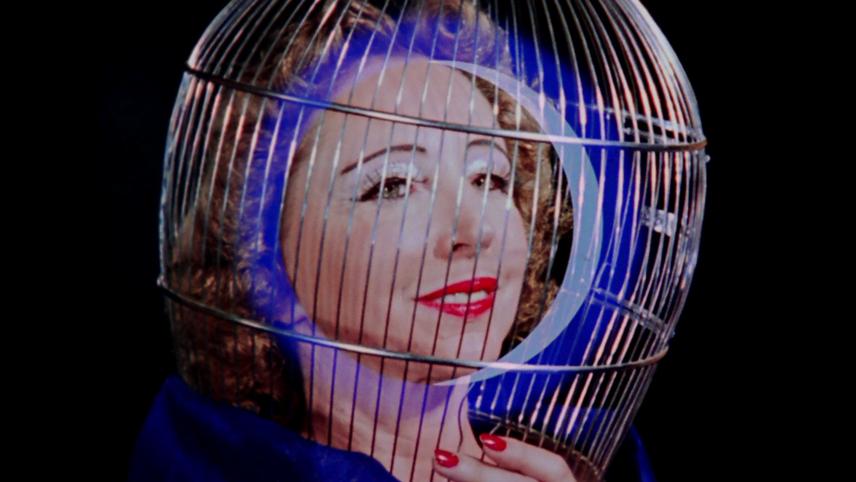 "25 Intimidating Movies That Deserve To Be Seen": An essential list from Taste of Cinema's Zach Crosswait, including Kenneth Anger's "Inauguration of the Pleasure Dome."

“Also on YouTube, what could be Kenneth Anger’s finest achievement serves as a monument to cinematic radicalism. Amazingly, Anger’s original cut was released the same year as ‘On the Waterfront’ and unlike this Hollywood classic, was shot on vibrant technicolor 16 mm film and has often been described as one of the great ‘psychedelic’ films to ever be made. The film is a kaleidoscope of color and music, a movement that progresses forward into swells of permutation that explode and expand incomprehensibly in front of viewers’ eyes. What is essentially an amazing sensory experience is brought on through the vague narrative of a ritual, one that contains many specific parts to its ultimate conclusion, to the film’s ending.Only 39 minutes long the film does frustrate those that watch it in attempts to grapple it, to define each and every piece with the hope of understanding what the film’s ‘goal’ is. This is precisely the genius of Kenneth Anger: his work is more concerned with an interpretation of form and its visceral possibilities than it is with delivering messages.It is especially important to view the work of Kenneth Anger to grasp the unspeakable, indescribable poetry of images matched with music through a fixture in time.” 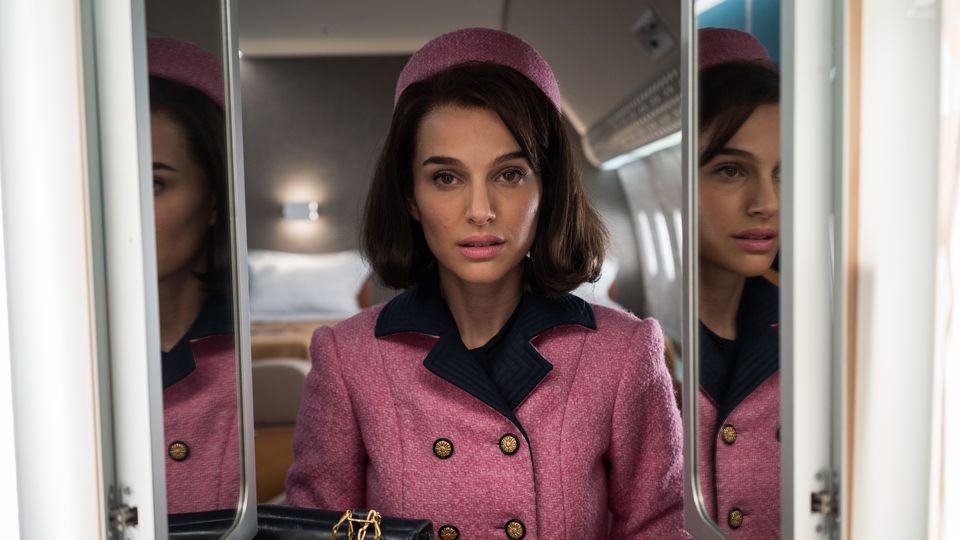 "'Jackie: The Power of Cheap Music": Another excellent essay from Martha P. Nochimson at her blog, Eye on Media.

“There is an air of psychological possession by cheap music that suffuses Larrain’s deceptively simple, piercingly perceptive film. And not only by cheap music, but also by cheap romanticism, cheap spectacular gestures, and cheap religiosity. Jackie is authentically compelled by the need for ceremony to commemorate John Kennedy’s passing, and she studies documents and pictures from President Lincoln’s funeral toward that end. Yet at the same time, we feel an uncanny contradiction between her respect for the nitty gritty of tradition and history and her absurd entanglement with Lerner and Lowe’s petit-bourgeois musical fantasy about King Arthur. Jackie’s relationship to both art and mass culture colors the themes about public and private that are the central subject of this film. Larrain fuses Jackie’s running censorship of what she tells the nameless reporter (Billy Crudup) who comes to interview her for a book about the assassination as she speaks with him in present time; with her choreography of the funeral for public consumption and her departure from the White House, which appears in her flashback memories; and with Larrain’s recreation of the black and white video of the televised tour of the White House that she conducted. The assassination gives Larrain, a Chilean director who has previously dealt almost exclusively with the horrors of the dictatorship of Augusto Pinochet in his home country, pealing away the layers of what political repression meant in the lives of ordinary Chileans, the opportunity for a completely different unmasking. In 'Jackie,' he plumbs the American soul standing before the great mystery of life and death, and what he exposes to us is the pathos of a rootless, privileged, fierce but fragile nation, seen from an outsider’s perspective as a culture prone to retreating into fantasy under the pressure of cosmic, inescapable realities.” 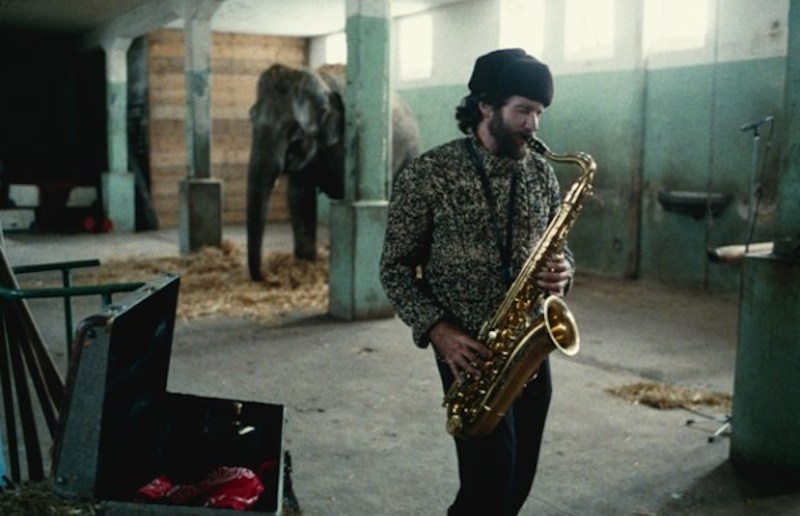