"Laura Bretan on Her Extraordinary Year": The amazing 14-year-old finalist of 'America's Got Talent' and winner of 'Romania's Got Talent' spoke with me at Indie Outlook about her staggering music.

“Beyond her extraordinary talent, what makes Bretan a great artist is the raw emotion that she is able to convey through her work. Her stated goal is to provide an audience with hope, and that is precisely what she has done for me in what has been a profoundly difficult year, not just for myself but for much of the country. Bretan’s performances have given me as much uplift as any film I’ve seen this year, and I’ve seen many great ones, including a few from Romania (‘Toni Erdmann,’ ‘Graduation,’ ‘Sieranevada’). There is a power to her vocals that is unmistakably spiritual, and it has the ability to connect with people regardless of their particular faith or beliefs. ‘I feel like every single person has been blessed by God with their talent and mine just happens to be with music,’ said Bretan. ‘I believe it’s true that music can heal. It’s God’s way of showing the world His creation and when people hear my music, I want them to feel something. The joy of seeing other people smile is just one of those feelings you get inside. It’s like a warmth. It’s so heartwarming to see people enjoy your music and be happy because this world is full of struggles. It’s really nice to get away from everyday problems and enjoy the beauty of life.’” 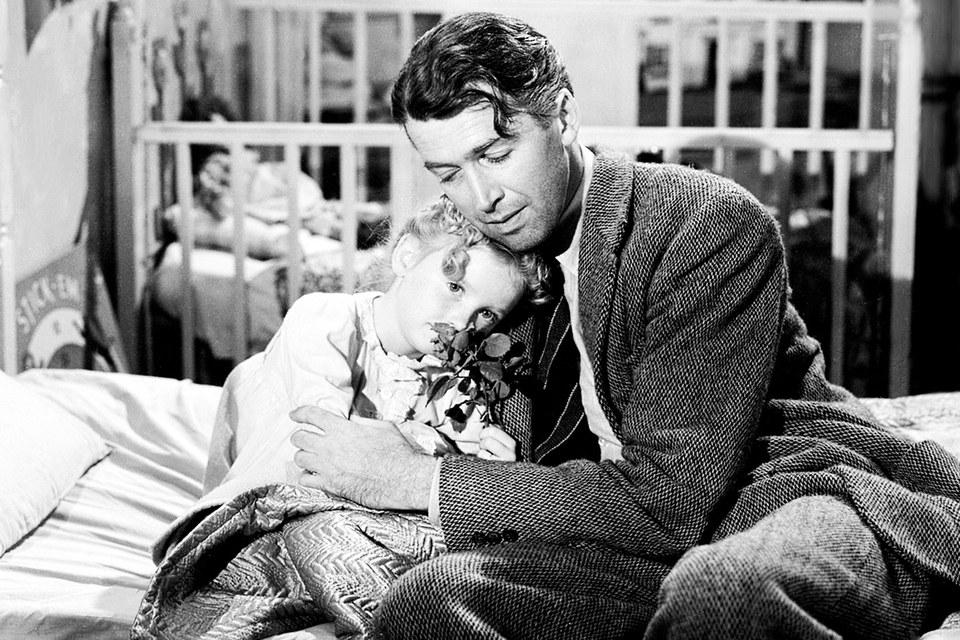 "'It's a Wonderful Life' at 70: A Toast to the Richest Film in Town": An essential tribute to Frank Capra's masterpiece from our own Donald Liebenson at Vanity Fair.

“For Mary Owen—daughter of Donna Reed, who portrayed George’s steadfast wife; and, no, she was not named after Mary Bailey—it’s the emotional telephone scene that seals George’s small-town fate. ‘It’s a phenomenal scene,’ she said. ‘And it’s a great story, too. When it was time to do that scene, Jimmy Stewart was very nervous.’ ‘It’s a Wonderful Life’ was the first film he’d made since returning home from the war, and ‘it had been a long time since he had kissed a woman on-screen. They did the scene in the first take. When Capra said, ‘Cut,’ the script supervisor mentioned there was some dialogue missing . . . I’ve heard the censors thought it [was] too racy.’ No matter; the moment was powerful enough without words. For Grimes, the scene that encapsulates the film is its climax, in which George begs God to let him live again. ‘When he says the word ‘God,’ that’s when the snow starts to fall and you know he’s back. He has discovered that what’s really important in life is not money or social status, but faith, family, and friends.’ As for me? My favorite moment comes early in the film when young Mary leans over Old Man Gower’s soda-fountain counter and whispers into George’s bad ear, ‘George Bailey, I’ll love you ‘till the day I die.’ Gets me every time.” 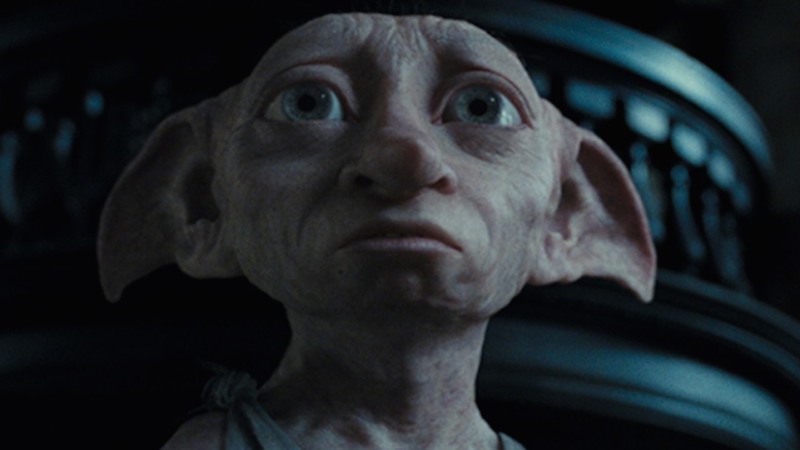 "Beast or Being: How Apathy Led to Voldemort's Rise to Power": Excellent commentary from our own Justine Smith at Birth.Movies.Death.

“A being, it has been judged, is ‘a creature worthy of legal rights and a voice in the governance of the magical world.’ Those that classify as beings include: house elves, goblins, vampires, hags and werewolves. Centaurs and merpeople were offered the status of beings but refused. Just like in our universe, however, which seems continually embroiled in debate, this designation does not satisfy everyone. Fringe groups search to qualify muggles as beasts, centaurs refuse their status as beings and the legal definitions do very little to quell inequality. The social order is laid out: beast or being, if you’re not a witch or wizard your opportunities will be limited. That’s why the centaurs’ insistence to be referred to as beasts is particularly poignant: they refuse to play the game of classification, in full awareness of the folly of witches and wizards. Viewing the classification system as a violent oppression, they prefer to be lumped together with dragons and pixies rather than man. Continually presented as dangerous and unsociable, their overt resistance is painted as aggression. We are never presented with outright evidence of centaur violence or cruelty, but they are nonetheless presented as dangerous—perhaps more for their ideology than their physicality.” 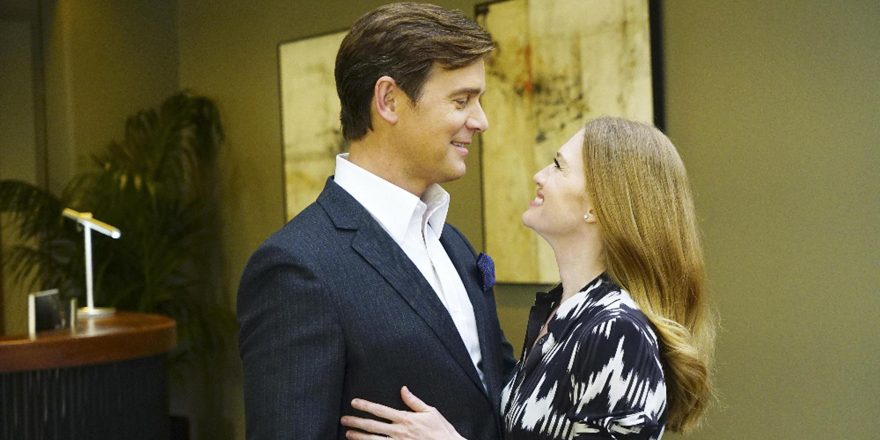 "'The Catch''s Effortless Style Conceals Its True Brilliance": According to The Talkhouse's Jim Hemphill.

“Steven Soderbergh has often remarked that his escapist remake of ‘Ocean’s 11’ was one of the most laborious productions of his life – it turns out that making something look easy is damn hard work. I thought a lot about Soderbergh’s claim while catching up with season one of ‘The Catch,’ a spectacularly pleasurable caper series that recalls some of Soderbergh’s best films – particularly ‘Out of Sight’ – in its intoxicating blend of witty romance, suspenseful but light-footed plotting, and jazzy aural and visual design that owes more than a little to both versions of ‘The Thomas Crown Affair.’ The series has received decent reviews and attracted enough of an audience to warrant a second season, but I think it’s considerably underrated – it’s not just good, it’s one of the most entertaining shows in the history of television, and also one of the most supremely well crafted. Yet since that craftsmanship is geared toward something so ostensibly lightweight, ‘The Catch’ doesn’t get the credit that it should – it’s too successful for its own good when it comes to passing its exquisite artistry off as something breezy and effortless.” 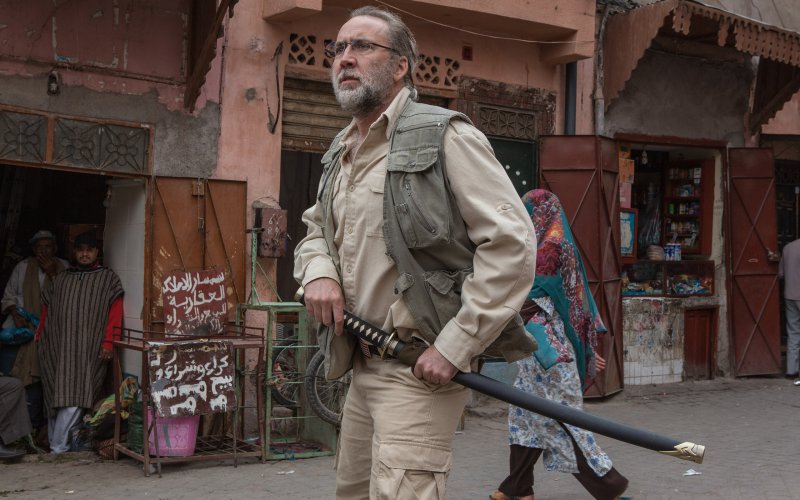 "'Army of One': Inside Nicolas Cage's Insane Osama bin Laden Movie": Another great piece from The Daily Beast's Jen Yamato.

“This is a film that lets Cage run rampant in nearly every scene like a bull in a china shop, which can admittedly become exhausting. And yet it captures the undercurrent of well-meaning humanity that drove the erratic, abrasive, but kind of lovable weirdo who truly believed he was doing the Lord’s work by bringing bin Laden to justice. (And, owing to a prior kidney condition, was supposed to be on dialysis treatment three times a week.) ‘Army of One’ is also a movie in which Nicolas Cage as Gary Faulkner, who returned home a media darling and famously made the talk show rounds, revels in the attention—and delights at the thought of Nicolas Cage playing him in a movie. It’s almost a shame how unceremoniously this gem of a Cage performance is being dumped into a mostly digital release by the Weinsteins (who have executive producer credits). Perhaps true Cage fans will catch it on VOD, in the privacy of their own homes, where no one can see you cackle at the sight of Nicolas Cage, gray beard and long ponytail, waxing poetic about chicken wings and lecturing strangers on how to buy toilets at Home Depot, delivering lines like ‘They don’t call me the psychic wizard for nothin’!’ with nasally, wild-eyed gusto.” 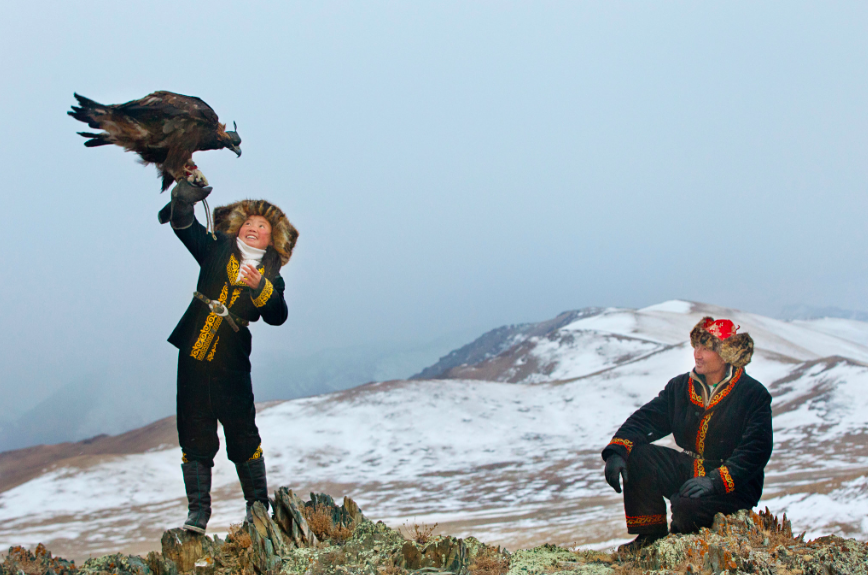 "Come Together," the latest brilliant short film from Wes Anderson (for H&M) delivers much-needed Christmas cheer at the tail end of 2016.