"How Comedy Soared in 2015": A great essay by The Atlantic's David Sims.

“Amy Schumer had a lot of highs in 2015: her blockbuster film ‘Trainwreck,’ a ‘Saturday Night Live’ hosting gig, a slew of Emmy nominations, a series of Internet takedowns calling her a racist and/or a sexist (which, some might say, is a sign you’ve made it in comedy). But Schumer’s greatest moment was an episode in which she barely appears, except as a headshot. ’12 Angry Men Inside Amy Schumer,’ the third episode of her show’s third season, was a 20-minute long sketch featuring 12 male jurors debating whether she was hot enough to be a star. It was every piece of gross Internet commentary and personal insecurity: the ultimate ego trip, and at the same time a devastating piece of self-examination. It was one of those things you laugh all the way through then get depressed thinking about after: in other words, a perfect piece of comedy.” 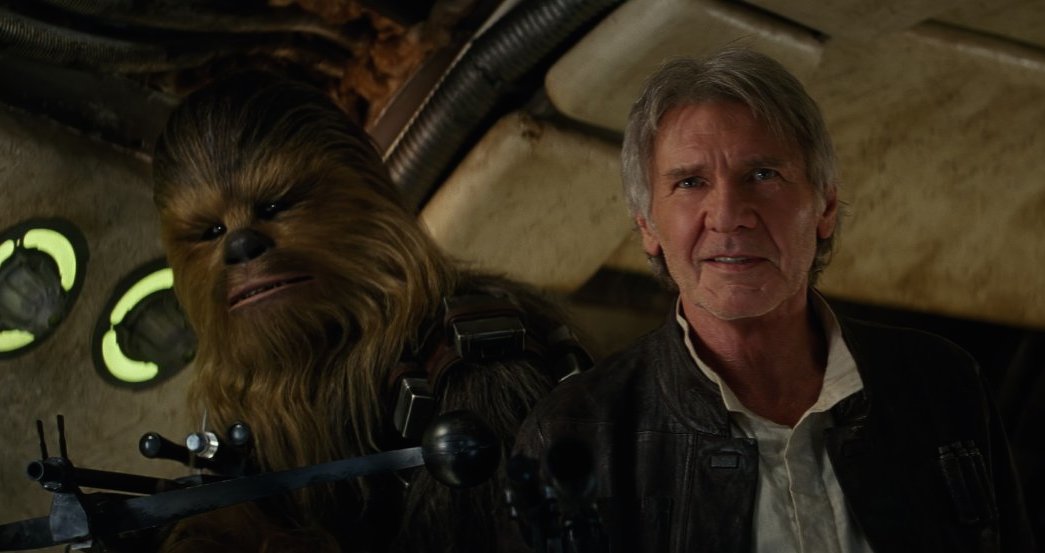 “‘Chewie, we’re home.’ From the moment Harrison Ford uttered those words in the celebrated teaser that debuted this past April, it awakened new hope in longtime fans, myself included. There was an unmistakable glint of mischief in Ford’s eyes that evoked the smartass smuggler he played to perfection in the classic ‘Star Wars’ trilogy. Could this new installment possibly recapture the essence of those beloved films, while paving a new path? The answer is a resoundingly forceful yes. It is easily the best ‘Star Wars’ film in 35 years, and clearly the movie that its director, J.J. Abrams, was born to make. Whereas George Lucas’s regrettable prequels were stilted and flat, this film bursts with life from the very first frame and never lets up, spinning a suspenseful and heartrending tale without forgetting to have tremendous fun in the process. The actors are all aces, from appealing fresh faces Daisy Ridley and John Boyega to the endlessly entertaining Oscar Isaac and Adam Driver, though the big attraction here—of course—is the returning cast. In the same year that Sylvester Stallone revitalized his iconic Rocky persona (courtesy of Ryan Coogler’s ‘Creed’), Ford has brought Han Solo back as a far richer and more vulnerable character than ever before. His performance is a labor of love for the ages, and so is the movie.” 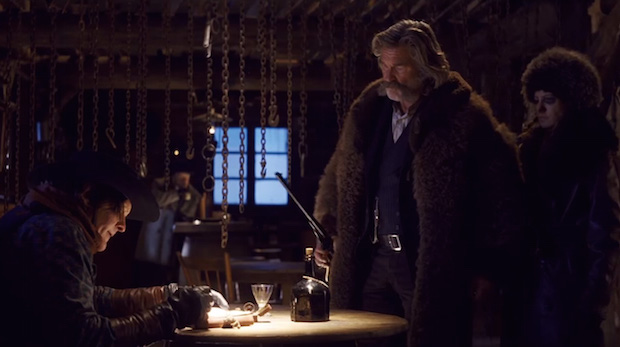 "20 Years of Collaborating with Tarantino with Zero ADR: Production Sound Mixer Mark Ulano on 'The Hateful Eight'": In conversation with Jim Hemphill of Filmmaker Magazine.

“One of the great things with Quentin is that he doesn’t even really get the pre-production roadshow going until he’s really got the script nailed down. He may spend anywhere between a year and longer, he might have a draft and then leave it alone and come back, but there’ll be a moment when you get this package in your mail that’s got his handwritten cover and that’s the starting point. Now I have a sense and I can start building my questions, and my next step from there is actually not to Quentin. I’ll touch base with him and express my emotional reaction and my feelings for the piece, and so far that’s always been a positive one, because his work is unique and it’s not everyone’s cup of tea but it’s something I find fascinating. Nobody’s got his voice in movie making. I make my own films and I know it’s hard to have that dead-reckoning capacity to always have your own voice clear and central, and it’s his special gift. So there’s that, and then I will reach out to Wiley [Stateman, supervising sound editor] and Mike [Minkler, sound re-recording mixer], and have the creative sound conversation about, ‘What do you guys think? You know, this strikes me in this way, I’m thinking of going at it in that way, or do you have an idea/need/preference/suggestion?’ There’s no hierarchy in that conversation, that’s just partnering creatively. It’s sort of like storyboarding for sound. It’s a conversation that’s tied to the material.” 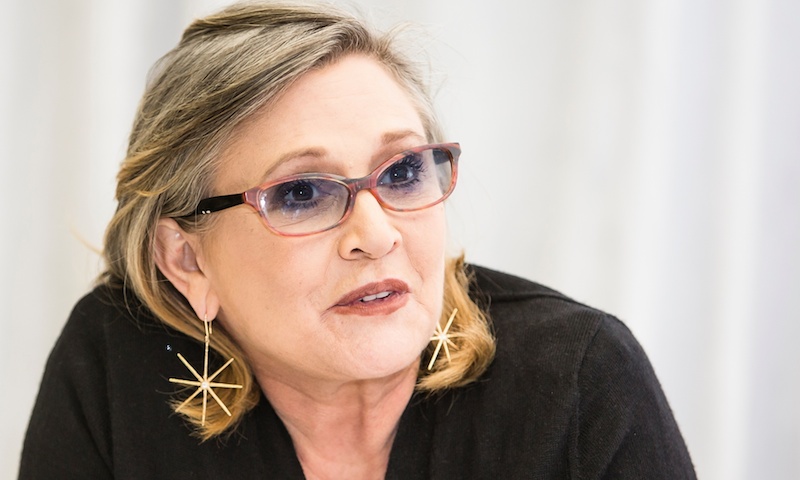 “She had turned to drugs in her early 20s not to make life more exciting but to moderate it. Drugs, she said in 1993, ‘managed something in me that I was too lazy to manage on my own, this thundering emotion and verbal excitement that would roar out of me. It still can: I can still take a dinner party hostage but I try not to.’ She has told many stories about how drug-taking spilled onto the Star Wars movies. ‘We did cocaine on the set of Empire, on the ice planet,’ she said, while taking care to point out that ‘Luke Skywalker was drunk too.’ If all addicts have to hit bottom, then Fisher’s was her overdose in 1985. ‘Leading up to the overdose I’d been taking drugs for three solid months.’ She found herself in rehab in the aftermath. A fellow patient told her: ‘I was in San Quentin.’ Fisher replied: ‘And I was in Star Wars.’ Anyone expecting a hard-luck story from Postcards from the Edge, the extraordinary first novel that came out of this experience a few years later, would have been pleasantly surprised. This was no ‘fuck-ups of the rich and famous,’ to use Fisher’s expression, but a sharply witty and illuminating inventory of a life gone astray. It charts the recovery of a drug-addicted actor named Suzanne Vale, who shares Fisher’s lightning wit and megawatt personality, though the author claimed she was based ‘only 50 percent’ on herself.” 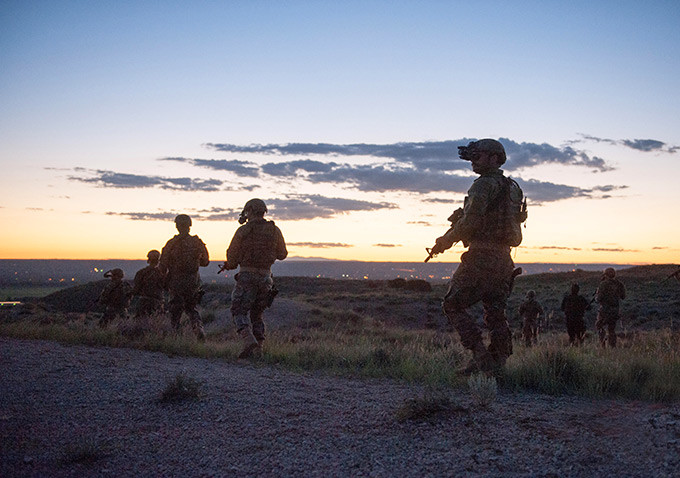 "Roger Deakins Doesn't Care About the Film Versus Digital Debate": As reported by Indiewire's Kate Erbland.

“For this year's ‘Sicario,’ his latest collaboration with director Denis Villeneuve (the duo first worked together on 2013's ‘Prisoners,’ and they're set to reunite for the long-gestating ‘Blade Runner’ sequel), Deakins again turned to the possibilities of digital to shoot another stunning feature. This time, Deakins and Villeneuve take on the drug cartel war through the eyes of a by-the-book FBI agent (Emily Blunt) who finds her world (and worldview) turned upside down by a new assignment to take down a nefarious drug lord, one that's led by lawmen who exist far outside the limits she's long embraced. At a luncheon held in the film's honor late last week at Manhattan's Four Seasons restaurant, Deakins, Villeneuve and Blunt participated in a wide-ranging half-hour chat moderated by film critic and journalist Joe Neumaier, and all three of them got honest about some of the challenges the compellingly dark film presented to them, while Deakins again spoke in frank terms about the film-versus-digital debate. ‘It's where you put the camera and what's in front of you [that's important],’ Deakins said. ‘There's too much obsession these days about digital film...it's becoming so technically-orientated, and that's just distracting from what's actually being put in front of the lens.’ Deakins continues to use both film and digital for his projects.” 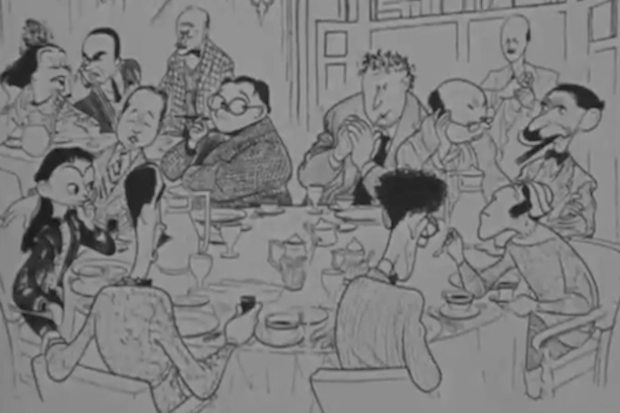 Master editor Nelson Carvajal juxtaposes footage of "Star Wars" co-stars Oscar Isaac and Adam Driver with their previous collaboration in the Coen Brothers' "Inside Llewyn Davis," in which they prophetically sang about "Outer...SPACE."