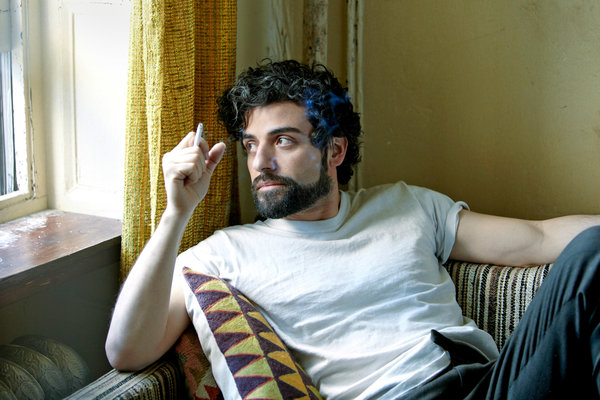 "Feasts for the Eyes, 1001 Night's Worth." New York Times film critic A.O. Scott releases his top movies of 2013, with high praise for the general state of cinema.

"Anyone who laments the death or decrepitude of movies just isn’t paying attention. Yes, there are great shows on cable, and dreary franchise action fare clogs the multiplexes in the warmer months. Animation, a bright spot in Hollywood over the past decade, has entered a creative slump as the studios discover that they can sell tickets and tie-in merchandising without taking the creative risks that generate masterpieces. But everywhere else, from the legacy studios and their indie-dependent subsidiaries to the hothouse cottage industries of micro-releasing and self-distribution, the art of cinema is thriving. Earlier this year, when Manohla Dargis and I set out to compile a roster of promising filmmakers 40 and younger, we had no trouble finding candidates, only in winnowing them to a list of 20. But we were troubled by the lack of recognition many of these directors have found, and the difficulties they encounter as they try to make good on their promise. The movie business has always been rough, of course, but at present there seems to be a growing disjunction — a chasm, really — between the quality of the work being produced and the intensity of its reception." 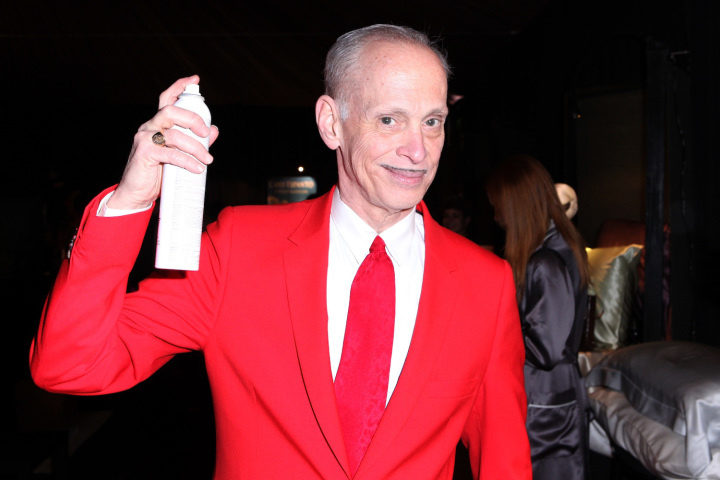 "A Christmas Conversation with John Waters." In an interview with Time's Melissa Locker, the director discusses his favorite holiday movie, his hatred of pears, why children shouldn't bother writing to Santa.

"When Fred Armisen was a kid he wrote me a letter and he had the best line: How come you get to Cannes and I get sent to the school psychiatrist? I wrote, Don’t worry, you’ll get there! I got sent to the shrink too. Just keep doing what you’re doing. What a great career he’s had. I’m so proud. And, yes, I used to write to Russ Meyers and Herschel Gordon Lewis. But, you know, don’t ever let your children write a letter to Dear Santa. Who reads those letters? Some pervert! They just go in a box somewhere and some pervert at the post office has your child’s home address and knows what they want. Don’t do it!" 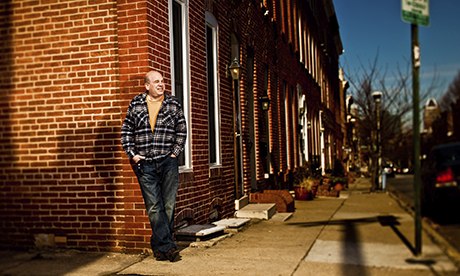 "There Are Now Two Americas." For The Guardian, The Wire creator David Simon lays out why our country is a horror show. It should be required reading."You're seeing a retrenchment in terms of family income, you're seeing the abandonment of basic services, such as public education, functional public education. You're seeing the underclass hunted through an alleged war on dangerous drugs that is in fact merely a war on the poor and has turned us into the most incarcerative state in the history of mankind, in terms of the sheer numbers of people we've put in American prisons and the percentage of Americans we put into prisons. No other country on the face of the Earth jails people at the number and rate that we are. We have become something other than what we claim for the American dream and all because of our inability to basically share, to even contemplate a socialist impulse." 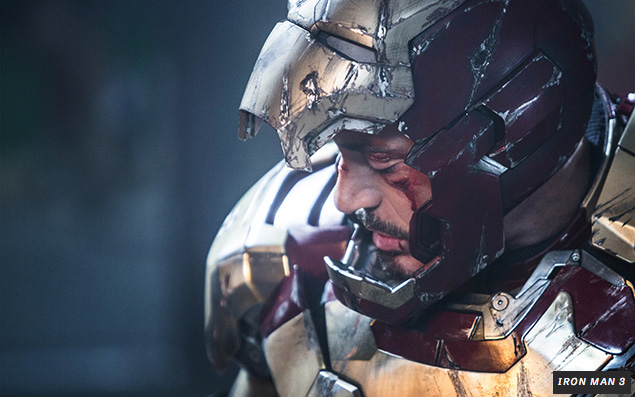 "The Year in Blockbusters." The Dissolve's Keith Phipps says 2013 spoke "the international language of boom."

"While the term “blockbuster” could, and often is, applied to any sort of big-budget, mass-marketed film, those films that promise and deliver on spectacle wear the term best. It’s fitting, since the term was originally applied to bombs capable of blowing up city blocks, that it should stay linked to films that often turn their focus toward explosions. And that’s the other way big movies have never been bigger: Overseas box office now plays a major role in whether films succeed or fail financially, and that means that blockbusters increasingly speak in the international language of BOOM. Hence a film like Now You See Me, which features a cast with international appeal and magic tricks enhanced by CGI beyond the possibilities of logic and physics. If were made even a decade ago, it might have been a modestly budgeted heist film about magicians with a gift for sleight of hand, and it would almost certainly have been better for it. In its current form, it may not be good, but anyone who sees it will go home thinking they’ve seen something." 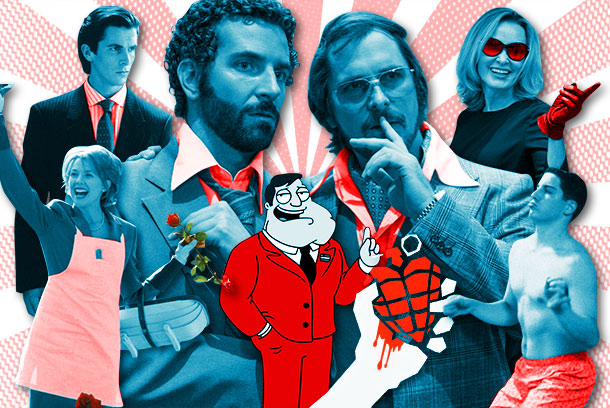 "Imagine if American Hustle were just titled The Big Hustle or Abscammed: Sure, it would have got at the big con at the center of the true-ish Abscam story, but adding the word "American" adds some time-honored significance: This isn't just a historic tale of cops and crooks teaming up to nab politicians, it also points out something inherently corrupt and greedy about our country. Countless artists have used the word 'American' in a movie, book, or song title for such satiric, wistful, or political purposes, implying that the bad behavior, disillusionment, or tragedy to follow is endemic to our culture, be it from Bret Easton Ellis's psycho, Green Day's idiot, or Jason Biggs's pie. (American Hustle was originally titled American Bullshit, a bit too on-the-nose.) Of course, sometimes using 'American' in a title is a patriotic gesture intended with little irony: This is the best our country has to offer, whether it's PBS's Masters or the Discovery Channel's Choppers! Either way, it's one of the most commonly used words in all of titledom." 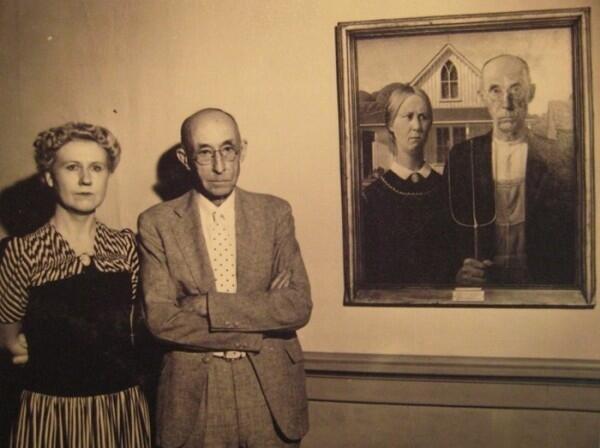 The real models for "American Gothic," via @HistoryInPix.

"Sesame Street" gets into the movie parody business.