“When he was 26, Anderson’s first full-length feature, ‘Sydney,’ had run into problems. The production company Rysher Entertainment made its own cuts to his Reno-set gambling story and released it under a different title, ‘Hard Eight.’ During the process, Anderson squabbled with producers, barred them from the set, and refused to show any edited footage or make any significant suggested changes. But he didn’t have final cut and was eventually fired and locked out of his own editing room.In the fallout, Anderson told a reporter that his experience on ‘Sydney’ ‘created a sort of paranoia and guardedness in me that I'm glad I have because that will never, ever happen to me again.’ When he set out to film Boogie Nights, it was with a resolve bordering on arrogance. Compromise wasn’t part of the plan. Still, after an intense production and postproduction period — one in which the director had to manage a cranky, confused Burt Reynolds and an untested, rapping underwear model named Mark Wahlberg — Anderson was forced once again to fight studio heads for his cut of the film.But Anderson’s vision prevailed this time. Nearly 20 years later, ‘Boogie Nights’ endures. For its beautiful portrait of nontraditional families; for Reynolds and Wahlberg, the surrogate father and son, who were never better; for Philip Seymour Hoffman, squeezing into character and breaking hearts; for its prodigy director sticking to his guns and nailing it; for John C. Reilly’s hot-tub poetry; for Roller Girl. Is everybody ready? This is the making and near unmaking of ‘Boogie Nights.’” 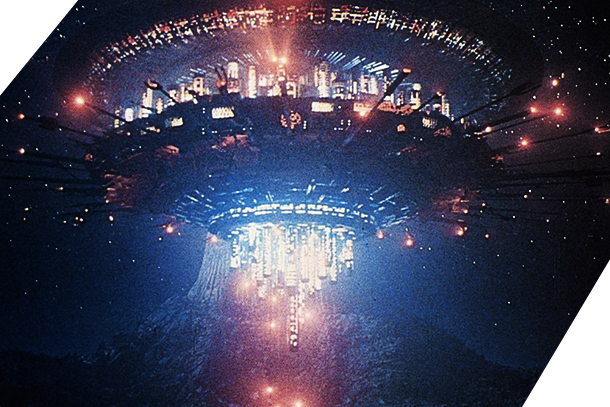 “My philosophy is that if you want people to go to movie theaters, you’ve got to offer something that’s really, truly spectacular. And I’d like to see the movie industry take those multiplexes and un-chop them up. I’d rather have fewer spectacular theaters than tons of cheap little multiplexes. That’s my philosophy that I’m trying to pitch to everybody, and just about all the major exhibitors are headed in that direction because they realize that the IMAX theaters are making more money per seat than regular theaters. Some of them want to make their own brands, so Regal has their RPX and AMC has something else, and because anyone can buy a digital projector. You don’t have to license the IMAX brand name particularly. So you can get a big screen and a better experience, and you can convert to 4K and you can get bigger brightness. And Christie and Dolby are now delivering this new laser-illumination system that’s really spectacular, so that you can quadruple the size of the screen and keep the brightness up. So there’s a lot of stuff in the pipeline, but I think it’ll take several years of transformation again, and it won’t be easy.” 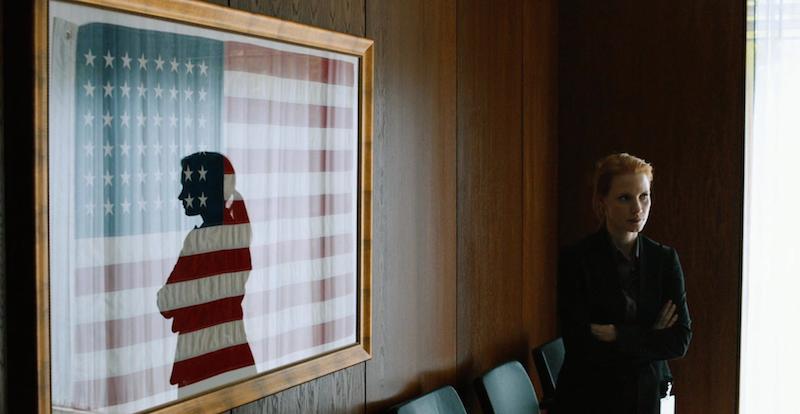 “Bigelow and Boal have said the characters in their movies, including Ammar, are compilations of people they met, interviewed and researched in preparation for the film. (Maya, however, is based on a real intelligence operative Boal met.) But according to the Senate report, the key information about al-Kuwait was not obtained using ‘enhanced interrogation techniques.’ The report says it came from an al-Qaeda operative named Hassan Ghul, who was captured in Iraqi Kurdistan. Ghul immediately provided his captures with information: One officer even said he ‘sang like a tweetie bird.’ Ghul told the CIA that Abu Ahmaed al-Kuwaiti was bin Laden’s ‘closest assistant’ and even said he believed bin Laden was living in a house in Pakistan. It was only after Ghul offered this information that the CIA decided to press him further. He was transferred to a ‘black site’ prison, where he was placed in a ‘hanging’ stress position and kep awake for 59 hours straight. He began hallucinating and gave ‘no actionable threat information.’” 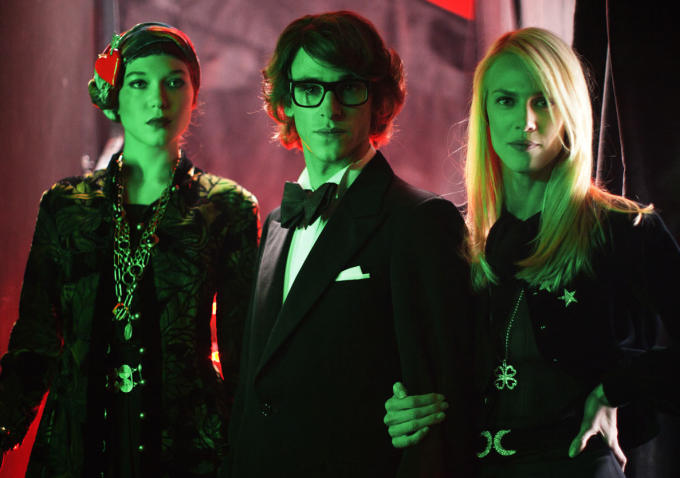 “This is two-plus hours of a man suffering beautifully, and for those cinephiles made weak at the knees by tortured artists, this is movie heaven. In his earlier ‘House of Pleasures,’ Bonello confined his vision to the hothouse of a fin-de-siecle bordello; here, he paints his broadest vista yet, swan-diving, with postmodernist zeal, under the skin of the debauched icon. The clothes are gorgeous, and so are the men, as played with twitchy charm by Gaspard Ulliel as YSL, and an almost comically sexy, mustachioed Louis Garrel as Jacques de Bascher, one of Saint Laurent's many despairing lovers. Though a unruly and undisciplined, falling apart at the seams in its final hour, ‘Saint Laurent’ is like an alternate, decadent gay '70s Scorsese picture, with a flurry of terrific scenes— including a midsection, doped-up dance between the fading, bleary-eyed lovers—that simply gut you.” 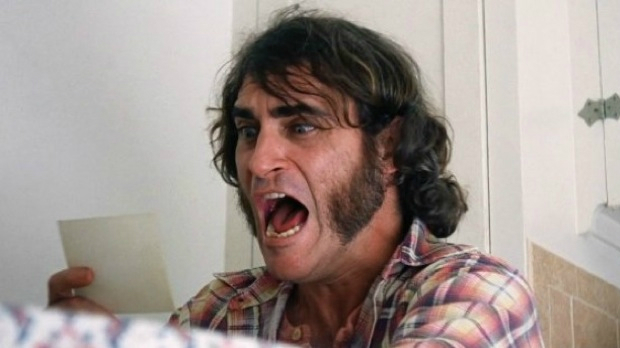 "'The Only Thing I Ever Really Look at in Movies is the Actors': Paul Thomas Anderson on 'Inherent Vice'": An interview with the peerless director by Jim Hemphill of Filmmaker Magazine.

“Filmmaker [Magazine]: ‘At this point the majority of your movies are period pieces, and, with the exception of ‘Boogie Nights,’ they all take place before you were born, or at least before you were really conscious of what was going on around you. How do you form your ideas about how a specific era is supposed to look and feel? Do they come from other movies, or photographs, or your own imagination, or does the look grow out of the research?’ Anderson: ‘It’s all of the above. ‘There Will Be Blood’ almost felt like a science fiction movie because I didn’t know anybody who was alive at the time – for something like that you’re counting on photographs to guide your way. ‘Inherent Vice’ is the near past, so many of the people on the crew were alive. You’re always trying to make it real and authentic, whether you’re referencing images from the period or your own imagination, or in this case the book – not that there were a lot of descriptions in the novel of the interiors. But sometimes what happens is you get something that’s very authentic and honest to the period but it just doesn’t fit – especially in this era, when there’s such a lack of taste. Something can be right but so outrageous that it’s distracting, and you have to monitor that – if it’s accurate but it looks like you’re trying too hard, you have to find another way. The thing is, you always go into a movie with strong design ideas in mind and then they always fade away and you end up going with the thing that’s simple. Simple always seems to work out well.’” 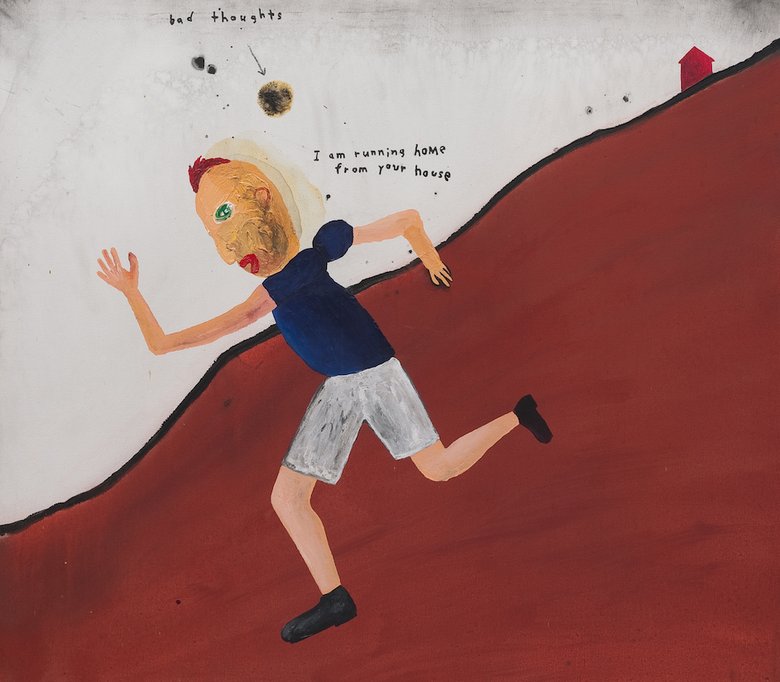 At The New York Review of Books site, J. Hoberman reports on "David Lynch: The Unified Field," now on view at the Pennsylvania Academy of the Fine Arts through January 11th.

Just the tune to get Trekkies into the Christmas spirit: the wonderful "Make It So" music video popularized by George Takei and set to the tune of "Let It Snow." Shut up Wesley!