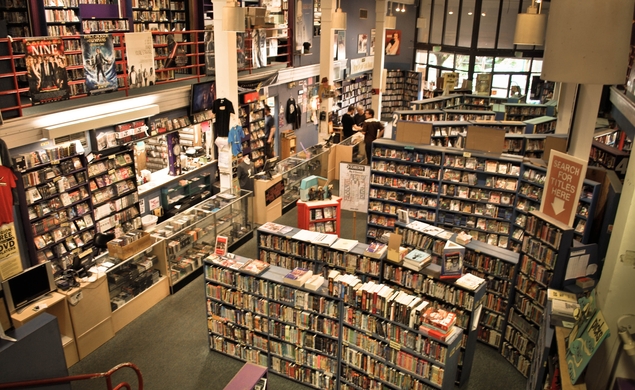 "Why We Still Need Video Stores." In the wake of Blockbuster's announcement that it was getting out of the domestic retail business entirely, The Dissolve's Matt Singer says we'll see the end of video stores within our lifetime, and he's not okay about it. Related: "Your Late Fees Are Waved: Blockbuster Closes" by CNN's Todd Leopold. See also: The Huffington Post's "You Won't Believe This Netflix Customer Service Rep Is Real."

"As someone who grew up haunting local video stores in New Jersey (R.I.P. Video Home Center’s 'five movies, five days, five bucks' deal), and who credits the year he spent working at New York City’s famous Kim’s Video as his unofficial Ph.D. in cinema studies, I recognize that I have a slightly irrational and overly romantic view of the subject, one colored by emotion and nostalgia as much as cold hard fact. But even with all of Netflix’s advantages (and as a regular user I would be the first to admit, it has many), I still believe there’s a place for brick-and-mortar video stores…We live in a world where immediacy and instantaneous access is the fundamental driver of commerce. Convenience certainly has its place, but expertise should still have one too. I’d like to think one reason Aaron Hillis’ Video Free Brooklyn continues to thrive is because its staff is populated by critics and cinephiles who care deeply about movies as movies and not just as 'content' for the streaming maw. They can guide you to personal recommendations based on your taste and their own hard-earned knowledge of film history, rather relying on a dodgy algorithm." 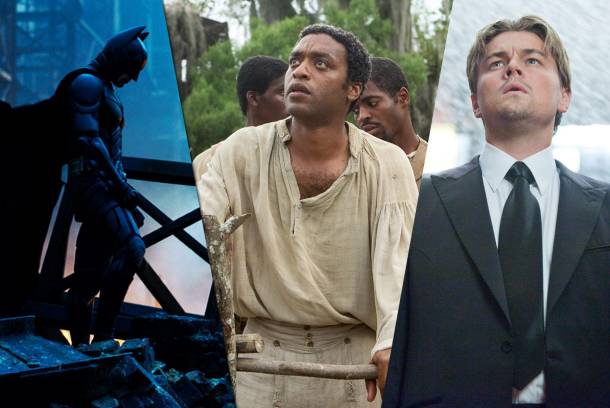 "A year before Terrence Malick filmed this World War II masterpiece — his return to directing after a twenty-year sabbatical — he set up a preproduction suite in Zimmer’s own office. 'Terry likes musicians, and he feels comfortable in this sort of environment,' says Zimmer. 'Before he went off to shoot, I actually wrote him a complete score, but I don't think any of it was left by the time I was finished with the film. I do that with Chris [Nolan] as well, but with Chris,' he laughed, 'it usually survives.'Malick is known for completely reconceiving his movies in the editing room, and this one was no different: As the director cut The Thin Red Line down from what Zimmer says was an initial six-and-a-half-hour version, he virtually eliminated some of the movie’s stars, including initial protagonist Adrien Brody. 'Oh man, I would run into people and it would be really complicated,' confesses Zimmer. 'There was even a time that Terry got it into his head that I should try to [edit] one of the scenes with this other young editor because we would have a different perspective on it. I remember laboring on this thing for two weeks, combing through all the dailies and coming up with something really average, and then the actual editor, Billy Weber, took a look at it and came back an hour later having turned this piece of shit into something really magical. I realized, Oh, I'm not going to kid myself here! I'm going to go back to doing music now.'” 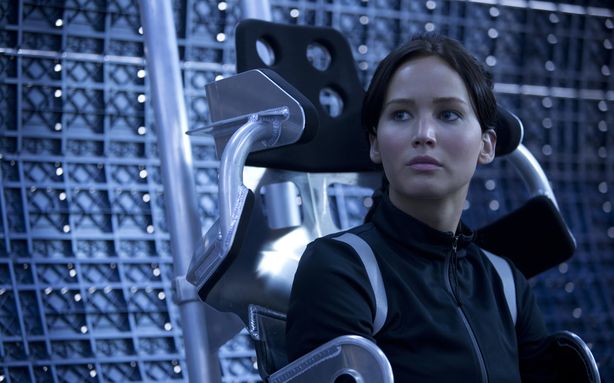 "Movies Will Get a Feminist Rating in Sweden, But Most Will Still Fail.' For The Atlantic, Alexander Abad-Santos reports that Swedish movie theaters have adopted a kind of LGBT Bechdel Test, which will rate films based on gender bias. Related: "GLADD Introduces a Bechdel Test" by The Dissolve's Matt Singer.

"To get an A rating, a movie needs to have two named female characters who talk to each other about something other than a man. It sounds simple enough, but a ton of successful blockbusters would fail this rather facile test. 'The entire Lord of the Rings trilogy, all Star Wars movies, The Social Network,  Pulp Fiction and all but one of the Harry Potter movies fail this test,' said Ellen Tejle, a director of an art-house movie theater in Stockholm, told the AP. The test she's referring to is the so-called Bechdel test (named for the cartoonist who popularized the idea), and that's quite a roster of award-winning movies that wouldn't pass. Though the test isn't about quality, it does shine a light on how many 'good' movies and money-making blockbusters don't do enough when it comes to female stories and female characters. That's half of the goal with this test. The other goal is the hope to effect change, and encourage more female stories and more dynamic female characters like those seen in The Hunger Games, The Iron Lady, and The Savages. The ratings haven't come without their share of critics. Studio execs and higher-ups have often said that a female superhero or action star wouldn't sell as an explanation for why they've been reluctant to back a superhero flick with a female lead. (Again, see Hunger Games and the Underworld franchise to get why they are wrong.) That's a big reason why female heroes and protagonists may be underrepresented and are even on the decline from nearly a decade ago." 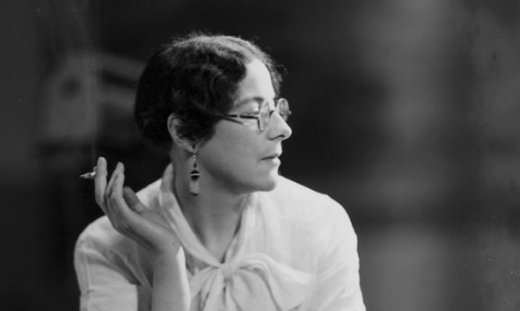 "The Matchbox." Letters of Note republishes English novelist Sylvia Townsend Warner's 1946 thank you note for what was apparently a very nice matchbox. Consider this letter the gold standard for what's rapidly becoming a lost art, as well as a template for those who've never mastered this social grace.

"Usually one begins a thank-letter by some graceless comparison, by saying, I have never been given such a very scarlet muffler, or, This is the largest horse I have ever been sent for Christmas. But your matchbox is a nonpareil, for never in my life have I been given a matchbox. Stamps, yes, drawing-pins, yes, balls of string, yes, yes, menacingly too often; but never a matchbox. Now that it has happened I ask myself why it has never happened before. They are such charming things, neat as wrens, and what a deal of ingenuity and human artfulness has gone into their construction; for if they were like the ordinary box with a lid they would not be one half so convenient. This one though is especially neat, charming, and ingenious, and the tray slides in and out as though Chippendale had made it.But what I like best of all about my matchbox is that it is an empty one. I have often thought how much I should enjoy being given an empty house in Norway, what pleasure it would be to walk into those bare wood-smelling chambers, walls, floor, ceiling, all wood, which is after all the natural shelter of man, or at any rate the most congenial. And when I opened your matchbox which is now my matchbox and saw that beautiful clean sweet-smelling empty rectangular expanse it was exactly as though my house in Norway had come true." 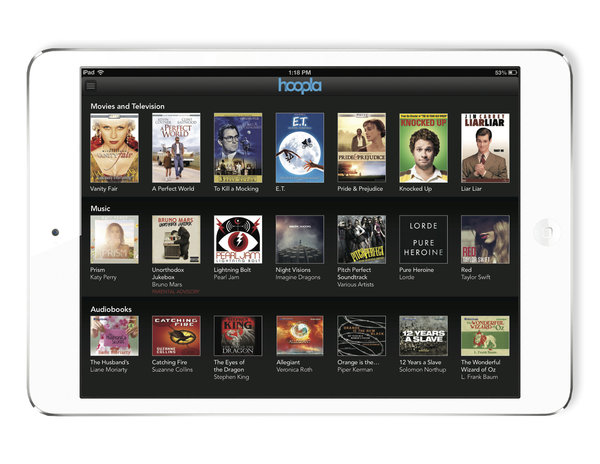 "Hoopla, a Netflix for Library Patrons, Adds Streaming Deals." For The Los Angeles Times, Ryan Faughnder reports on a new, legal way to obtain movies, TV shows, music and audiobooks for free on the Internet--so long as you've got a library card.

Hoopla Digital, a Netflix-like service for library card holders, on Wednesday announced agreements with NBCUniversal, Metro-Goldwyn-Mayer Studios Inc., National Geographic and BBC America to stream content. Launched this year, Hoopla lets library patrons access its entertainment material through a mobile app or Web browser.Jeff Jankowski, Hoopla's founder and owner, said the service can help make libraries more convenient for people who are too busy to make the trip to a physical location and more attractive to younger patrons who want to be able to access movies and music whenever and wherever they want.'It allows people to discover new content without having to wait in line and without having to reserve months ahead of time,' Jankowski said. 'We think this is a really cool tool for libraries and library card holders.' The new streaming deals add to previous agreements with Paramount Pictures, Warner Bros. Entertainment Inc., Universal Music Group, Warner Music Group and eOne Music, and add about 10,000 titles to Hoopla's offering. 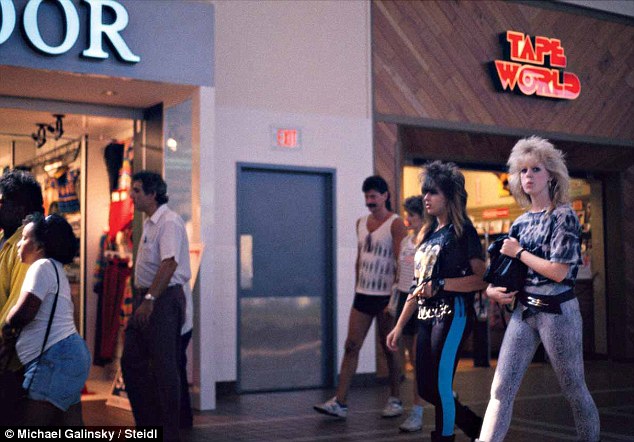 From Michael Galinsky's 'Malls Across America.'