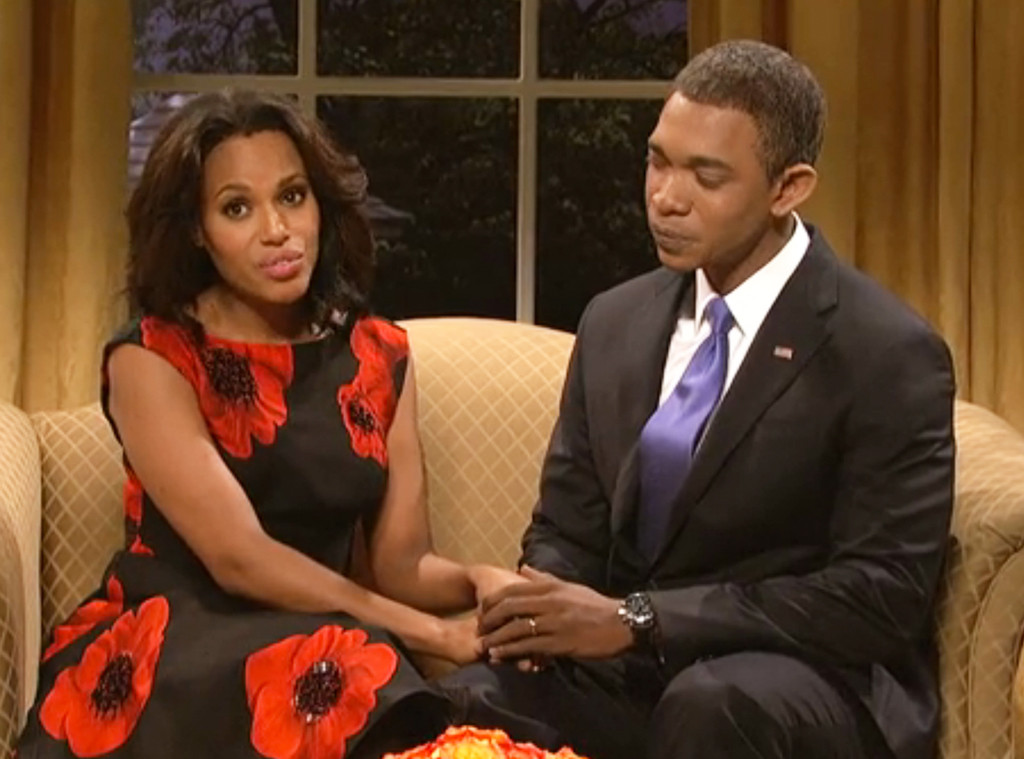 "SNL's Diversity Problem Is Less About the Casting. It's About the Writing." For The New Republic, Laura Bennett offers a different angle on the problems plaguing the late-night NBC comedy show.

"'Saturday Night Live' has long been skilled at spoofing upper-middle-class white culture. When Charles Barkley hosted last year, one of the most memorable sketches was a fake true-crime show called “White People Problems” that featured dramatic reenactments of scenarios such as 'Dylan and Casey were flying to a weekend getaway in Key West, but when they got to the airport, they discovered that their seats were not together.' And one of the best jokes from Saturday night's show was about how much white people love 'The Wire.' Overall, though, producing funny, layered sketches starring black characters has proven to be more of a problem, particularly in recent months. Last week’s show included a sketch called “12 Years Not a Slave,” in which the main gag was Pharaoh’s obliviousness to the racism around him. Jason Zinoman pointed out in a smart New York Times column last week that  'For a show of topical parody rooted in current national politics and mass culture, diversity is a question not just of fairness, but also of art.' It’s just not possible to produce sharp, relevant cultural and political satire with no black female faces in the ensemble. But Washington’s turn as host also clearly debunked the idea that adding one black woman to the cast would fix the show’s narrowness of perspective. Her versatile performance couldn’t save a show that didn't know what to do with her."

"The Cineaste's Guide to Watching Movies While Stoned." For The Nation, J. Hoberman suggests that the '60s and '70s were an especially golden age of cinema if you were on a pro-pot platform.

"Advertised as 'the ultimate trip,' 2001: A Space Odyssey was the most famous head movie; I first saw it flat on my back and zonked in front of the screen at the Capitol Theater on Broadway and 51st Street. Andrew Sarris famously panned the movie in The Village Voice ('a thoroughly uninteresting failure and the most damning demonstration yet of Stanley Kubrick’s inability to tell a story coherently') and then, perhaps persuaded by his younger friends, returned to see it a few weeks later, consciousness altered by what he coyly reported was 'a smoked substance that I was assured by my contact was somewhat stronger and more authentic than oregano on a King Sano base.' Head properly adjusted, Sarris now saw 'a major work by a major artist.' This leads me to conclude not that marijuana necessarily improves movies, but rather that it facilitates the capacity to remake them in your mind. Filtered through a haze of grass, that which was simple is now complex, while that which was complex becomes unintelligible, and who really cares?" 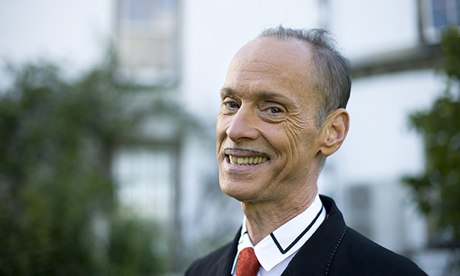 "Interview: John Waters."  For The Guardian, Tim Teeman interviews the cult moviemaker, who is currently performing his one-man show "This Filthy World" in Liverpool.

"Before I told my parents I was gay they were scared I was about to say I was a necrophiliac or something. "Do you have to say it to USA Today?" my father said. They were fine about me being on the cover of [gay magazine] Out, just not the publications their friends read. My parents were married for 60 years. They never had a fight. They were the perfect example of a good marriage. Now my mother wants me to get married. She'll say: 'Why aren't you married to that nice friend?' who is usually a successful guy. But the successful gay men I know rarely have other successful gay men as boyfriends. They have hustlers. Marriage equality is a hustler's feeding frenzy of gold-diggers. I campaigned for marriage equality in Maryland because I believe we should have the right to it, but I personally don't want to get married. I don't want to imitate the traditions of heterosexual people. I hate weddings: they make me uneasy." 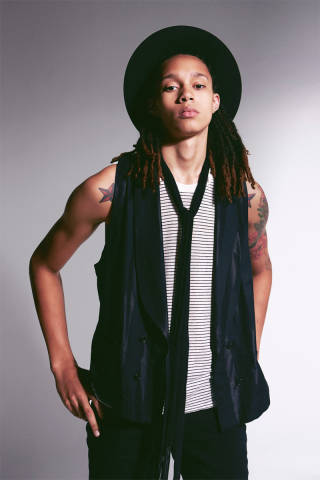 "How Slam-Dunking, Gender-Bending WNBA Rookie Brittney Griner Is Changing the World of Sports." For Elle, Laurie Abraham interviews one of basketball's most ground-breaking female players.

"In a world in which the female body is always up for critique, Griner stands as very tall testament to how much we’ve changed in our attitudes toward difference, but also to the distance we have yet to travel. Hers is the story of how a 22-year-old physical anomaly with the energy of the goofy skater kid she is during her off-hours—leaving the arena, Griner worked her long torso through an open car window and sat on the door’s edge, hollering to a teammate behind us—is challenging norms of both sexuality and gender. 'Gender is who you go to bed as,' says one specialist in gender identity issues. 'Sexuality is who you go to bed with.'The latter subject is in some ways more straightforward, easier for sports reporters and cultural observers to address—and celebrate. In April, during a video interview on SportsIllustrated.com, Griner offhandedly acknowledged that she’s a lesbian. The low-key disclosure came in a spring and early summer marked by watershed moments in gay rights, including the Supreme Court’s striking down of a federal ban on gay marriage and NBA backup center Jason Collins becoming the first male pro-athlete to out himself while still an active player." 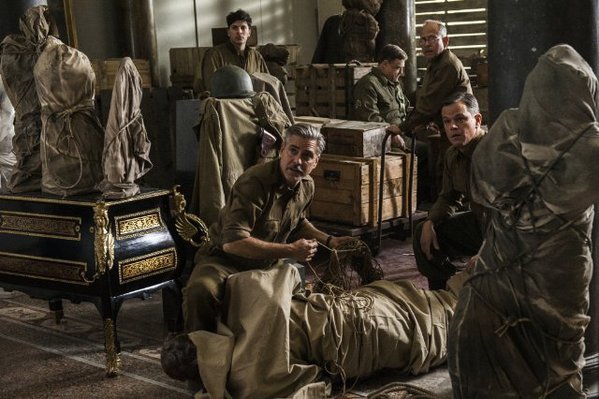 "On Sunday, a German magazine reported that a raid on a Munich apartment two years ago had yielded artwork suspected of having been looted by Nazis. The works, valued at more than $1 billion, include paintings  by Picasso and Matisse that were assumed to have been lost or destroyed during  the global conflict. Some or all of the pieces, recovered  in the home of Cornelius Gurlitt, the 80-year-old son of a well-known Nazi-era art dealer, had been confiscated by the Nazis or sold cheaply by people desperate to leave Germany, according to the magazine Focus.'The fact is there are still thousands of masterpieces yet to be found or returned to the rightful heirs,' said Grant Heslov, who with Clooney adapted Robert Edsel’s book 'The Monuments Men: Allied Heroes, Nazi Thieves, and the Greatest Treasure Hunt in History.'"

From 'A New Version of Buster Keaton's 'The Blacksmith.'"