"Google got it wrong. The open-office trend is destroying the workplace.": The Washington Post's Lindsey Kaufman argues that "workplaces need more walls, not fewer."

“These new floor plans are ideal for maximizing a company’s space while minimizing costs. Bosses love the ability to keep a closer eye on their employees, ensuring clandestine porn-watching, constant social media-browsing and unlimited personal cellphone use isn’t occupying billing hours. But employers are getting a false sense of improved productivity. A 2013 study found that many workers in open offices are frustrated by distractions that lead to poorer work performance. Nearly half of the surveyed workers in open offices said the lack of sound privacy was a significant problem for them and more than 30 percent complained about the lack of visual privacy. Meanwhile, ‘ease of interaction’ with colleagues — the problem that open offices profess to fix — was cited as a problem by fewer than 10 percent of workers in any type of office setting. In fact, those with private offices were least likely to identify their ability to communicate with colleagues as an issue. In a previous study, researchers concluded that ‘the loss of productivity due to noise distraction … was doubled in open-plan offices compared to private offices.’” 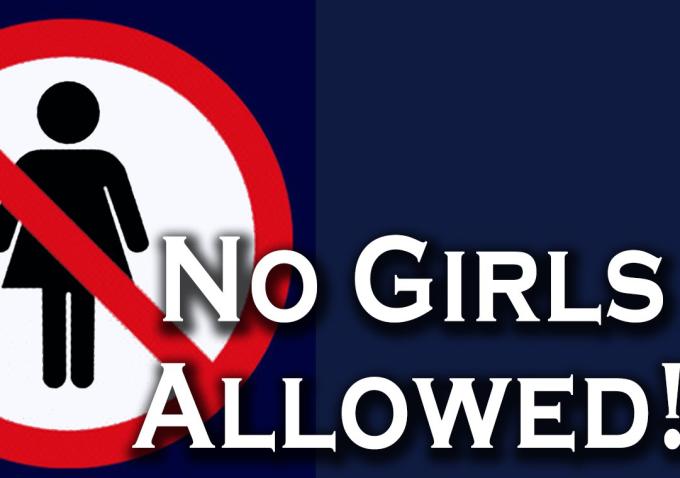 “I couldn't sleep at all last night because I knew in the pit of my stomach exactly what was going to happen this morning. Based on the wind and on the hatchet job against ‘Selma,’ I knew that Ava Duvernay was not going to be nominated for Best Director for her work on that magnificent film. I know that she is proud of her Best Picture nomination, and I know that she is proud of the Best Song nomination and in the work that everyone did on her film. As well she should be. But as a long-time observer of the Oscars -- and the difficulty for women to break through -- the fact that DuVernay did not get nominated is devastating. Remember way back in the fall, when people (by which I mean Oscar pundits who talk about movies that were seen by a tiny group of people or not at all) were talking about Angelina Jolie as a Best Director candidate and ‘Unbroken’ as a frontrunner for Best Picture? But once that movie came out, it faded from the Best Picture and Best Director race quickly. It just didn't have the prestige points to get to the finish line. Frankly, I don't think anyone at Universal cares, because it is doing fantastically at the box office. But ‘Selma’ had the reverse path. It is a small, indie movie financed overseas with a (then) unknown African-American female director. And when that movie was shown at AFI (unfinished), it exploded. (Let's also remember that ‘American Sniper,’ which got 6 nominations today, also screened at AFI -- to a muted response.)” 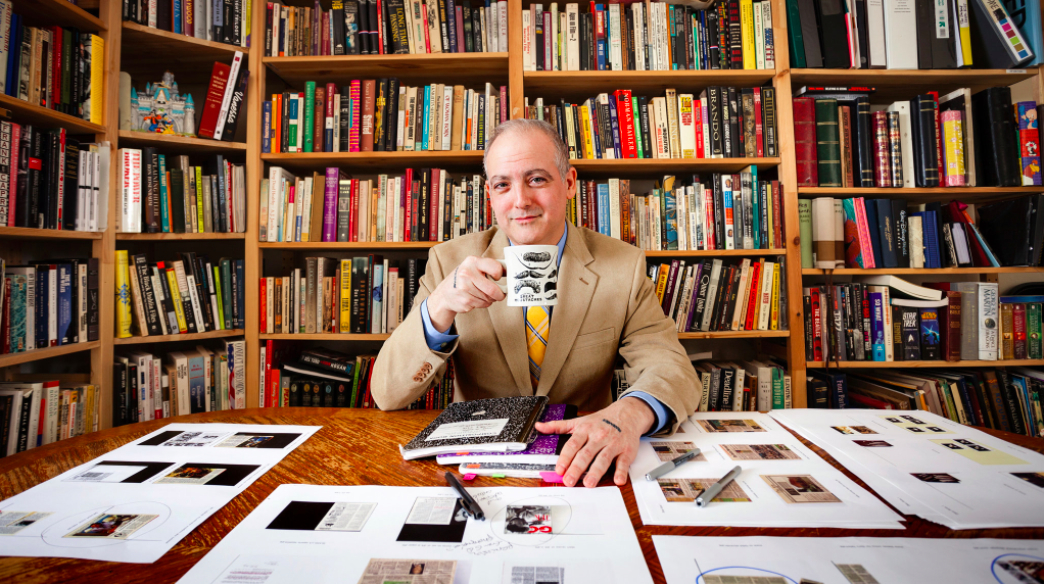 “Is it true that ‘The Life Aquatic’ is your favorite to date, or did ‘Grand Budapest’ supplant it? [Seitz:] ‘‘The Grand Budapest Hotel’ is an incredibly rich film, one of his best, definitely the most logistically and maybe thematically complex. It’s kind of every Wes Anderson film stacked one on top of the other, like a wedding cake. But yeah, ‘Aquatic’ is my favorite. It’s his least perfect movie. I think even Wes would cop to that, though ‘Bottle Rocket’ might be in there with it because it was his first and he wasn’t in creative control of it. But it’s the one that hits me the hardest. I went through a period of my life when I lost my wife, my best friend and my stepmother in the space of three years. ‘The Life Aquatic’ speaks to that. It’s about accepting that death is a part of life, and it’s not personal, and you just have to let it go or move through it. ‘Grand Budapest’ has a touch of that as well. Most of his films do.’” 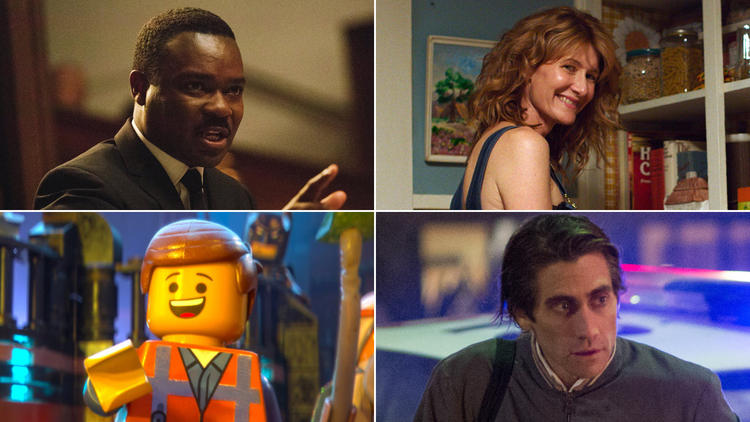 “If Thursday's Oscar nominations are any indication, the best Hollywood movies aren’t being made by Hollywood anymore. Following the lead of many major industries, the movie business has in effect outsourced what used to be its bread and butter. For if the Academy Awards have traditionally represented anything, it's what the industry values: what the thousands of professionals, the insiders who make up the academy membership, think is the best cinematic work of the year. But if you look at the nominations for the year 2014, both across the board and category by category, what is striking is how many of the big winners came from either the independent world, overseas or both. This is not a new development, but this year’s results spelled it out in big, bold letters. Thursday’s two big winners, ‘The Grand Budapest Hotel’ and ‘Birdman’ with nine nominations each, were independent films released by Fox’s specialty division, Fox Searchlight. ‘Grand Budapest’s’ director, Wes Anderson, is a longtime stalwart of the independent world, and ‘Birdman’s’ guiding spirit is Mexico’s Alejandro G. Iñárritu. When you go further down the most-nominations list, that trend continues. ‘The Imitation Game,’ released by the Weinstein Co. and directed by Norway’s Morten Tyldum, got eight nominations, including a well deserved one for Tyldum himself.” 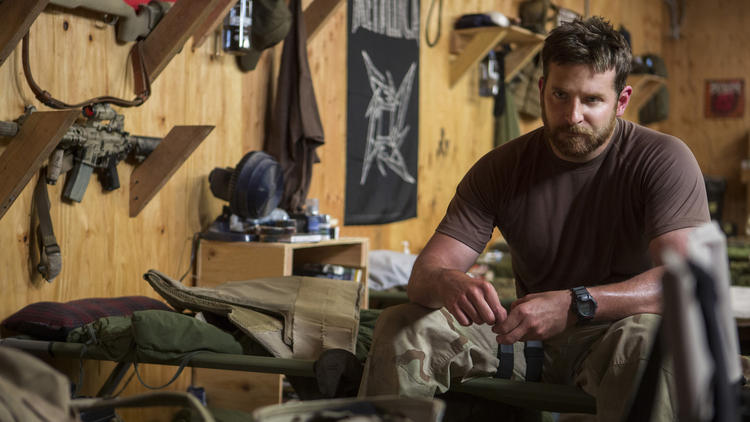 "Review: 'American Sniper'": Chicago Tribune critic Michael Phillips knocks it out of the park with his excellent two-star review of Clint Eastwood's divisive Oscar-nominated drama about the late Chris Kyle.

“The sharpest scene, featured in TV ads for the film, finds Kyle back from another tour. He's stateside, but he hasn't told his wife he's home. He's calling from a bar. He's not ready to re-enter what's left of his ordinary life. Eastwood spends an extra second or two with Cooper as he fights to keep it together. This complicates and deepens our understanding of a man who, too often in ‘American Sniper,’ is a collection of stalwart patriotic virtues rather than a three-dimensional slice of real life. If only the rest of the film were as strong and troubling as that bar scene. ‘American Sniper’ gins up all sorts of conflict, treating Kyle's beady-eyed Syrian sniper counterpart, Mustafa (Sammy Sheik), as a skillful but vaguely subhuman adversary. The climactic showdown between these two leads to Eastwood's most shameless techniques — cliched slow motion just when you expect it, an audience-baiting ‘kill’ shot complete with cheeseball bullet's-point-of-view trajectory. In ‘The Hurt Locker,’ director Kathryn Bigelow spent mere minutes on the disorienting homefront return of the central character (Jeremy Renner's bomb-defuser), and every second of those few minutes counted, registered, told us something. ‘American Sniper’ has the bar scene and not much else. The film is rarely dull; it's one life-and-death sequence after another, and the filmmaking's efficient, crisply delivered. But Eastwood honors his subject without really getting under his skin.” 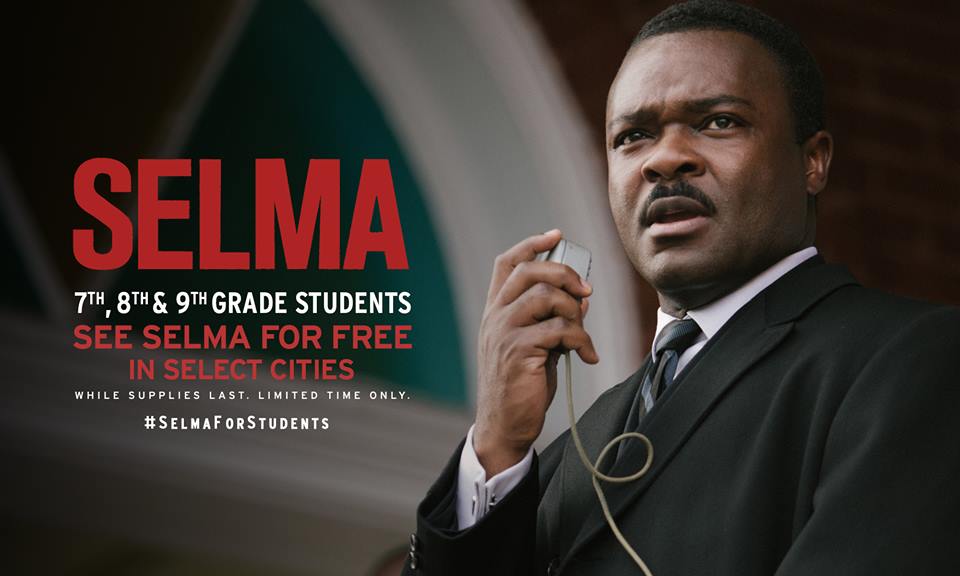 According to a press release from Paramount Pictures: "Following the lead of a team of African-American business leaders in New York and across the U.S., funds have been established in Chicago, Dallas, New Orleans, Oakland/San Francisco Bay Area and Washington D.C. African-American business leaders in these cities – along with organizers in Boston, Nashville, New Jersey, New York, Philadelphia, San Francisco, Sarasota, FL and Westchester – have created programs that will allow students in these locations to see 'Selma' for free at participating theaters."

Ruben Östlund, the brilliant director of "Force Majeure," responds to his film getting snubbed by the Oscars in the Foreign Film category. Fans of the film will love this.