"ARIELLE BERNSTEIN: Out of the WILD": At Indiewire, Bernstein discusses how Jean-Marc Vallée's "Wild" "reimagines the female journey as an existential quest."

“‘Wild,’ though still tinged with a soft Oprah self-help glow, is doing something fundamentally different—reimagining the female journey as existential quest. Based on her memoir by the same name, ‘Wild’ is about a woman who takes risks and makes choices in struggling to find a way out of her grief after the death of her mother, the self-described love of her life. Along the way she develops a heroin habit, cheats on her incredibly patient and loving husband, and decides, ultimately, to walk the Pacific Coast Trail alone as a symbolic gesture to try and reclaim a sense of self. The story is often told in flashbacks—scenes from when Strayed was a child and a teenager and early twenty-something, scenes from her young marriage and its disintegration, scenes of Strayed’s ensuing addiction to casual sex with strangers and drugs—with moments in the present as Strayed overcomes hurdle after hurdle of being alone in the very literal wild. Strayed, the real life author, is a fantastic writer, and while the director of ‘Wild,’ Jean-Marc Vallee, strives to capture her tone through voiceover, I found myself longing for Vallee to translate Strayed’s experience to film with a greater emphasis on the images she encounters on the way.” 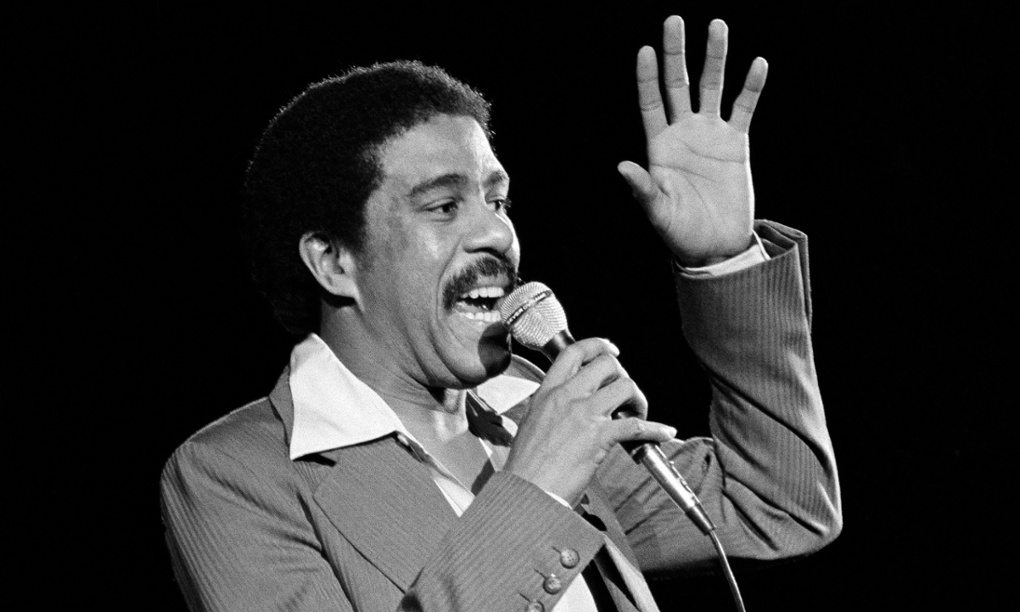 "Richard Pryor: meltdown at the Hollywood Bowl": Scott Saul of The Guardian publishes an excerpt of his book, "Becoming Richard Pryor," that recounts his memorable tirade at a 1977 gay rights fundraiser in response to racism he observed that evening.

“Over the course of the evening, Pryor grew increasingly allergic to the atmosphere of moral superiority. He despised euphemisms, and yet here he was headlining a gay rights benefit that couldn’t put the word gay in its title. He felt the victim of a bait and switch; like at least one other black artist on the programme, he’d originally been asked to perform for a human rights rally, pure and simple. Other resentments gathered. He scanned the sea of faces in the audience and spotted only a handful of black people. And he noticed that the Lockers, a young black dance group on the bill, kept suffering from poor treatment. When the dancers asked stagehands for help with the lights, the stagehands paid no notice; when the dancers performed onstage – one jumped over six chairs in a single bound – the audience sat in their seats. An hour later, just before Pryor was set to perform, the formerly indifferent stagehands leapt to fix the lights for two white ballet dancers; and the formerly blasé audience applauded them as if they were ‘some bad motherf–kers.’ Backstage Pryor saw the fire marshal dress-down a Locker for setting off a small explosive onstage as a special effect, and he saw the show’s promoters refuse to come to the dancer’s defence.” 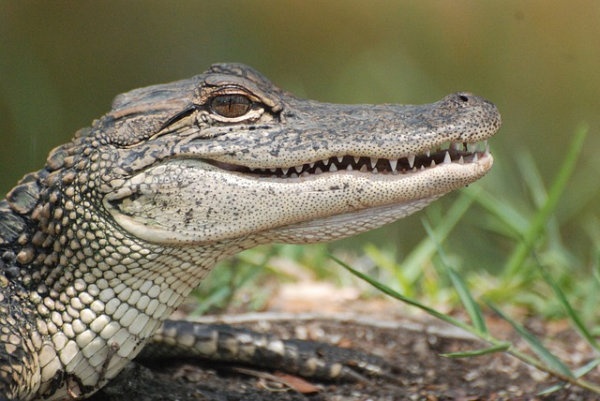 "Why Stopping #GamerGate and 8chan Is Important for Everyone—Including GamerGate": A provocative piece by Andrew Todd of Badass Digest.

“baphomet/ is an 8chan board explicitly devoted to doxing (leaking of private personal information), swatting (calling in armed police raids on unsuspecting targets), spam bombing (having loads of useless shit sent to targets’ houses), gaslighting (making targets doubt their own sanity), and raiding (a generic term that encompasses all of the above and then some). There are discussions on this board about who should be targeted. There are discussions about targets’ personal information. About hitmen. About bombmaking. The wiki linked in the site’s rules page features guides on how to find people’s personal information, how to call in police raids, and how to bomb targets with high volumes of junk mail or fraudulently sign them up for memberships in dubious organisations. There’s a section called “Ruin Life Tactics”. It’s not ambiguous. Both /baphomet/ and #GamerGate claim they’re unrelated to each other, yet somehow, most of /baphomet/’s targets happen to be outspoken #GamerGate critics, and both Brennan and /baphomet/ owner Benjamin Biddix have been noted #GamerGate supporters. This is the state of play now: if you publicly critique #GamerGate, you’ll either be threatened - vaguely or specifically - or you’ll be outright attacked.”

"'Selma' is a horror movie": The Washington Post's Alyssa Rosenberg writes a great analysis on the visceral and, dare I say, Oscar-worthy directorial techniques of Ava DuVernay.

“Toward the beginning of Ava DuVernay’s movie ‘Selma,’ four little girls in starched dresses are walking down the steps that lead downstairs from the balcony of their church. They are talking about girlish things. ‘I got my hair pressed that morning, and it was wasted when I hit the water,’ one of them says, telling a story about being pulled between the incompatible pleasures of a new hairstyle and a swim on a hot day. The conversation turns to Coretta Scott King’s immaculate tresses. ‘She parts it in the middle,’ another child notes approvingly, longing for the same elegance. I know my history. I knew the moment I saw those four little girls that they were about to die violently in the 1963 bombing of the 16th Street Baptist Church in Birmingham, Ala. But DuVernay staged their chatter, and their passage down the staircase, bathed in pale, clear light, in a way that lulled me. For a moment they were so vibrantly alive that I forgot the fate that was descending on them. And when the explosion ripped through that staircase, like a beast lunging in from the right side of the frame and leaving a swirl of splinters and patent leather shoes in its wake, I was shocked in spite of myself.” 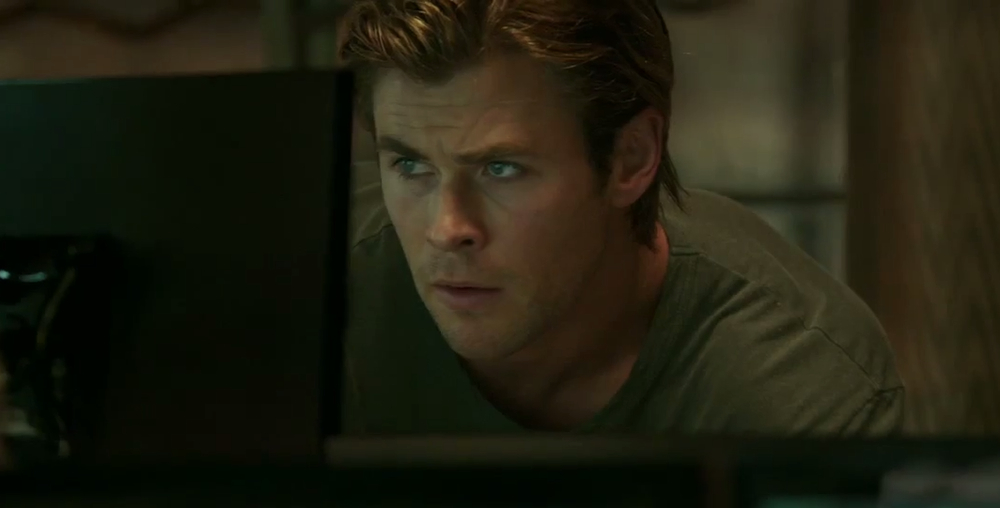 “While many have seen fit to instantly decry the film based on the casting of Chris ‘Thor’ Hemsworth as a computer hacker, a controversy has arisen from a Facebook post by ‘Blackhat’ composer Harry Gregson-Williams. Gregson-Williams stated in the post that he ‘would like it to be known that the score may be credited to me, but contains almost none of my compositions.’ He mentions that he attended the premiere and it was then, to his horror, that he discovered his music had been replaced by ‘quasi emotional (synth) string pieces’ (his words) which would appear to be the work of someone unknown – the other composer known to be working on the score was Atticus Ross. Another point is that he doesn’t like being credited when it’s not his music. Several online film critics and bloggers have exclaimed shock at the treatment Gregson-Williams has received, and while I agree with that – and as a fan of Mann I’m pretty disappointed in him for this – there is one famous precedent. The famous Golden Age composer Alex North suffered the same treatment at the hands of one Stanley Kubrick, where at the premiere of ‘2001: A Space Odyssey’ he found that his music had been replaced by classical pieces by Richard Strauss and Gyorgi Ligeti (his score has been released by itself several times, most recently on the Mondo label). So I agree – bad form from Mann. But on the other hand, I’m somewhat baffled by the reaction to the news. Of course the fact that he found out at the premiere is bad, but at the end of the day this is Michael Mann, who has a lot of previous with this kind of thing. Even one of the articles that kind of led me to write this piece (by Kevin Jagernauth at The Playlist) included quotes by Elliot Goldenthal, who wrote music for ‘Heat’ and ‘Public Enemies,’ about how ruthless and exacting Mann is concerning music for his films. And he is absolutely right, the director requires total control on every aspect of his films. And why shouldn’t he?” 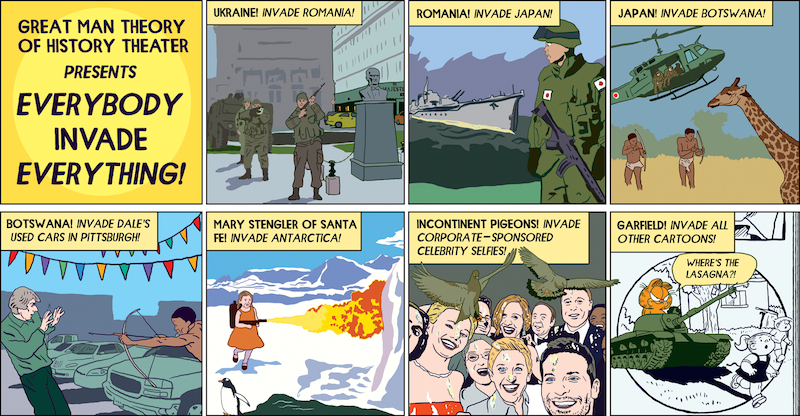 A priceless editorial comic featured in Michael Kupperman's article, "My NYT Nightmare," in The Hooded Utilitarian.