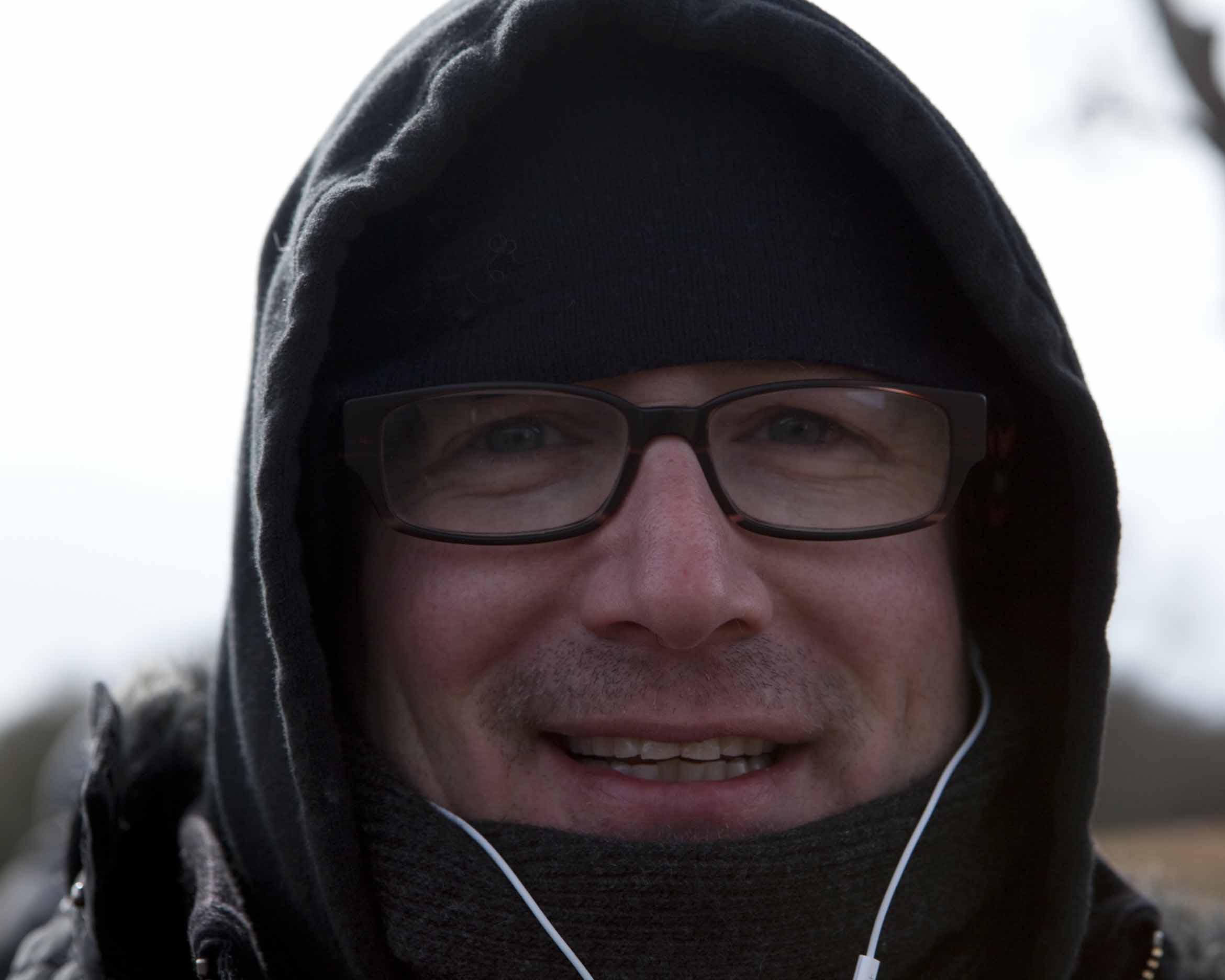 "Over 30 Really Good Things in the Indie Film Biz 2013." On his blog, legendary indie film producer Ted Hope gets thankful. Tis the season, after all.

"Platforms are for the many. Distribution was for the few. Once you had to be chosen; now the choice is yours. Giving people everywhere access to your work is a crucial first step to developing a sustainable creative practice — well maybe, after you’ve developed a sizable community base (yeah, it’s a Catch 22, I know, but…). The point is now we can reach people with our work, and you don’t have to be chosen.  The power is yours. Take it (but please be prepared).

Exhibitors are setting their own rules.  Perhaps the IFC Center’s refusal to enforce the NC-17 rating is just the tip of the iceberg.  Perhaps from there the arthouses can move well beyond the week long booking policy of many distributors and start to multiplex individual screens, offering specific content for specific audiences at specific times.

Exhibitors are getting serious about gender bias.  Maybe filmmakers and the studios will be next.  It may only be happening in Sweden now, but how great would it be if we rated films every where on gender bias? We can expect to see the Bechdel Test rating in other regions to appear. Of course, even as simple as it is, there are many films you’d be surprised to find can’t past the Bechdel Test." 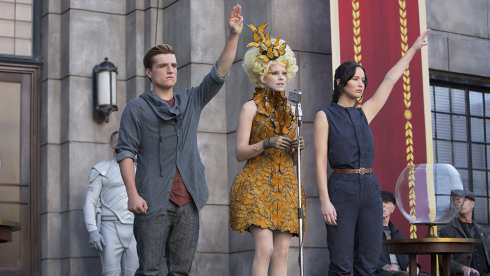 "Why the ‘Catching Fire’ Movie Is Better than Suzanne Collins’ Novel." Variety's Justin Chang makes a compelling case for how this film franchise is improving upon its source material.

"There’s one especially crucial respect in which 'The Hunger Games' franchise has become a richer, more provocative and fully realized thing onscreen, and it’s worth mentioning as a footnote to a year that has seen no shortage of noteworthy dramas centered around black characters and experience. I’m speaking, of course, about Rue and Thresh, two brave young Hunger Games tributes from the previous film who were played by black actors (African-American thesp Amandla Stenberg and the Nigerian-born Dayo Okeniyi, respectively), a fact that riled the many casual racists among Collins’ readership.

'Why does Rue have to be black,' one of them tweeted. Well, because as many sharper-eyed readers have pointed out, Collins wrote her that way ('She has dark brown skin and eyes'). Thresh, too ('The boy tribute from District 11, Thresh, has the same dark skin as Rue'). Admittedly, these descriptions are quick and offhand enough that you can miss them on a first reading — or, if you so desire (and clearly some did), substitute white characters in the privacy of your own imagination. But in 'The Hunger Games' movies, Rue’s heritage — like that of Katniss’ stylist and confidant, Cinna (Lenny Kravitz), or her tech-savvy fellow tribute Beetee (Jeffrey Wright, an excellent addition to the series) — is an unignorable, matter-of-fact reality." 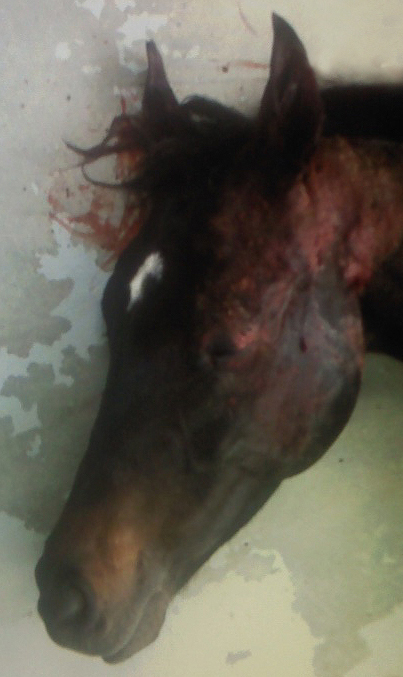 "Animals Were Harmed." The Hollywood Reporter's Gary Baum reveals animal cruelty is still business as usual on many movie sets. This is the kind of long-form, investigative reporting that should never fall by the wayside, no matter what else changes in journalism.

"The full scope of animal injuries and deaths in entertainment productions cannot be known. But in multiple cases examined by THR, the American Humane Association has not lived up to its professed role as stalwart defenders of animals — who, unlike their human counterparts, didn’t themselves sign up for such work. While the four horse deaths on HBO’s Luck made headlines last year, there are many extraordinary incidents that never bubble up to make news. A Husky dog was punched repeatedly in its diaphragm on Disney’s 2006 Antarctic sledding movie Eight Below, starring Paul Walker, and a chipmunk was fatally squashed in Paramount’s 2006 Matthew McConaughey-Sarah Jessica Parker romantic comedy Failure to Launch. In 2003, the AHA chose not to publicly speak of the dozens of dead fish and squid that washed up on shore over four days during the filming of Disney’s Pirates of the Caribbean: The Curse of the Black Pearl. Crewmembers had taken no precautions to protect marine life when they set off special-effects explosions in the ocean, according to the AHA rep on set. And the list goes on: An elderly giraffe died on Sony’s 2011 Zookeeper set and dogs suffering from bloat and cancer died during the production of New Regency’s Marmaduke and The Weinstein Co.’s Our Idiot Brother, respectively (an AHA spokesman confirms the dogs had bloat and says the cancer “was not work-related”). In March, a 5-foot-long shark died after being placed in a small inflatable pool during a Kmart commercial shoot in Van Nuys. All of these productions had AHA monitors on set." 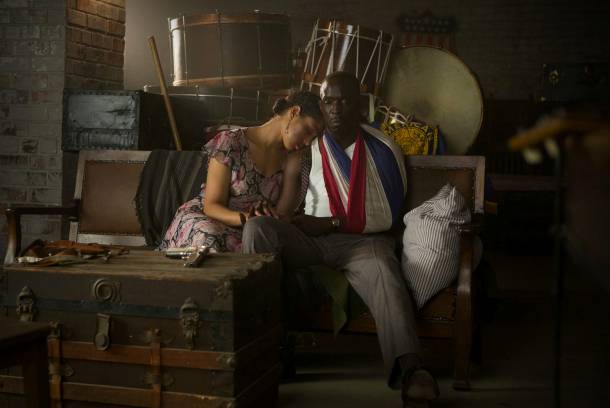 "I'm making the whole thing sound very meticulously and obviously integrated, and I shouldn't, because part of what makes this season so special is the way it embraces the gray area separating short fiction from the novel. More so than previous seasons, season four of Boardwalk felt like a collection of long short stories, maybe novellas, traveling deliberately on parallel tracks that only sometimes converged. There wasn't as much forced connective tissue this year. As in one of those big canvas Altman pictures, the Cicero stuff seemed to be taking place adjacent to the stuff about the Thompson clan, and those bits only sometimes overlapped with Chalky battling his sinister rival Valentin. And the bits with Gillian trying to kick heroin and win her grandson back in a custody battle didn't really intertwine with the tragedy of Harrow until the last few episodes. But when it all did come together, it did so in a poetic, glancingly Altman-esque way. The final montage was a roll call of disappointment." 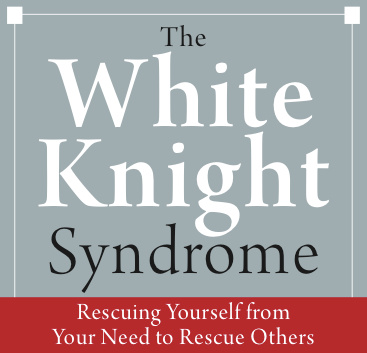 "Dear Men, Stop Explaining Rap Music to Women." For Vice, Madeleine Holden womansplains the downside of being a female rap fan--namely, a certain type of guy.

"Explainers are off-the-richter annoying and women don’t need them, for two reasons. The first is that they’re almost never discerning identifiers of what constitutes misogyny in the first place, boiling down all of hip hop to 'music about strippers and pussy popping” and failing to realise that music about strippers and pussy popping isn’t inherently sexist. A hallmark of Explainers is their tendency to confuse and conflate sexual explicitness and misogyny; they display a queasiness at the idea of songs about celebrating strippers and eating ass. Songs that traffic in sexually explicit content are not axiomatically sexist, and are sometimes quite the opposite; it’s hard to tell that to Explainers, though, who assume that female listeners must be making a terrible mistake to be standing for music that they find personally distasteful. Explainers pop up regularly in small, microaggressive ways. I once went on a date with a (white) dude who asked me to reconcile my feminism with my love of rap; I was feeling generous so I did it for him, cogently and patiently. He waited until I was finished, sniffed and said 'I’m just not sure you really believe that.' A (white) dude I follow on twitter once tweeted that 'Turn On The Lights' was 'truly so special' and 'very rare' because it contained 'not one curse word or reference to sex or misogyny,' as though it Wasn’t Like All That Other Vulgar Stuff, and as though swearing, sex and hatred of women are three equally desirable things to excise from a song."

A trailer for 1995's "Tales From the Hood." Tip of the hat to Dennis Cozzalio.