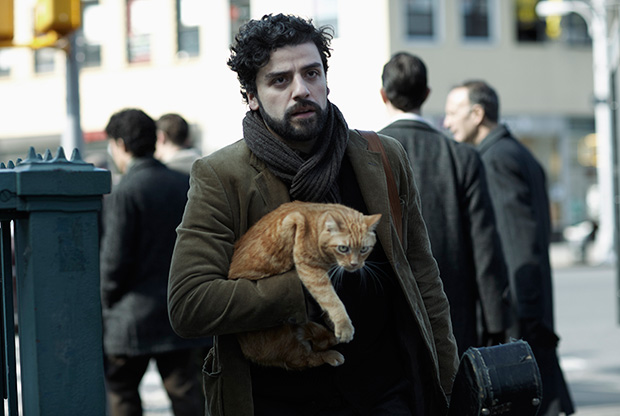 "Coen Bros. Torture Another Schlemiel While Imagining They Are Dylan’s True Heirs." For Tablet, J. Hoberman calls anti-semitism on the (Jewish) "Inside Llewyn Davis" writer-director team.

"All accounts of the Village folk scene are necessarily haunted by the specter of Bob Dylan, who is heard but not seen in Llewyn Davis’ closing moments—by which time any Dylanologist in the audience will have figured out that luckless Llewyn is destined to get his shot on the same night that the New York Times caught Dylan’s act. Having grown-up Jewish in greater Minneapolis, the Coens might have an understandable fascination with the older Minnesota landsman who renamed himself after a Welsh poet while raising sarcastic disdain to cosmic heights….It cannot have been lost on the Coens that it was a Minnesota Jew like themselves who effectively schlemiel-ized an entire movement of earnest idealists. (Who could top the singer’s “Positively 4th Street” kiss-off: I wish that for just one time, you could stand inside my shoes/ You’d know what a drag it is to see you.) Nor could the brothers have failed to see the joke. The magnitude of Dylan’s off-screen success magnifies Davis’ humiliation. Dylan is their movie’s structuring absence: That he is a Jew who is not a schlemiel means he can’t be shown at all." 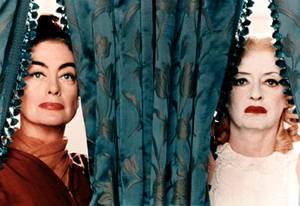 "The woman’s film at its most radical asks us to see femininity as being fully as complex, various, unclassifiable, vexed, and dynamic as masculinity. Analogously, the horror-woman’s film asks us to consider the older version of the female star as being as fully complex and interesting as the more glamorous, more conventionally beautiful, younger versions of these stars. The ‘60s horror works also continue the woman’s film’s most politically urgent project, which is to interrogate institutionalized heterosexuality and compulsory marriage as equally oppressive structures for the containment of female sexuality and agency. Most of the horror-woman’s films do not end in marriage or heterosexual fulfillment of any kind, and this maneuver is not a function exclusively of age. For example, in the Bette Davis vehicle Dead Ringer (1964), directed by Davis’s Now, Voyager co-star Paul Henreid, the heroine is involved in a romantic relationship in her own life and then another one when she takes over the life of her rich twin sister, whom she murders. The film foregrounds the failure of sisterly bonds, while eschewing heterosexual romance as a cure-all for this failure. Most importantly of all, bonds between women (and their sundering) provide the central overlap between the classical and the horror-inflected woman’s film." 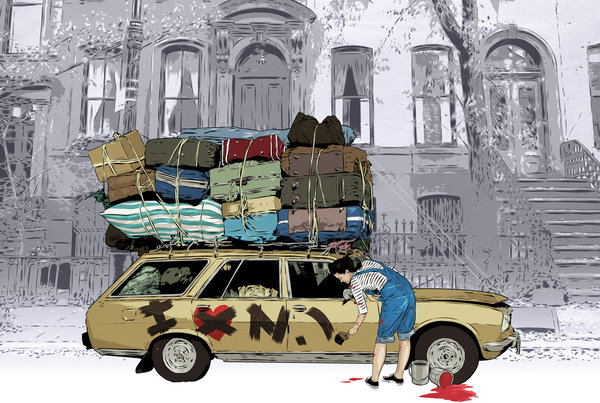 "The Long Goodbye." For The New York Times, Alex Williams ogles the long literary tradition of the "So Long, New York" essay.

"The literature may be thin when it comes to 'See ya, Chicago' or 'Later, Los Angeles' odes, but ever since Ms. Didion set the standard 46 years ago, the “Goodbye New York” essay has become a de rigueur career move for aspiring belle-lettrists. It is a theme that has been explored continuously over the years by the likes of Meghan Daum in The New Yorker and Luc Sante in The New York Review of Books. Lately, the 'Goodbye' essay has found renewed life, as a new generation of writers works out its love-hate relationship with the city in public fashion. Recently, opinion-makers like Andrew Sullivan and David Byrne have scribbled much-discussed New York-is-over essays; literary-minded Generation Y writers have bid not-so-fond farewells to the city on blogs like Gawker and The Cut; and a dozen-plus writers, including Dani Shapiro and Maggie Estep, published elegies to their ambivalence toward New York in 'Goodbye to All That: Writers on Loving and Leaving New York,' an anthology published last month. 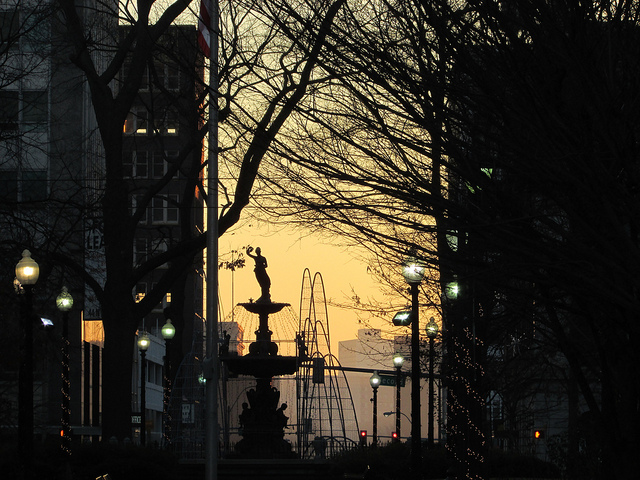 "Anniversaries." For The Sheila Variations, RogerEbert.com's Sheila O'Malley looks backward and forward with her characteristic elegance.

"It seems to me that the only thing worth doing while we are here on this planet is to try as hard as we can to be able to perceive one another, see one another, be with one another. (This is what art can do. It doesn’t have to do that, and art that feels an obligation to do that is smarmy and manipulative, but it is one of art’s potentials). Be present to the Good while it is happening. This takes practice. (Studies have been done showing that we humans are biologically wired to remember the Bad Stuff, and not the Good, which makes sense if you think about it from an evolutionary standpoint. It’s far more useful for a Caveman to remember that such-and-such toothy Beast should be avoided than to remember that the sunshine feels good on his hairy back. You know? What is more useful to your survival? The negative stuff. And yet scientists have found that the opposite can be true: we can also “install” positive memories, which have the same resonance and “use” that the Bad Memories do. The brain can repair itself from the damage done by emotional trauma. You can actually see the difference in brain scans and the like. This is not akin to the Positive Thinking “I am wonderful and perfect” mantra-thing which is a line of horse shit peddled by con artists. This is something quite different.)" 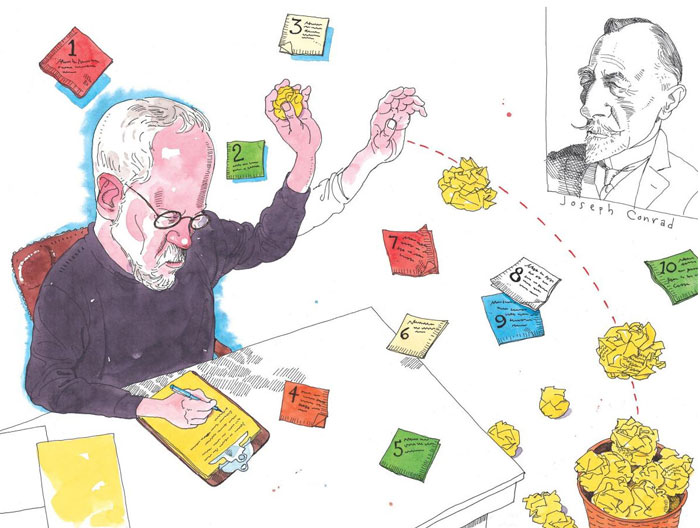 "Try to leave out the part that readers tend to skip.

A rule that came to mind in 1983. Think of what you skip reading a novel: thick paragraphs of prose you can see have too many words in them. What the writer is doing, he’s writing, perpetrating hooptedoodle, perhaps taking another shot at the weather, or has gone into the character’s head, and the reader either knows what the guy’s thinking or doesn’t care. I’ll bet you don’t skip dialogue.

Or, if proper usage gets in the way, it may have to go. I can’t allow what we learned in English composition to disrupt the sound and rhythm of the narrative. It’s my attempt to remain invisible, not distract the reader from the story with obvious writing. (Joseph Conrad said something about words getting in the way of what you want to say.)" 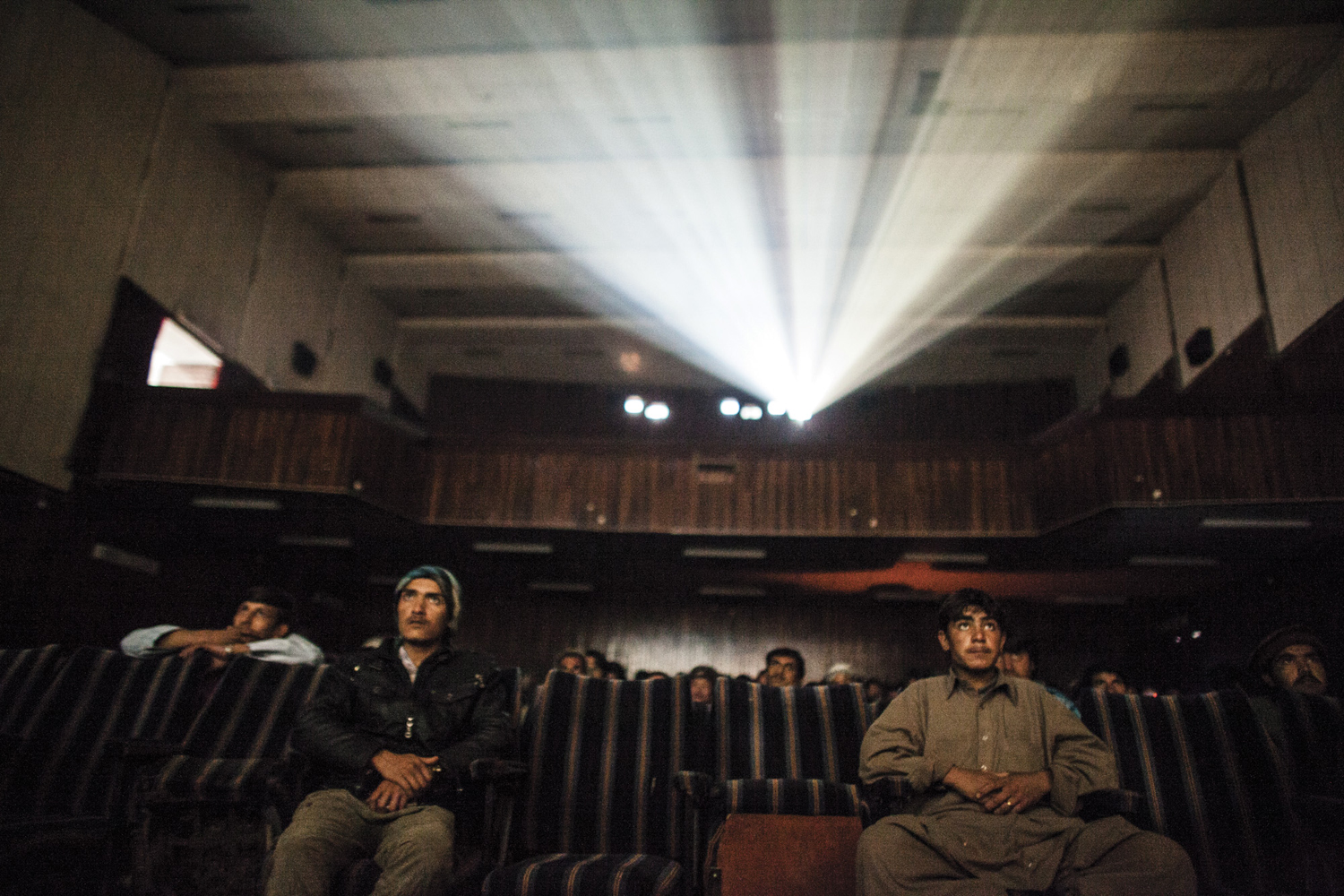