"In Selma, Alabama, a movie makes a town remember": Steven Zeitchik of The Los Angeles Times reports on the response to Ava DuVernay's acclaimed historical drama in the town where it's set.

“The choice of venue to open the film here was a single-screen theater known as the Walton. It was closed a year ago but reopened by the city to celebrate DuVernay’s film. Beginning Friday and continuing through the end of the month, officials said, ‘Selma’ will screen at the location, for free, multiple times each weekend. The Walton lies just around the corner from the Edmund Pettus Bridge, which, as it humps over the Alabama River that delineates the edge of downtown, serves as both border marker and icon. Its appearance hasn’t changed much over the years, amplifying the art-meets-reality effect. If the events on screen didn't seem realistic enough already, a few steps out into the cold Alabama night would ensure they did. ‘You’re going to see some things that will wake you up,’ the city’s black mayor, George Evans, told filmgoers as he took the stage to introduce one of the ‘Selma’ showings Friday evening. The movie had been a hot-button topic here all week. To some, it prompted buzzy anticipation, providing a chance to see their hometown of 20,000 in full Hollywood relief. But in stores and restaurants around this scruffy city 40 miles west of the state capital, there was also skepticism.” 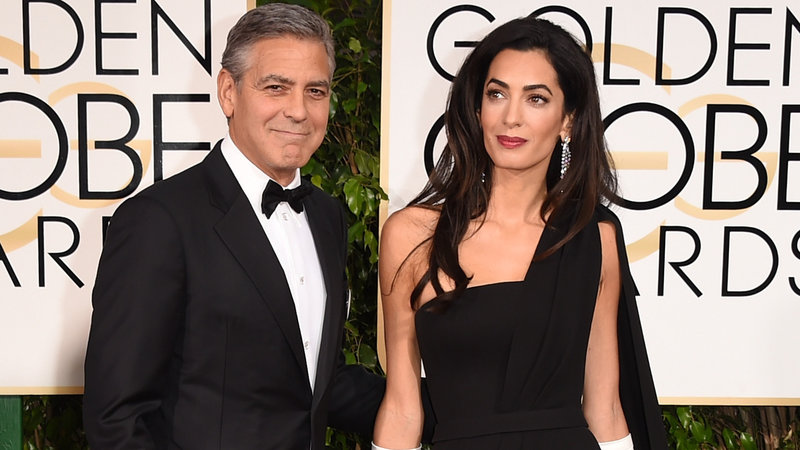 “This marriage, and these jokes, aren't about how celebrity culture is stupid as applied to this couple, but that it's stupid as applied to all couples. Not all celebrity spouses work for the U.N., but many are great parents, great friends, business owners, or actors/writers/directors who are just as talented but don't happen to be as famous. The way they recede even when they're in plain sight is always arbitrary if you want to talk about being a quality person. These aren't really jokes about Clooney; they're jokes about an entire narrative of Suave Gorgeous Actor who, at some point, some lucky person manages to snag. And they're jokes about how the assumption that Alamuddin was lucky to get Clooney to propose and give up his long string of gorgeous girlfriends contrasts with the assumption that Jennifer Aniston, for instance, pines away waiting to get married, desperately hoping she can stop settling for her long string of gorgeous boyfriends. (She's still not married, but she was at the Globes with longtime beau/fiance Justin Theroux. Should we send her a card, poor dear?) And, a little, they're jokes about the unfair tendency to act surprised when George Clooney, who seems to be a smart person, marries a smart person. Yes, a gorgeous person, but also a smart person. Why wouldn't he? Do we assume when we see an attractive young woman on somebody's arm that she's normally a dummy? If so, why is that?” 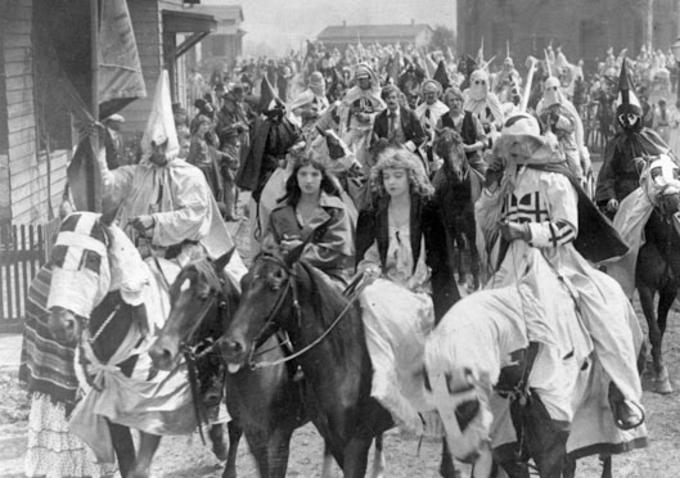 "Survey: The Best Art That Offends Us": An essential compilation of insights published by Indiewire's Sam Adams. The following excerpt was written by Richard Brody of The New Yorker.

“Shakespeare, Voltaire, Dostoyevsky were anti-Semites; the great cathedrals were the work of a Church rampaging on Crusades; the ‘stereo’ scene in ‘JLG/JLG’ is reminiscent of a scene from a Nazi propaganda film. It's virtually impossible to love art without overlooking or reconciling oneself to offense — by which I mean, one's own, my own (it's easy to wave away with an aesthetic benediction offenses to the feelings of others). ‘The Merchant of Venice’ finds echoes (no way for Jews to find betterment except through Christianity) in an extraordinary early short film by D. W. Griffith that I only recently saw, ‘A Child of the Ghetto,’ and, as everyone knows, Griffith had more and worse in store along with his greater achievements. The modern cinema is born under the curse of racist caricature and incitement to murder, with ‘The Birth of a Nation’; I hate it for what it is and what it caused, but I love it for other films that it made possible. There, Griffith invented the cinematic toolbox for psychologically intimate yet grandly stirring historical action that leaps into the present tense and into the imagination. Griffith used that kit of epochal astonishment to spread disgusting and destructive lies — yet that kit quickly passed into the hands of other filmmakers, including those who, even now, make movies in the spirit of virtue and in search of truth. Principled directors and movie-goers alike are Griffith's ineluctable and perhaps unwilling heirs, the inheritors of an ill-gotten treasure that imposes a special burden of self-consciousness and historical consciousness. The modern cinema, in its obsession with history and with the history of cinema itself, reveals its essential mode of expiation and of mourning.” 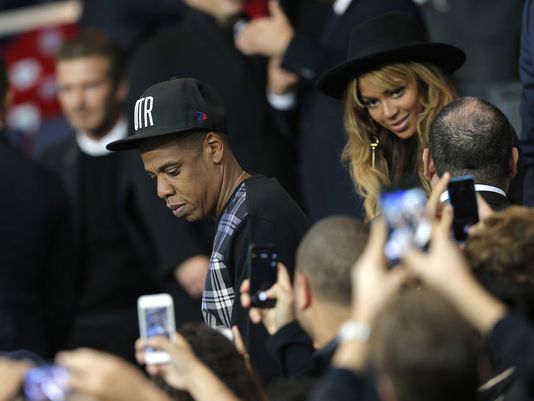 “DuVernay's film skillfully exposes the personal sacrifices, strategy scuffles and psychic damage Dr. Martin Luther King Jr. and his lieutenants endured while planning the famous 1965 Selma to Montgomery march for black voting rights. I'd love for Jay Z to see the movie because he recently told Oprah Winfrey that ‘hip-hop has done more for racial relations than most cultural icons.’ He went on to explain his belief that, ‘before, people partied in separate clubs. There were hip-hop clubs and there were techno clubs. Now people party together, and once you have people partying, dancing and singing along to the same music, then conversations naturally happen after that, and within conversations, we all realize we're more alike than we're separate.’ First of all, it is ahistorical to suggest that hip-hop is the first black cultural movement that has been followed, enjoyed and appropriated by white people. If subsets of the races sharing a connection to a certain genre of music could be said to equal meaningful social progress, America would not have had mass lynchings during the Jazz Age or little girls murdered in Alabama churches during the Motown era. This is not to say that music can't have a healing and uniting influence, but the idea that music is more responsible for racial reconciliation than the work of both famous and nameless men and women who dedicated their lives to social change is insane.” 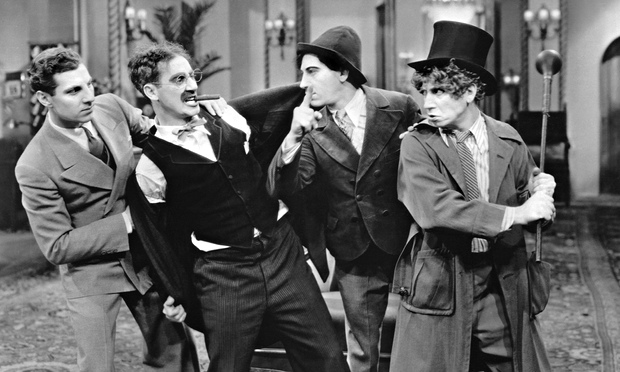 "A whole lotta relephants: the enduring delights of 'Duck Soup'": Craig Brown of The Guardian pens a wonderful piece on the 1933 Marx Brothers classic.

“After various formal introductions, a troupe of ballerinas enters, scattering flowers along his projected walkway. Everyone choruses: ‘His Excellency is due / To take his station, / Beginning his new administration / He’ll make his appearance when / The clock on the wall strikes 10! / We’ll give him a rousing cheer / To show him we’re glad he’s here! / Hail, hail Freedonia! / Land of the brave and free!’In 1933, when ‘Duck Soup’ was first released, this deadbeat song with its patriotic lyrics would have brought to mind the forced jubilations of Stalin’s Soviet Union or Hitler’s Germany; even today, it remains the prototypical song for countries such as Azerbaijan and North Korea, speaking of order and shared purpose, of a population pointing in the same direction. And still no sign of a pun. The minutes tick by, and the ceremony keeps on stopping and starting as His Excellency fails to appear. All eyes are on the entrance when Groucho Marx finally lollops in from the side, unseen. Finally, he is greeted – ‘I welcome you with open arms’ – by a clearly besotted Mrs Teasdale. The moment he enters, the puns come thick and punishingly fast, with no letup. The more Mrs Teasdale coos, the more he undermines her with his crazed wordplay. ‘You can leave in a taxi. If you can’t leave in a taxi you can leave in a huff. If that’s too soon, you can leave in a minute and a huff.’ These quick-fire speeches have a topsy-turvy logic all their own, each word changing its meaning the moment it is uttered.” 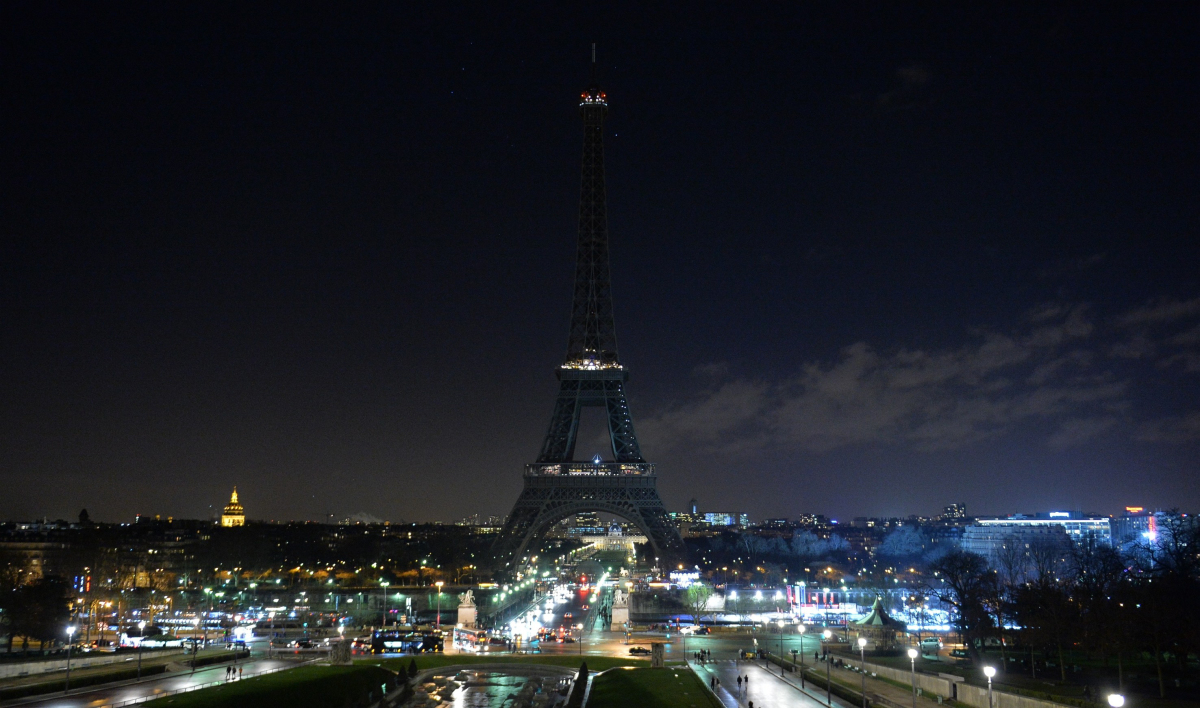 Dursun Aydemir's photo of the Eiffel Tower, which had its lights shut off in honor of the victims of the attack on Charlie Hebdo, accompanied Teju Cole's excellent piece, "Unmournable Bodies," in The New Yorker.