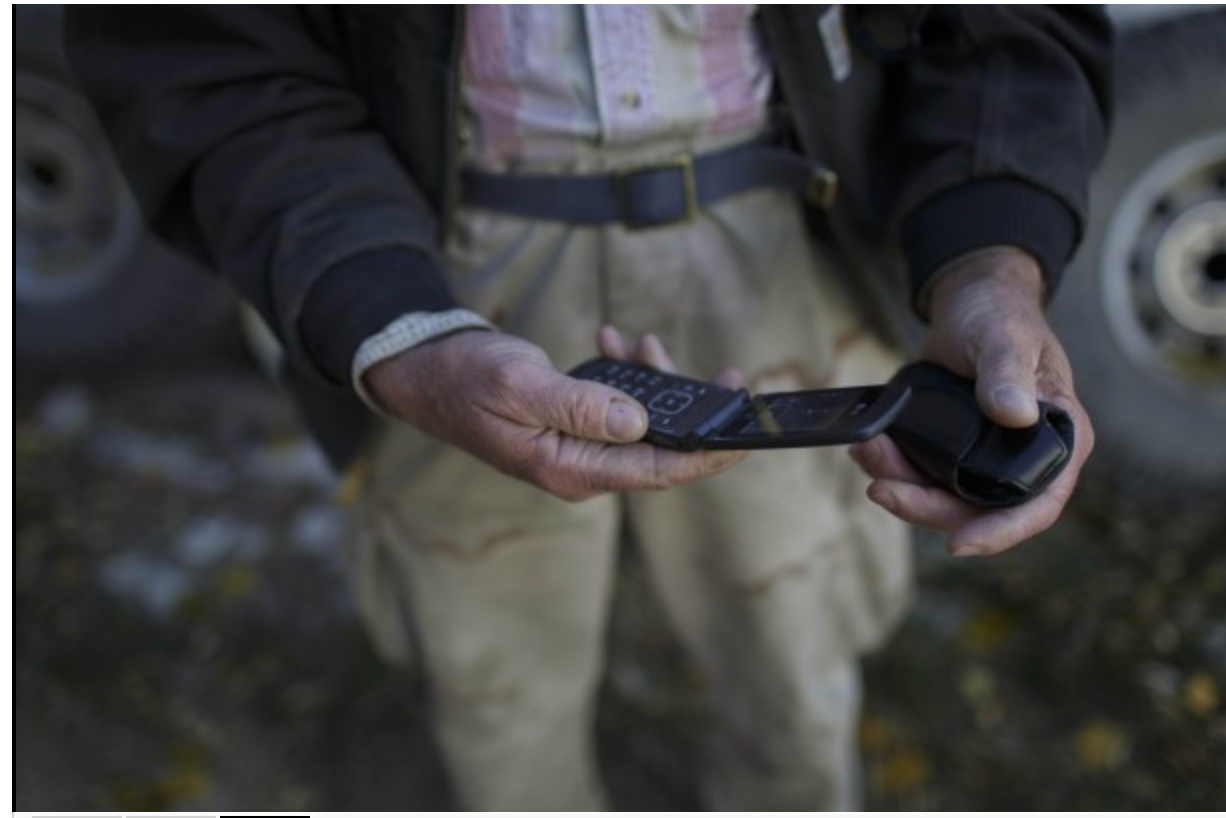 "Gap Between Those Who Use Internet and Those Who Don't Is Widening." The Washington Post's Andrea Peterson reports that a new "have-not" class is developing: those whose lack of Internet access is cutting them off from job opportunities, educational resources, health-care information, social networks, even government services.

"According to the survey, which was done in May, 49 percent of non-Internet users are older than 65. They also are, in general, less educated. Although nearly everyone in the United States with a college degree is online, 41 percent of adults without a high school diploma are offline. The digital divide linked to household income is less extreme but still substantial. Nearly a quarter of adults in households making less than $30,000 per year don’t use the Internet, the survey showed, as opposed to fewer than 1 in 20 adults in households with annual incomes above $75,000. There also are racial disparities — particularly when it comes to Internet use at home. Seventy-nine percent of whites surveyed by Pew used the Internet at home vs. 70 percent of African Americans and 63 percent of Hispanics. Urban and suburban Americans are more likely than rural residents to be online at home." 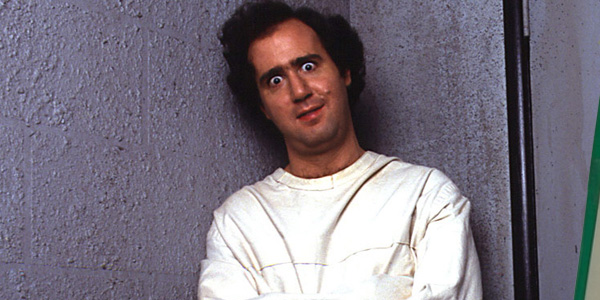 "Andy Kaufman May Really Be Alive." Given that the SNL star once faked his own death and was well-known for his extended pranks, rumors have always abounded that his real death from cancer in 1984 was also faked. Now, new rumors suggest this may be the case. Cinema Blend's Eric Eisenberg investigates.

"The story begins at the 9th annual Andy Kaufman Awards, which were held on Monday night at New York's Gotham Comedy Club. While on stage, Michael Kaufman - Andy's brother - began to talk about his sibling's legacy and then revealed that he doesn't actually know if Andy is alive or dead. He then told a story about how back in 1984 he was going through his brother's things and discovered an essay written by Andy about how he would go about faking his own death. The piece said that he would eventually reappear on Christmas Eve 1999 at a particular restaurant, and when that date came Michael went to the place to find out the truth. While Andy was a no-show, that night he was given a letter from a stranger that turned out to be a letter addressed to him from Andy. In the letter the comedy legend explained how he wanted to have a normal life and that 'he'd met and fallen in love with a woman and had a daughter, and that he didn't want Michael or anyone to say anything while their own father was still alive.'" 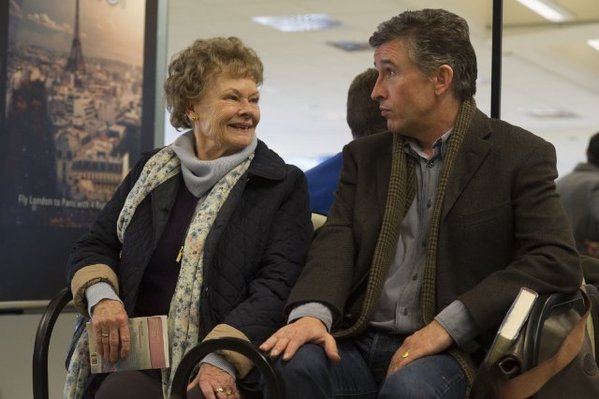 "Philomena, which stars Judi Dench as a woman trying to locate a son she was forced to give up for adoption 50 years earlier, was initially given an R because it included two utterances of the F-word. To speak out against the MPAA's decision last week, Dench filmed a FunnyorDie video assuming the character she played in the James Bond series, MI5 chief M. The clip went viral, scoring publicity for a low-profile film and perhaps contributing to the rating change. At least, that's what Weinstein seemed to think, on Wednesday crediting the "victory to Barbara Broccoli, producer of the James Bond series, Daniel Craig and Sam Mendes who because of their relationship with Judi Dench gave permission to spoof the ratings system using the M character."

"Director Brian De Palma is effectively doing a lot with the beginning of Carlito’s Way, a film about holding fast to dreams in an urban rat maze where the conclusion is predestined. The first local newspaper review I ever read of Carlito’s Way, 20 years ago on the morning of this writing, complained that De Palma’s decision to begin with the death of a crucial character was a fundamental flaw undercutting the suspense. But that perspective misses the aim of the director, himself somewhat like Carlito Brigante, a one-time enfant terrible struggling to make good in the “legitimate world” of big budget Hollywood moviemaking after a catastrophic failure that could have ended his career. The opening spoiler is part of the magic, as the director burrows into this dying man’s memories, suturing us so well into his dreams and the moment-by-moment tension that we forget about Fate’s hand. Carlito’s Way is one of De Palma’s most dramatically engaging films, a character-driven period epic where the final half-hour is a non-stop chase through offices, a hospital, a night club, the subway, and Grand Central Station, concluding at this incendiary Ground Zero destination of death, affirming how great suspense moviemaking pulls the audience in with sympathy and fear in spite of the ineluctable outcome of which we’re already certain." 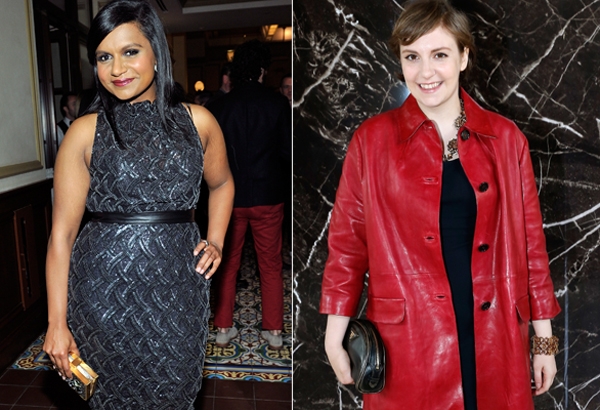 "Kaling: 'I love Tina Fey, Vince Gilligan, Jonathan Franzen. B.J. Novak continually inspires me. Lorne Michaels is so stylish and has perfect taste. I strive to be as balls-out funny as Danny McBride, though who could emulate that, really? Nora Ephron, not only as a writer and director, but also as a hostess, a wit, a New Yorker. These are artists I want to copy and impress. As an overall person? I would say that my mother is the single biggest role model in my life, but that term doesn't seem to encompass enough when I use it about her. She was the love of my life. I love women who are bosses and who don't constantly worry about what their employees think of them. I love women who don't ask, "Is that OK?" after everything they say. I love when women are courageous in the face of unthinkable circumstances, like my mother when she was diagnosed with stage IV pancreatic cancer. Or like Gabrielle Giffords writing editorials for the New York Times about the cowardice of Congress regarding gun laws and using phrases like "mark my words" like she is Clint Eastwood.'" 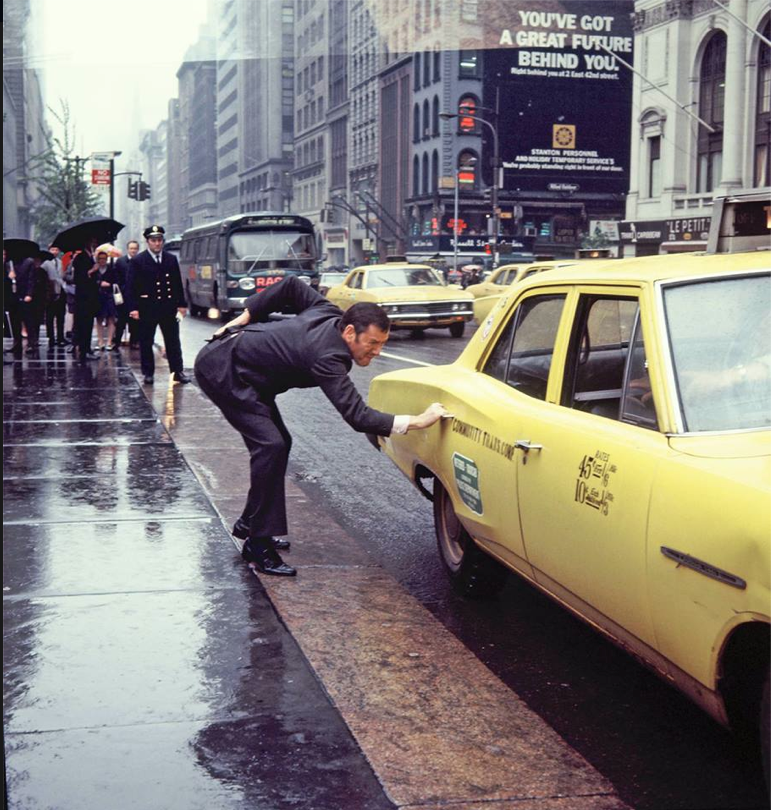 "On November 13, Felix Unger was asked to remove himself from his place of residence; that request came from his wife. Deep down, he knew she was right, but he also knew that some day he would return to her. With nowhere else to go, he appeared at the home of his friend, Oscar Madison. Several years earlier, Madison's wife had thrown HIM out, requesting that HE never return. Can two divorced men share an apartment without driving each other crazy?" (Tip of the nib to Dirty Old 1970s New York City.)

Daniel Hubard's "Ikea" (in the style of Alfonso Cuarón "Gravity.")