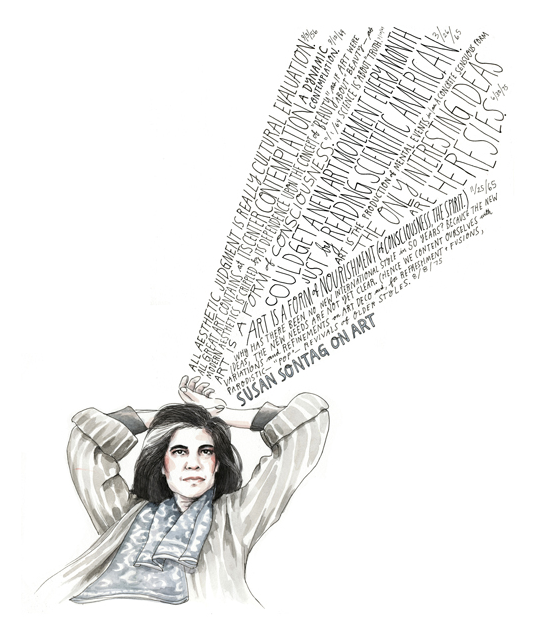 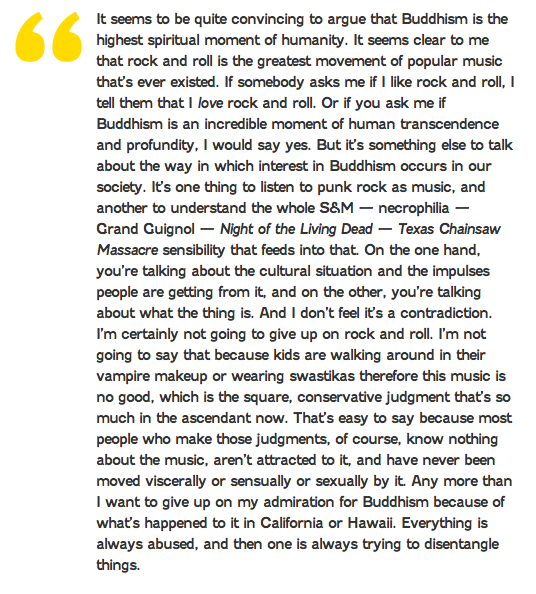 "Blood Brothers" review. By Christopher Campbell. For Nonfics, the RogerEbert.com contributor assesses Steve Hoover's documentary about Rocky Braat, a young American caring for Indian orphans with HIV and AIDS. Campbell wonders if it was ethical to omit the fact that the film's hero was in India to convert those same kids to Christianity.  Related: Tom Roston of Doc Soup; Sam Adams of CriticWire; also for CriticWire, Alyssa Wilkinson on "Why Christian artists don't want to be 'Christian artists'." And finally, Hoover responds.
Advertisement

"Is the documentary secretly Christian propaganda? Is it deceitful for not acknowledging Braat’s true agenda in India? I don’t think I’d go as far to say yes to either of these questions. Hoover simply has made a film about what he saw, from his perspective, and the religious stuff might not have seemed a big deal to address if it was all just natural to him, as a Christian himself. There is, however, the matter that while the film itself doesn’t promote any link to a charity or 'how you can help,' its website does. Plus all proceeds from the film are apparently going to the orphans and to AIDS/HIV initiatives. That should be fine. There’s no reason to assume all Christian missionaries to be bad (even if you recently saw the doc God Loves Uganda) or that the money spent on a ticket is necessarily going to the goal of converting the kids, but it is probably something that some interested viewers might like to be aware of." 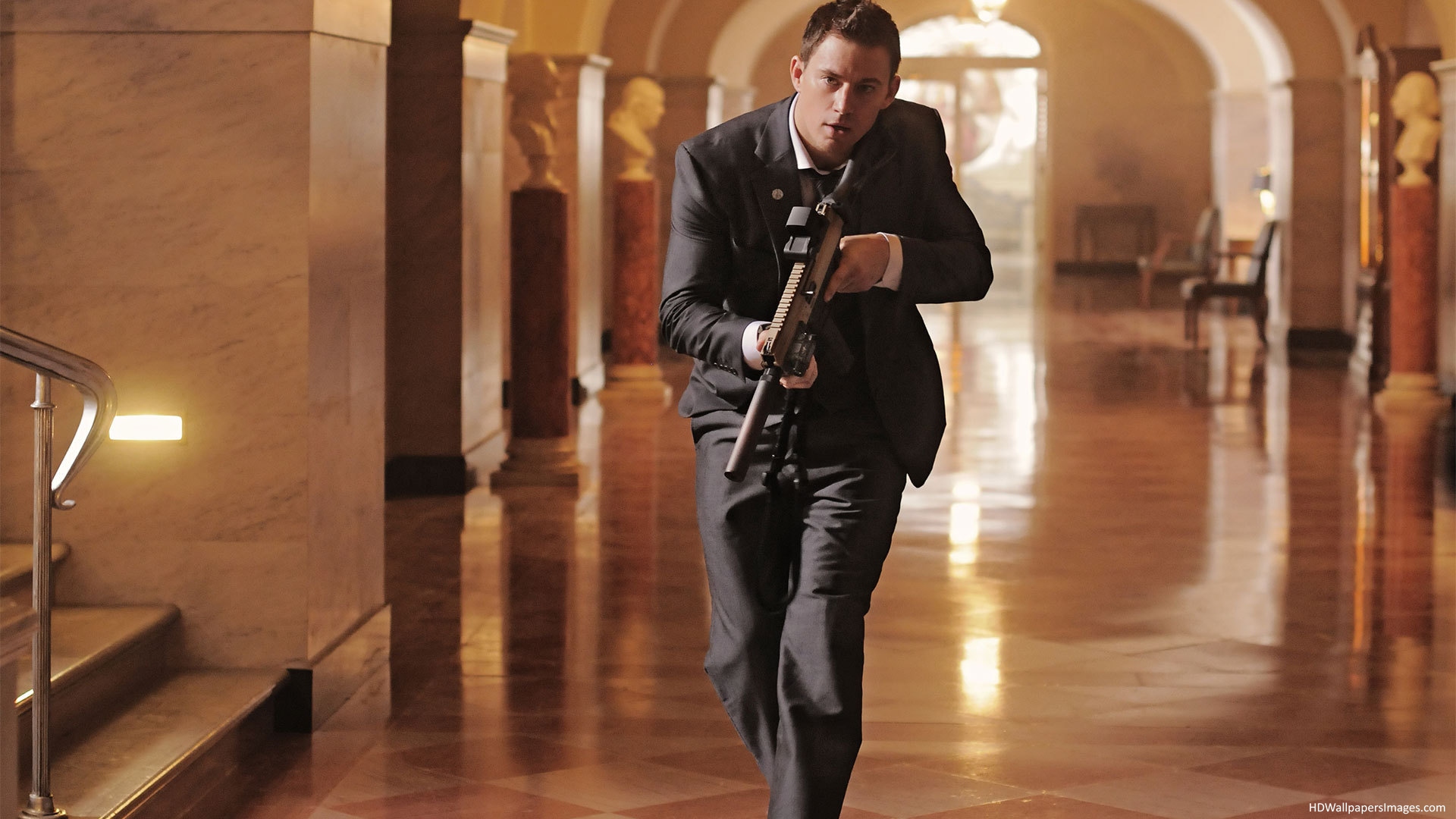 "In all, the researchers examined 945 movies, counting the appearances of overall violence in each five-minute segment of a sampling of films that ranked among the top 30 at the domestic box office from 1950 to 2012.   [...] Speaking by telephone last week, [Daniel] Romer, one of the authors, acknowledged that the study, by focusing only on the top-selling movies each year, said as much about audience behavior as about the level of violence in Hollywood’s output. 'Violence sells,' he said. 'We recognize that, and the movie industry realizes it.' Mr. Romer said he believed that movie studios were 'taking films that have a lot of violence and putting them into the PG-13 category.'” 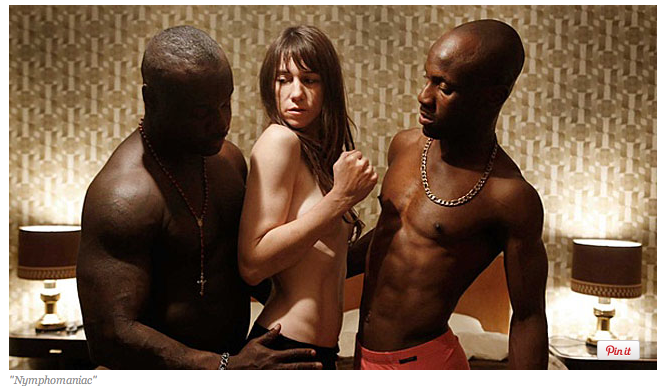 "Lars Von Trier Gives Up Final Cut on Sex Epic 'Nymphomaniac.'" For the first time in his career, the controversy-courting Danish filmmaker has given up final cut on a movie, a five-and-a-half-hour erotic drama. The cuts are being made for purely commercial reasons, apparently — because four hours is the outer limit of length for theatrical features, and if Von Trier release anything longer, distributors would, to quote one his producers, think they'd "bought a pig in a poke." It will be up to exhibitors and censor boards in individual nations to determine how much of the film's sex can be shown.
Advertisement

"The Danish version will go out with all the explicit sex intact and in focus." 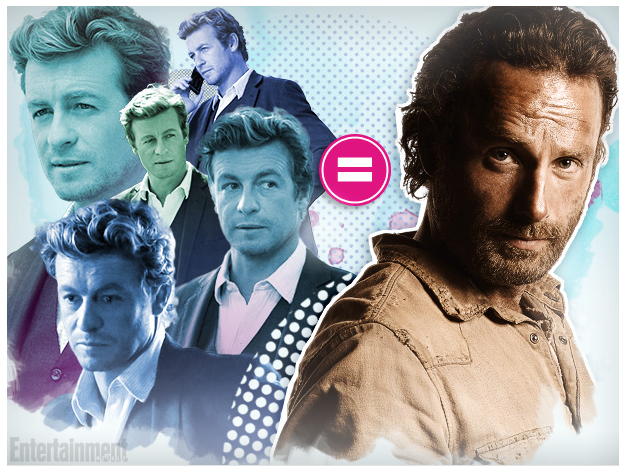 "'The Walking Dead': How to Comprehend Its Massive Ratings." At Entertainment Weekly, James Hibberd crunches the numbers.

"• You know ABC’s Scandal (4.8)? One of the biggest hits on TV, right? Well, The Walking Dead doubles its rating.

• In fact, The Walking Dead is about equal to almost five episodes of CBS’ The Mentalist (2.3). 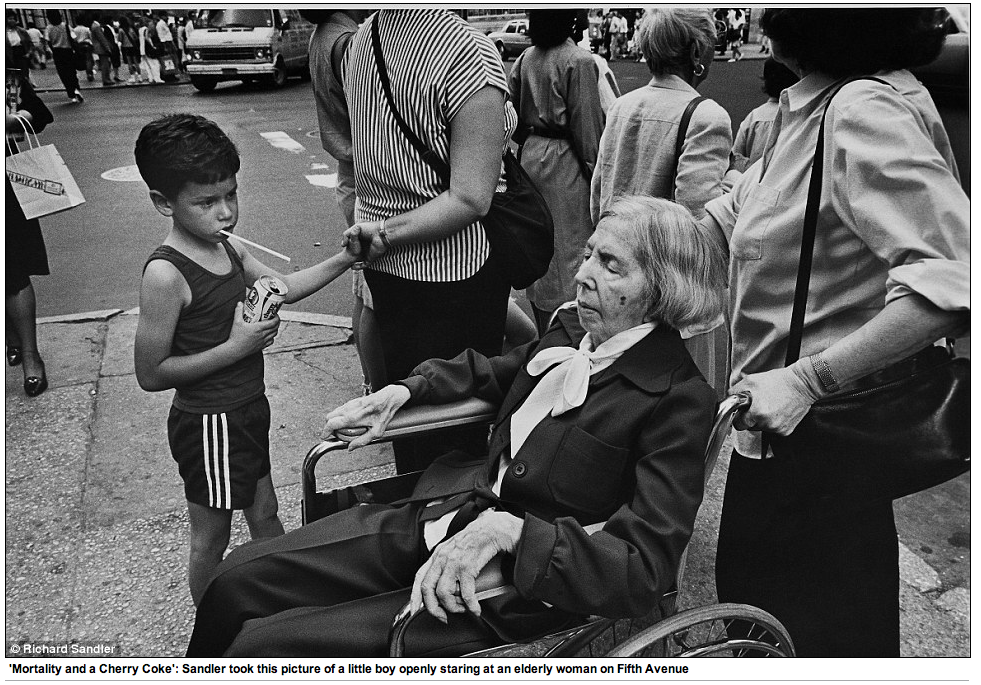 The U.K.'s Daily Mail spotlights 1980s photos of a grubbier New York City, by Richard Sandler. Above: "Mortality and a Cherry Coke." At the top of this page: 1983 Sandler image of a subway rider.

"The Pale Blue Dot" continues filmmaker Reid Gower's "The Sagan Series," which marries new clips to Carl Sagan's narration from his PBS series "Cosmos." This is a marvelous reminder of what a great writer Sagan was, and what a uniquely compelling presence he was as a voice-over artist.