"My Stepfather, The Peeping Tom": BuzzFeed's Michelle Tea writes a courageous essay about facing the trauma of her stepfather's sexual abuse and figuring out how to maintain a relationship with him.

“It’s controversial to call what happened between my stepfather and me ‘sexual abuse;’ at least in my family it has been. His crime was peeping. He took advantage of the gaping keyholes in doors of our aged New England home; he availed himself of the chips in the doorjambs that created a tiny space for an eye to peek through. He improved upon the house’s ramshackle nicks and dents, digging his own tunnels into the bathroom door, into the walls of my bedroom. How do I know this? Careful investigation. Before the investigation were the years of creeping suspicion, a hunch that something really terribly wrong was happening in my house, a hunch I fought. Sitting on the toilet in the cramped bathroom I would hear the creaking of floorboards right there. Flinging myself up from the bowl, I would find my stepfather on the other side of the door, fussing with the cable box on the nearby TV. But why? We had a remote control. Well, I’m sure there was a reason. All those other many times I heard the unmistakable noise of a weight just outside the bathroom door. It’s the cat, it’s the cat, it’s the cat, I’d tell myself as I lingered on the john, a copy of TV Guide on my lap. In my home we called the bathroom ‘the library’ because people were prone to locking themselves in with a copy of the National Enquirer. It was hard to focus on reading with the creaking, with the war erupting in my teenaged brain: This is happening/No it’s not/It is/It’s not, it’s not, it’s not, and you’re a pervert for even imagining such a thing. I was about 16.” 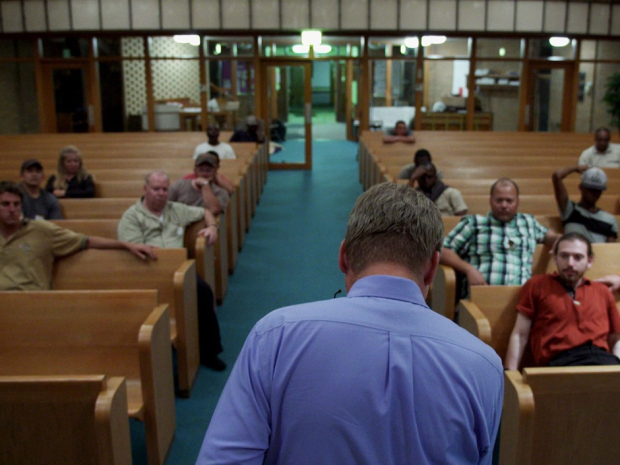 "'The Overnighters' is a great documentary—but it may be the genre's last great experiment": A provocative article from Manori Ravindran at National Post.

“It’s the kind of vérité-style film that’s only possible when a director makes the time to stick around. But if you ask Moss, he’ll tell you he's still recovering from the financial and emotional sacrifice of finishing it, and that ‘it’s hard to imagine making another film like this anytime soon.’ ‘I’m a filmmaker who’s made work before and—I think—good work that’s been distributed, and yet I still couldn’t find support for this film,’ he says, adding that he received a $15,000 grant, but only halfway into filming. ‘Partly, it’s just a cinema-vérité film and I simply couldn’t tell people where this story would end.’ The art of staying put, as it turns out, is a luxury, and one few documentarians can afford; unless they’re, say, vérité master Frederick Wiseman, whose hours-long observational films on social institutions have had PBS’s financial backing for decades, or director Laura Poitras, a recipient of a no-strings-attached MacArthur ‘genius’ grant of $500,000, who maintained a years-long relationship with whistleblower Edward Snowden for her documentary ‘Citizenfour.’” 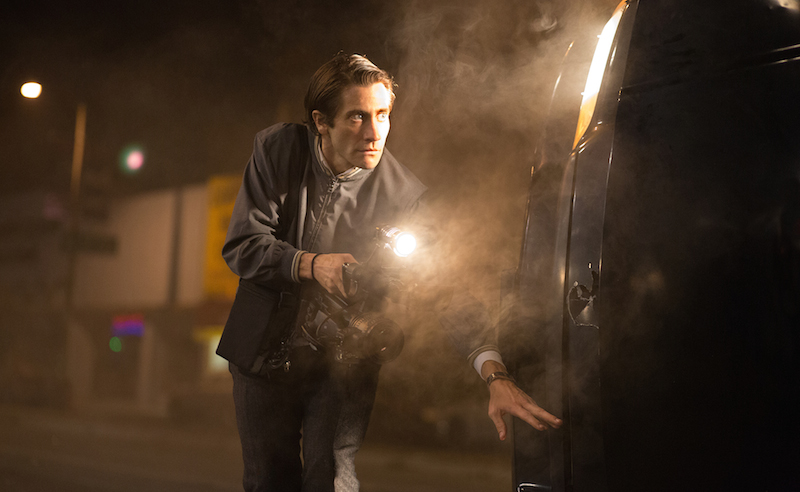 "'Nightcrawler' For You: How to Succeed at Capitalism Without Really Trying": Movie Mezzanine's Tina Hassannia pens a superb analysis of Dan Gilroy's much talked about drama.

“‘Nightcrawler’ is not actually about ethics in news journalism. It’s about the ethics of American capitalism. It’s about the rhetoric of business psychology seeping into a Machiavellian mind and secretly corrupting both the real-life and mediated realities of Los Angeles. For this reason, ‘Nightcrawler’ should be compared to stories that detail the psychology of opportunism and sales, like ‘The Wolf of Wall Street,’ ‘Barcelona,’ and ‘Glengarry Glen Ross.’ If we want to delve into broader psychological territory, Louis’s sociopathic behaviour is more aligned with films like ‘The King of Comedy’ and ‘Taxi Driver.’ ‘Nightcrawler’ is even reminiscent of the reality television satire show ‘Nathan For You.’ If Nathan Fielder had an evil twin brother who was actually talented in the art of business—preternaturally gifted at it—that man would be Louis Bloom. Both are awkward, unkempt individuals who dress like Mormons. Both attempt to implement business-school principles. Both use wishy-washy business jargon to persuade others to do what they want (throwing in words like ‘leverage’ and ‘career goals’ to seem more intelligent than they actually are). But only one of them is actually good at business. Sadly, that person is the evil, corrupt brother instead of the well-meaning, endearing brother. That fact shouldn’t be surprising given how pop culture tends to represent corporate success.”

"Grace McPhillips on 'The Other One'": At Indie-Outlook, I chat with the actress and filmmaker about her new feature, screening November 19th at the Beloit International Film Festival.

“When you become an actor, the first thing agents say to you is, ‘Don’t talk to other actors about your contract, because you’re working in the non-union world here.’ There are no standard contracts. On a union set, you know that everybody is making scale. Amy is making twice scale and she can, and it’s okay. Everybody’s fine with that. You know everybody is making a decent wage, but in the non-union world, that’s not true. Obviously when I came to Chicago straight out of college, I wasn’t in the union and nobody told me very much about it but you aspire to it, you know that you’re going to get there. In the meantime, you’ve got to figure it out. I was doing a spot at a big hospital in DuPage, and the producer asked me if I could pick up another actress on the way there. It was a super-early call time, and I grabbed her at five in the morning. She gets in my car and laments, ‘Oh my gosh, the things we do for $250.’ And I was making $850 that day. That’s when I realized that we, as actors, need to get our s—t together and talk with each other and guide each other. Honestly, in some ways, it’s us against the world. Everybody can make money off of us and if we aren’t protective of that, we won’t be making any money at all. The producer is going to make a deal with the agent and the agent is going to pay you directly. You have no idea what the negotiated rate was for. They’re going to tell you one rate, and then they’re going to take 20 percent out of it, and then maybe another 20 percent.” 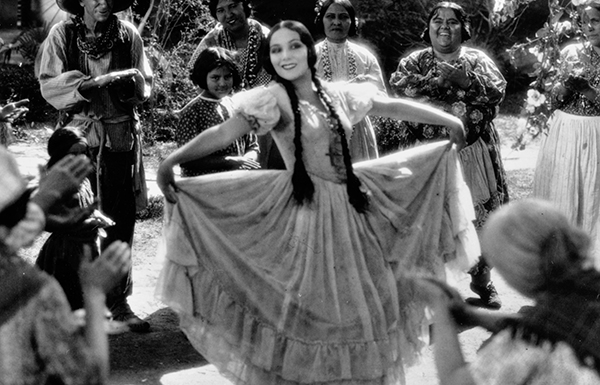 “The recently restored 1928 version of ‘Ramona’ had its world premiere on March 29 in Los Angeles. Based on a weepy, once-popular novel by Helen Hunt Jackson, ‘Ramona’ tells the story of a mixed-race (Scottish and American Indian) girl who is raised by a Mexican family and suffers racial discrimination. The 1928 film version features internationally acclaimed Mexican actress Dolores Del Rio in the title role and non-Native actor Warner Baxter as her ill-fated Indian husband Alessandro. The lead actors may not have been racially authentic, but the man in the director's chair was certainly well suited to the material: Edwin Carewe, a Chickasaw filmmaker who directed dozens of films in the silent era. ‘Most people don’t realize that Edwin was an American Indian,’ says Diane Allen, granddaughter of Carewe. Allen’s grandmother was actress Mary Aiken, who had married Carewe twice, in 1925 and 1929. ‘Even though he didn’t make films portraying Indians, he chose movies and cast roles that promoted the underdog, especially the female character,’ Allen adds.” 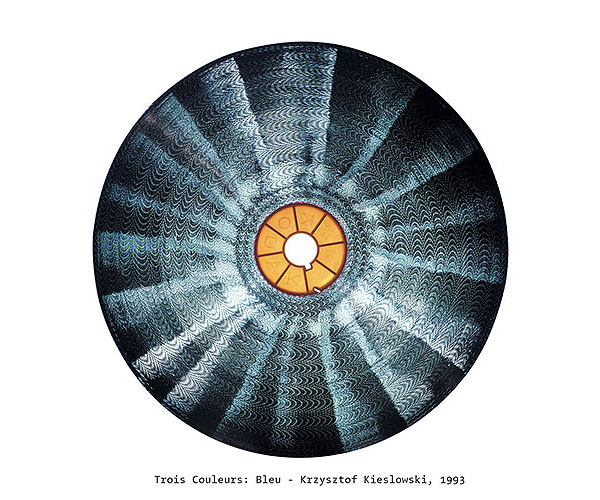 In the words of photographer Reiner Riedler, "I got access to the film archive and museum ‘The Deutsche Kinemathek’ in Berlin through my friend Volkmar Ernst, who works there as a technician. I drew up a list of well-known films and those with unusual titles. I set up a little photostudio inside the cinema of the archive and backlit the film rolls by installing film lights behind the objects, lighting each roll in the same way for continuity. The result was a collection of images of a few hundred film rolls. Through the act of collecting and selecting the film rolls I noticed analogies between the colour and the shape of the rolls, and the content of the movies." Click here to view his photo series, "The Unseen Seen."