“Since I saw ‘Dear White People,’ I've thought about what happens next for each character. The university looks like it's about to enter into an unholy alliance with reality TV, thereby finding another way to exploit the youth of all races. But what about the main characters? What happens after college? How did it shape them? What are their futures? How will they differ from what happened to me a generation ago? You expand that and ask what the futures are for some of our newest directors (note I left out the Black part, because these are directors who just happen to be Black). I had the privilege of sitting on a festival panel last year in Poland with Ava DuVernay, and I'm excited to see her latest, ‘Selma.’ Coogler is rumored to be helming the Apollo Creed movie, which means I'll get to do the Clubber Lang one! It took Simien seven years to get his vision on the screen, but I don't think he'll have the Kubrickian or Malickean luxury of spacing his movies out that far. There's also that sophomore jinx thingee the ar-teests and critics always fear. The other thing ‘Dear White People’ made me consider: How differently I see race and racism than these millenials do. There's a show on TV now called ‘Black-ish,’ where Anthony Anderson plays a Dad whose views on race seem outdated to his son. I've found myself agreeing with Anderson's viewpoint, which the show kind of negates every week. Now I know how the folks who liked Archie Bunker felt!” 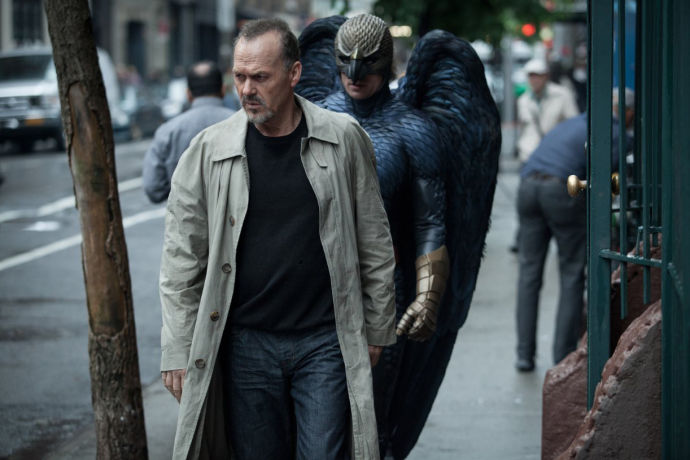 “In ‘Birdman,’ the long take converts cinema to theatre—and back. It’s the story of a movie actor who renews both his art and his career by means of serious theatre. Iñárritu stages the action, onstage and off, like theatre; the camera is almost always in motion, and it follows the actors and their perfectly timed comings and goings and performances, which, as onstage, demand continuity of action and characterization. In lending movie acting the technical difficulty of stage performance, Iñarritu reinforces the theme of ‘Birdman’—the higher artistic dignity of acting in the theatre. What the cinema brings to the story is the idea of wondrous gimmickry—that of the continuous image itself, along with the element of fantasy, as the erstwhile Birdman seems to float in the air, to enjoy telekinetic power (and he does enjoy it), to fly through the streets like Birdman appeared to do onscreen. The movie is certainly a tour de force of planning and coördination, a sort of backstage theatre (behind the behind-the-scenes story of Riggan’s play) that would itself make for worthwhile viewing—it would even be of greater interest than the dramatic result.” 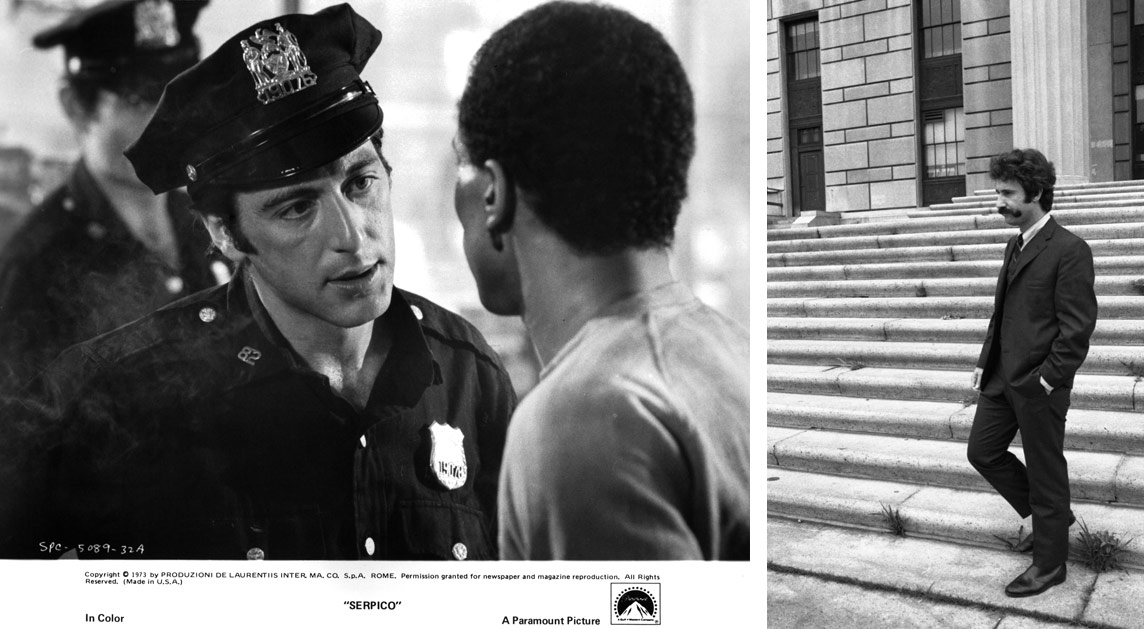 "The Police Are Still Out of Control": Frank Serpico, memorably portrayed by Al Pacino in 1973's "Serpico," takes on the NYPD of today in Politico.

“Forty-odd years on, my story probably seems like ancient history to most people, layered over with Hollywood legend. For me it’s not, since at the age of 78 I’m still deaf in one ear and I walk with a limp and I carry fragments of the bullet near my brain. I am also, all these years later, still persona non grata in the NYPD. Never mind that, thanks to Sidney Lumet’s direction and Al Pacino’s brilliant acting, ‘Serpico’ ranks No. 40 on the American Film Institute’s list of all-time movie heroes, or that as I travel around the country and the world, police officers often tell me they were inspired to join the force after seeing the movie at an early age. In the NYPD that means little next to my 40-year-old heresy, as they see it. I still get hate mail from active and retired police officers. A couple of years ago after the death of David Durk — the police officer who was one of my few allies inside the department in my efforts to expose graft —  the Internet message board ‘NYPD Rant’ featured some choice messages directed at me. ‘Join your mentor, Rat scum!’ said one. An ex-con recently related to me that a precinct captain had once said to him, ‘If it wasn’t for that fuckin’ Serpico, I coulda been a millionaire today.’ My informer went on to say, ‘Frank, you don’t seem to understand, they had a well-oiled money making machine going and you came along and threw a handful of sand in the gears.’” 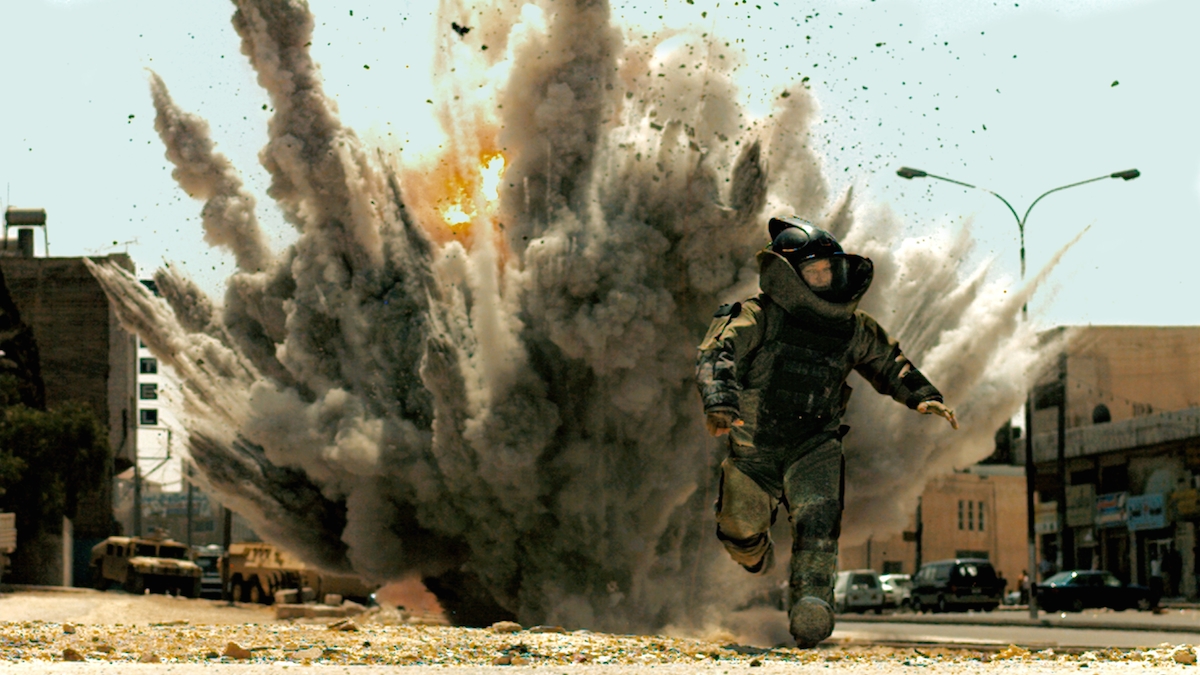 "Michael Sragow: My life as a critic": At the Orange County Register, Sragow discusses the various films that have influenced and inspired him over the years.

“One of my new movie-fan colleagues at the Register suggested that readers would want to know whether I'm ‘a Jerry Bruckheimer action-and-explosion kind of guy’ or whether I'm more ‘art house – more of an 'Amour' kind of guy.’ Well, my favorite film last year couldn't have had more action and explosions or been more mainstream: It was James Bond Redux, ‘Skyfall.’ I was shocked when it didn't get a best picture nomination. Even so, my favorite films the year before were two ‘art house’ hits, the Iranian film ‘A Separation’ and the Israeli film ‘Footnote.’ And the recent movie I thought critics underrated was Joe Wright's audacious adaptation of ‘Anna Karenina.’ I take each movie as it comes, whether it's a work of art or a fun piece of artless entertainment. I hope it will spark my imagination, but I'm always eager to explore the ways it connects or fails to connect with audiences. One reason I love movie criticism is that it's a constant test of writing: Trying to convey the essence of a film stretches a reviewer's capacity for lucid, engaging expression.” 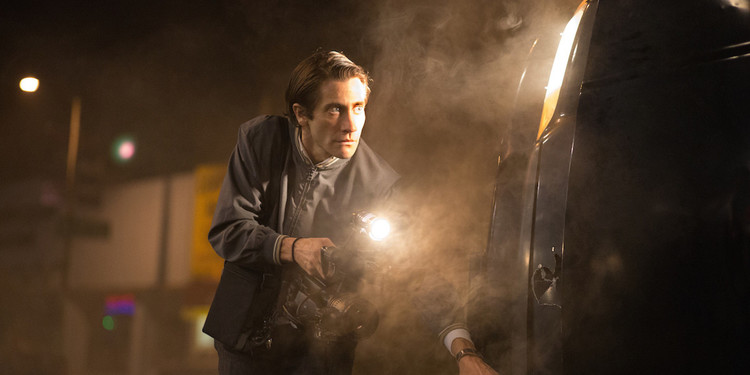 “Writer-director Dan Gilroy’s ‘Nightcrawler’ (opening October 31st) is a seedy tabloid thriller that could easily have played the mid-’80s late night cable circuit. It has plenty of throwback qualities, my favorite being a gruff-and-tumble Bill Paxton supporting performance that seems like a lost relic from the ‘Near Dark’ era. Yet there’s something ephemerally ‘now’ about the film, a hazy quality—not quite serious, not quite satire—that cuts marrow-deep. Key to its success is Jake Gyllenhaal’s bug-eyed, weasel-haired portrayal of protagonist Louis Bloom. He’s a petty thief and career sociopath who, after chancing upon an accident on a Los Angeles freeway, realizes there’s money to be made selling gory footage of car crashes, home invasions, and other tragedies to ratings-hungry networks. The further he works his way up this underworld ladder, the more murderously manipulative he becomes to get the story he wants. Burlesques of our 24-hour news cycle are a dime a dozen, but Gilroy isn’t being a Paddy Chayefsky-like scold. He’s simply out to make a crackerjack genre piece in which the mockery emerges naturally from the smoggy, morally shallow environs.”

At The Land of 10,000 Things, Charles Soule eulogizes the She-Hulk series published by Marvel Comics.

Don DeLillo, author of the 1986 masterpiece, "White Noise," reviews Track 3 from Taylor Swift's new album, "1989," an eight-second track consisting solely of white noise that inexplicably topped the charts, for The Atlantic (thanks to Megan Garber for the priceless post).