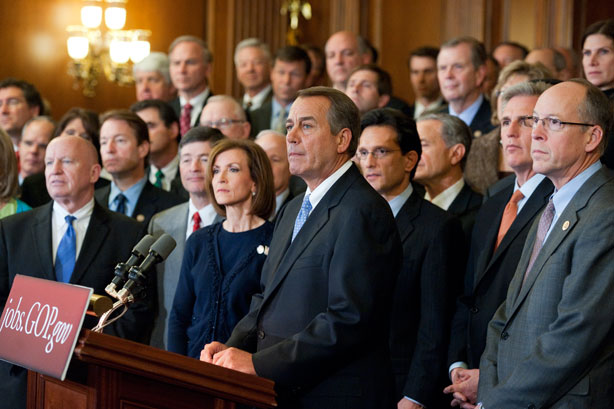 "The Reign of Morons Is Here." Esquire's Charles P. Pierce says only the naive could have been truly surprised by the government shutdown. See also: Brian Knowlton's "FAQ About the Battle in Congress on Spending and Debt" for The New York Times. Related: The Atlantic's Jordan Weissman on "The Saddest Paragraph You'll Read About the Government Shutdown Today."

"We did this. We looked at our great legacy of self-government and we handed ourselves over to the reign of morons. This is what they came to Washington to do -- to break the government of the United States. It doesn't matter any more whether they're doing it out of pure crackpot ideology, or at the behest of the various sugar daddies that back their campaigns, or at the instigation of their party's mouthbreathing base. It may be any one of those reasons. It may be all of them. The government of the United States, in the first three words of its founding charter, belongs to all of us, and these people have broken it deliberately. The true hell of it, though, is that you could see this coming down through the years, all the way from Ronald Reagan's First Inaugural Address in which government 'was' the problem, through Bill Clinton's ameliorative nonsense about the era of big government being 'over,' through the attempts to make a charlatan like Newt Gingrich into a scholar and an ambitious hack like Paul Ryan into a budget genius, and through all the endless attempts to find 'common ground' and a 'Third Way.' Ultimately, as we all wrapped ourselves in good intentions, a prion disease was eating away at the country's higher functions. One of the ways you can acquire a prion disease is to eat right out of its skull the brains of an infected monkey. We are now seeing the country reeling and jabbering from the effects of the prion disease, but it was during the time of Reagan that the country ate the monkey brains." 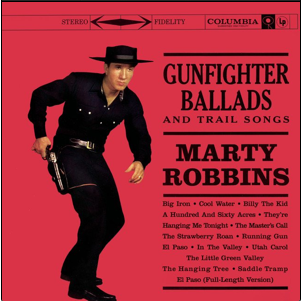 "Going back to the beginning – the title of the final episode was Felina. Felina is the muse in El Paso; the narrator is drawn to her back in El Paso, and she is ultimately the cause of his death. Felina represents Heisenberg, and Heisenberg represents what we refer to as evil. Call it the devil, call it the Id; it’s something dark and gets Walt into trouble. In the final episode, Walt returns to Albuquerque and settles some scores. But what drove the whole episode was his final embrace of Heisenberg. Heisenberg has been his mistress, his muse, and now he realizes that he did it not for the family but for himself. Now he can go back for his Felina and embrace Heisenberg. The show centered on his affair with Heisenberg. It took his wife, kids…everything Walt had. What makes Heisenberg different is that it’s not a person, it’s a part of Walt himself. The last episode has Walt letting himself fall for Heisenberg once again, except this time he’s not resisting at all. Every action Walt took was done intentionally – he was on a mission. Serene and at peace with his acceptance of Heisenberg. Sometimes, it takes years." 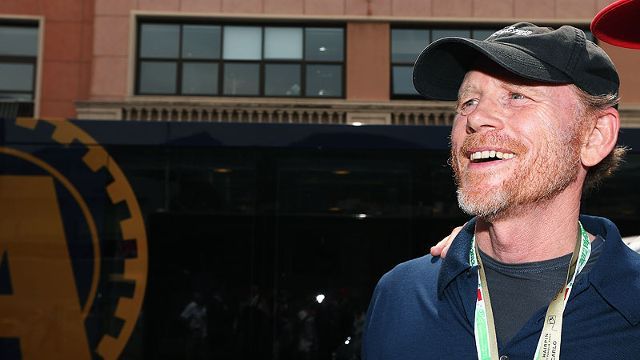 "Reconsidering Ron Howard." For Grantland, Tom Carson wonders if the ginger-haired "Happy Days" actor is actually a good director, then damns him with (fantastically) faint praise.

"High on Rush though I was, I hadn't come out of the screening wanting to punch out a mirror because of how I'd underrated Howard all these years. Nor was I panting to plow back through his mostly bland filmography in search of all the revelatory stuff I'd missed the first time around. For the record, there are also titles of his I've never seen at all — never did get around to 1992’s Far and Away, for instance, among others. So feel free to take my generalizations with a king-size bag of salt. As potentially beneficial as it is to be obliged to think harder about Ron Fucking Howard than the likes of me usually do — and even granting up front that he deserves it — I'm pretty sure Rush is a fluke, not a game-changer. Most of its virtues aren't noticeably at odds with those of a lot of Ron Howard movies I've watched with no pain but no excitement either. That is, it's proficient, alert to the particular values and crowd-pleasing highlights of the story at hand, and always ready to showcase what a well-chosen cast can do. His combined generosity and intelligence in handling actors is one virtue of his that genuinely is underrated, I suspect. Usually reliable, never immodest, his level of craftsmanship undoubtedly deserves more praise — or notice, at least — than it has gotten. But that's about as far as my revisionism goes, even though I solemnly vow never to call him Opie again." 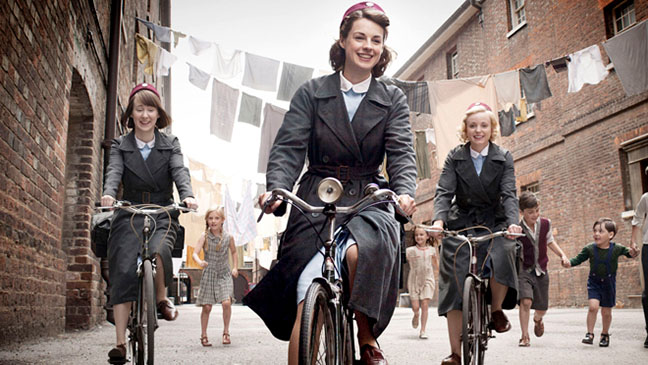 "'Call the Midwife' Season 3 To Be Directed Exclusively by Women."  By The Hollywood Reporter's Stuart Kemp.  Neal Street Productions, the company set up by Sam Mendes, Pippa Harris and Caro Newling, said the all-female roster of the BBC drama happened by chance rather than choice. Still: we approve.

"Based on the best-selling memoirs of the late Jennifer Worth, the medical drama details the ups and downs of a group of women who work in the British capital's East End in the 1950s. The third season, by happy accident rather than design, is to be directed by an all-female lineup, with stage and TV director Thea Sharrock (The Hollow Crown: Henry V, stage production Equus) and Juliet May (Miranda, Scott and Bailey, Stella) joining the TV show's production roster for the first time. Returning to shoot episodes will be China Moo-Young and Minkie Spiro."

"Sometimes, It Takes Years." Movie Morlocks' Greg Ferrara says deciding what you really feel about a film can be a lifetime journey.

"It’s almost embarrassing to admit how many movies I’ve turned around on, or how many actors.  It’s such an immense list that I like to keep most of it to myself for fear that people will think I’m too fickle or not discerning enough to figure out what’s good and bad upon first seeing something.  But that’s the important point:  There is no good or bad in the evolution of an education on film, because art tends to change from our perspective as we change.  The film stays the same the whole time.   As a result, I’ve found that most of my views on film in my teens and twenties are miles away from how I feel today.  In my youth, I was especially hard on films that weren’t told in obvious, straightforward ways.   I thought anything not out of the Classic Hollywood Storytelling Playbook was pretentious or trying too hard.  Many foreign films I felt this way about I viewed again, later in life (most in the last five years), on the big screen at the AFI and thought, 'Wow, did I miss the point of this movie!' Other movies occupied the canon and I took great pleasure in showing how much more clever I was than the critical establishment. 'What’s that?  This is one of the greatest movies ever made?  Hardly.  Let me explain to you why.'  Ugh.  Thank God the internet wasn’t around then.  Seriously, thank the heavens!  I don’t have any hard evidence on how stupid I was sitting out there in cyberspace." 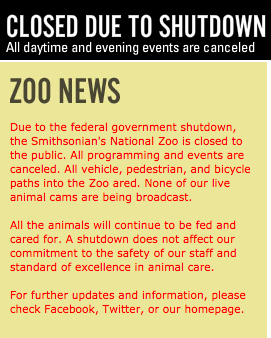 One of the 10 Saddest Government Goodbye notes.