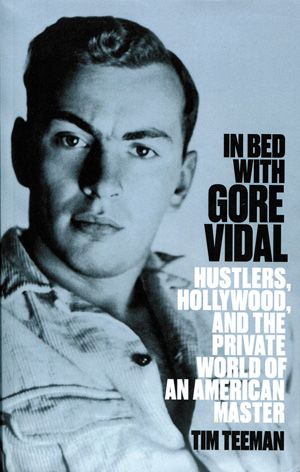 "The Love and Sex Gore Vidal Dared Not Speak." For Gay City News, Doug Ireland reviews Tim Teeman's “In Bed With Gore Vidal: Hustlers, Hollywood, and the Private World of an American Master," a new biography that focuses on the late writer's complicated sexuality. Tres juicy, to say the very least.

"Vidal’s bisexuality was a myth, part of his carefully constructed image as a 'normal' man. When his friend Barbara Howar (a one-time mistress of President Lyndon Johnson, although Teeman doesn’t mention it) kidded Vidal saying, 'I’m going to turn you,' he replied, 'If Joanne Woodward couldn’t do it, no one could.' But Vidal undoubtedly bedded Woodward’s husband, Paul Newman, when they and Vidal shared a Hollywood house together. Vidal was always a bit of a starfucker. As a young screenwriter he successfully pursued Fred Astaire. Some of the most scintillating sexual details about Vidal come from his former trick and pimp Scotty Bowers, author of 'Full Service: My Adventures in Hollywood and the Secret Sex Lives of the Stars,' to whose veracity Vidal himself attested, and who was 90 when Teeman interviewed him. Bowers reveals how he’d fixed Vidal up (at Gore’s request) with Tyrone Power; Vidal returned the favor by allowing Bowers to set them both up in a threesome with Charles Laughton. Vidal fucked Jack Kerouac, Rudolph Nureyev, Rock Hudson, and Brad Davis (star of “Midnight Express”), and had a three-way with Noel Coward and his partner Graham Payn. Vidal always claimed that his relationship with Howard Austen worked because there was 'no sex,' that they were 'just friends.' But Teeman quotes their correspondence, and says, 'The letters are from one boyfriend to another, not two friends.'" 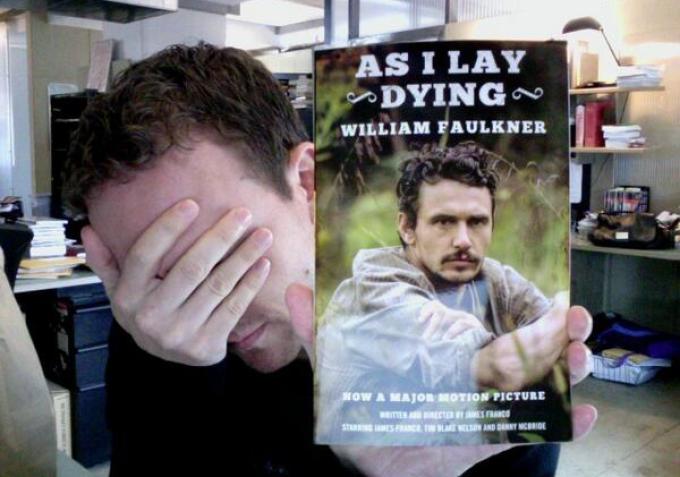 "Why I'm a (James)Franco-phile." For Indiewire, Sam Adams makes a case for the omnipresent, multi-hyphenated, meta-renaissance man.

"There's no set formula for viral success, but one way is to succinctly (and, if possible, humorously) express something people already think. Which is why, when Time Out New York critic Keith Uhlich tweeted a picture of himself holding a copy of William Faulkner's As I Lay Dying emblazoned with Franco's face in one hand and facepalming with the other, the Internet essentially exploded. In one image, Uhlich captured the widespread feeling that Franco -- actor, director, writer, novelist, video artist, graduate student, and full-time player of the character known as James Franco -- had gone too far. 'Enough, James Franco!' the picture said, and many, many people agreed. I, however, am not one of them. I'm not a fan, exactly, as my less-than-glowing review of As I Lay Dying will attest. But like his Spring Breakers director Harmony Korine, who's also been attacked for being a pretentious fraud, Franco is a sincere and committed artist, albeit one whose reach frequently exceeds his grasp. Having interviewed him and watched the last three films he's made -- Interior. Leather Bar., As I Lay Dying and Child of God, as well as Palo Alto, Gia Coppola's adaptation of Franco's short-story collection -- I believe he's sincere, if sometimes immodest, in his goals, and I think the world is a more interesting place with James Franco, Multimedia Spectacular in it." 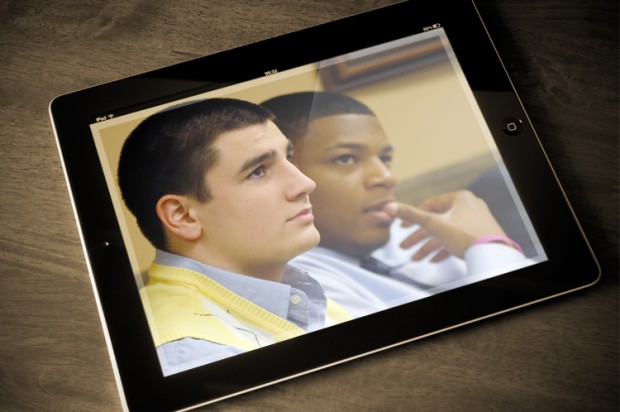 "The Way We Talk About Sexual Assault Is Broken."  For Salon, Roxane Gay declares that rape culture thrives in our national cycle of victim-blaming click and response.

"We have to talk about young women exercising better judgment to reduce their risk because it’s such a seductive fantasy: If we’re good enough girls, maybe we won’t get raped. Slate’s Emily Yoffe offers the latest iteration of this fantasy in a piece that purports to advocate common sense. Young women should avoid binge drinking; they should avoid making themselves unnecessarily vulnerable. Yoffe essentially suggests that an excess of alcohol in a woman’s bloodstream turns otherwise normal men into rapists, so we best avoid that. Yoffe also works through her own anxieties as a parent. She has a daughter heading off to college next year, you see. And of course, there is this incontrovertible evidence: 'I have never been so drunk that I browned out, blacked out, passed out, or puked from alcohol ingestion.' If she can maintain her self-control, so should we all. It’s natural to dismiss Yoffe’s piece and others of its ilk as click bait, but these pieces continue to get published because they satisfy the cultural narrative that victims are ultimately responsible for their own violation. It’s well and good to suggest that predators should avoid predation, that rapists should just stop raping, but no one wants to hear this brand of genuine common sense that places the culpability for sexual violence where it actually belongs. We don’t dare imagine such a perfect world. Instead, we surrender to our cynicism." 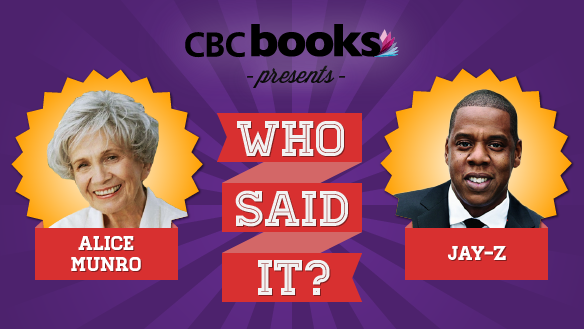 "Who Said It: Alice Munro or Jay-Z?"  Suffice it to say, CBC Radio has created a truly irresistible pop culture quiz. Our Matt Zoller Seitz scored a 50%. What, pray tell, is yours?

"At first glance, Alice Munro and Jay-Z don't have much in common. One grew up in small town Ontario, the other in a housing project in Brooklyn, New York. One is a Nobel Prize-winning author, the other is a successful rap artist and musician. But both transcended their humble beginnings to become astonishing successes and both are master wordsmiths in their respective forms. And both keep claiming they are done with it all, only to keep coming back for more." 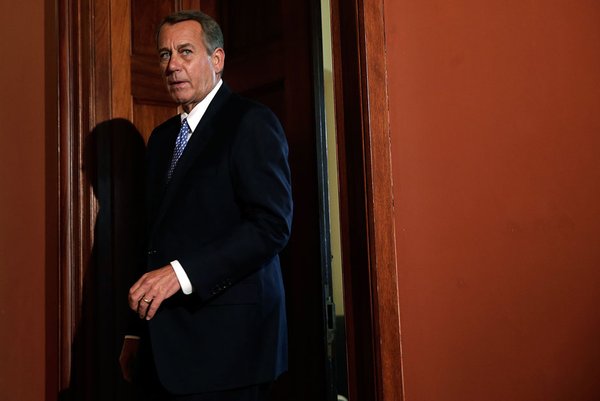 "Back Door Secession." Eleven Colorado counties are trying to secede from their state government. Garry Wills for The New York Review of Books examines the historical precedents of these renegades.

"The people behind these efforts are imitating what the Confederate States did even before they formally seceded in 1861. Already they ran a parallel government, in which the laws of the national government were blatantly disregarded. They denied the right of abolitionists to voice their arguments, killing or riding out of town over three hundred of them in the years before the Civil War. They confiscated or destroyed abolitionist tracts sent to Southern states by United States mail. In the United States Congress, they instituted “gag rules” that automatically tabled (excluded from discussion) anti-slavery petitions, in flagrant abuse of the First Amendment’s right of petition. The Southern states were able to live in such open disregard for national law because of two things. First, the states were disproportionately represented in Congress because they got three extra votes for seats in the House of Representatives for every five slaves owned in the state—giving them 98 seats instead of 73 in 1833, and similar margins up to the war. Second, the national Democratic-Republican Party needed the Southern part of its coalition so badly that it colluded with the Southern states’ violations of the Constitution. In 1835, for instance, President Andrew Jackson did not enforce the sacredness of the US mail, allowing states to refuse delivery of anti-slave mailings unless a recipient revealed his identity, requested delivery, and had his name published for vilification." 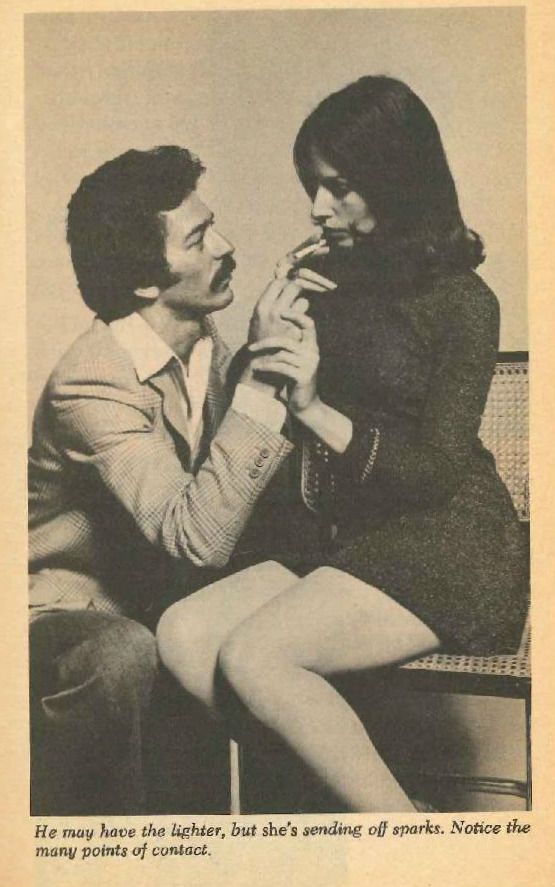 "Alfonso Cuarón and the Cinematic Precipice" by Jorge Gonzalez Diaz.