“Soderbergh shoots with a handheld camera, sometimes while being pushed by grips on a small, wheeled platform that he calls a ‘dolly du derrière.’ This allows him to participate in scenes as an equal with his actors, rather than being ’50 feet away, behind the monitor,’ he says. ‘I like the intimacy of that, and I think the actors like knowing how close I am.’ Watching him direct is akin to witnessing an athletic performance. Soderbergh walks, jogs, runs, sits, lies on the floor, and hangs half off dollies while PAs grip his ankles. ‘When I tell other cameramen what goes on with Steven, they’re flabbergasted,’ says Soderbergh’s longtime second cameraman, Patrick O’Brien, who works on only about 30 percent of ‘The Knick’ — usually when Soderbergh needs him to gather extra close-ups in a scene with a lot of characters, operate a crane that he’s sitting on, or shoot the other side of a two-person conversation. ‘He’s like a dancer,’ says [André] Holland. ‘One time, on the first season, it was bitter winter and we were shooting outside, and he was in this awkward, crouched-down position, holding the camera and moving at the same time, and midway through the take, his knee gave out and he jumped up and winced in pain. You could hear a pin drop, because you know that his physicality is such a huge part of the show.’” 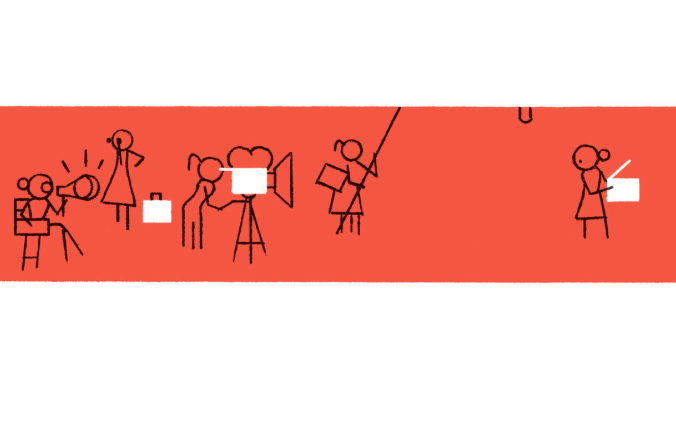 “The government-backed Swedish Film Institute helps fund most of the country’s cinematic output. Between 2000 and 2012, these films were essentially dominated by men, who in a given year typically directed between 70 and 90 percent of all productions. Those statistics began to change quite rapidly after the 2011 appointment of Anna Serner as chief executive of the Institute. She called the gender imbalance in Swedish cinema a ‘catastrophe’ and set an ambitious target that half the films supported by the Institute should be made by women. Last year, the Institute achieved gender parity among directors for the first time and is on track to replicate its success, or come close, in 2015. ‘We succeeded in Sweden because we are the only ones who decided to stop talking and start acting,’ said Ms. Serner, explaining that the policy shift pushed producers to rethink their projects and put forward more female directors. ‘The film business in this country is very dependent on our money,’ she added. ‘They understood that if they wanted it, they would have to find women directors. And so they started finding them.’” 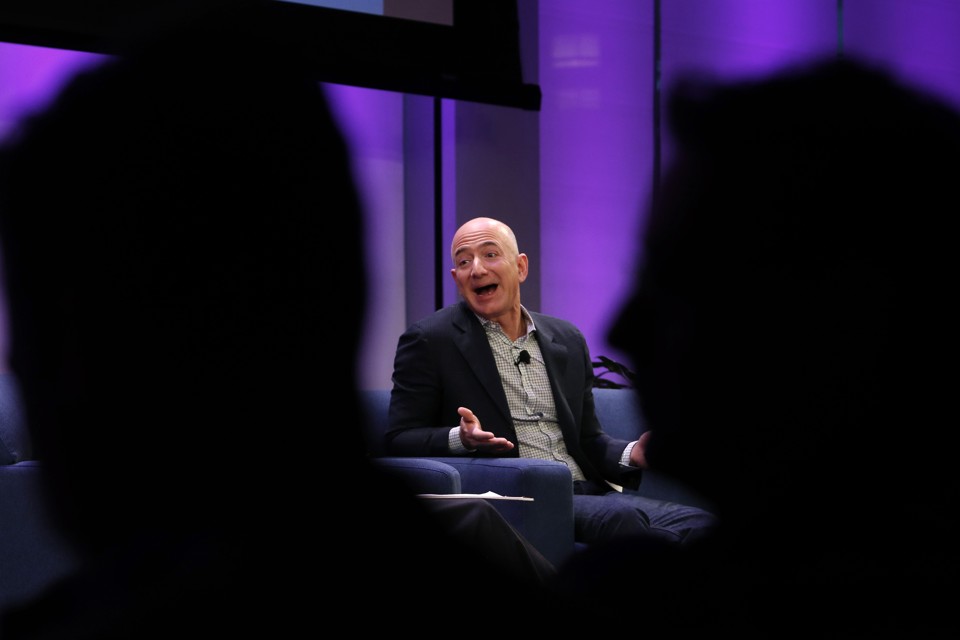 "When Amazon Dies": The Atlantic's Adrienne LaFrance investigates the consequences of the tech giant's potential demise.

“Unless you’ve taken the time to download each title you purchase to stream—Amazon recommends you do this ‘promptly after your purchase’ in its Instant Video Terms of Use, by the way—your access to that film depends on a variety of factors, all of which are outside of your control. Amazon, which didn’t respond to multiple interview requests for this story, doesn’t even have to go out of business for you to lose the film you bought. In order to keep a film in your collection watchable, there’s a constellation of pieces that must be in place: The software that streams the video has to work, the devices you want to use to run that software have to remain compatible with it, and the film itself has to be accessible on that software. None of these things is guaranteed. The films you buy could already, at any time, automatically disappear from your Instant collection. (Again, that's right there in the Amazon service terms.) All this signals a larger cultural shift in the way people think about ownership of media in the 21st century, or how they ought to be thinking of it. Increasingly, the purchase of digital works is treated like the purchase of software, which has gone from something you buy on a disc to something downloadable with an Internet connection. ‘You might think you’re buying Microsoft Office, but according to your user agreement you’re merely leasing it,’ Vaidhyanathan said. ‘You can think of music and video as just another form of software. There is a convergence happening.’” 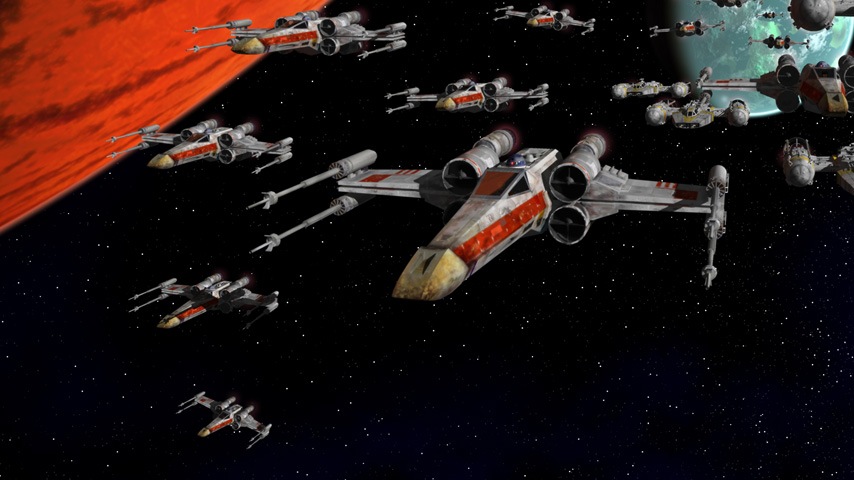 "The fascinating stories of the X-Wing extras who were never stars, but were in 'Star Wars'": CNET's Rich Trenholm interviews "Elstree 1976" director Jon Spira.

“‘How many actors can say they've got their own action figures?’ For the bit-part players, extras and walk-on actors who arrived at North London's Elstree studios in the hot summer of 1976 to film an unheralded sci-fi movie, they never knew they would end up immortalized in plastic and still talking about it 40 years later. ‘Elstree 1976,’ which has its premiere in London today, is a new crowdfunded documentary that explores the fascinating and poignant journeys of the anonymous aliens and ex-X-Wing pilots who were never quite stars—but were in ‘Star Wars.’ We saw the film and caught up with director Jon Spira to talk about his love for crowdfunding, the dark side of conventions and how the real-life Darth Vader went from Dark Lord to black sheep. ‘They're an interesting bunch,’ says director Spira of the actors. In ‘Star Wars: Episode IV - A New Hope,’ released in 1977, they brought to life George Lucas' aliens and creatures who have since taken on a life of their own. The sandtrooper tricked into thinking those weren't the droids he was looking for. Biggs Darklighter, his big scene left on the cutting room floor. The ill-fated Greedo. The rebel who appears in the same scene twice, in two different uniforms. Darth Vader, with a distinct regional accent. And the stormtrooper who got the job because he fitted into someone else's costume, only to become infamous for hitting his head.” 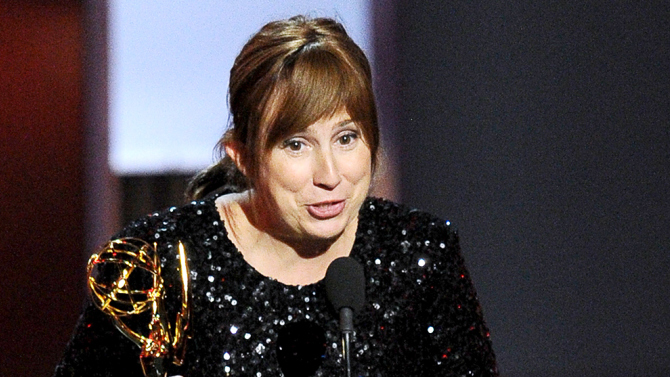 “Why has this discourse become so enlivened as of late, do you think? [Morgan:] ‘I think it’s probably so many things. It’s top-down and bottom-up. I think at its base level, we’ve had a number of women stand up and expose — we had the Sony hack expose the differences in pay. But I think bigger than that has been the digital age and the rise of social media and growing sense of global activism and a growing sense of female inequality across the world. If you Google it you can see a woman being stoned in the Middle East. You can see the aftermath of a woman being gang raped on a bus in India. You can see the abuse of trafficking women into the UK. So we know that those stories exist and I don’t think we can ignore them in the same way. Everyone talks about this magic ’17%’ number in the U.S., where it seems like 17% are women in the board room, 17% are women in the law firms, and so it means that somewhere we’ve plateaued a little bit. So I think now there’s two things going on, which is an acknowledgement of the statistics, the reports that are starting to be done. And then this social media age, which is making the next generation of feminists and feminism re-engage with all the things that my mother was fighting for, my grandmother was fighting for — or not. There have also been women who don’t want to say, ‘Oh, I’m a feminist.’ It’s uncomfortable. But really feminism is just about equality and that’s all. It’s just saying equal rights.’” 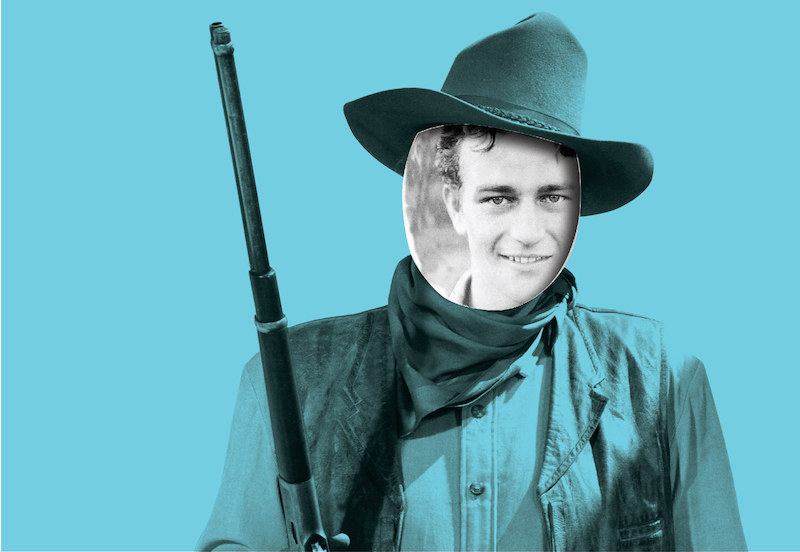 Buzzfeed's Anne Helen Petersen explores how "the resilience" of John Wayne's screen persona, "and the thinly veiled bigotry, xenophobia and sexism that structure it point to the darkness at the heart of the Western myth."