"In their own words, actors on being black and (openly) gay in Hollywood": A terrific series of interviews from Tre'vell Anderson at The Los Angeles Times (below are quotes from director Patrik-Ian Polk).

“On the impact of ‘Noah’s Arc’ and other black gay characters on television: ‘If anyone appreciates your work, it's a good feeling. But in some ways, it makes me sad because the fact that so many people go back to ‘Noah’s Arc,’ it’s evidence of the reality that we’ve had nothing like it since then. We have isolated characters here and there, but they’re not the main focus of anything, whether it's reality TV where they’re the fabulous sidekicks for the Real Housewives of wherever or we’re supporting characters on a scripted TV show… All of the gay characters of color on TV, especially the men, have white partners. People don’t think about these things, but it makes a difference for young black gay people to never see fully rounded versions of themselves on movies or TV. Obviously that's why my work has resonated with so many people.’ On young black talent in Hollywood: ‘Hollywood is doing a really horrible job of cultivating younger black talent. They’re always developing a slew of white actors and actresses that you’ll see in a few months on the cover of Vanity Fair in the new Young Hollywood issue. It’s a shallow pool [of black actors] to begin with then actors always express a fear, a reluctance [of playing gay] because they’ll get stereotyped and they won’t get other roles.’ On openly gay black actors: ‘I enjoy casting gay actors in gay roles. The problem still is we don't have enough out black celebrities, or actors, for that to matter. The handful of ones that are out there don’t want to be associated with it. They’re sort of trying to run from it. It’s unfortunate.’ On diversity on television: ‘The problem is, on the one hand, television has moved to this place of being more diverse, but what that ends up looking like is that you have an ensemble TV show and they’ll make sure there's some diversity. And if you have a black gay character, it’s a twofer. But what ends up happening is you have these diverse characters existing in this world that doesn’t look like them.’” 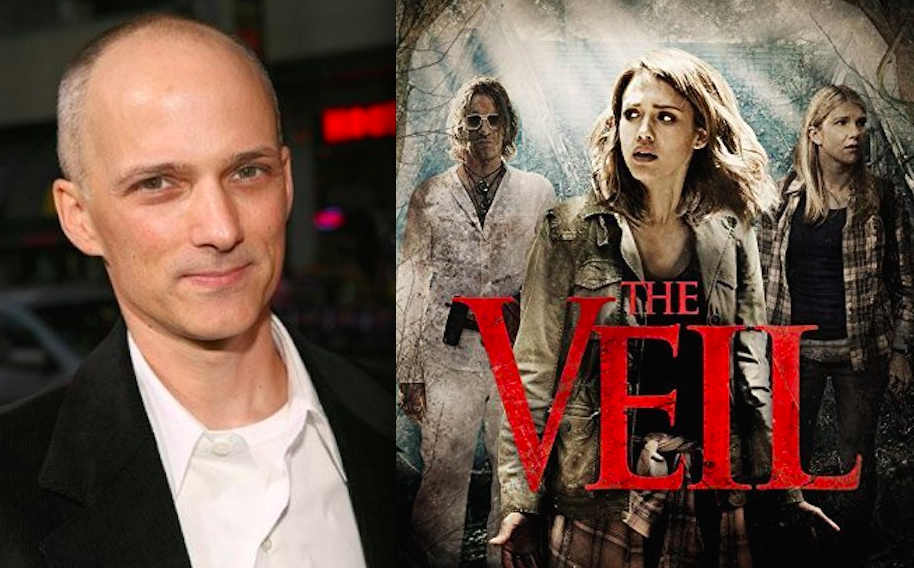 "Phil Joanou on 'The Veil'": At Indie Outlook, I chat with the filmmaker and frequent U2 music video helmer about his new thriller for Blumhouse Productions.

“[Indie Outlook:] ‘What was the experience like of working with Blumhouse Productions, and are there particular films they have released that you’ve enjoyed? (I’m a sucker for the first ‘Paranormal Activity’ myself.)’ [Joanou:] ‘Blumhouse is such an unbelievable set-up. They have the ability to green-light their own movies (under a certain budget level) so you don’t have to go through the ups and downs of ‘will I get to make this movie or not.’ When they say they are going to make a film, they make it. They don’t mess around. And that is unheard of today. Also, when you shoot the movie, they really leave you alone. You have your budget and schedule (4 million and 25 days in my case) and if you stick to that, you have total freedom. Again, unheard of. So it really is an amazing opportunity that they give you. Now, the trick is that they are making something like 20 movies a year. So you really have to stand out when your film is done. For reasons I mentioned above, we didn’t make the ‘theatrical cut,’ but I am not bothered by that at all. I knew it was a long shot. The story is just too odd and the downside of adding 30 million in marketing costs to a 4 million dollar investment is really huge. They are basically guaranteed to make a profit in VOD, so going out theatrically on an original story like ours (sequels are obviously a very different matter) is a big risk and not many films can carry that risk. But in the end, I got to make my movie and they gave me final cut (even though they didn’t have to) and I don’t have any complaints or excuses. It was a great experience.’” 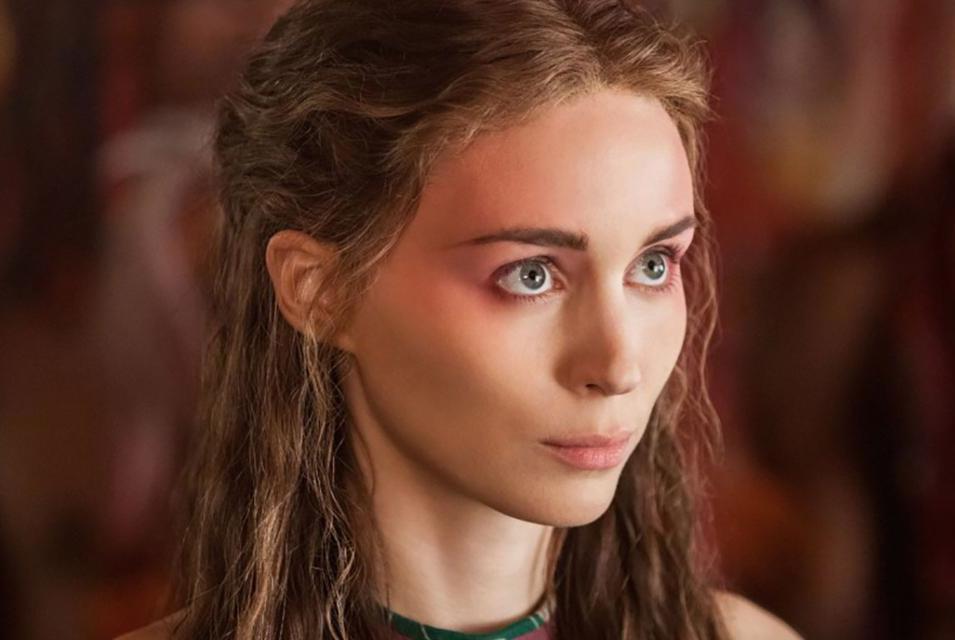 “The list of films in which white actors have played other races includes everything from romantic comedies to action adventures and fantasies to historical epics. Last year Ridley Scott found himself under scrutiny because his picture ‘Exodus: Gods and Kings’ had non-Arab actors playing Egyptian roles. And in 2013 there were complaints over Johnny Depp’s casting as the Native American Tonto in ‘The Lone Ranger.’ Jake Gyllenhaal also found himself in the midst of criticism because as an actor of Swedish and Jewish heritage, he had been cast in the lead in the 2010 film ‘Prince of Persia: The Sands of Time.’ Having white actors play other races, often in a ways that mock, is as old as the film industry itself. African-Americans have long felt the full brunt of the ‘whitewashing’ of roles as have other races, including Asians. ‘It was very hurtful,’ says Guy Aoki. ‘The upshot of that is you are basically telling the audience ‘Don’t take Asian people seriously’.’ He recalls how white actors in ‘yellow-face’ would portray the ominous villain Fu Manchu in the 1930s or how Mickey Rooney played a buffoonish Japanese businessman with fake buck teeth and coke bottle glasses in the 1961 classic ‘Breakfast at Tiffany’s.’ Given that so many groups and individuals find having white actors replace those from different racial groups abhorrent, why does it continue? ‘I guess there’s a certain institutional force and memory that exists out there,’ says Sony's film studio chief Tom Rothman, one of the top players in Hollywood. But he adds, ‘I think the industry’s improving but I certainly agree with those who say we haven’t come far enough fast enough.’” 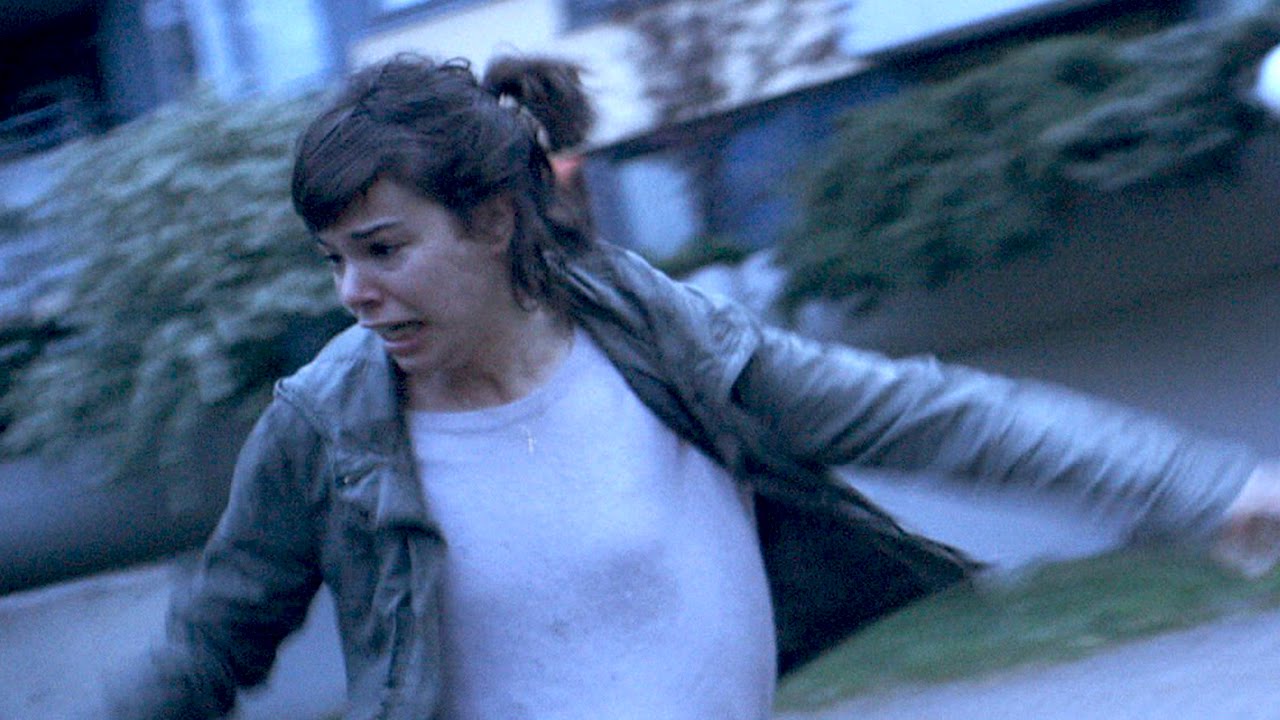 "The 7 Boldest Risks Directors Took in Cinema This Year": Indiewire's Emily Buder compiles a terrific list including the 140-minute single long-take in "Victoria."

“If a life-altering bad decision is the product of many smaller ones, ‘Victoria’ is the riveting journey through that chain of events. Sebastian Schipper shot this adrenaline-fueled experience of a night in Berlin that culminates in a bank robbery in one single 140-minute take. To get investors on board, he promised to deliver a plan B comprised of jump-cut takes, but after three 4:30 a.m. to 7 a.m. one-take shoots, Schipper knew he had the movie. The strong naturalistic performances, particularly from leads Laia Costa and Federick Lau, are even more impressive considering they were working off a twelve-page script; while improvising, they had to remain cognizant of the camera's movements across 22 locations, all the while aware that one lapse in judgment could cost the production an entire night's work. However formidable the technical prowess, it disappears from the conscious experience of watching ‘Victoria’ almost immediately. What remains is what can only be described as the uncanny experience of a bad trip that reveals itself as reality in the light of day. As the decisions fold into each other in real-time, a sense of disturbing fatalism emerges. It's the kind feeling that could only have risen from an immersive, nightmarish 140-minute long-take.” 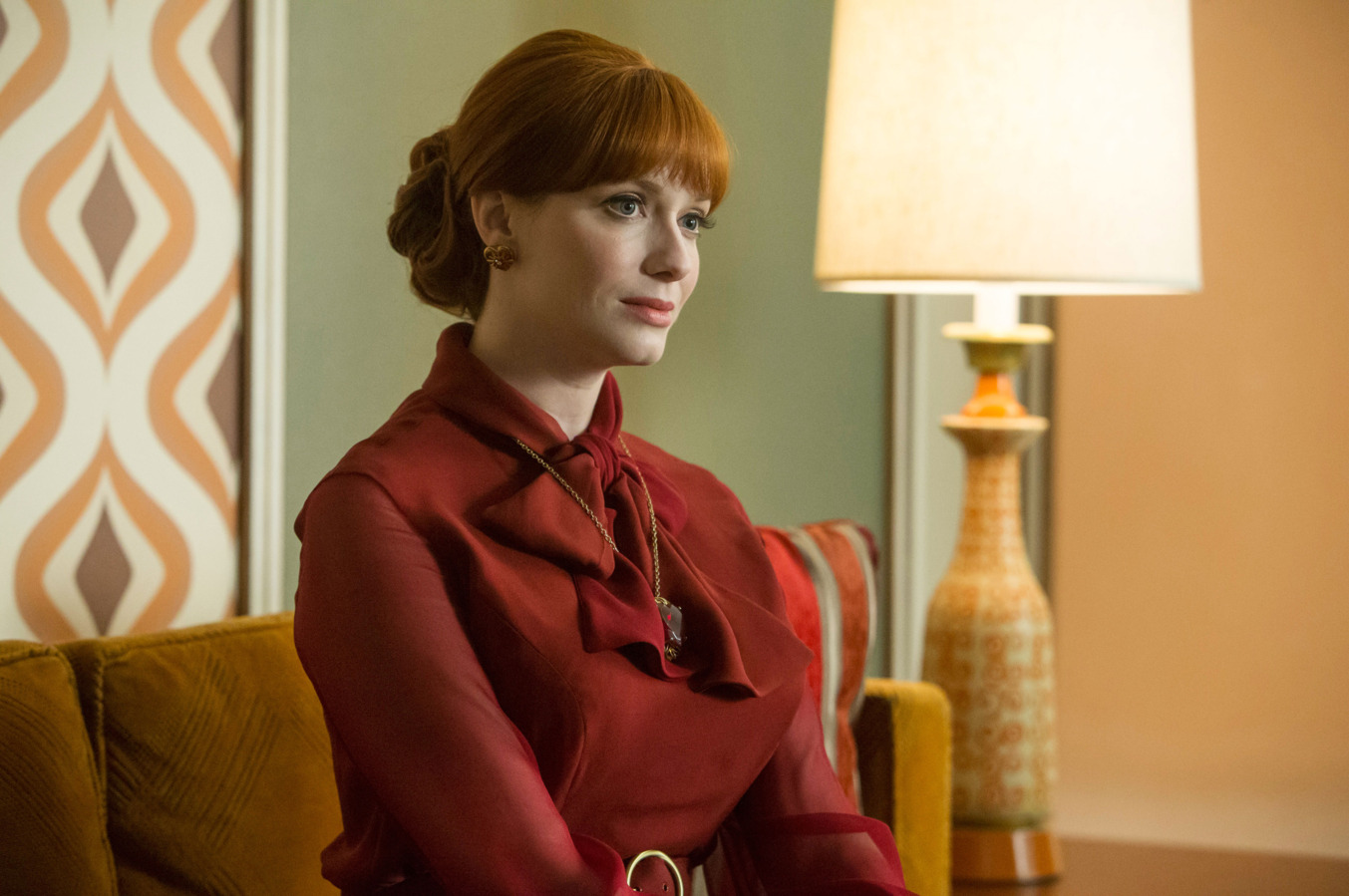 "Here Are All the Ways Abortions on TV Don't Reflect Reality": According to The Cut's Susan Rinkunas.

“[Gretchen] Sisson said TV characters most commonly got abortions for ‘self-focused’ reasons, like a child interfering with work or educational plans, not being mature enough for a baby, or not wanting kids at all. Meanwhile, real women more often cite ‘other-focused’ reasons, like not being able to afford a baby, needing to care for their other children, or it not being the right time to have a baby. Overall, the fictional patterns seem to contribute to the perception that women get abortions based on personal desires rather than economic need. Sisson told NPR that while these portrayals do represent reality for some, she would like to see a wider range of abortion stories on TV that reflect what's happening in the real world. ‘So very few people have a context for the reality of abortion care, so these fictional stories that happen on-screen can have greater power to influence perceptions of what that care looks like in real life,’ she said. In the meantime, the small screen's inclusion of the topic is improving in other ways. In the above study, only 51 percent of TV characters considering an abortion actually went through with it — the last-minute change of heart has been a common trope over the years — but that seems to be changing. The UCSF team did a mini-analysis of 2015 shows and found that 67 percent of the characters mulling the decision eventually chose to terminate their pregnancies, and in three cases, it happened onscreen. Abortion on TV is becoming more and more normalized, but we still have progress to make.” 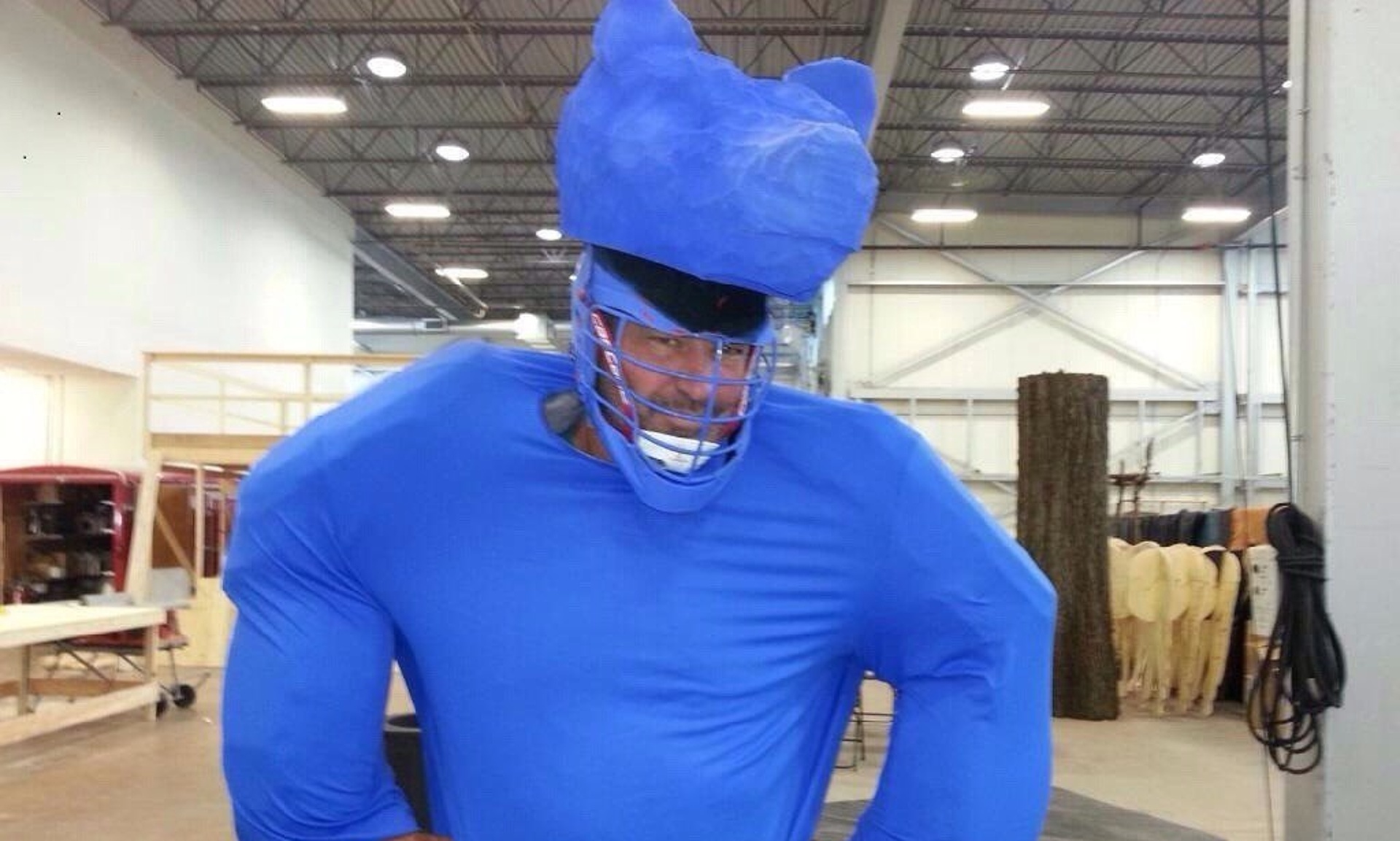 The man behind Leonardo DiCaprio's 'Revenant' bear attack is revealed, courtesy of The Guardian's Benjamin Lee.