Through Us, It’s About Them: “Our Nixon” Director Penny Lane on Viewer Bias 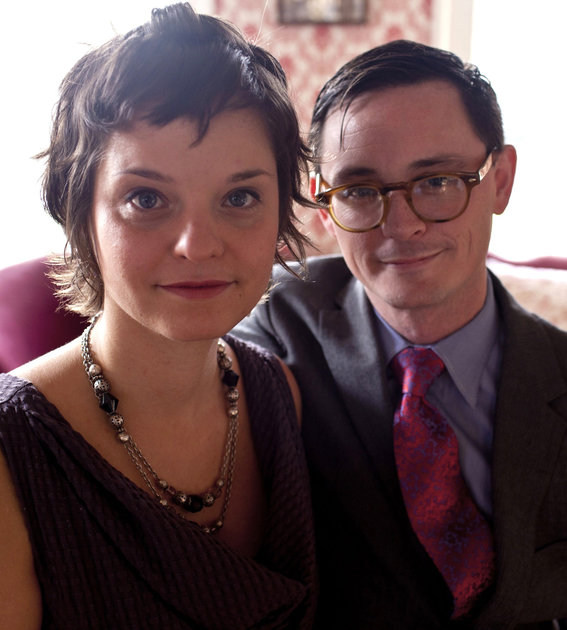 Filmmaker Penny Lane admits she and co-producer Brian L. Frye were "a little naive" going into the making of their documentary "Our Nixon," which recently debuted on CNN and is now opening in theaters this week. "It's practically ancient history at this point," she explained by phone regarding her surprise at the passionate reaction the film has received so far. "We kind of underestimated the extent to which people still have extremely strong emotional responses to the subject matter.
Advertisement

"Our Nixon" presents a view of the Nixon White House by way of previously unseen Super 8 home movies shot by aides H.R. 'Bob' Haldeman, John Ehrlichman and Dwight Chapin, which have been combined with post-Watergate TV interviews and audio recordings from the President's infamous secret Oval Office tapes. The documentary feature is made up entirely of found footage, with no narration nor commentary, and it seems to be a sort of Rorschach test for audiences holding varying perspectives regarding who and what Richard Nixon means to them. And that aspect of the film's reception was anticipated by the director.

"We knew everyone had a story in their head," she told me. "We knew everyone would have a bias, and we were excited about that. The goal for both Brian and I was, regardless of what your bias about Nixon is coming into the film, the film is meant to entertain you and give you some pleasure but also challenge you. You can't be a black and white thinker."

The problem is, some don't even see as much as black and white. Regarding accusations that her film is "extremely one-sided," most notably from former Nixon speechwriter turned celebrity personality Ben Stein, she says that can only come from viewers who are themselves one-sided. "Of all the criticisms of the film you can have, and there are plenty, and I'm happy to hear them, 'one-sided' is the one that is completely wrong," she argues. "It's not one sided."

The proof is in where such criticisms are coming from. It's one thing for Chapin, the only surviving aide among the three, to be skeptical of any film that might be another oversimplification of history or another villainizing caricature of Nixon, Watergate and him and his colleagues. And even having watched the film, he could still be concerned about how it's being seen by others, regardless of his personal opinion of the work.

However, an organization like the Nixon Foundation is so protective they won't even accept a film that involves Watergate, let alone one that's mainly focused on the scandal, according to Lane. She says she wouldn't have wanted to make a film the Nixon Foundation liked, "because they're kind of crazy and obsessed."

But they're not the only ones who bring a preconceived and prejudiced idea of Richard Nixon to a documentary like this. We all project biases and what we already know and believe while watching something like "Our Nixon." So, both sides of the fence can see it as just more Nixon bashing from the left, whether they're for that sort of thing or against. And then there are the anti-Nixonites who may believe Lane is out to "rehabilitate the image of these evil men," as she puts it. The fact that such criticisms are coming from all directions is positive for the filmmakers, though. They didn't intend to humanize the figures too much, nor not enough. "I'm glad to see we're getting that criticism from both ends," Lane says. "It makes me feel like we did a good job."

One reaction that surprises and disappoints her, however, is that of the hate-filled audience interested in just sitting back and laughing at Nixon rather than engaging with the challenge. "That says more about the viewer than about me," she argues. "There's not really anything we can do about that. We made an open-ended film, where we deliberately left interpretations more up to the viewer. It was all part of the design of the film, so I can't get too upset about it. We knew there'd be plenty of stuff for people who love Nixon to enjoy and some for people who hate Nixon to enjoy, as well."

The real head-scratcher regarding the overbearing bias for or against Nixon may be that the documentary isn't even really about the President. It's clearly more so about the three men filming the President. "When I looked at the home movies," Lane notes, "it was so obvious that you had to make the film be about who is holding the cameras because every time the camera goes out of focus or shakes or there's a shitty zoom, you think about the cameraman."

The Super 8 films are not like the usual archival and stock footage that would function as b-roll of Nixon in any other documentary about the President. Whatever our own point of view or bias, we're also already looking at the subject matter through three very distinct lenses with their own perspectives. Lane says of the material, "It could only function as a representation of a person in a place at a certain time and what their literal point of view is. So it had to be about them. Through them it's about Nixon."

Well, not quite about Nixon so much as what what he did to these three men, all of whom the film stresses served time for the Watergate conspiracy. "And ultimately those three men stand in for all those people who supported Nixon all along," Lane points out, "who voted for him and put a sign on their lawn and argued with their hippie kids about him or defended him or voted for him. It's about Nixon's betrayal of his supporters."

In addition to those layers, obviously as in the case of any documentary the filmmakers bring their own point of view to the film, though Lane insists her work in paring the footage down [with editor Francisco Bello] is mainly about taking excerpts and condensing material, not making artistic choices. She says it's about conveying the spirit of something economically, so that a 55-minute phone call is edited down to two minutes and a 28-minute speech gets cut to 90 seconds.

"This isn't a special case," she defends, comparing her work to general documentary filmmaking, "that's what you do. Take interviews, cut them down, Slice sentences together to make things go faster. All I can say is that when you're doing it, if you have integrity you have integrity. And if you don't you don't. Short of going through the whole film and discussing every single edit and trying to explain it to people, there's not really a lot you can do. We're not splicing things together to lie."

Yet editing in documentary storytelling can be misleading, and she understands this. Outside of maintaining there aren't outright lies in this film, Lane had to ask herself if each edit was an ethical cut. What she means is that if the audience learns of specific manipulations in the editing and is "fundamentally disturbed," then that can be a problem. "People get upset about 'Searching For Sugar Man' because the fundamental premise of the film turned out to be a little not true," she explains. "That's a big problem for an audience who feels they've been lied to on a fundamental level."

For a more exhaustive and also more sympathetic portrait of Nixon, Lane suggests Oliver Stone's biopic, "Nixon." But that doesn't mean she recommends this "psychodrama" focused "made up movie." For her, Stone's biopic only feels exhaustive because it presents itself as "the story," as opposed to her film, which she says offers "modest little sliver of a big story we all know already." And the only reason Stone's film seems sympathetic in spite of making the President look like "an insane drunken paranoid lunatic" is relative. "It's interesting that he's so hard to sympathize with," she says, "that it's the closest we've ever gotten."