The Persistence of Joe Swanberg

A couple of years ago I was having a conversation with a friend, a critic and a programmer, about the independent filmmaker Joe Swanberg and his work. My own dislike of Swanberg had, by this time, been perhaps too-amply documented on my blog; my friend was an admitted skeptic, but also mentioned he had screened a recent film of Swanberg’s and concluded, “It’s not nothing.”

I shrugged. “Well, he doesn’t seem to be going anywhere,” I said sourly, and my friend responded, no, he thought Swanberg was making artistic progress. “That’s not what I meant,” I said. “I meant that he clearly isn’t going to stop making films.” My tone was such that it was clear what my own preference was. 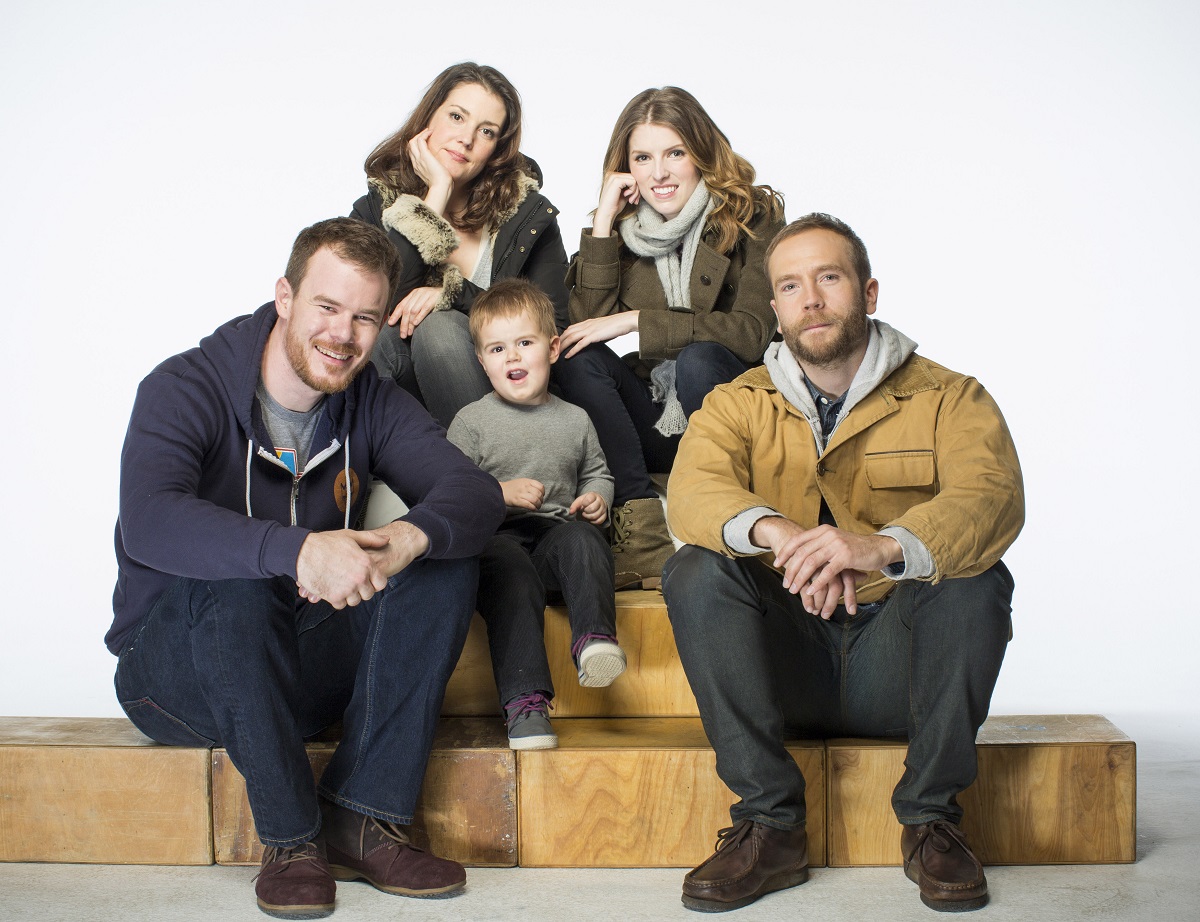 And Swanberg not only has not stopped making films, but seems to be entering a new phase, one in which he adds seasoned and well-known young actors to his low-budget improvisational not-quite-narratives. His latest picture, "Happy Christmas," sees release on July 25. It’s not nothing. It’s moderately enjoyable in spots. It still, I think, partakes in a tendency that I dubbed “the cinema of contingency” when I wrote about Swanberg’s work way back in 2009.

Looking at that blog post now, I’m pretty embarrassed by its glibness. I also hadn’t laid all of my cards on the table; I did have a genuine personal animus against Swanberg, albeit once-removed; I felt that he had acted poorly to some friends of mine who had released one of his films on DVD; my reaction to the perceived slight not only involved indignation all out of proportion, but outlived whatever bad feelings existed between Swanberg and the ostensibly injured parties. But I liked to believe that there was little if any connection between my critical view and the personal one: there was the almost contemptuous slackness of Swanberg’s web serial "Butterknife," for instance. And the simultaneously voyeuristic and exhibitionistic treatment of sex in many of his films consistently suggested to me that Swanberg, whose on-screen presence I’ve always considered lunkish at best (this is actually put to good use in Ti West’s recent "The Sacrament," in which Swanberg plays a bro-ish operative for Vice), was essentially a Joe Francis who wanted to prey on more bohemian women than you usually encounter at collegiate spring breaks. 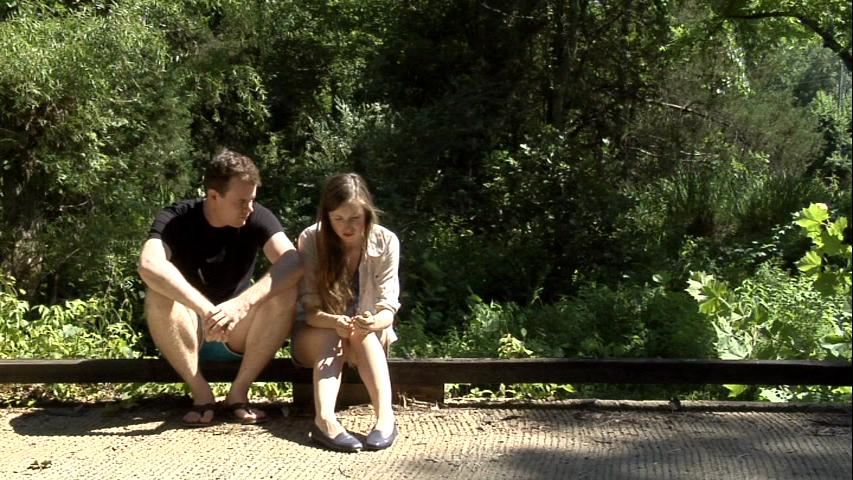 I was surprised, then, when I recently took a look at Swanberg’s 2011 "Silver Bullets." This was a Swanberg film I figured I was guaranteed to despise for a pretty simple reason: it opens with Swanberg’s character Ethan mulling over a clip of David Foster Wallace on "The Charlie Rose Show." Not to put too fine a point on it, but my temptation to play, in the privacy of my cerebration, Lloyd Bentsen to Swanberg’s probable Dan Quayle in this case was mighty indeed. But the scene doesn’t, in fact, try to set up any kind of equivalency. And the rest of the movie, while crude, is impressive in some crucial respects. It’s the story, as so many of Swanberg’s films are, of a filmmaker— this one a guy whose work seems to walk a thin line between exploration and exploitation. And, in this case, both filmmaker and girlfriend are brought to a crisis phase when the girlfriend takes a gig acting in a horror movie by a slightly more successful director. While in prior Swanberg films the self-criticism was mitigated if not vitiated by a barely camouflaged self-aggrandizement, "Silver Bullets" achieves a consistently dark, dour tone that never tries to ingratiate (for that, see the squalid and self-satisfied "Uncle Kent," made the same year, so go figure), and its descent into near-Lynchian irrationality at the finale is more effective in this respect than I ever thought Swanberg capable of. On the other hand, a movie in which Swanberg invites the viewer to luxuriate in what a creepazoid his character is might in some respects be considered catnip for someone such as myself. By the same token, "Silver Bullets" relies pretty heavily on its female characters and performers to put its point across. 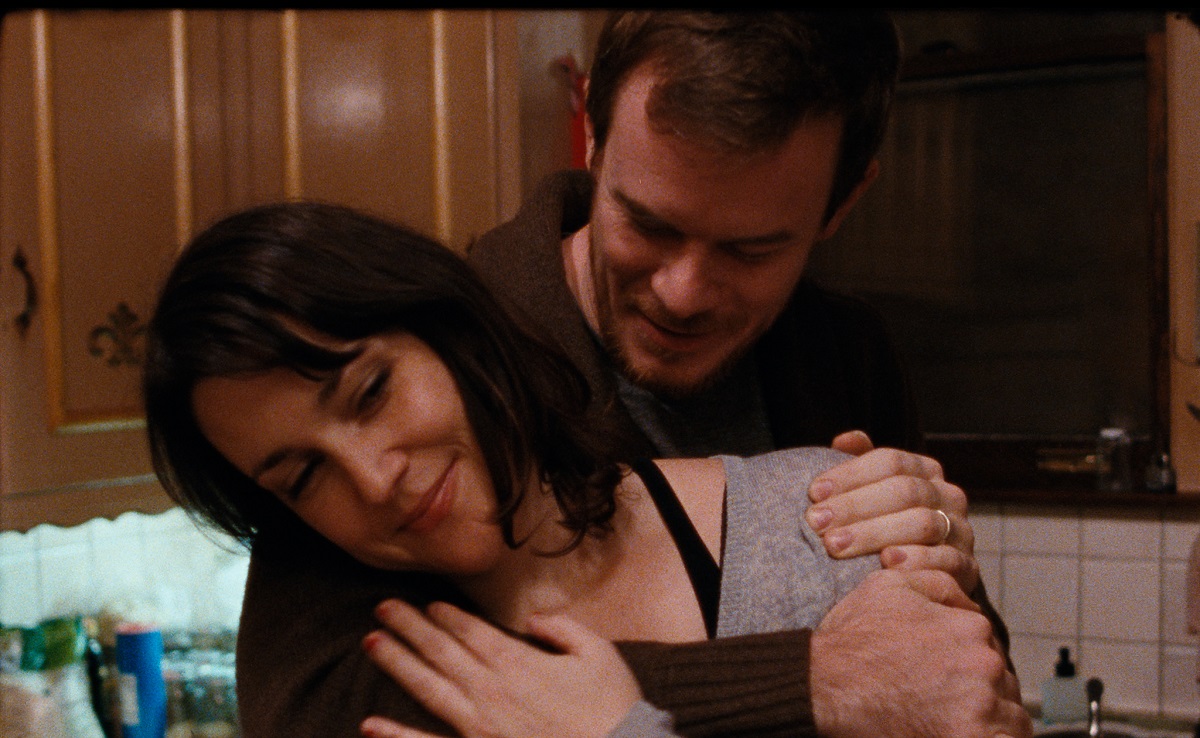 That also obtains in "Drinking Buddies" and even more so in "Happy Christmas." In a recent cover story in Moviemaker magazine Sean Hood gushes “Swanberg’s art emerges from the dynamic creative collaborations he has with actors, crews, and audiences.” Although Swanberg takes writing credit for his pictures, he’s admitted to leaving the dialogue to his actors; not just the dialogue but also the action. That’s where contingency comes in with his recent work; while he’s much better at staging and framing than he was in the "Hannah Takes The Stairs" era—and on "Happy Christmas," Swanberg the editor works near-miracles, creating juxtapositions that strengthen the spine of a minimal narrative—his work method doesn’t automatically suffice to create compelling narratives, and hence "Drinking Buddies" often felt like a filmed series of acting workshop exercises. (It’s worth remembering that actors, or certain actors, really LOVE acting workshop exercises.)

In "Happy Christmas," the performer who benefits least from Swanberg’s approach is Anna Kendrick, who plays a super-stressed out and likely alcoholic character. She’s not bad, but the fact that the movie has no “through line” for her character seems to have put her in a position in which she’s always indicating something. There’s one shot that depicts her in the basement of her brother’s house, responding to a male character’s invitation to go out to the park with him and the household’s toddler. She responds that she needs to put on her shoes, but rather than act like someone who’s about to put on her shoes, she furrows her eyebrows and moves her jaw like she’s plotting to gaslight the guy upstairs. She’s on more secure ground in her scenes with costars Melanie Lynskey and Lena Dunham; the movie really comes to life when the three characters sit around and riff about motherhood, the creative life, and, eventually, the commercial-proposition erotic novel on which Kendrick and Lynskey’s characters decide to collaborate. (Full disclosure: Melanie Lynskey and I are admirers of each other’s work, and while we’ve only met in person once, we do correspond fondly via e-mail.) These scenes are so genuinely sharp and funny and engaging that their pedestrian-to-lame visuals don’t register so prominently. (There’s a scene with Kendrick and Mark Webber in which the pair discuss a group of props on Webber’s coffee table that aren’t even glimpsed in the scene until the characters mention them, at which point the camera awkwardly tilts downward, to little avail.)

In a recent interview with the Huffington Post, Swanberg says he feels “men are out of ideas,” culture-wise. While I’m not entirely in agreement with that—I’m a man, I’ve gotta make a living, so I’ve gotta hope for another 30 so years (if I’m lucky) of being able to market my, um, “ideas”—I am excited to see more female voices proliferating, and beyond that, I think they’ve become the saving graces of Swanberg’s own work. He’s not going anywhere, and neither am I. But I think that if he keeps himself out of his movies and hands over the creative contingent components of his work to his females (some might argue he was doing this back with "Hannah Takes The Stairs," but in my book that’s a smarmy male-gaze movie if ever there was one), he might end up making a movie I will be fully on board for.