Shouldn't a legendary life of crime be more fun than this? "Bonnie & Clyde," airing over two consecutive nights on three channels (Lifetime, A&E, and The History Channel) snoozes instead of purring. With dialogue that over-explains every character motivation and plot point, too many melodramatic beats, and a story ripped far past its breaking point by a three-hour running time, this retelling of the saga of Clyde Barrow and Bonnie Parker serves little purpose other than to try to steal some ratings goodwill from recent cable mini-series hits like "Hatfields & McCoys." A star-making turn from Holliday Grainger ("The Borgias") is the only point of recommendation but it's not enough to commit to the time required by this TV event.

It's been nearly a half-century since Arthur Penn defined the crime-riddled romance of Bonnie and Clyde, helping turn the true story into the stuff of legend. And so it's not that the time isn't right for a remake. If anything, a smart, character-driven reassessment of these two infamous lawbreakers feels overdue. And "Bonnie & Clyde" starts with promise. It's well-cast from top to bottom. Emile Hirsch brings a nice lunkhead sincerity to Clyde that first balances well with Holliday Grainger's scene-stealing intensity. William Hurt and Holly Hunter—as the lawman who chases the pair and Bonnie's supportive mother, respectively—bring much-needed credibility and dramatic weight to the too-few scenes in which they appear. Even small roles are well-performed.

The problem is that solid ensemble work doesn't justify two nights of tedious plotting that takes viewers slowly toward the inevitable. Even if some younger cable-watchers may not know the fate of Bonnie and Clyde, writers Joe Batteer and John Rice and director Bruce Beresford open with the bloodied corpses of its title characters being towed in their bullet-riddled car. And so the piece becomes not about the destination but the journey. How did two average people become such criminal celebrities that the manhunt to catch them became national news fodder? And why do we still tell their story so many decades later? To say that Beresford's version of "Bonnie & Clyde" doesn't adequately answer these questions would be an understatement. It prints the legend instead of finding a reason to tell it again. 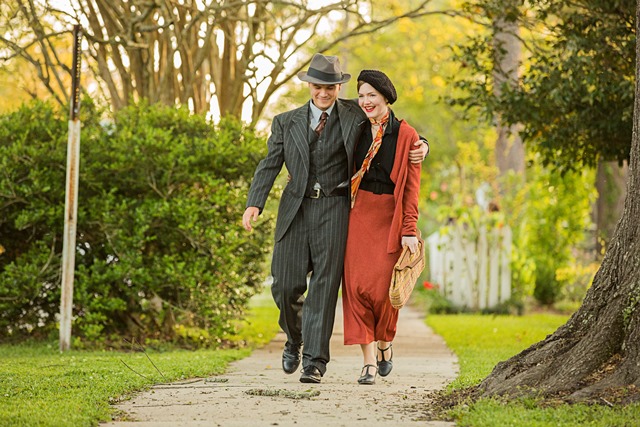 Perhaps it's because there's so much time to kill (pun only slightly intended) over two nights. On the first night, we see Clyde embark on a few criminal outings that land him in jail here and there, set against the backdrop of the early days of the passionate romance that would fuel the title characters until their bloody end. Clyde is presented here as a visionary, someone who literally had dreams of Bonnie long before he met her. Their story becomes not just one of passion and criminal adrenalin but fate—"
Advertisement
Bonnie Parker had always been looking for me like I had been looking for her." While the fated love aspect may have seemed like a way to add even more gravity to the story, it actually drains it, replacing sexuality, greed, and pure lust for life with something that was fated to be.

And then "Bonnie & Clyde" simply meanders. Particularly over the first night, the back story becomes tedious and the storytelling devices used to make it seem engaging only turn it into a soap opera. Slow-motion shootouts, melodramatic dialogue, and constant pacing issues continuously hamper the piece, which somehow comes off overheated and yet undercooked at the same time like a dime-store romance novel. It takes seemingly forever to get where we all know it's going. 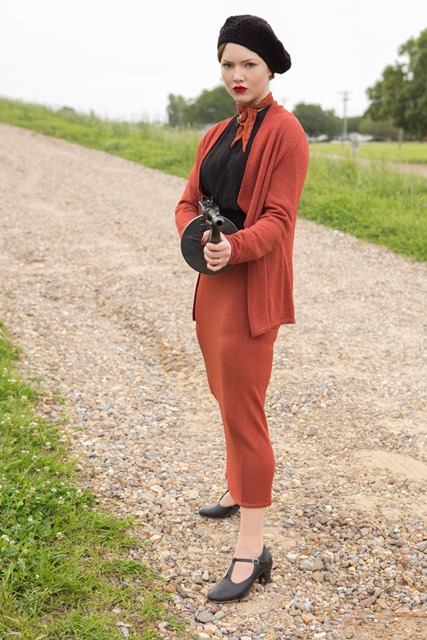 Every time one is tempted to completely write this off as yet-another Lifetime TV movie distraction, it is Holliday Grainger who keeps the viewer engaged. The young star steals scene after scene, to the degree that one begins to doubt the chemistry between her and Hirsch, given how much more engaging she is than her co-star. When the story turns Bonnie from the love interest to the one who pushes Clyde deeper into his life of crime in night two, Grainger sells it all with a sly, knowing smile.

It's not enough. This is "Bonnie & Clyde" not as history or mythology but as soap opera. Some of the details may be more accurate than Penn's version but the story has been drained of its intensity, largely, it seems, to stretch it out to two nights. The depth that one would hope would be added over such a lengthy running time—perhaps commentary on the role the economics of the depression played in their spree or even just a tale of people trying to break out of small-town boredom—was discarded in favor of, well, very little. This is the legendary Bonnie Parker and Clyde Barrow brought down to Earth and made into a melodramatic romance. One hopes the same thing doesn't happen to Mickey and Mallory Knox in a few decades.