The Many Kinds of Baseball Families: "A League of Their Own" at 25

A huge amount of baseball mythmaking, whether derived from the movies or elsewhere, is based on love of the game being passed on from fathers to sons. I love the baseball/fathers-and-son connection. “A League of Their Own,” which turns 25 this month, is something different, and something practically unheard of in a mainstream setting at the time of its release: Not only was the movie inspired by a son seeking to tell the story of the baseball glories of his mother and her sister, it resulted in a film that was mainly about those two women and their relationship. The conflict between the film’s lead characters, sisters Dottie (Geena Davis) and Kit (Lori Petty), may be a standard sibling rivalry, but it also has a whole lot to do with the ways they see themselves and what’s expected of them. When they reconcile at the end, as part of a particularly potent framing device set at a Baseball Hall of Fame dedication, the emotions are earned.

Directed by actress-turned-filmmaker Penny Marshall and written by Lowell Ganz and Babaloo Mandel (“Splash”), “A League of Their Own” is a traditional, conventional baseball movie in a lot of ways. It’s based, albeit somewhat loosely, on a true story. It tells of a single season in the life of a single baseball team. The characters are a team of players from varying backgrounds, they are underdogs, and they use strength and determination to prove their worth. There’s internal conflict that ultimately gets resolved. There’s a Big Game at the End, an Unconventional Tough-Guy Coach, and various other sports movie cliches that were well-worn even in 1992.

On the other hand, it’s about a women’s team. It has a woman as director. There may be a Big Game at the End, but its outcome isn’t that important to the film or what it’s ultimately about. Even more significantly, “A League of Their Own” doesn’t simply tell a standard baseball story, with women plugged into the traditionally male parts. It matters that the characters are women.

Rather than a sprawling cast of male types, “A League of Their Own” features a sprawling cast of female types. And the team faces terribly sexist treatment, from hecklers to the league executives who demand that they play in dresses and attend charm school classes. The famous “there's no crying in baseball” speech would have been unimaginable in any other baseball film.

Beyond its interest in the lives of women, “A League of Their Own” is also very much about the changing role for women in society at the time, with so many men overseas in World War II. This is specifically addressed in a scene where the league owner, Walter Harvey (played by actor-director Garry Marshall, Penny’s brother—another, extra-dramatic instance of sibling rivalry in the movie), talks about shutting down the league once the war ends. League executive Ira Lowenstein (David Strathairn), depicted up until that point as a meek yes-man, stands up to him.

“This is what it’s going to be like in the factories, too, I suppose, isn’t it?” Lowenstein says. “’The men are back, Rosie, turn in your rivets.’ We told them it was their patriotic duty to get out of the kitchen and go to work; and now, when the men come back, we’ll send them back to the kitchen.”

In his review of the film, Roger Ebert addressed this as well. “After years of perpetrating the image of the docile little woman who sat at home caring for her lord and master, American society suddenly found that it needed women who were competent to do hard, skilled work during World War II,” he wrote. “What’s fresh are the personalities of the players, the gradual unfolding of their coach and the way this early chapter of women’s liberation fit into the hidebound traditions of professional baseball.”

Speaking of hidebound traditions, when “A League of Their Own” arrived that summer, it was at the tail end of one of the more prolific waves of baseball movies, all focused on men. “Eight Men Out” and “Bull Durham” both came out in 1988, “Field of Dreams” and “Major League” in 1989. “The Babe” and “Mr. Baseball” both arrived in 1992. While “Major League,” “Mr. Baseball” and “Bull Durham” were comedies, set in contemporary times, “Eight Men Out” and “The Babe” were both straightforward historical baseball biopics set, respectively, in 1919 and throughout the 1920s.

“Field of Dreams,” though, probably did more than any other piece of popular culture to push the fathers-and-sons-and-baseball paradigm. And, it bought fully into the idealization of the game of long ago. Old-timey baseball, “Field of Dreams” told us, can not only allow you to repair your strained relationship with your late father, but it’ll save your farm from foreclosure and maybe even make your rich.

“A League of Their Own” is significant in that it turned those formulas on their heads. Not only that, but it beat the boys at their own game. The film remains, to this day, the highest-grossing baseball movie ever made and the only one to pass $100 million at the domestic box office. 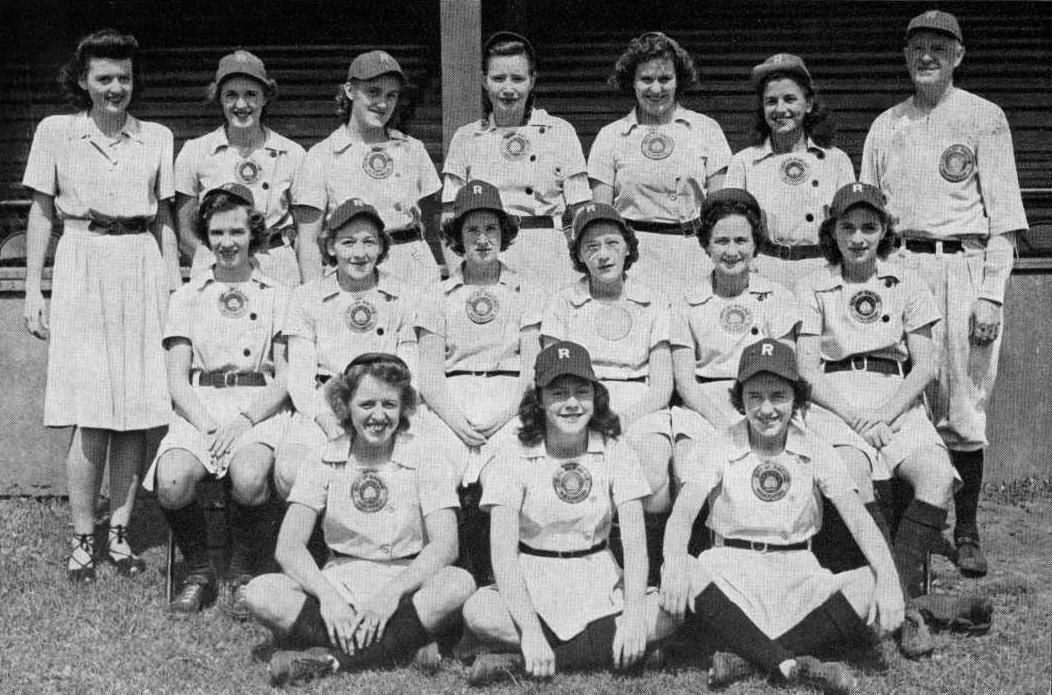 I love the baseball/fathers-and-son connection. I’ve been to at least 10 different major league ballparks with my father, and taking my own two sons to games is a great joy. But there are a whole lot of other possible, and very real, family combinations when it comes to forming a lasting connection with the game of baseball, and a lot of those involve mothers, daughters, wives and sisters, and “A League of Their Own” gave them a platform more prominent than they’d ever had.

The first I ever heard of the All-American Girls Professional Baseball League (AAGPBL) was a Sports Illustrated feature in 1987 about fathers and sons and the game. It was a series of photo illustrations with then-active Major League ballplayers alongside their fathers, all of whom had played years or decades earlier. One of the pairs featured, though, was different: a mother and son.

It turned out that Casey Candeale, then a Montreal Expos second baseman, had a mother, Helen Callaghan, who was a star player in that league in the 1940s. “If someone tells Casey he throws like a girl,” a caption said, “he won't mind.”

Around the same time, another of Helen Callaghan’s sons, Kelly Candaele, would take up the mantle of telling the story of both his mother and aunt, Marge Callaghan, and their experiences in the AAGPBL during World War II. He made an Emmy Award-winning PBS television documentary on the subject which was discovered and adapted by Penny Marshall, and the resulting film “A League of Their Own.” (Although Ganz and Mandel wrote the script, Candaele and Kim Wilson are credited with the story.)

There's no doubt that “A League of Their Own” has endured in our popular culture, just as many as the other baseball films of that era have. And these days, more women are among the ranks of sports fans than ever before.

But has our sports culture learned any lessons? I’m not so sure. We’re in a time right now where a whole lot of sports discourse—and political discourse, too—boils down to who is and isn’t a “real man.” The descendants of the jerks who went to AAGPBL games just to heckle are still around; now they're found on 4chan and Reddit.

I saw “A League of Their Own” for the first time in the theater when it was first released, the month that I turned 14. I’m equal parts a baseball and movie fanatic, so it would make sense that I would rush to see it, just as I had “Field of Dreams” and other previous baseball movies (Though I don’t think my parents let me see “Bull Durham” when I was 10.) I remember admiring the baseball action and thinking the dialogue was funny, mostly the drunken antics of Tom Hanks’ Jimmy Dugan. I was probably too young to grasp much of the social significance of what was going on or get all the references. But I could tell even at that age that the women of the AAGPBL had accomplished something special. And while I hadn’t seen the film in years until recently, I watched it over and over throughout the ‘90s.

In fact, I think the VHS tape was my sister’s.