Armadillos in Their Trousers: The Tragic Special Snowflakes of "This is Spinal Tap"

In an early scene in "This Is Spinal Tap", Marti Di Bergi (Rob Reiner), the director of the documentary chronicling the latest North American tour of the eponymous British rock band, confronts the two leaders of the group—the lead vocalist-cum-lead guitarist Nigel Tufnel (Christopher Guest) and the other lead guitarist David St. Hubbins (Michael McKean)—on the composition of their audience. He observes that it consists of "predominantly young boys." David replies that the boys identify with the band, but also claims a "reaction of the female" to their music. Nigel finishes the thought: "Really they're quite fearful—that's my theory. They see us on stage with tight trousers. We've got, you know, armadillos in our trousers. I mean it's really quite frightening." A few scenes later, we are confronted with the humiliation of the band's hirsute bassist Derek Smalls (Harry Shearer) at an airport security screening where a guard refuses to let him pass due to the unceasing beep, which eventually turns out to be a reaction to the contents of his pants. He reaches in to his nether regions and fishes out a cucumber wrapped in tinfoil, his attempts at creating an image of fantastic virility ruined by something as mundane as a metal detector.

Over the thirty years following its release on March 2, 1984, "This is Spinal Tap" has become a comedy classic. Recognized as "culturally, historically, or aesthetically significant" by the Library of Congress, it was picked for preservation by the United States National Film Registry in 2002. It has become a descriptor in everyday language to signify pretentiousness and oversell. It has even made a generational leap, becoming one of the few films that can be enjoyed on its own terms by the Baby Boomers, Generation X, and the Millenials. The film, and the band, might not have become more popular than Jesus or The Beatles, but their legacy is nonetheless solid. "This is Spinal Tap" is a comedy, and a very funny one.

But as with so many comedies of the Aristophanian school, in which it undoubtedly belongs, the film could also be regarded as a tragedy. At its core, "This is Spinal Tap" is a film about failure, and therefore emblematic of one of man's greatest dichotomies: The gap between who we think we are, and who the world knows we are.

We usually think we are the stars of our own movie when in fact we are extras in everyone else's. We go through our lives as if we were the nexus of existence, yet there is an entire universe that is happening all around us, one in which we are hardly noticeable. Our greatest catharses tend to be insignificant compared to the daily crises of others. "You're not special," says Tyler Durden in "Fight Club." "You are not a beautiful or unique snowflake. You're the same decaying organic matter as everything else." On some level we know this is true, and yet most of us spend our lives avoiding or denying it.

"This is Spinal Tap" is built on this struggle. 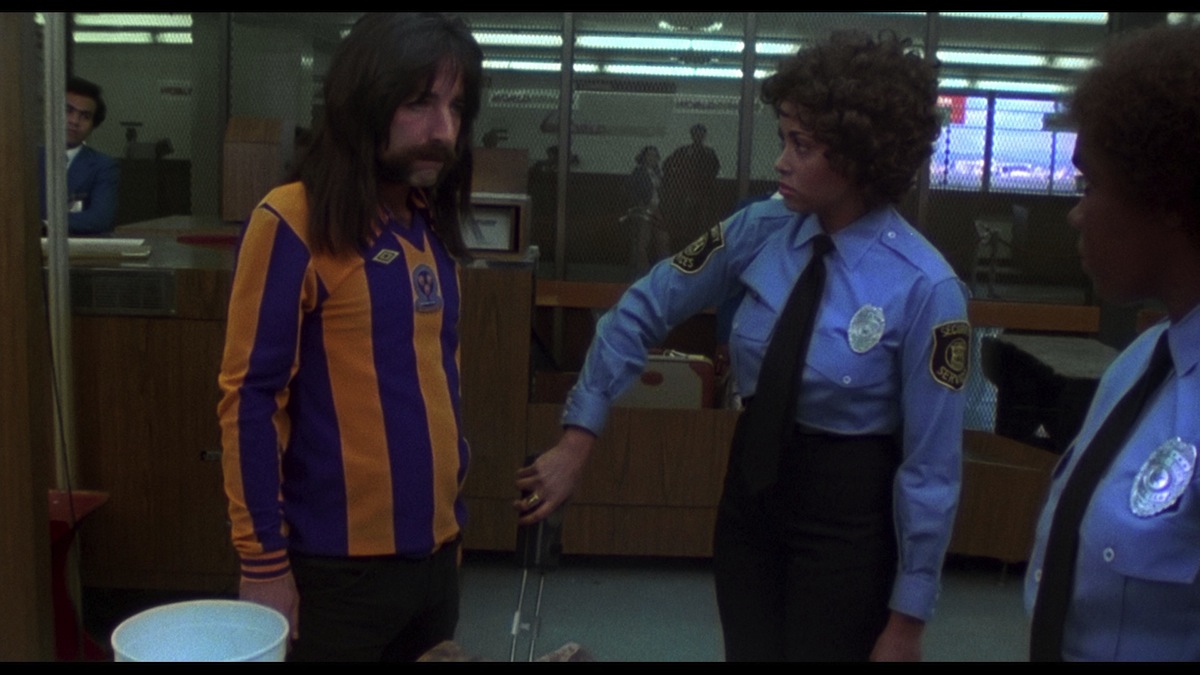 The band is constantly confronted with evidence of their mediocrity, yet they choose to ignore it. They mistake an approaching gang of groupies for their own, when it turns out their interest is directed towards an Eddie Van Halen-type '80s rock star. They get second billing to a puppet show. The radio plays a song from their early years, but the DJ bookends it by deeming them a second-rate band that enjoyed only middling success.  They're sorted summarily into the "'Where Are They Now' File." Life picks them up for a moment, lifts them, but quickly drops them down on the ground. Their fantasies of who they are get crushed by the palpable enormity of reality. Even in the film's most famous moment, when Nigel tells Di Bergi that the band's amps go to 11, the facile stupidity is emblematic of the band's own, almost-solipsistic self-image.

Advertisement
It's not just the band members who project a false image of personal importance and fearsome artistry. Band manager Ian Faith (Tony Hendra) appears to be in control, but is in way over his head; he wields a cricket bat to channel his frustrations (which tower over the Stonehenge figurine he commissions), is unable to book the band into decent-sized venues, and mismanages the release of the band's latest record. David's conniving girlfriend Jeanine reckons herself an astrologer and a musical maven, yet she can't even pronounce "Dolby." Even our cinematic guide Di Bergi is lost. He wants to be a come across as a confident documentarian, but this wish is undercut in film's first scene by his shifty, unsure demeanor. And yet still they hold on to their self-created, fantastical images.

The band's pathologies may be universal, but the details are rooted in experiences that were unique to England in the decades after World War II. When all the post-war rationing and misery finally ended, Britain was really ready to swing, man! At the same time, the miserable dreariness of the weather, as well as the records left behind by the GIs or brought over by merchant seamen from the United States, forced people indoors to practice their instruments. Nigel and David hail from the fictional town of Squatney—a funny invention, but symbolic of many real-life rockers' roots. The Animals famously sang that they 'got to get out of this place'—which was both literal and metaphorical. The cold, grey, dusty towns of the industrial north and the petit-bourgeois south were suffocating. So was the Greatest Generation's ceaseless, no-questions-asked work ethic.

Britain's Baby Boomers had to escape. Many did so through rock and roll. Even as they got older, even as their popularity waned, they anchored themselves to their music and their musical personae. 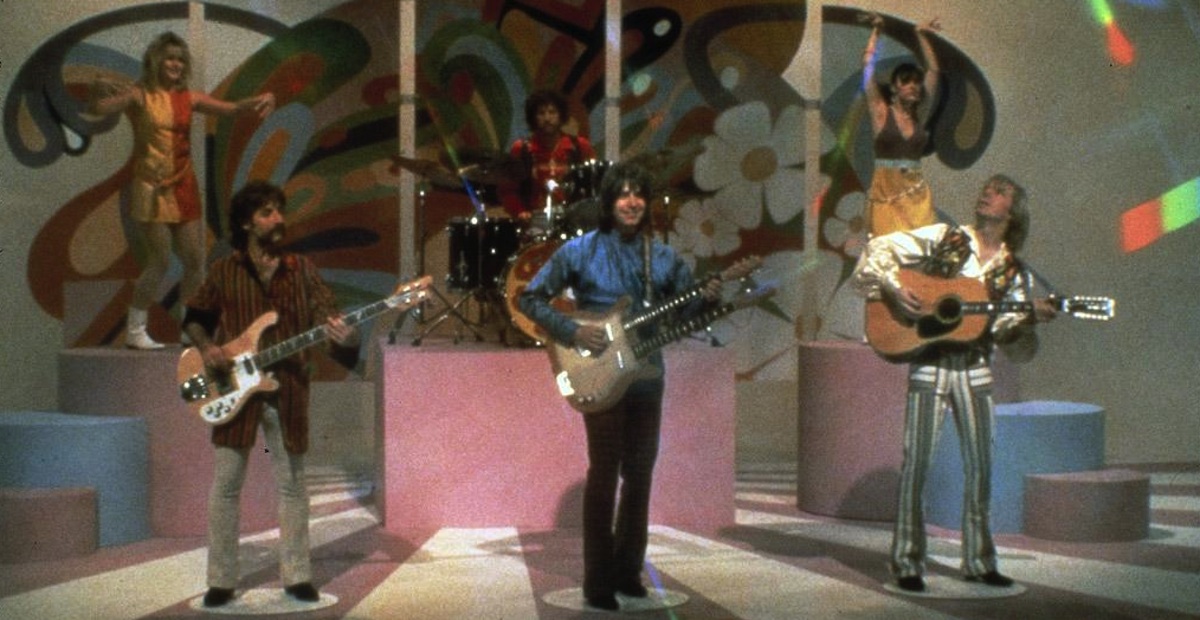 Spinal Tap's arrested development is representative of many rockers' inability to grow up—a condition that became not just tolerated but enshrined starting in the 1950s. The postwar period was first in which Western adolescents were treated, mainly for marketing purposes, as a special and marvelous group, suspended in developmental limbo between childhood and adulthood. This was a huge change from every previous era of human civilization, which treated young adults as grownups that had only recently gone through puberty and still had a lot to learn but had damn well better hurry up and get a proper job anyhow, and a proper haircut to go with it. The rock 'n' roll spirit embraced this new sense of demographic entitlement with a vengeance, and inspired all manner of related slogans, including The Who's "Hope I die before I get old" and the counterculture left's "Don't trust anyone over 30."

Spinal Tap is part of that same demographic, but its members and hangers-on are arguably even less self-aware (i.e. dumber) than their contemporaries. The musicians can only sustain their false self-image by never, in any real sense, growing up. The band members wear their child-like mentality as armor. Rather than the heinous, malign guidance of ego, it is to their id that David and Nigel revert.

In this particular reading, then, Spinal Tap represent a Jungian concept. The Swiss psychiatrist identified puer aeternus, Latin for "eternal boy," as an archetype, one of the "primordial, structural elements of the human psyche." The band members age physically, yet they remain eternal children, not only as a façade, but also deep inside. They reckon themselves to be Peter Pans when in fact they are just a bunch of Lost Boys.

In one of the most moving scenes of the film, Di Bergi talks to David following Nigel's decision to quit the band. David lumps his friend in with forgettable bit-players who have crossed Spinal Tap's path over the years to finally pronounce: "We shan't work together again." McKean, in complete control of his character, brings to it a child-like sense of frustration and hurt. It translates, simply, as: "No, I won't play with you anymore."

In turn, Nigel and David's reunion when the former informs the band of their latest single's success in Japan is equally adolescent. Once everyone leaves the room, Nigel tells David to do a good show. David says "OK." Christopher Guest hints at a homoerotic connection, but there is more. We know that David is a year older than Nigel. With that piece of information, Nigel's heartfelt wish is that of a kid asking his older, beloved brother to kick ass. It's all rather lovely. 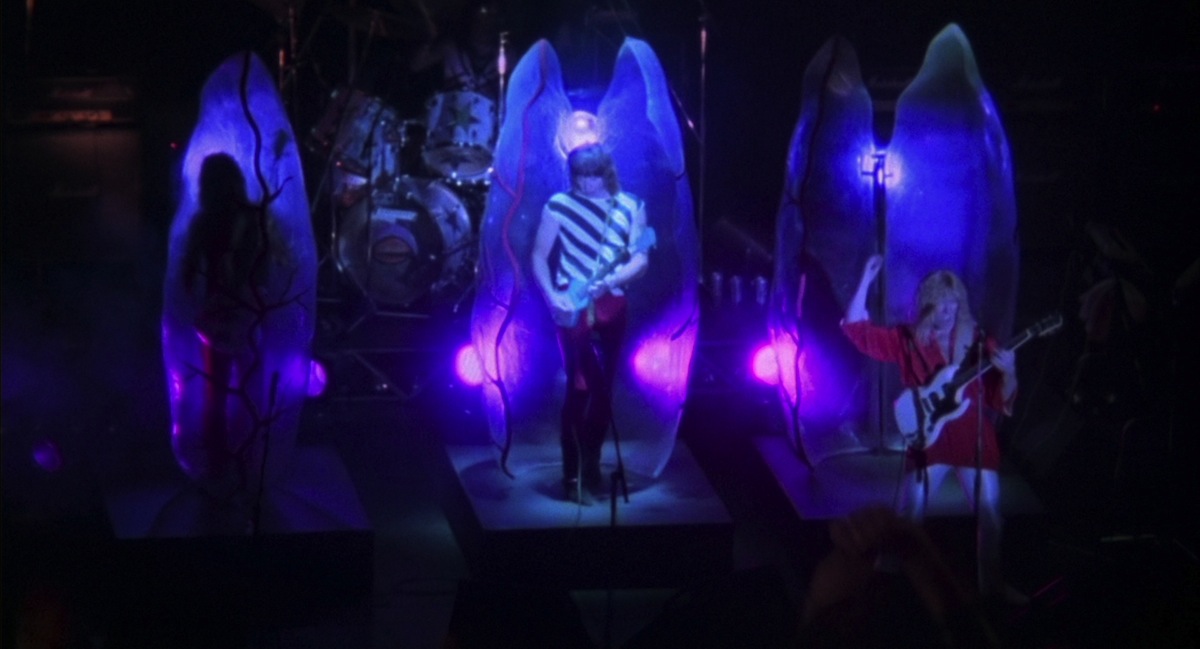 Rock and roll is about rebellion, and rebellion is an adolescent quality, and the further away you get from adolescence, the more ridiculous it looks to be positioning yourself against The Man. At the badly-attended end-of-tour party, Derek brings this up with David: "We had a ﬁfteen-year ride, mate. 'Mean, who wants to be a fucking forty-ﬁve year old rock-'n'-roller, farting around in front of people less than half their age?" But this moment of realization is short-lived when they hear Nigel's aforementioned news about Japan. The choice between being has-been rock stars and real, honest-to-god work: well, that's no choice at all, really.
Advertisement

The film's central thesis is the same as that of Bruce Springsteen's "Glory Days" and Don Henley's "Boys of Summer", only brazenly comical. And unlike those two songs, it is more sympathetic towards its protagonists. "This is Spinal Tap" realizes that we all surround ourselves with a mesh made from the stuff of dreams. We go through life thinking that fictitious armor makes us invulnerable. And the film's sympathetic humor hinges on the inevitable emperor's new clothes moment: people not realizing how daft they are looking and acting. "This is Spinal Tap" admits that it is very hard to accept that one has already peaked, and move on anyway, graciously. One might as well, though. Time makes fools of us all.