The Look and the Voice: On Sam Shepard's Definitive Performance in "The Right Stuff"

“The Right Stuff” is often called a historical epic, but it’s a film that defies labels, just like its star, actor-playwright Sam Shepard, who died last week at 72. Based on New Journalism pioneer Tom Wolfe’s book about the Mercury 7 program and the early days of the space race, the movie mixed a satire of patriotism with a rugged individualistic sensibility that has been both esteemed and parodied. This combination of elements was never again captured onscreen. It worked because of Shepard’s portrayal of test pilot Chuck Yeager, which embodied the mysterious quality alluded to in the title of Wolfe’s book.

The yearning for the glory days of the test pilots, of the desert and hangars and barns, was more a product of Wolfe, who implied that Yeager should have been among the Mercury 7 and gave him a starring role in the drama of the space program. When the film’s story begins, Yeager’s character is the protagonist. He eventually becomes a side character and stays that way until the climax, which cross-cuts between a doomed Yeager flight and a banquet celebrating the astronauts, former pilots like Yeager who left that world behind and became international media stars as well as pioneering space jockeys. Yeager risks his life to get a glimpse of the stars, a destiny denied to him by a government wanting controllable, marketable faces for its space programs, not old cowboys, dogfighters and test pilots.

“The Right Stuff” is one of the great movies of the 1980s. The cast is impeccable, the script and direction by Philip Kaufman are up to the task, and the score, by Bill Conti of “Rocky” fame, is one of the best of its era. But it’s the story of Shepherd’s Yeager that secures “The Right Stuff” a spot in America’s film canon. Shepard’s Yeager is stout, his chemistry opposite Barbara Hershey as Glennis Yeager is just about perfect, and his interplay with The Band’s Levon Helm as Yeager’s best friend Jack Ridley is palpable: the two look and sound as if they just walked in off the taxiway into the Happy Bottom Riding Club.

Shepard’s performance as Yeager put to film one of humankind’s great achievements, juxtaposed with a storyline that was also a metaphor of the end of the West. In Wolfe’s account, translated to the big screen by Kaufman, the rugged element typified by Shepard was polished out of the Mercury 7 program. This marked the end of the frontier not just as a historical event (that had already happened at the end of the 19th century) but as a way of living and thinking. And it happened, ironically, just as America was reaching for the greatest frontier of all. Countless classic westerns, including “Shane,” “The Wild Bunch,” “The Shootist,” “The Gunfighter” and “Unforgiven,” have all dealt with this theme, to varying degrees. It is embedded in the genre itself. But not many movies have conveyed it as viscerally as “The Right Stuff,” which extended the idea of the end of the West into the mid-20th century and showed it playing out through the space program, the media, and the characters’ personalities. Shepard’s Yeager was the heart of it all. The character didn’t change, but the world around him did.

The acclaim that greeted this performance included Shepard’s first and only Oscar nomination, as Best Supporting Actor. But he was not naturally inclined toward that kind of spotlight. He was born in Illinois, his father an alcoholic and former World War II bomber pilot. His mom was a school teacher. His family eventually landed in California, where Shepard worked the fields and became ingrained in agriculture, which he studied until his itch for music and art led him to New York. He played music, wrote plays and had an affair with Patti Smith before she became the female face of punk rock (the two wrote a play together, 1971’s “Cowboy Mouth”). He befriended Bob Dylan and a slew of others from the New York art and music scene, and became a star himself with his “Family Trilogy” of plays, beginning with Buried Child in 1978, which won him the Pulitzer Prize for Drama. His plays often reflected his own life—tales set in Illinois, or the West and the desert amidst the disintegration of family, with a surrealist vibe that made him a major influence on film. New York magazine, in an article titled “The Genius of Sam Shepard,” called him the greatest American playwright of his generation. 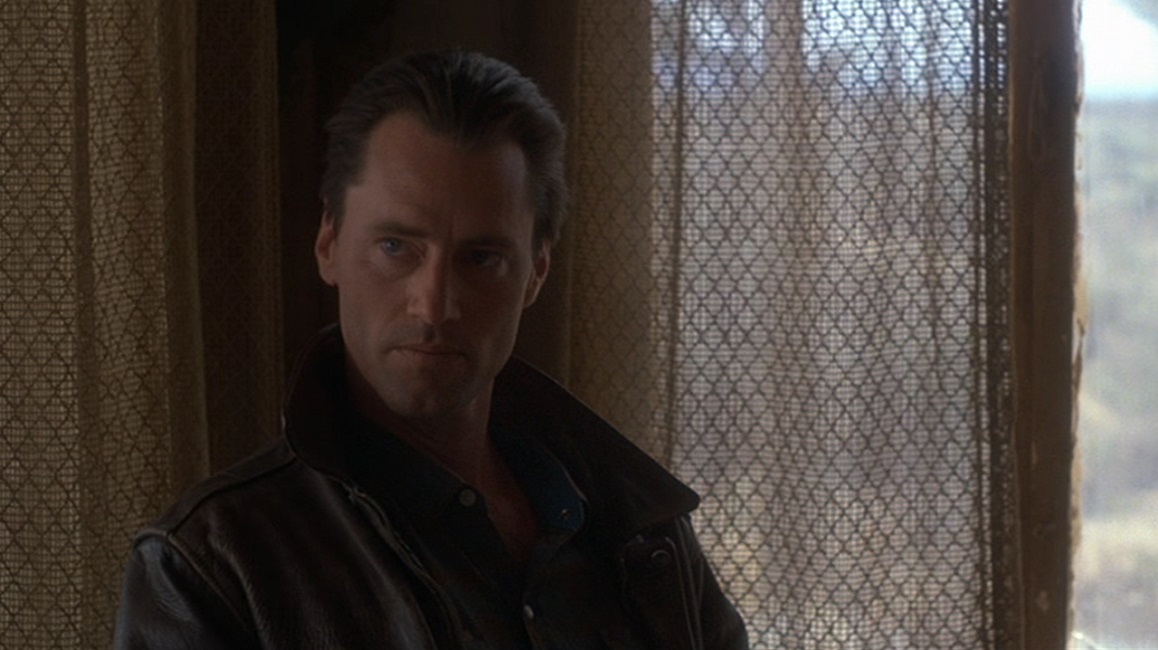 The distinction didn’t fit the appearance. As his New York Times obituary noted, Shepard was more comfortable in a pair of jeans and a t-shirt—not the uniform of a person who wanted to be perceived a New York City artist at that time. His slow drawl and laconic, nearly stoic presence, along with his customary leather jacket, constituted more of a movie star look. The look and the voice were what caught Kaufman, who first saw Shepard at a poetry reading in San Francisco around the time that he was looking for an actor to play Yeager. In a tribute written in Variety, Kaufman said that his wife took one look at Shepard and stated the obvious: “That’s your guy.” While Yeager was a stout 5-foot-7, Shepard was tall and a bit gangly, but the rest of it was there: the Gary-Cooper-in-a-leather-jacket-feel, the look and presence of a person who could play one of America’s great heroes.

It would be Shepard’s second major movie role, after Terrence Malick’s “Days of Heaven” in 1978. Shepard’s screen credits after “The Right Stuff” were numerous, but he was always uncomfortable with the attention paid to an Oscar-nominated actor. His attitude changed after playing General William Garrison in Ridley Scott’s critically acclaimed hit war film “Black Hawk Down.” He increased his pace after that; he had multiple, notable supporting actor credits during the last decade of his life and costarred on the Netflix series “Bloodline” through this year.

Two of Shepard’s definitive scenes occur in two of his best-known performances. One happens near the end of “Black Hawk Down,” with Shepard’s general desperately pacing the hospital where his wounded soldiers are undergoing surgery: he grabs a white sheet and tries mopping the blood off the floor, only smearing it and making more of a mess. Shepard plays the scene with his eyes and body language, making the helplessness of the setting palpable. The feeling conveyed here is the opposite of Yeager’s last triumphant moment in “The Right Stuff”: as the Mercury astronauts attend the celebratory banquet in Houston, Yeager takes flight in the F-104, eyeing an altitude record. Just as his aircraft reaches its limits, the sky turns from blue to black and the stars appear. Yeager reaches the last frontier moments before his plane spirals and he ejects. An ambulance drives across the desert toward the plume of smoke that was the F-104. Something appears from the horizon. The driver asks his passenger, Levon Helm's Ridley, “Is that a man?” Ridley replies, “You’re damn right it is.” Kaufman cuts to a burned and wounded Shepard in his flight suit dragging a parachute, walking with purpose as Conti’s score plays loud.