Faithful readers of Roger Ebert may recall a pair of unusual stories that ran in the Chicago Sun-Times back in 1999. The dispatches described a "persistent" and "enterprising" 22-year-old film school graduate from Boston named Stuart Acher, now infamous for accosting Ebert at the Sundance Film Festival with his short film "Bobby Loves Mangos." Fledgling filmmakers vying for attention from the press in Park City is nothing out of the ordinary. However, what Acher's unabashed tenacity yielded is the kind of narrative every budding artist dreams about. Here's a video to explain:

The buzz coming out of Sundance allowed Acher to move to Los Angeles with an agent and manager ready to facilitate his directorial dreams. A development deal with DreamWorks soon followed, and for a brief moment before the turn of the century it appeared that Acher’s aspirations may come to fruition. Then the inevitable happened: the project fell through and the studio shelved the movie indefinitely. 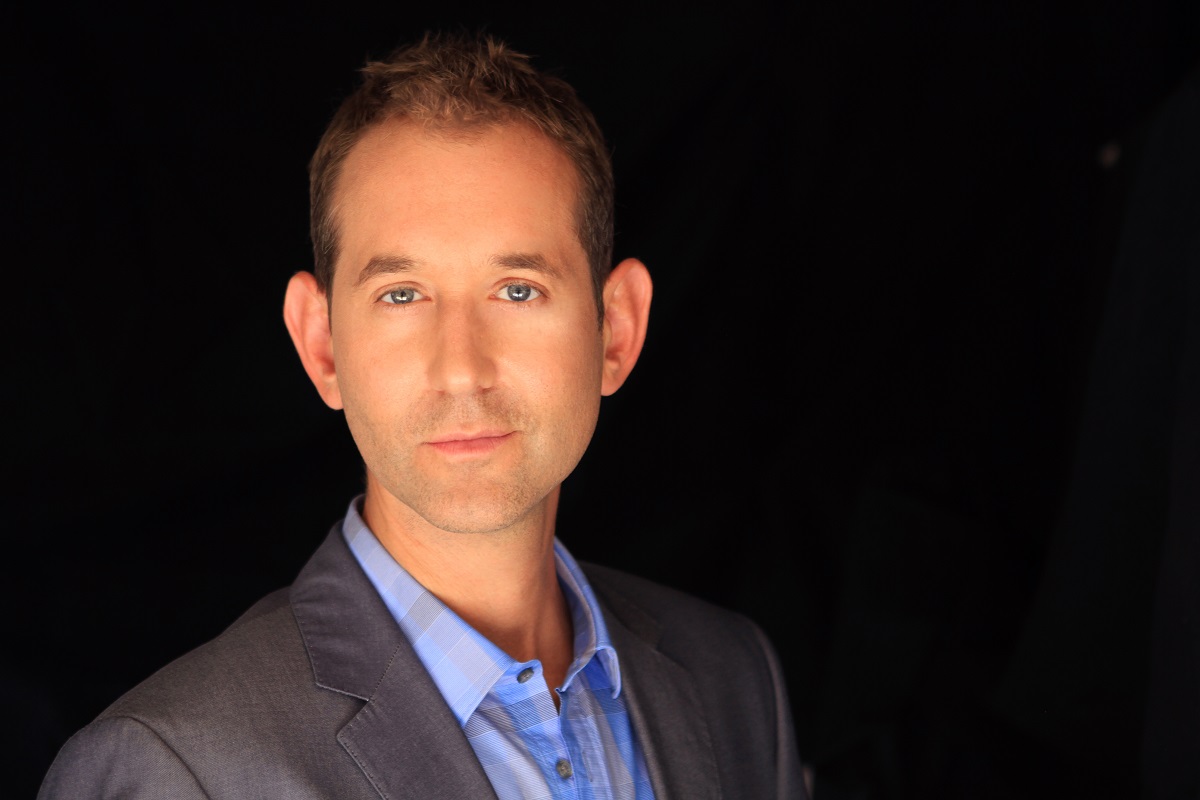 In a candid phone call last week Acher frustratedly noted that “It’s just the reality of filmmaking.” And perhaps he’s right, but, in the following years, he remained undeterred by failure. He shot music videos, created an internationally successful Tampax commercial and edited features for studios.

Concurrent to these paying gigs, Acher continued pursuing his passion. “Two or three other projects got really close,” he explained. “Then the financing falls through right before.” Fed up with the politics and laboriousness of the studio system, Acher pivoted to crowdfunding.

After directing a new film called "#Stuck," and doing a plethora of research, Acher made a startling realization: “nobody had used any of these crowdfunding techniques to raise money not to make the movie but to get it into theaters.” And so with the same vigor that impressed Roger more than a decade prior, Acher began campaigning to get his film to audiences. Circumventing the traditional routes of IndieGogo and Kickstarter, Acher built his own site (for which he “learned how to code”) to avoid paying the high fees associated with web work. Without the built-in community that those crowdfunding platforms supply, Acher had to get creative if he wanted to attract potential donors to the site.

Aside from endlessly sending out emails and tweets, Acher’s project gained traction when he accidentally took home Harvey Weinstein’s DGA statuette after the awards. “We have your DGA trophy,” Acher taunts in a video, “so donate $50,000 to GetStuckInTheaters.com if you ever want to get it back.” A little ingenuity, some ransom, and a lot of persistence ended up making all the difference, as "#Stuck" ended its campaign with $150,000 in donations.

And that brings us up to date, because on October 10th, Acher’s debut will open in limited release across the country, while also being available On Demand and through streaming platforms like iTunes. Find out how to see it here.

Like Roger, Acher approached me out of the blue two years ago requesting that I consider "#Stuck" for review. Unfortunately, emails from aspiring directors, without a publicity team behind them, have become so ubiquitous that they usually get lost in the shuffle. But something struck me about Acher's eagerness, his unwavering optimism. So, I gave the film, which also won the Audience and Best of Fest Awards at the Sun Valley Film Fest, a chance, and, yes, much to my surprise, it's actually good.

"#Stuck" stars Madeline Zima ("Californication") and Joel David Moore ("Avatar") as Holly and Guy, two single 20-somethings who meet at a bar, drink, dance, and then sleep with one another. Like Acher and Ebert's initial interaction at Sundance, this would usually mark the end of the story. But this one night stand is unexpectedly elongated when Guy decides to drive Holly back to her car, which she drunkenly left at the bar the night before. On the way to ending this awkward morning after, the two find themselves ensnared in hellish LA traffic. The gridlock forces Holly and Guy to actually engage with one another, sex not included.

It's a pretty ingenious conceit for a film. So ingenious in fact that you may remember a film Glenn Kenny reviewed here on RogerEbert.com two weeks ago entitled "Two Night Stand." That film, directed by Mike Nichols’s son Max, contains the same premise, except instead of a traffic jam it’s a snowstorm. More irksome for Acher, who has spent nearly a decade working to get this film made, is that he took "#Stuck" to eONE (the same company distributing "Two Night Stand") for distribution not long after they had greenlit Nichols’s script.

In comedy, they say timing is everything. Perhaps that same aphorism should be applied to making it in Hollywood. No matter, the past cannot be undone. It’s been a long and winding road for Acher, replete with unpredictable speed-bumps and roadblocks that most would simply walk away from. But not him.

Roger had a gift for finding and reaching out to people like Stuart: determined and motivated individuals who want nothing more than to do what they believe they were put on this Earth to do. Still, the fact remains that in 1999 the most famous critic in the world gave 10 minutes of his time to watch an unprogrammed short film by a creditless college grad. Roger didn’t have to, and, in fact, if Acher weren’t so dogged, he probably wouldn’t have. But for reasons forever elusive to us, the stars aligned that day, and Roger’s decision to stay in his seat at the Yarrow Bar irrevocably altered the course of Acher’s life.

Now, at last, we can see Acher at the movies. Find out how to see "#Stuck" here.