"Star Wars" in South Africa: "The Force Awakens" in the Shadow of an Empire

Fallen empires influence the regions of their past dominion long after their collapse. In South Africa, a land that had been torn apart over centuries between conflicts with the Dutch and the British that left behind an insidious culture of white supremacy, the stains of the past are still present, though not as pronounced as a wrecked Star Destroyer on the landscape of Jakku. As J.J. Abrams’ “Star Wars: Episode VII - The Force Awakens” looks to the past to define the future of the legendary space opera, I was curious to see how the film would be greeted in a land divided over time by war and mandated segregation. What I encountered in two showings in different cities was a wildly different reaction to the movie itself, though the post-film reactions—particularly to the new characters—were practically uniform. As we still feel today in America, or as can be seen in “The Force Awakens,” change, be it racial or political, is a painfully slow process, sometimes feeling futile in its gradual pacing.

In Pretoria, a city that is approximately 50% white, there’s a general sense of non-state-sanctioned segregation. Restaurants and malls are mostly populated by an affluent white clientele, while the service workers are overwhelmingly black. At a Sunday afternoon showing of “The Force Awakens” at an upscale shopping mall with its own Mercedes-Benz showroom, I caught the first of my two South African screenings of Abrams’ much-anticipated film.

The 3D screening with the mostly white audience was defined by the stoicism of its viewers. Moments that were greeted with rousing cheers from American audiences were given no reaction at all. Even the numerous moments of levity in the film were barely greeted with a chuckle, if at all. Matters weren’t helped by the astoundingly dim projection, which was made worse by the naturally dimming 3D effect. Even worse, the auditorium’s subwoofer was blown, crackling and rattling during many of Kylo Ren’s most menacing moments. As I would find out just a few days later, the theater chain where I saw the film, Ster-Kinekor, doesn’t have the highest standards when it comes to presentation, despite being the most prevalent movie theater chain in South Africa.

Upon leaving the auditorium in Pretoria, each person I talked with said they grew up with the films and had an affection for the series shepherded by George Lucas. Aside from the young child who enthusiastically proclaimed upon exiting the theater, “That was cool, man!” the general reaction was rather tempered. “It wasn’t life changing or anything,” said Denzel, a young black man, outside the theater. When I asked which of the new characters stuck out to him, his reply was simple: “The black guy,” in reference to John Boyega’s Finn.

I then asked a trio of white teens what they thought of the film. Like Denzel, the teens were tempered in their enthusiasm towards the film. The big question on their mind was the lineage of Daisy Ridley’s Rey. “We’re all wondering who’s the girl,” said one of the teens wearing a Nirvana t-shirt. 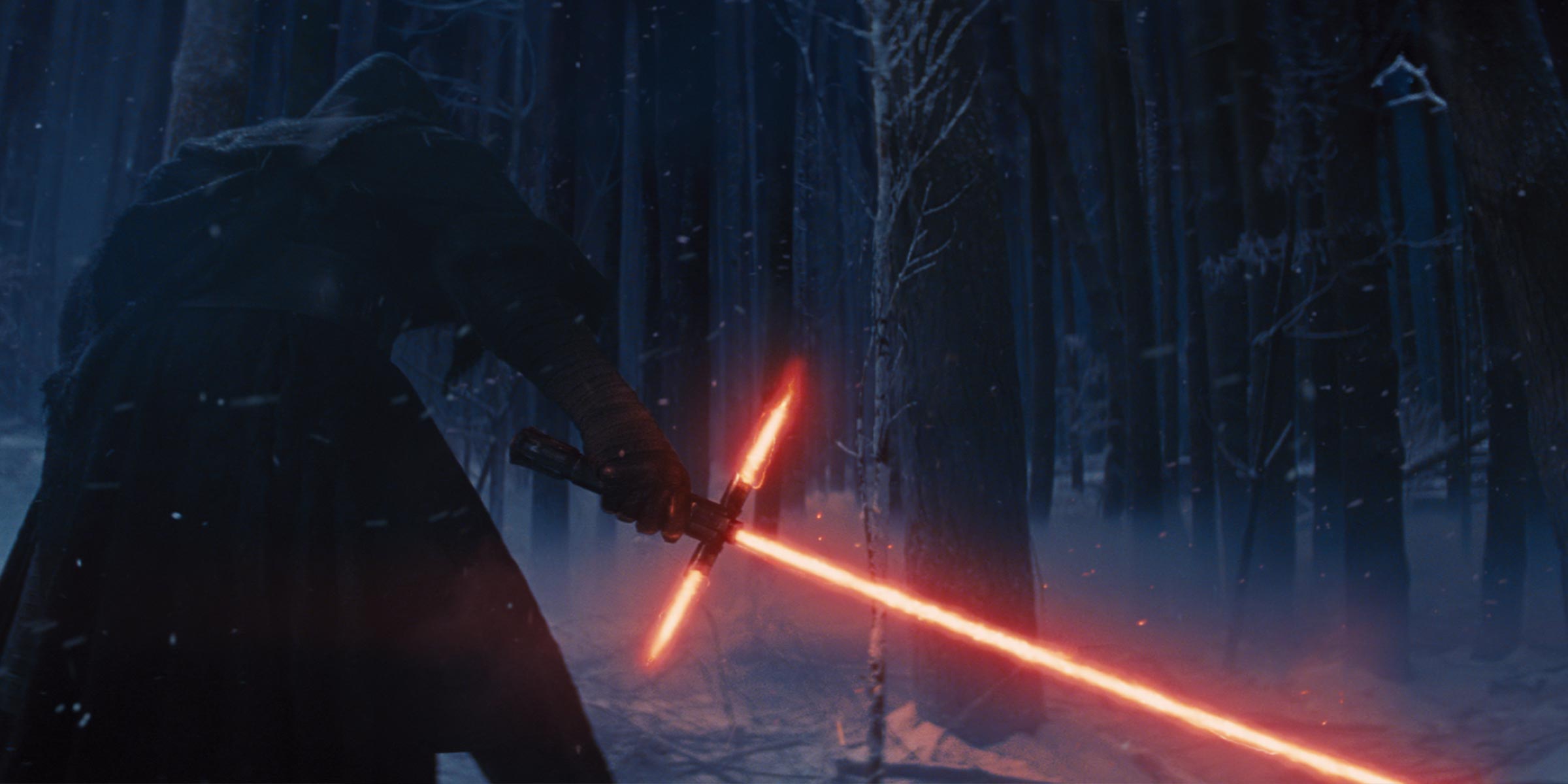 One aspect of “The Force Awakens” that has drawn its fair share of criticism in the United States took on a new meaning for me in South Africa: the lack of change since the fall of the Empire in “Return of the Jedi.” Though by no means do I believe that J.J. Abrams and company intended their space fantasy to have its own well-defined set of politics, its greater deficiencies took on a new significance in the surroundings of Pretoria. The First Order just picks up the mantle of the Empire following its collapse at the end of “Return of the Jedi,” as if over the course of 30 years the New Republic had gone through all those troubles to establish itself, only to leave its constituents disillusioned. Again, I’m likely putting more thought into this than the creators of the film did. But when viewed in the land where Nelson Mandela fought and won against an oppressive regime and which is currently in a state of disillusionment with the wildly unpopular President Jacob Zuma, whose recent shuffle of Finance Ministers has left the South African currency devalued, the Abrams reboot of the Empire has a ring of truth to it. It's as if lacking a transcendent figure of Mandela or Luke Skywalker leads to an apathy and disillusionment that leads to the resurgence of the past status quo. President Zuma has fostered a culture of political corruption, including allowing the escape of Sudanese President Omar al-Bashir, a wanted war criminal, from facing extradition to the International Criminal Court, which combined with severe economic woes could lead to a combustible political climate ripe for extremism on all fronts. Although details are scarce of how exactly the Republic falls apart enough for a new rebellion to take place, it's safe to assume that similar problems in leadership must have taken place for someone like Han Solo to regress back to smuggling and piracy.

Conversely, the feeling around Johannesburg was markedly different. Though it should be stated that I was at another relatively upscale mall and the service workers were predominantly black, the general ratio of customers was much more representative of the city’s overall demographics, which skews closer to around 80% non-white. In the Sandton City Mall the film was once again plagued with projection issues. Early scenes of the film were presented in the wrong aspect ratio of 1.85:1 before slowly adjusting to the 2.35:1 that was intended. Once again, the projection was woefully dim. The inadequacies of Ster-Kinekor’s projection left me with a newfound appreciation for the often pristine presentation experienced at common press screenings. When coupled with the issues affecting screenings of “The Hateful Eight” stateside, the need for projectionists in a digital age came racing to my mind. 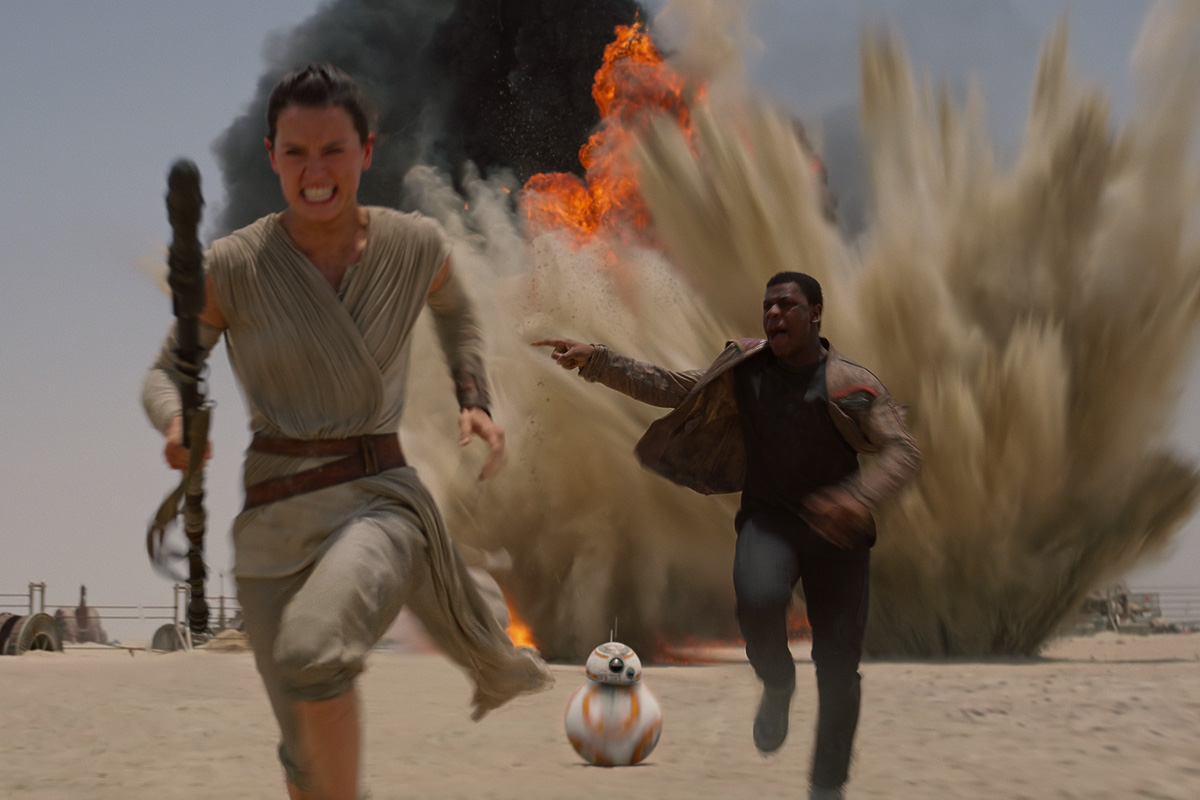 That particular audience in Johannesburg had none of the stoicism that was overwhelming with the Pretoria audience. The more rousing moments of action and comedy garnered more specific responses, with BB-8 and Finn constantly earning more laughter and cheers than the entire film in Pretoria. Outside the auditorium the reaction from audience members who spoke to me was much more enthusiastic as well. “It was interesting. It was well done, the way they continued the series,” said Dave, a thirtysomething white man. “It was all very true to the nature of the movies,” he continued. Victor, a black man around the same age as his friend Dave, was fond of one particular new character: “I like Finn.” Though once again I was presented with a racial divide over the new set of characters, there was a sense of racial harmony over the breakthrough star of “The Force Awakens”—BB-8. Everyone loves that little droid.

Having now seen “The Force Awakens” three times, I’ve gotten a clearer sense of its strengths and weaknesses. Among its strengths, the film constantly propels forward at a blistering pace that doesn’t make its structural flaws too evident in the moment. But there’s a crucial mistake hidden in the film, a socio-political aspect of its internal world that dilutes the film’s story of good and evil. While Kylo Ren embodies a sense of entitlement and lust for power that was present yet never effective within Anakin Skywalker in the prequels—emphasized by his saying “I can have anything I want,” or declaring the lightsaber held by a black man to be his birthright—the true failing of “The Force Awakens” is having its Stormtroopers be merely the product of off-screen brainwashing. It places the power structure of evil as nothing more than a top-down affair, with the army that perpetuates atrocities fully clear of responsibility for their actions. Even the Nazis, which are an obvious influence on the Empire and First Order in design and scheme, didn’t merely brainwash their members: they gave them a belief that they were Übermenschen, that they were superior to all. The same could be said of the British or the Boers that perpetrated apartheid. Yet it wasn’t merely four or five powerful figures and a whole lot of brainwashing, but a system that provided an advantage to a select few and giving them cause to defend an unjust state. While the prequels and “The Force Awakens” have portrayed the Stormtrooper as soldier existing solely through cloning and brainwashing, at least the original films were comfortable in retaining ambiguity about the evil nature of the men behind the white masks.

Like everywhere else in the world, “The Force Awakens” was the number one movie in South Africa, scoring the second highest opening of the year behind only “Furious 7,” which remains the highest grossing movie of the year in the country. But it’s not entirely surprising that “Furious 7” would outrace “The Force Awakens” in this region. Cinema can reflect real life conflicts in fantastical locations or provide us with absurd escapism. In a country that has lived in the shadow of an empire for centuries, whose oppressive regime came to an end 11 years following “Return of the Jedi,” tales of power struggles between light and darkness might reflect reality too closely to be the grand escapist fun that we see it in America, no matter how long ago in a galaxy far, far away they're supposed to take place. As we’re constantly reminded of here in America, it’s painful and uncomfortable to look at the horrors of the past, even through the lens of fiction and fantasy.