Last year, I wrote about a short documentary called “The Voyagers,” a film by Penny Lane (“Nuts!”, “Our Nixon”) in which she drew a parallel between her relationship with her then-husband and the NASA Voyager spacecraft launched in 1977. Santiago Menghini’s short documentary “Voyagers” does not take a personal approach, but rather sums up the the launch, journey and contents of the gold disc on the Voyager probe, all in roughly 15 minutes. While the approach is fairly straightforward, the viewer will no doubt experience something personal, and perhaps remember that something extraordinary may come from this ambitious project that could change life as we know it.

"Voyagers" begins with a recording that sends greetings to whomever (or whatever) might find the Voyager one day, a message that states that how human existence is but a small part of all of life—one of many sentiments that lingers by the end of the film. Menghini lets the images speak for themselves, using the essential music of Bach and Beethoven as accompaniment. "Voyagers" will inevitably remind viewers of Terrence Malick’s “The Tree of Life” until a segment that compresses the entire history of the project into just a few minutes, at which time "Voyagers" springs to life with the rousing “El Cascabel.”

The film shifts perspective, from the conception of the Voyager to the contents of “The Golden Record” to the recorded images of the solar system to the messages of greetings from world leaders. It never adheres to a certain logical narrative, which is among the film’s strengths. The conception of the Voyager spacecraft and its journey does not matter as much as the powerful images and the feeling of endless nothingness it transmits back to our planet. Menghini’s film intends to stir the soul more than educate, but manages to do both in a way that reminds us of what's out there and what's bigger than us.

“Voyagers” is meant to be seen on a big screen in a dark room and if you can manage that, I highly recommend it. Even if you can’t, the experience provides plenty of rewards. 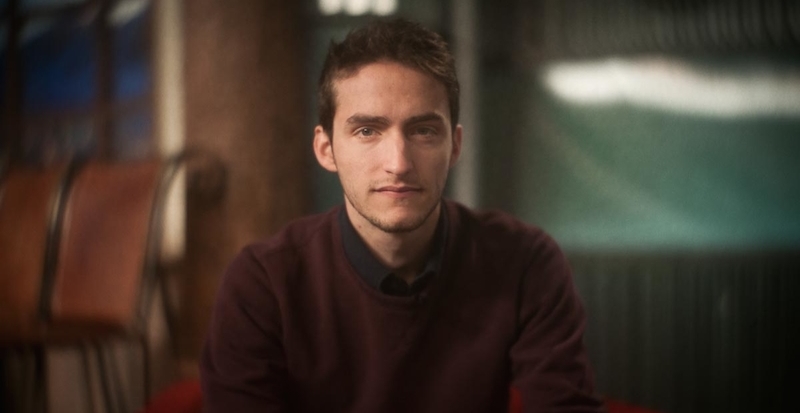 What drew you to this project?

At first it was the romantic idea of the Voyager mission itself. The idea of sending scientific instruments in a specific, well-coordinated path in space to observe the gas giants for a prolonged period of time is simply astounding. To have those instruments relay information back to Earth—to help explain the ever-growing complexities of our solar system is, in my opinion, mystifying. To top it all off, place within these spacecrafts messages of our existence in the universe. Messages to say to a potential alien civilization, "This is our music, our nature, our culture, our humanity, and our earth." A concept to extend our presence in the universe and to also expand our perception, as living beings, in the vastness of space.

A mission, I believe, that will live on—not simply for its accomplishments in expanding the understanding of our solar system—but for providing us the opportunity to reflect beyond the horizons and open up our perspective to wonder. The second element that drew me to start the project was uncovering a collection of sounds associated with the Voyager spacecrafts. These were electromagnetic frequencies captured by the Voyagers and converted to the sound spectrum. Here are some examples.

These sounds help germinate the concept of creating visuals for each recording. I wanted to experience seeing and hearing the planets—as if traveling along with the Voyagers themselves. From that point on, the project was underway.

The film lacks a logical narrative that many filmmakers would have used as their approach (conception of the Voyagers to their journies to present day). But your film goes all over the place (in a good way). What went into that decision?

That is a very good question. At the start, I wasn’t certain how my edit would progress but I knew I needed to address specific core concepts early. My approach was a sort of building block method. I had set pieces that were complete in themselves and it became a matter of putting those sequences together. I was trying to create fluid transitions that would allow me to go from one idea to another. By this I mean, transitions that were conceptually functional, visually interesting and sonically coherent.

I certainly considered creating narrative continuity with a voiceover but felt that would take away from the experience the film could provide. Also, I didn't feel the need to explain everything to the audience—if anything I wanted the opposite—to encourage wonder and questions about what they are seeing; in some level attempting to recreate the feeling the missions themselves create about the vast unknown. 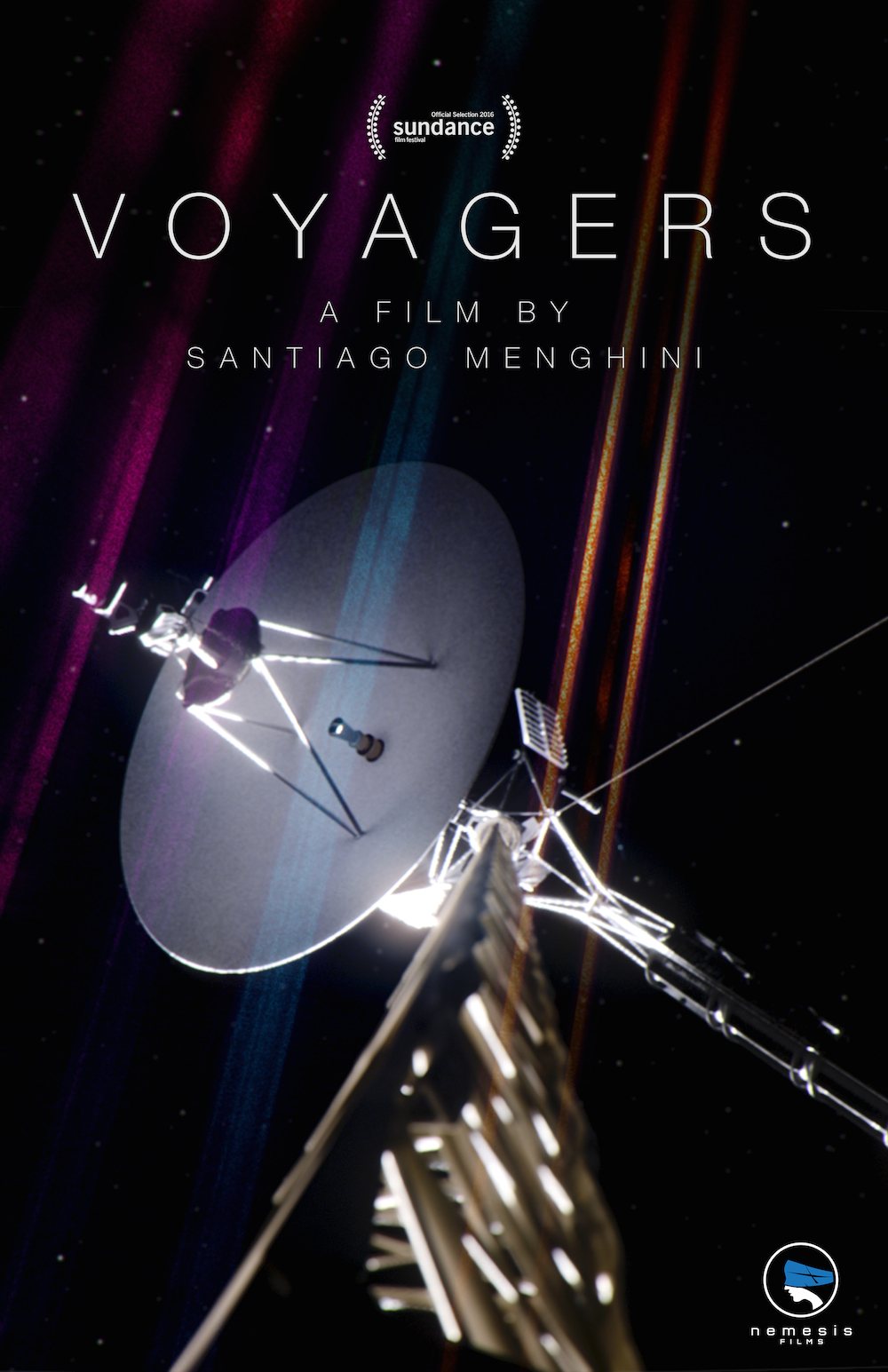 What was the research like? How long did it take to get all the material?

At first I was a bit careless about my research. I was more focused on what was motivating me at the time and put the research aside. I don't think that was a bad thing, quite the opposite, but it certainly needed to be addressed at some point. I allowed myself to indulge in my imagination. I created a temporary visual for the film and showed it around to a few people.

Quickly, I realized I made some mistakes in relation to the science. I was focused on more of what looked interesting rather than what was historically correct. For example, in the first draft—I placed a small blinking light on the Voyagers. Aesthetically, it was very pleasing, it helped indicate where the craft was in space and provided a sense of its instrumentation. But upon reaching the matter—I quickly realized a light would be absolutely useless—and that my visuals needed to be redone!

From that point on, I didn’t want to make the same costly mistake again. So, I actually let the project rest for a bit. I didn't work on it for a few months but then the opportunity came again to start reshaping the film. This time, I decided to approach the research head-on. I dug through research archives, interviews, books, blueprints, raw voyager data, and more. I was almost trying to absorb the mission through information.

This process certainly took a while but it was always ongoing. For the entirety of my production, I was almost constantly revising or making adjustments depending on new information I uncovered. Surprisingly, I managed to find the right balance.

Overall, if I ever embark on another similar project I would probably approach it the same way. I think that initial careless approach opened my imagination for what was possible; something I do not think I might have done if I had solely approached it from an analytical or forensic mindset.

If people want to see more of what is contained on “The Golden Record,” what would you recommend?

The NASA voyager mission website is the best source to start your search.

The only drawback from the NASA site is you are unable to hear the music contained on the record. But the good news is … I have compiled all the tracks into one master here.

What do you hope people will get out of seeing this film?

That is a tough question. Hopefully if I have succeeded—the film will instill a bit of the wonder that comes naturally out of the Voyager program: The wonder about human ambition, exploration, our place in the universe, time and our legacy. I am not the author of these concepts but simply am trying to amplify the their message, because regardless of where you are on Earth—the mission is universal. My hope is to remind you of that, and to maybe help you reflect on that mission in a different and new cinematic way.

I have a short live-action horror film project lined up to shoot in the coming month. I'm very excited to jump back into the narrative world after "Voyagers." I'm eager to step away from the research and dive straight into the practical and surreal world of my next film.

Voyagers from Santiago Menghini on Vimeo.