Once again, Magnolia Pictures and Shorts HD have banded together to make sure the Oscar completists out there can be well-informed when filling out their ballots for contests or office pools. All three categories—Live Action Short, Animated Short and Documentary Short—will each be given their own individual showcase, both theatrically (Jan. 29) and On-Demand (available Feb. 23 via iTunes, Amazon and Google Play, among others). One film in particular, Don Hertzfeldt’s animated masterpiece "World of Tomorrow," is already getting a boost in exposure thanks to its current availability on Netflix, which might set a new precedent for how short films are presented or distributed in the coming years. 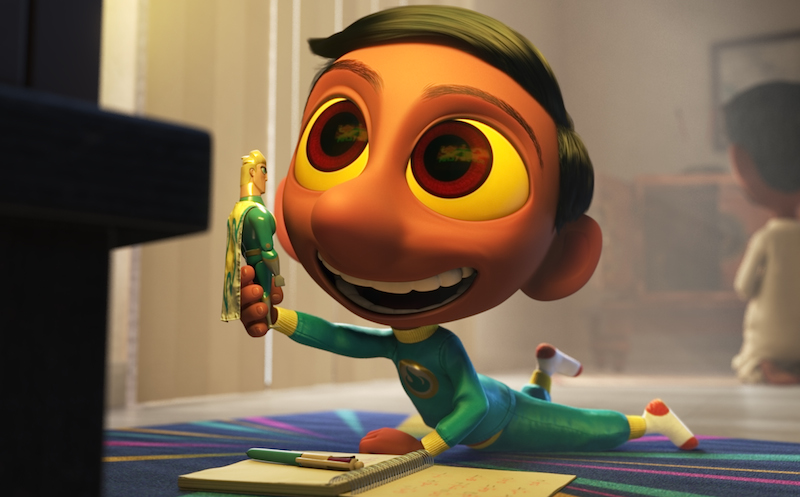 The animation block is filled out with charming, light-hearted and family friendly animated films that weren't nominated for the Academy Award, like "If I Was God" (9 min.), "The Short Story of A Fox and a Mouse" (6 min.), "Catch It" (5 min.) and Bill Plympton’s "The Loneliest Stoplight" (6 min). The only film in the entire program that is not age-appropriate is "Prologue," which will screen last and will be preceded by a parental guidance warning.

The nominated Chilean short "Bear Story" (10 min.) is an alternately charming and sad film that tells the story of a bear who constructs a mechanical diorama, made up of mechanical characters who act out the story of how he got separated from his family to become a circus performer. Gabriel Osorio’s film has a wonderful texture to it, which appears to mix photorealistic animation with puppetry (I could be wrong about that). The nuts, bolts and gears of the device appear in every frame once that part of the story kicks in and the result is a visual marvel.

The aforementioned "Prologue" (5 min.) is directed by Richard Williams, perhaps best known as the creator of what would have been one of the greatest animated films ever, but instead became 1993's “The Thief and the Cobbler.” This film opens with a shot of hundreds of used pencils followed by a large stack of paper. Williams’ film is visually composed entirely of that stack of pencil drawings, and is quite stunning as it recreates an incident in the Spartan-Athenian wars from 2,400 years ago.

"Sanjay’s Super Team" (7 min.) is Disney/Pixar's yearly offering and tells the story of an Indian boy whose imagination takes him to his favorite animated TV superhero show, “Super Team” during his morning prayer. The film works best in its opening moments and continues Pixar’s strength in visual storytelling. While the coda of the film is undeniably touching, the film just doesn’t quite rank up there with Disney/Pixar’s most memorable works of recent years. Still, it is nice to see diversity existing somewhere in the Academy’s ballots.

"We Can’t Live Without Cosmos" (15 min.) employs simple 2-D animation, focused on two lifelong friends who are about to become astronauts. One of them gets to space, and complications ensue. It’s clear that director Konstantin Bronzit has an affinity for space travel with another nominated film that uses few words and the result proves that story and emotion can be enough to compel a viewer, even if the animation is less than spectacular.

I wrote about "World of Tomorrow" (16 min.) back in November and interviewed its creator Don Hertzfeldt. Without question, it's my favorite film of the bunch and the only short film to make my year end Top 10 list. Could it win? Netflix's extra exposure can only help and the movie is loved the world over, but Disney/Pixar have a strong history of winning in this category and they also have diversity on their side. Tough call. 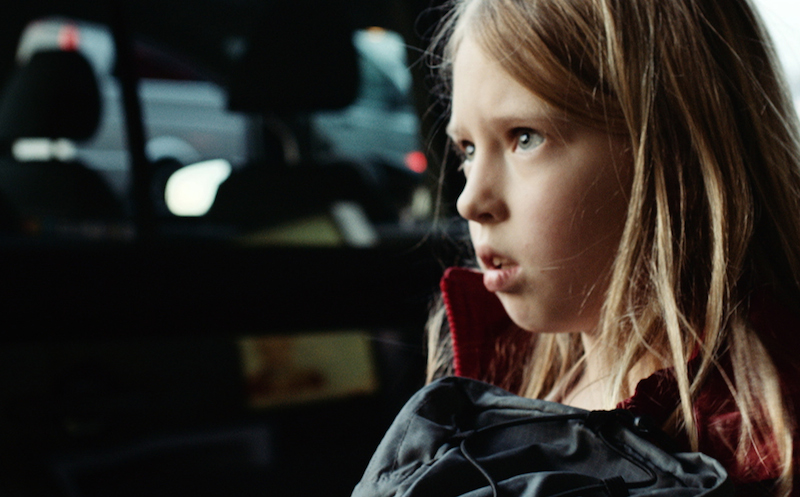 From Germany comes "Alles Wird Gut (Everything Will Be Okay)" (30 min.), my favorite of the five live-action shorts, in which a divorced father takes his eight-year-old daughter out on what, at first, seems like a standard weekend outing, but eventually turns into a life-changing mission that will forever alter their relationship. Patrick Vollrath’s film has a naturalness and immediacy that make this domestic drama (with two phenomenal leads) feel more and more like a thriller.

On the lighter side, from Palestine comes "Ave Maria" (14 min.) When an Israeli man’s car smashes into a Virgin Mary statue in front of a settlement in Arab territory, it is up to the nuns in the parish to make sure the man, his wife and nagging mother can get out of there and be on time for the Sabbath. This slight and unpredictable little comedy has little nuggets of charm, and to watch people of different religious backgrounds problem solve together is nice to watch. Director Basil Khalil gives the film a more cinematic touch than one would expect given the material.

In Henry Hughes' "Day One" (25 min.), a female interpreter in Afghanistan is put into the delicate position of having to deliver a baby from the wife of a terrorist. This film is based on a true story and does an excellent job of putting the region’s customs into context with regards to gender and religion while never using the film to condemn the customs of either. Part of the film’s power comes from the fact that director Hughes grew up an army brat and spent two tours in Afghanistan, lending the film a real authenticity. Layla Alizada’s strong performance is also among the year‘s best (for shorts or features).

Every year in this category, the Academy must nominate a coming-of-age film about two boys who get in over their heads. Jamie Donoughue’s "Shok" (21 min.) is that film. Here, two best friends find their friendship coming apart as they deal with bravery (or lack thereof) during the war in Kosovo. The key to a short like this working at all is having a believable friendship and honor code between the two boys, and Donoughue’s film accomplishes just that. The final conflict comes off a little too trite and predictable, but the strength of the performances make it work.

In the well-acted and thoughtful "Stutterer" (13 min.) a man with a stutter comes to grips with the idea of meeting a woman in person whom he’s had an online relationship with for 6 months. Writer/director Benjamin Cleary’s film delves into the mindset of someone who has to deal with the day-to-day struggles of having the words in front of him, but finding it almost impossible to say them, compounding with the lack of real intimacy in his life. 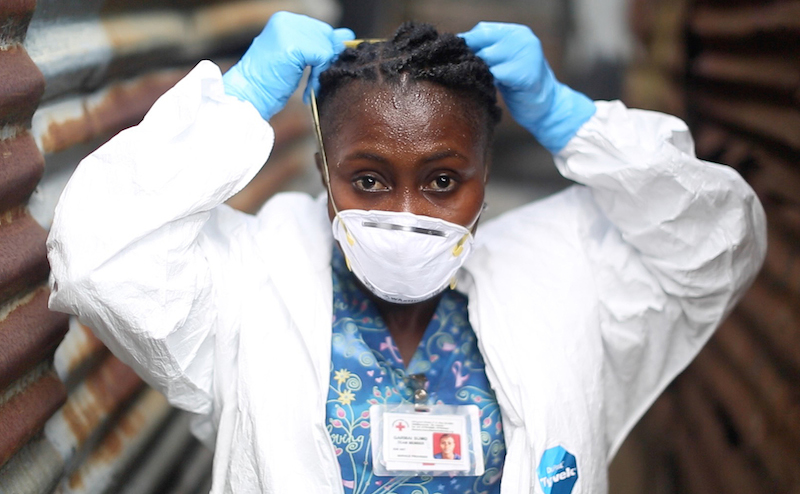 The title "Body Team 12" (13 min.) refers to a team of Red Cross workers in Liberia who have to go in and remove the dead bodies from villages at the height of the Ebola outbreak. There is only one female member of Body Team 12 and the film mostly tells its story from her point of view. The thick suit of plastic she has to wear has metaphorical meaning as well as she must protect herself from more than just deadly diseases. Though a stirring documentary about a most thankless task, it feels a bit unfinished and could use a bit of historical context to make it truly meaningful.

"Chau, Beyond the Lines" (34 min.) looks at how survivors in Vietnam are still paying for Agent Orange and the generations of kids growing up with deformities and disabilities. One such person, Chau, a talented and passionate artist, refuses to be a victim and go through life accepting government hand-outs. Courtney Marsh’s documentary presents a matter-of-fact depiction of a man at odds with his physical limitations, but with little in the way of self-pity. Marsh complements his outlook with a film that, likewise, never yanks at the heartstrings, but instead follows the journey of a man who is making the most of his talents as a way of proving that one doesn’t have to make a living being a victim.

Adam Benzine’s "Claude Lanzmann: Spectres of the Shoah" (40 min.) chronicles the production of Lanzmann’s landmark documentary "Shoah," which took over 15 years to make. Lanzmann immersed himself into the project so much that he got arrested during production and almost killed himself during the editing. Benzine clearly adores Lanzmann, even if the film opens with Lanzmann's contemporaries expressing that the megalomaniacal director made a significant filmmaking exercise much more than a significant film. Lanzmann himself expresses mixed feelings. Benzine's film is an engrossing tale of artistic ambition.

"A Girl in the River: The Price of Forgiveness" (40 min.) tells the story of Saba, a young woman in Pakistan who had been shot and left for dead in a river by her father and uncle. She survived and now the two are in jail for what they consider “an honor killing,” which in Pakistan can be justified by the courts if the village elders can put enough pressure on the accuser to forgive. Sharmeen Obaid-Chinoy’s documentary follows both sides of the story and taps into the anger and frustration by the outsiders (lawyers and criminal investigators) who cannot understand how any of this can be permissible. Obaid-Chinoy’s film is about forgiveness and one of the most complex films about that very subject.

Dee Hibbert-Jones and Nomi Talisman’s compelling "Last Day of Freedom" (32 min.) could have been a mini-“Making A Murderer." Instead, they take a more intimate approach by interviewing Bill Babbitt, the brother of a Vietnam vet with a strong case of PTSD who faces the death penalty. The film also distinguishes itself by being completely animated, employing rotoscoping as a way of documenting flashbacks without the burden of re-enactment.

For more information on the Short Film Programs and where they will be screened, please visit the Oscar shorts site.