Author's note: This month’s short film, Ryan Oliver’s “Air Conditions," will only be available for free on Vimeo until October 13th. The film will then be released on DVD along with Oliver’s “Restoration” as part of a combo pack titled “Red Drops on Blue Collars” (availability TBD). More information can be found here.

In the wake of Wes Craven’s death a few weeks ago, a few writers pointed out the effectiveness of the first 10 minutes of Craven’s 1995 film, “Scream.” It started out innocently enough with Drew Barrymore’s character spending a night at home watching a horror movie only to get a phonecall from a mysterious stranger. Circumstances started to get really tense, and the scene built up into a classically scary scenario involving a call coming from somewhere inside the house. This pre-credits prologue made for a great short film in and of itself, and made the case for horror being a viable genre for the short film format. Its effectiveness all depends on the strength of the actors, the use of scenery and how long before the audience begins to feel uneasy. In 10 minutes, Craven and his team managed to pull off a mini-masterpiece.

There is also a case to be made for stretching out the proceedings, as in Ryan Oliver’s “Air Conditions.” The film runs 35 minutes and tells a very simple short story about an air conditioner repairman (John Fenner Mays, billed simply as Service Man) trapped on a rooftop in Chicago. He gets called in for what he thinks is a routine job to fix a rooftop air conditioner. Surrounding the unit is some unidentifiable goo that causes him to get stuck there permanently. The Building Manager (Leo Resudek Jr.) who hired him is a strange man in a bathrobe who clearly has a plan for the Service Man, but says nothing. He just makes periodic trips to the rooftop with items to help him with … something. The repairman grows more scared and pissed off as the day goes on, while also doing anything he can to increase his chance of survival. Of course, he left his phone in the van.

Oliver’s film builds slowly, establishing first the mundane existence of the blue collar Service Man. When he gets into the elevator with the Building Manager, Oliver spends time focusing on the gears and cables that make it go, along with other minor details, such as bugs dangling from spider webs, instilling a feeling of dread as the conversation between the two stays minimal, which is just how the Building Manager wants it. Once the trap is set, the camera stays on the rooftop for the remainder of the film. Although the film only runs just over a half-hour, it gives the feeling of being trapped for the entire day, the strong breeze being the only sense of comfort for the poor repairman. A 15-minute film could never truly convey that feeling for a horror piece.

Oliver and cinematographer Alejandro Garcia shot the first few moments on the rooftop almost like a Western, with the two adversaries occupying a wide open space. After the entrapment, the camera becomes more shaky and with Mays staying in mostly close-ups, giving a strange feeling of claustrophobia in a place where there is nothing but air. Mays has a tough job here of carrying the film and having to convey the primal need for survival. It’s a great performance that reminds one of Ryan Reynolds’ work in “Buried” or James Franco in “127 Hours.” Oliver also gets credit for casting an older gentleman who has the real look of a working-class type instead of opting for a younger looking victim.

“Air Conditions” is a solid, chilling tale with an ending that would make Stephen King and Rod Serling proud. Oliver has plenty of talent with the camera, as is also evidenced by his follow-up, “Restoration” (which runs 44 minutes). While it may be easy to criticize the movies for their length, there is something inspiring about seeing a director who shuns conventional wisdom regarding the ideal length of a short (the shorter it is, the more festivals will play it). In the end, “Air Conditions” benefits greatly from Oliver’s choice to linger on the dread instead of rushing through it. 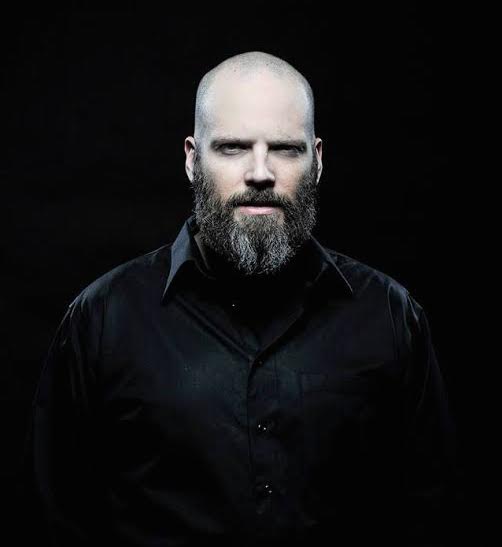 In both "Air Conditions" and "Restoration," your characters have been blue-collar, working-class types. Is that part of your own background?

Somewhat, yes. I have both white and blue collar in my family, and I suppose I relate with blue collar types a bit more for whatever reasons. My dad was a beer distributor growing up, and my Uncle Cary drove a truck. I think audiences can easily put themselves in the shoes of a person who makes their money with sweat on their brow. The blue-collar aspect of both of these films kind of became my calling card for a minute. I didn't plan it but I'm not gonna fight it either.

Let's talk about the production. Most of the film takes place on a Chicago rooftop. What were the challenges of filming in such a location?

I needed a building that had no structure taller than it within direct proximity, it had to be the biggest building on the block. No snoopy neighbors to witness the horror below and call the police. So the hunt for the proper building that would be film-friendly took a while. In the end we ended up using the Pickens & Kane warehouse on Goose Island. It was right in front of me the whole time and worked perfect. This age-old structure has a channel in it where trains pulled in and unloaded goods. It also has a dead street address, which I love. I persuaded my way onto that location with a little charm and plenty of beer. The other big obstacle was that it rained all throughout production week and we had to constantly squeegee giant puddles of water across the roof and wait for the sun to dry it out so we had some continuity on set. Also the bathrooms were not easy to get to. Some of us were peeing in water bottles and hiding them on the roof in Howard Hughes fashion.

Your films go against conventional wisdom regarding the ideal length of a short film that would help give it a successful festival run. Are you conscious of length when you're filming/editing or is it more about the product itself?

I've been very hard-nosed about not regarding the length of these films while making them. My feeling at the time was to let the story be what it wants to be. I'd rather have a strong half-hour than a dragged out & bloated hour-plus picture. But there's no doubt that I've compromised my inclusion in some festivals due to the odd runtime. It makes me all the more proud for the festivals that I have gotten in, knowing that in some cases they sacrificed four ten-minute shorts to make room for my mid-length, instead of the other way around. But the festival run cycle is only a year, I have to live with these movies the rest of my life and that outweighs satisfying conventional programming practices.

I think the length works, especially in maintaining a feeling of dread throughout. Is there much improvisation on the set with the camera in getting these cutaways that help establish that mood or do you storyboard everything?

“Air Conditions” was fully storyboarded. I discovered our location early on and replicated the blueprints in my storyboarding software. We ended up re-imagining the final sequences due to the creature circumstances I just touched on, but there's an animatic I made that is basically a cartoon version of the movie, it's pretty spot on in comparison. There were some moments that made it in the film that I didn't plan for, rather my crew would discover something and bring it to me for consideration. It's a big, weird building and the more we explored the more cool stuff we found to include in our footage.

There is the scene where The Building Manager walks through the dark room towards the brightly lit passage and slams the door behind him, leaving the audience in darkness. We found that while exploring and it became the movie's final shot. I remember at the time, I asked my DP to stand where I wanted camera to be while I acted out the part for his feedback. I slammed the door like I wanted the character to do and ended up locking myself in that room with spiders and dead rats for a long time.

Talk about the cast. How did you find these two?

John Fenner Mays is a SAG actor and a veteran of Chicago theatre. We have lots of mutual friends but I came to know him as his girlfriend was my co-worker at Fletcher Camera at the time. He's such a good guy he'd be by most every day to pick up his lady from work. After awhile I got to know him and started sizing him up for the part. He really delivered above and beyond what I was hoping for. I was a first-time director figuring things out and he was really supportive of me, same goes for a lot of people on that shoot.

Leo, on the other hand, is a locksmith by trade. I knew I wanted the antagonist character to be wizardly and a total recluse. One day Leo shows up at my work to change some locks and he walks past me while the movie was hot on my brain. I knew it was him in an instant. I cornered him and convinced him to play the part. He worked out great. He's since cleaned up a bit and no longer looks like an evil Santa.

These "half-films" are coming out together on DVD. I've also got some business partners in Los Angeles who are working hard to secure financing for a feature screenplay I wrote a while back that is a violent and psychedelic home invasion period piece set on the eve of Y2K. I've been describing it for years as “Home Alone” meets “Jacob's Ladder.” One way or the other, that's the next big project. I might squeeze in a music video or two as well.