A Small-town Film Festival Fights to Save a Local Theater

The unlikely home to Iowa's longest-running independent film festival (Tipton's population: 3,200), the Hardacre Theater drew movie lovers from all over the Midwest but closed as a first-run theater as 35mm prints became scarce. Tipton residents formed the Hardacre Theater Preservation Association and launched a fundraising campaign on the Indiegogo website to purchase the theater.

"We chose the online crowdfunding route because it opened up our donor pool, and that's the only way a small-town theater like ours could raise the sufficient funds," said Will Valet, director of the Hardacre Film Festival and vice president of the Hardacre Theater Preservation Association. "Almost every moviegoer has a special place where they grew up watching movies. The Hardacre has been that place for generations of Iowans. We're trying to connect with potential donors who can relate to that."

The group has until Jan. 30 to raise the money to purchase the theater, then it will start raising additional funds to renovate and upgrade to digital projection. Until then, the future of the Hardacre Film Festival and the fate of the Hardacre Theater are up in the air.

"Roger often wrote about seeing films in movie palaces as being a different, more magical experience than this generation experiences in multiplexes," Valet said. "We're trying to keep our piece of movie magic alive in Tipton."

To find out more or to donate to the "Save the Hardacre" campaign, click here. 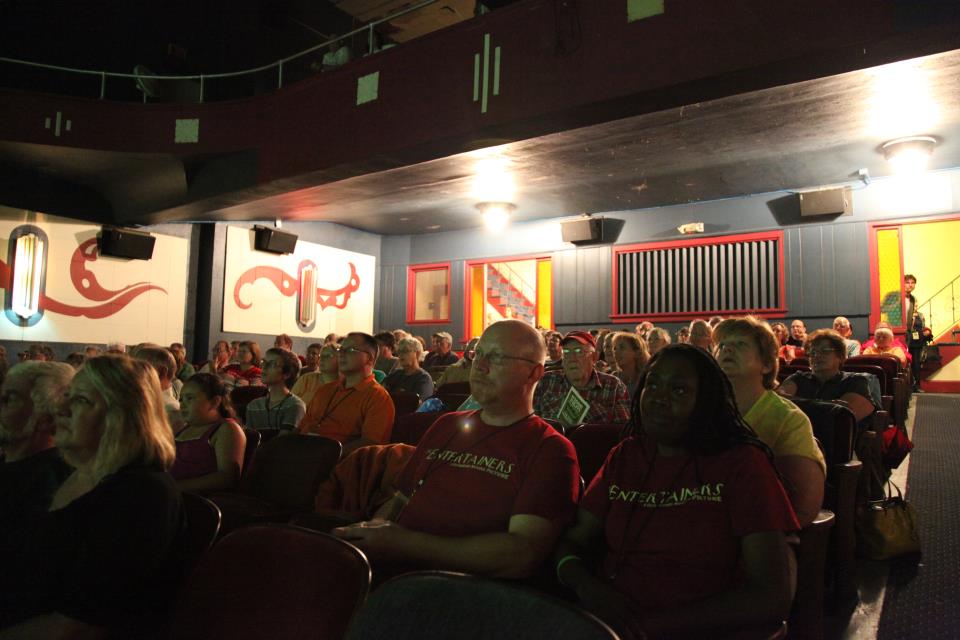