Congratulations, you have indeed been played. The architect of this xenomorphic rickroll is, befittingly, Sir Ridley Scott. "They want Alien? I'll give them Alien!" I imagine he would gruffly state, chomping on a cigar. From there we get “Alien: Covenant,” which combines the grandstand philosophizing of 2012 pseudo-prequel “Prometheus” with the gory thrills we've come to expect from Aliens one to four, and to a lesser extent, the “Alien Vs Predator” duo. After the second of those, the execrable “Aliens Vs Predator: Requiem,” Giger's monster had been turned into a lumbering villain, less perfect organism and more James Arness in “The Thing from Another World”. It's time had clearly come to an end.

After “Prometheus” was stripped of most things "Alien"—and subsequently suffered critically for it—“Covenant” feels like Fox and Scott got together and agreed to dial up the xeno-factor to eleven. Thus, you have facehuggers, chestbursters, and the final titular creature itself, all rampaging around dark catacombs and shadowy spaceship corridors scaring the life out of the crew of the Covenant, themselves vague analogues for characters from the previous films, although "character" is a bit disingenuous—Ridley isn't really interested in them. Daniels, Katherine Waterston's plucky Ripley surrogate, is given most of the attention, even put front and center as the hero of the film.

But she isn't. David is.

“Covenant” is ostensibly a remake of “Alien,” with strands of “Blade Runner.” The ship is brought out of hypersleep, goes to explore nearby planet, bad shit happens, monster is taken aboard ship for a final deadly confrontation involving the heroine and an airlock. But instead of coming from the point of view of the humans, Scott instead places the narrative squarely at the bare feet of David. It's not immediately played like this, of course; the first act of the film is relatively close to both “Alien” and “Prometheus,” but as soon as a cloaked David shows up to save the day after the crew encounters a pair of deadly "neomorphs," the story does a 180 and begins to unfurl its ideas like the long, bony fingers of a facehugger. 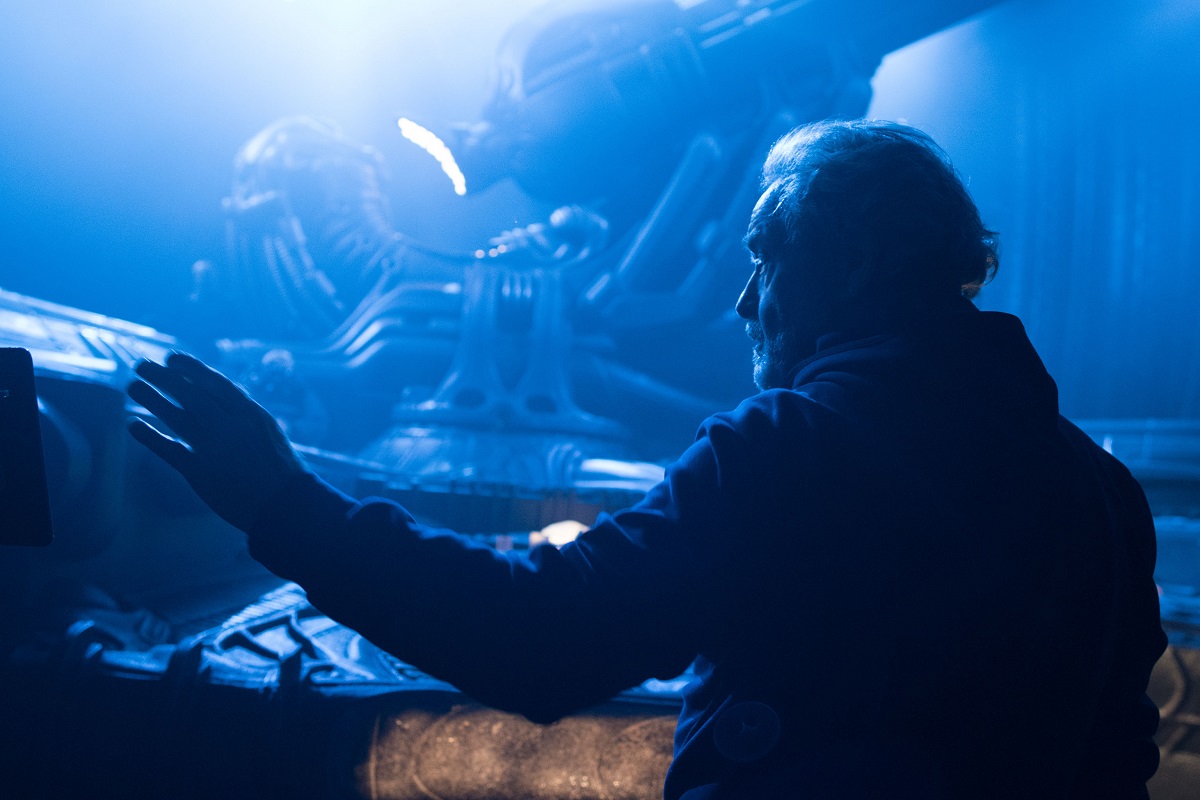 It's where this goes that has correctly seen people linking the film to Ridley's other science fiction masterwork, 1982's “Blade Runner,” as new android Walter is introduced to David. Synthetic humans have had a focus throughout the series, but through “Prometheus” and now “Covenant,” it's clear that this is a new "Alien" saga from the perspective of David, whose crucial differences to updated model Walter include retaining the ability to create. Much like Roy Batty, David is aware of the need for meeting your creator—both characters do, with different results. David is aware from Peter Weyland that he was essentially created in the name of servitude. What Roy seeks from Dr. Tyrell is not only meaning for his life but an extension to further explore that meaning, the answers to both disappointing. David is given the understanding; he knows what he was created for; he knows that his creator has since snatched that away from his successors, and his conclusion is his superiority to humans. This is his metamorphosis: belief in himself as a deity, one that can not only create but have a significant impact on the race that would doom him to slavery.

Advertisement
It's this path that Ridley treads beautifully, with cynicism and fascination for the character and his scientific shenanigans: his dingy lab with clear allusions to Whale's “Frankenstein”; the experiments on Elizabeth Shaw; the flashback to his genocidal act upon arriving on the world he rules. Even when he tries to turn Walter into an ally and realizes he can't, he turns on his creator by turning on his “improvement.” He doesn't really need Walter, as the crew of the Covenant have given him what he desires: live subjects for his experiments, which inevitably involve eggs and facehuggers, and from which he can see his creations evolve into the archetypal xenomorph.

Like in “Prometheus,” creatures are born from their host in different ways; the neomorphs, with their bulbous white head like Beluga whales, split apart the host body in an impressive display of power, while the xenomorphs are born the traditional way, although it’s in the first example of this that Scott skewers the scene that made his career. Billy Crudup's ship captain is the first to burst, as it were, and the chestburster's exit is as gory and sickening as before, but it's the aftermath that changes everything. The chestburster is itself a new model—instead of the more snakelike original creature, this is like a tiny version of the xenomorph itself, which unfolds as it stands up, stretching like it's just got out of bed. David stands before it and raises his hands, the creature does the same. Instead of the innate shock, we have a tender father seeing a new baby being born, and the sudden realization that not only is David breeding these, but he seems to have a modicum of control over them. 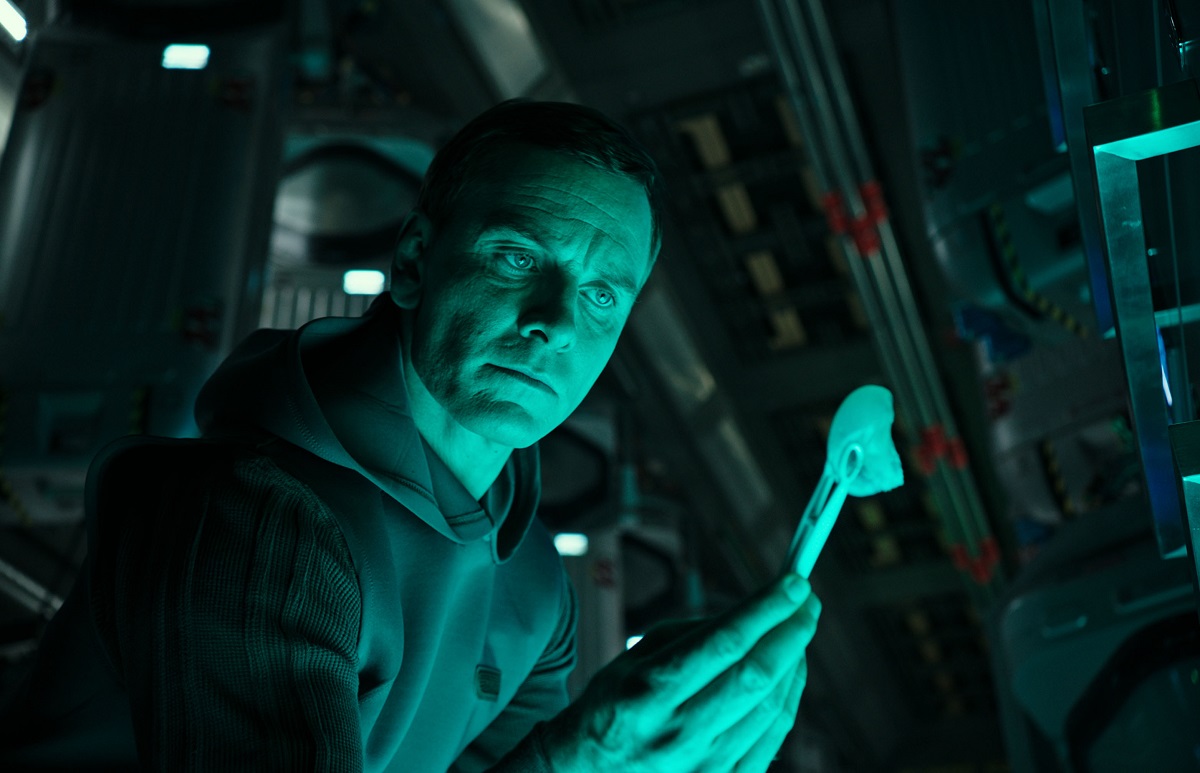 And that makes the end of the film all the more horrifying. After the final alien has been dispatched by Walter, Daniels, and Danny McBride's Tennessee in a strangely perfunctory action set piece, the usual “Alien” ending sequence is repeated; the crew are safe, and everyone is about to go into hypersleep so they can live happily ever after. Until, that is, Daniels realizes that the synthetic setting her unit to sleep is David, not Walter. The film ends with David cheerily asking computer unit Mother to play Wagner before moving into the stasis compartment, where alongside a selection of frozen human baby embryos he places two tiny baby aliens.

David's journey reflects Ridley Scott's attitude toward the alien and certainly of his career and his reputation as a fearless creator. And like David, he has experimented and experimented with little care for what others think, and by returning to the fertile ground that sent his career into overdrive he has trampled on holy ground, slaughtered the sacred cow and is sitting at the mountain not giving a fuck, while lynch mobs form at the bottom with pitchforks and torches. In her review of “Blade Runner,” Pauline Kael famously slaughtered the film and Ridley Scott, a piece that, according to a 2014 interview with MTV, stopped the director reading press. His response perhaps sums up how he’s approached his return to the franchise he created:

“I don't make films for other people, I make films for me, and, so far it's pretty good because I'm still here after thirty-five years. So, there's a good expression: fuck you very much.”