At RogerEbert.com, we are heartbroken to learn of the sudden death of Prashant Bhargava in New York City. Roger gave his film, “Patang” (2011) four stars, inviting him to present it at Ebertfest. Bhargava was a meticulous artist, a consummate auteur, whose craft affected every detail of his films. His source materials and canvases were the Indian experience, in India as well as in diaspora.

His experience came from extensive work in advertising, working with NBC and PBS. He was a commercial director, with experience promoting HBO’s “The Wire,” “Def Poetry Jam” and “Oz.” He directed Music videos for such major artists as Missy Elliot and Talib Kweli. 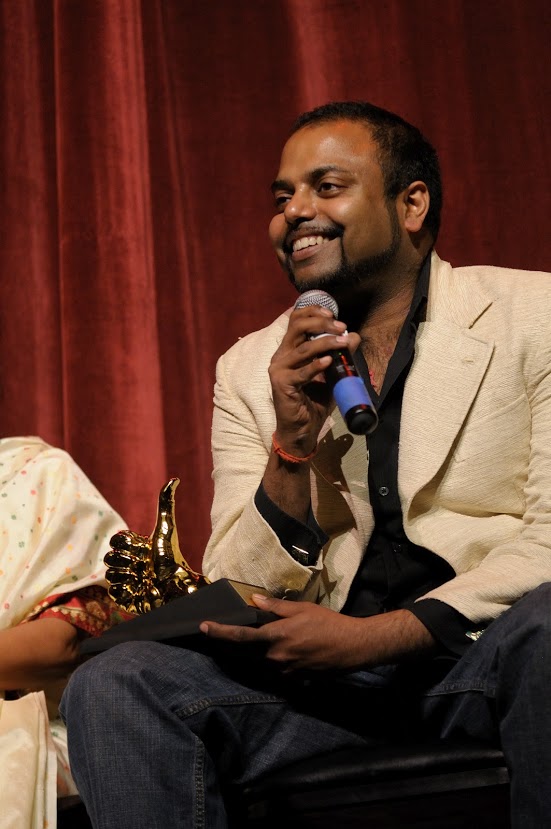 While most Indian families lived on Chicago’s North Side, eventually moving out to the North, Northwest, and Western Suburbs, Bhargava’s family established a long time residence on Chicago’s South Shore, living with friendship through all the neighborhood’s changes. In my conversations with him, he was very conscious of social and community activism, inspired by his mother, Ranjana, who has a long history of work in women’s causes in Chicago. Through his father Vijay, a decades-long participant in Roger’s “Film Study with Roger Ebert” at the University of Chicago and consummate student, he developed a love for learning. Prashant earned his education at Cornell and the Actor’s Studio.

He was a true auteur. Some auteurs resist categories and forms, rebelling against them. Some auteurs, push envelopes of structure and content. For Prashant, all the tools, genres, and techniques were options in his pallet, fusing various cultures and styles into a unique piece.  In other words, he was not bound by the limitations of the equipment or conventions of the media available to him.

He invested himself thoroughly in each of his films in ways rivaling the masters. He would personally research with the determination of a college academic and prepare for years before shooting. For “Patang,” he took residence in India, in the neighborhoods he would later film.

He would decide on every aspect of the work, including choosing lesser-used aspect ratios and compositions when he deemed appropriate. They have the feel of documentary, following subjects through an event. They are frequently unscripted, following improvised moments and conversation. He manages in each film to construct a narrative that is organic, and yet complex. His casts are usually a mixtures of of non-actors mingling with some of the best of Indian actors. His scores come from a wide variety of artists, and, sometimes from a live orchestra on site.

Thus, his films are hard to categorize as anything short of “art.” It is fitting that his final film was “Radhe Radhe” (2014) mixing Stravinsky’s “The Rite of Spring” with the Indian Spring Holi festival, synthesizing East and West into a way that embodied his own life experiences.

Prashant was such a friendly man, with the deep emotional well of a gifted talent. We would run into each other in Chicago at film events and take a moment to chat. As fellow South Asian South Siders, It always seemed as though we should become better friends, and now it is too late. But, knowing how much love permeated his relationship with his family supporting him through his wonderful creative endeavors, I can say that even though it was so short, his was a good, rich life.