While we rightly lament the lack of female screenwriters, female critics, and female executives working in the entertainment industry, there is one arena in which women are currently dominating—TV comedy. Tina Fey may have exited stage left but she left a cadre of talented comediennes to pick up the slack, including Amy Poehler, Julia Louis-Dreyfus, Zooey Deschanel, Patricia Heaton, Wendi McLendon-Covey, Lena Dunham, Emily Mortimer, the ladies of “Broad City”, and many more. Even though I have major issues with the writing within the deeply flawed CBS brand of comedy, it has nothing to do with the timing of Beth Behrs, Melissa McCarthy, or Anna Faris. Whereas Best Actor in a Comedy has been a tough one to fill at the Emmys over the last few years, Best Actress inevitably leads to some notable snubs. Two women almost certain to be excluded but helping to lead the way in TV comedy return next week with the mid-season premiere of “The Mindy Project” and the second-season launch of “Inside Amy Schumer”, both on April 1st. Mindy Kaling and Amy Schumer are confident, daring, vulnerable, and brilliant. There aren’t nearly enough people watching either show, especially Kaling’s FOX sitcom that keeps getting renewed despite low ratings. Let’s correct that. 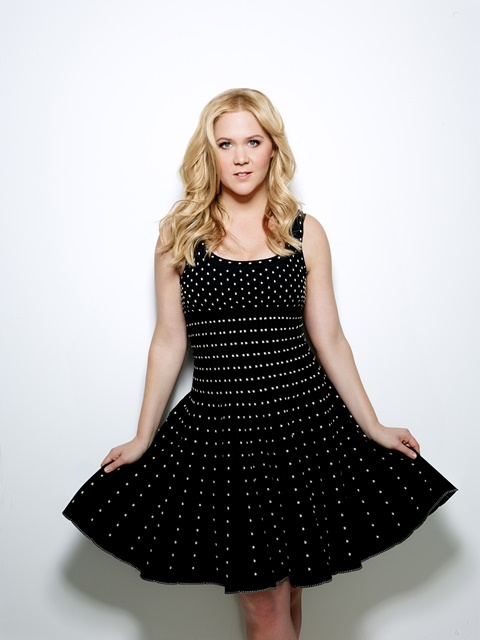 There are few comedians more fearless than Comedy Central’s Amy Schumer. Her sketch comedy show may sometimes come off as overly vulgar but that can be an easy way to dismiss the deep intelligence and social commentary underneath the dirty jokes. Her sexual humor is almost always self-deprecating, taking ownership of the way that male comedians have so commonly objectified their female counterparts and using it to her brilliant advantage. Whether she’s addressing the sexualizing of female tennis players, conversing with God (played perfectly by Paul Giamatti) only when she has an STD scare, or playing a war video game that allows you to be a female soldier but then leaves you in the barracks to be sexually assaulted, Schumer pushes boundaries for a reason. In the same way that Dave Chappelle used the Comedy Central platform to address racial issues in a way that sketch comedy hadn’t done before, Amy Schumer is really honing her craft in way that feels daring and new.

As with all sketch comedy shows, not every bit connects. A fake commercial for “Finger Blaster” chicken nuggets feels like it’s trying a little too hard, and bits often end at a point just past where they should, such as a promising sketch about female friends talking about being “SO bad” in terms of eating but not the other awful things they’ve done (caloric intake is a bigger sin than “an abortion so late-term that there’s no phrase for it.”) And yet every time you’re tempted to suggest that “Inside Amy Schumer” could potentially succumb to a sophomore slump, the writers bring it back around. The first three episodes contain a year’s worth of greatest hits. The season of “Inside Amy Schumer” opens with a fake focus group in which the men ignore how smart her comedy can be and can’t stop criticizing her looks. Given how popular I expect this show to be in its second season, it’s a bit that probably won’t work in season three.

Mindy Kaling’s FOX sitcom, returning with two episodes on April 1st, is more traditional than Schumer’s program but no less brilliant. The mid-season premiere—the show went off for a few months and slides back into Tuesday nights, now that “Brooklyn Nine-Nine” has ended for the year—picks up where the cliffhanger left off with Danny (Chris Messina) and Mindy (Mindy Kaling) trying to figure out their new relationship now that they’ve gone from friends to something more. The first episode is much smarter than the second but both are filled with witty dialogue that doesn’t call attention to itself while also pushing the characters forward. It’s often the smaller beats, a Kendrick Lamar reference at a funeral or what Dartmouth grads are called, that connect, while the writers never forget that it’s a character-driven comedy and not a situational one (which is why the sex tape situation of part two doesn’t quite work as well…feels too forced for this show).

After a slow start, “The Mindy Project” has developed one of the quickest wits on network TV and arguably its best ensemble. TV comedy can be about pushing buttons but sometimes it’s about finding the humor in the familiar; Kaling works more in the latter department, creating a show reminiscent of “Friends” or “Sex and the City” in what it says about people who work and love in modern city life. Her timing is simply perfect but the show clicked when the writers developed the ensemble, including Chris Messina, Ike Barinholtz, Ed Weeks, and, new this season, Adam Pally (and Bill Hader & Mark Duplass appear in the first pair). I’ve always said that a TV sitcom is only as good as its weakest supporting player and this show doesn't have an inferior player. Despite ratings not improving in season two to the degree that they should have, FOX has been behind the show, renewing it already for a third outing. Let’s do our part to make next year’s renewal more of an obvious decision.