He sings! He dances! He does dramatic work! He does imitations! He plays the drums! He gets the girls! Watch out, here he comes, ladies and gentlemen! Step right up and take a peek at the longest career in show business, ninety-one years or so! According to his puckish autobiography, Life Is Too Short (1991), Mickey Rooney made his first appearance on a vaudeville stage when he was seventeen months old. A pint-sized veteran at the age of five, Rooney was a profane little tough guy, brazen and vulgar and filled with demonic energy. He started making comedy silent shorts under the name Mickey McGuire when he was seven years old, churning out over sixty of them up to 1934. Before he signed with MGM in 1933, studio head Louis B. Mayer had told his mother, “Mickey McGuire is a has-been.” 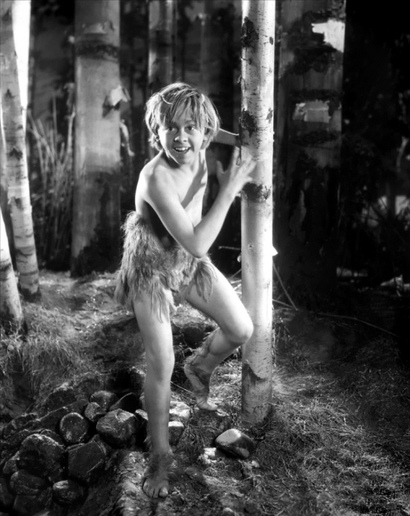 If you want to stay in show business as long as Mickey Rooney did, you have to hit that comeback trail early and prove yourself over and over again. As a teenager, Rooney did bit roles all over the MGM lot and he played Puck in "A Midsummer Night’s Dream" for impresario Max Reinhardt on stage in Los Angeles. When that production came to be filmed in 1935 at Warner Brothers, Rooney got to repeat his Puck for the camera, and stand back everybody! Watch out! Here he comes! No one before or since has ever been so turbo-charged on screen, so primal, so horny and sprightly and full of life and mischief and naughtiness. Rooney is the Puck by which all others should always and ever be judged.

He returned to his home lot and made "A Family Affair" (1937), the first movie where he played Andy Hardy, a rambunctious teenager who always has time for a serious talk with his wise father Judge Hardy (Lewis Stone). The Andy Hardy movies and the musicals Rooney began to make with Judy Garland made millions for MGM and made him the number one movie star in the country, a fact that he never tired of telling people during the rest of his long life. Rooney was the show-off of all time, a huge ham, a randy chipmunk gone berserk, and he didn’t labor over anything. Rooney wrote in his memoir that while he was ferociously weeping in a pull-at-the-heartstrings scene with Spencer Tracy in "Boys Town" (1938) he was simultaneously thinking about the bridge for a song he was writing. Yet see him on screen and he doesn’t seem unfocused; his talents ran so deep in so many different directions that they needed constant stimulation and fresh outlets. He would joke right up until they called “Action!” and that word would send him into “ a state of shock” in which to perform.

As he was making all these MGM movies, Rooney was having the time of his life with some of the most beautiful women of the twentieth century, and he was happy to kiss and tell, because that’s part of the show, folks! He wrote that Lana Turner had “the nicest knockers I had ever seen,” and colorfully reported that MGM grande dame Norma Shearer was like a “half-f***ed fox in a forest fire” during bouts in his dressing room. While he was dressed as Carmen Miranda for a gag in a movie, Rooney met a young Ava Gardner and started an all-out campaign to make her his wife and deflower her, and she finally relented because he couldn’t be stopped or resisted (laughing over his oversexed ways, Turner and Gardner used to call him Andy Hard-On). 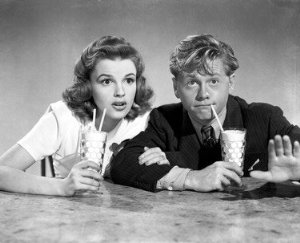 Garland was in love with him, and Rooney loved her too, but not in the way she wanted. “If I had not been tainted with the same phony Hollywood notions about who was beautiful and who was not, I would have fallen in love with her myself,” Rooney wrote. Tellingly, when he fantasizes in his memoir about marrying Garland and having children with her and getting her off of the pills she was taking, it sounds very much like a Hollywood fantasy. He would have eight wives in all, including Martha Vickers, the fire-alarm hot sister in "The Big Sleep" (1946). He saw the fun in sex: “What is an orgasm, after all, but laughter of the loins?” he wondered.

Rooney got an Oscar nomination for one of his best movies with Garland, "Babes in Arms" (1939), and he got another one for "The Human Comedy" (1943), a gentle William Saroyan story where he proved that he could be a major actor when given the right opportunity. If you want to see great acting with no fuss, just watch the scene from "The Human Comedy" where Rooney reads a telegram out loud from his brother, who is afraid he might be killed in World War II. Rooney knows this is a set piece and an opportunity for him, but he doesn’t milk it for applause or easy tears. He knows just how serious it is, and so he just tosses it off and breaks your heart with it. Look at the way he just sits there staring in front of him when he later finds out that his brother has been killed. Maybe he was thinking about the girl he was going to see that night, but if so, it just proves that great acting isn’t always about genuine and undiluted feeling or focus.

After he himself served in the war, Rooney came back to a studio and country that seemed tired of him, and he didn’t know what to do about that. He was let go by MGM, and he started to make some low-budget noir movies; his strike-up-the-band face became depressingly solemn, as if he were a kid being punished. He tried television and gave a devilishly convincing performance in "The Comedian" (1957) for "Playhouse 90", playing a successful comic who torments the people around him. “From 1959 to 1979, I did very few movies I could be proud of…most of them were crap,” Rooney said. Unfortunately, Rooney was convinced to appear in yellowface as Mr. Yunioshi in "Breakfast at Tiffany’s" (1961), and he went as hideously far as possible with the racial stereotype he was playing. Also unfortunately, "Breakfast at Tiffany’s" remains the best known and most shown movie on his almost endless resume, and it’s a blot on his career. 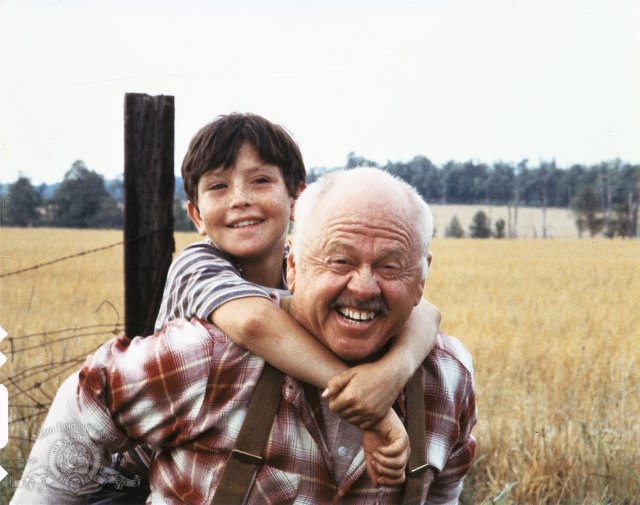 By 1970, Rooney was reduced to narrating and appearing in an exploitation picture with stag movie footage called "Hollywood Blue", but he was ready to hit that comeback trail again, first on stage with Ann Miller in "Sugar Babies" and then on film as the trainer in "The Black Stallion" (1979), which won him another Oscar nomination. He won an Emmy for playing a mentally handicapped man in "Bill" (1981), a shameless but very effective bit of awards baiting that played on his Dickensian sentimentality and out-of-time stuntedness. But then it was back to the wilderness. Rooney has 337 completed credits on IMDb, a forbidding number if ever there was one, and some of the later titles from the past twenty-five years are enough to drive anyone to drink. But you got to keep ‘em smiling! And Rooney was never good at keeping hold of money, even when he had it, so the show had to go on.

I saw Rooney live with his last wife Jan in a nightclub act at the Irish Repertory Theater in 2004. He came out like an elderly toddler who had been shoved on the stage by his parents and rasped a song called, “Nothing Can Stop Me Now!” After the applause died down, he looked out at us and said, “Ladies and gentlemen, this is what’s left of Mickey Rooney!” There was a lot of rage in what he did, and a lot of maudlin yanking at the tear ducts, too, but Lord, what a trouper! Toward the very end of his life, when he had tried and conquered practically every form of show business known to man or beast, Rooney even shot a pilot for a reality TV show, which did not get picked up. As he sat in a car with his wife Jan, Rooney laid out what might have been his motto: “The minute you’re born,” he said, “you’re running out of time.”

Mira Nair’s Charming A Suitable Boy Miniseries Will Transport You

A Sense of Peace Being Restored: Andrea Riseborough and Zeina Durra on Luxor